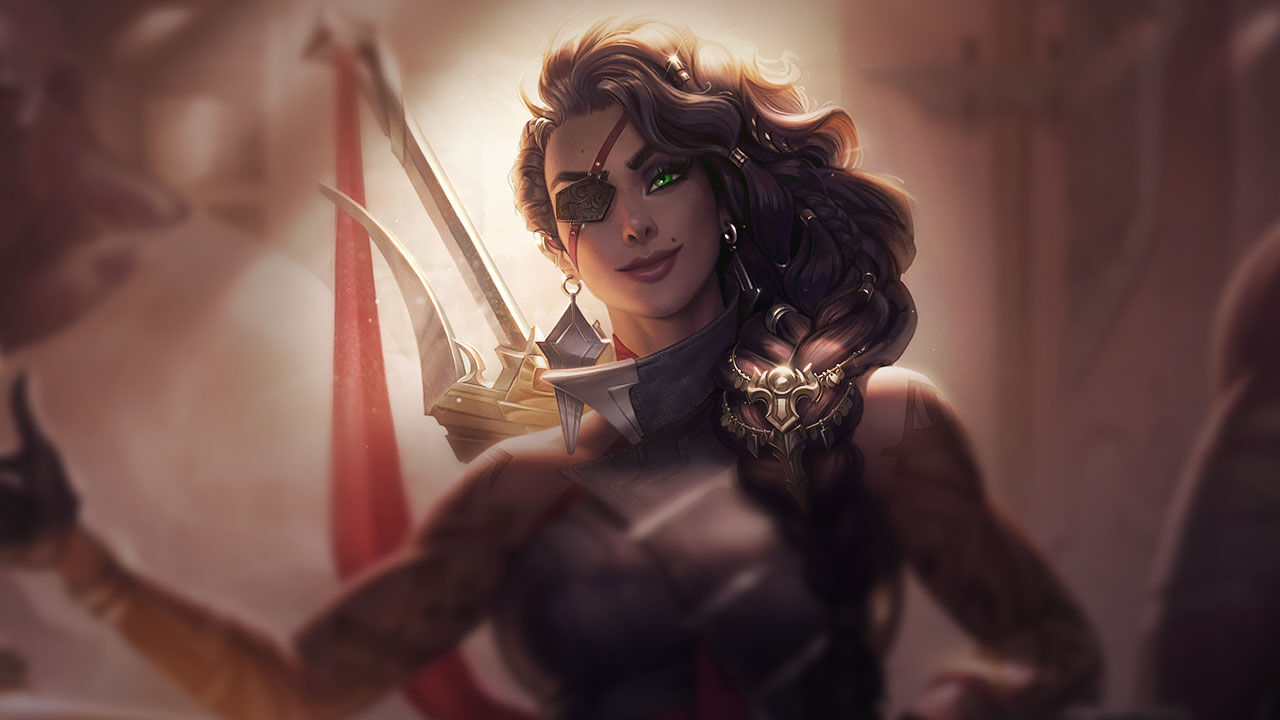 Samira is a champion in League of Legends.[1]

Innate - Style: Samira's damaging basic attacks and abilities against at least one enemy

champion different from the previous damaging hit made against champions generate a Style stack for 6 seconds, which refreshes on subsequent hits and stacks up to 6 times.

200 range use her blade, becoming

Wild Rush, and the slash and explosives of

Samira's basic attack against an

immobilized target is empowered to have an

uncancelable windup and deal the attack's damage over 6 strikes in 0.5 seconds. If the target is a

knocks them up for 0.5 seconds. Samira will

attack range from the target if they are nearby, though not through terrain.

on-hit effects only once, and cannot occur on the same target more than once every few seconds.

Active: Samira fires a shot in the target direction that deals physical damage to the first enemy hit.

If a targetable enemy is in front of Samira at the time of cast, she will instead slash with her blade in a cone, dealing the same damage to enemies hit.

Wild Rush will deploy explosives in her wake that detonate upon the end of the dash, dealing the same damage to enemies hit. This can be done while performing

Inferno Trigger despite Flair being disabled during them.(bug)

35%) bonus physical damage and will apply

projectiles within the area for the duration.

Samira slashes twice during Blade Whirl, each one dealing physical damage to all nearby enemies. The first slash occurs immediately and the second one occurs after the duration.

dashes in the direction of the target enemy or enemy

structure, dealing magic damage to enemies she passes through. She also gains

champion within 3 seconds of damaging them

Blade Whirl will buffer it to cast at the end of the dash.

Active: Samira unleashes a torrent of shots for 2.277 seconds, reducing her movement speed by 30% and rapidly shooting at nearby enemies over 2.013 seconds at sporadic times in 0.2-second intervals each, dealing physical damage with each shot, reduced by 75% against

visible enemy is required to cast this ability, and targets do not have to be visible to be shot at.

Style stacks are consumed at the end of the effect.

cast-inhibiting crowd control as well as

prevents her from inputting attack commands and casting non-movement abilities, and she may only interrupt it herself with a movement command. After 3 seconds without interruption, she will toss a

coin in the direction she is facing.

If she has at least

Daredevil Impulse but granting them

visible enemy champion, Samira will turn to face towards the closest one to perform the animation.

1 but not triggering other effects.

"Buy something nice. On me."
Info 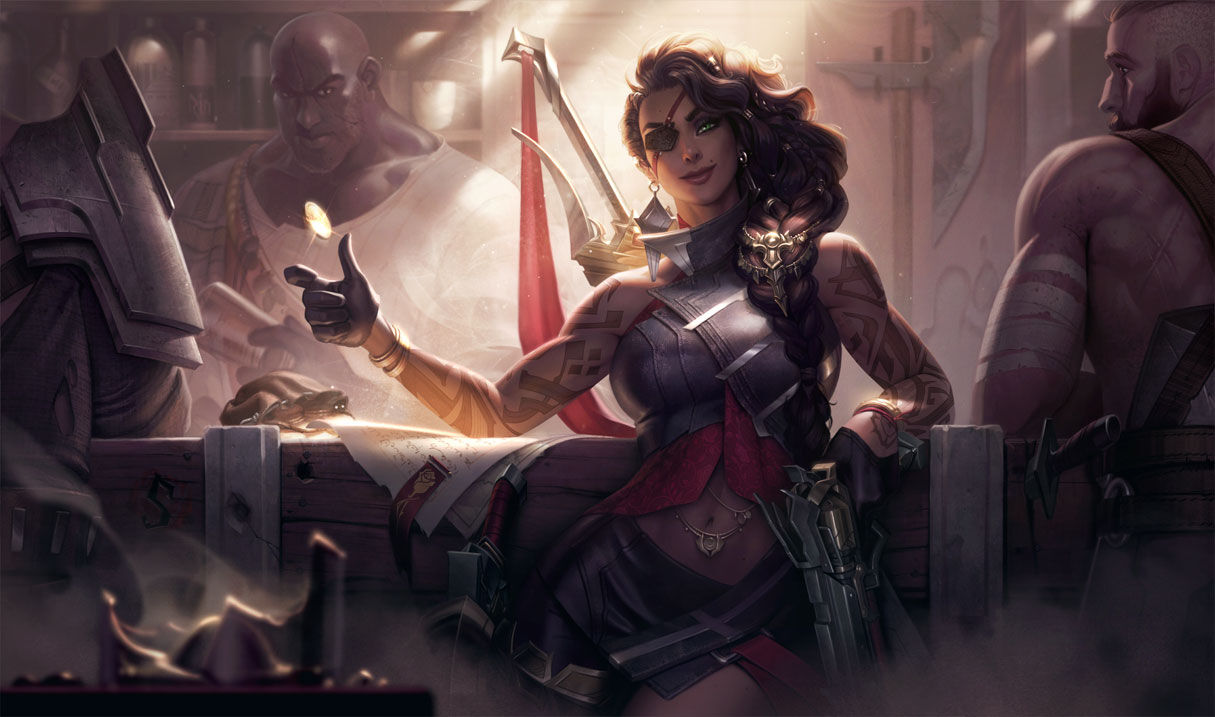 975
21.09.2020
Samira stares death in the eye with unyielding confidence, seeking thrill wherever she goes. After her Shuriman home was destroyed as a child, Samira found her true calling in Noxus, where she built a reputation as a stylish daredevil taking on dangerous missions of the highest caliber. Wielding black-powder pistols and a custom-engineered blade, Samira thrives in life-or-death circumstances, eliminating any who stand in her way with flash and flair. 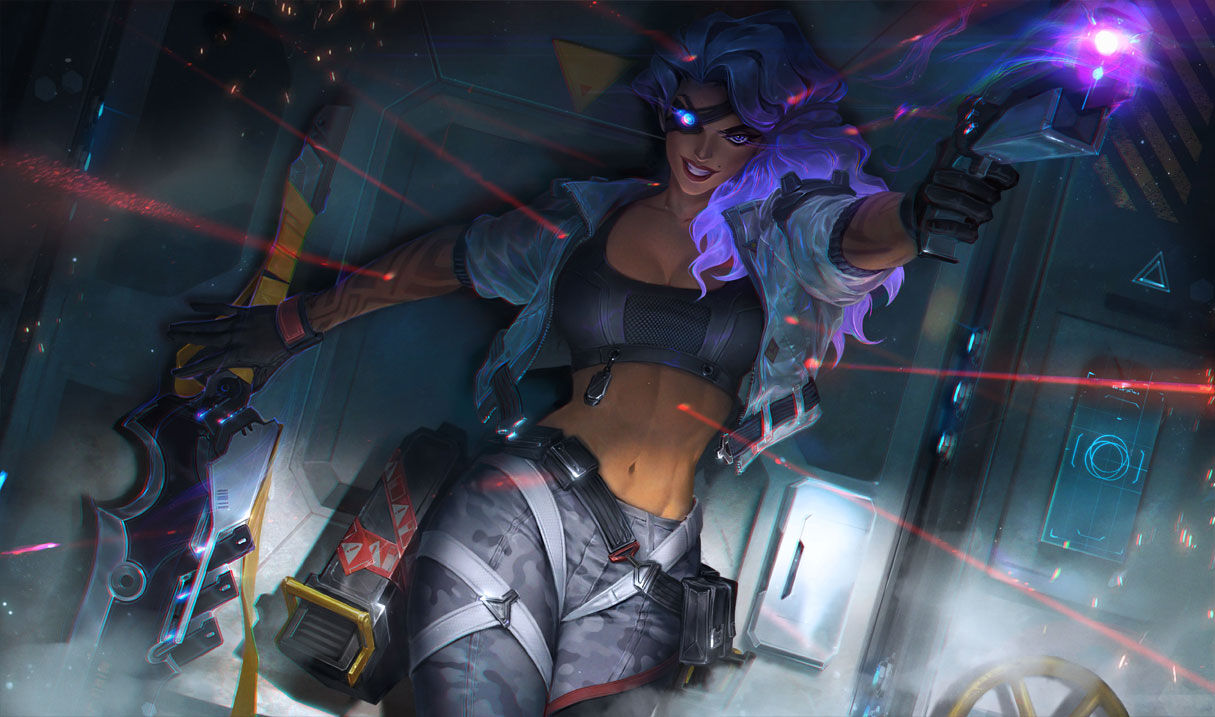 1350
21.09.2020
Fearless and deadly, Samira was once a renowned soldier of fortune. A born thrill seeker, she fights not for fame or wealth, but to push the limits of her skill. Through intense training, her innate psychic powers have been fully unleashed, allowing her to turn every mission and every kill into a thrilling display of stylish flair. 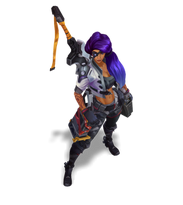 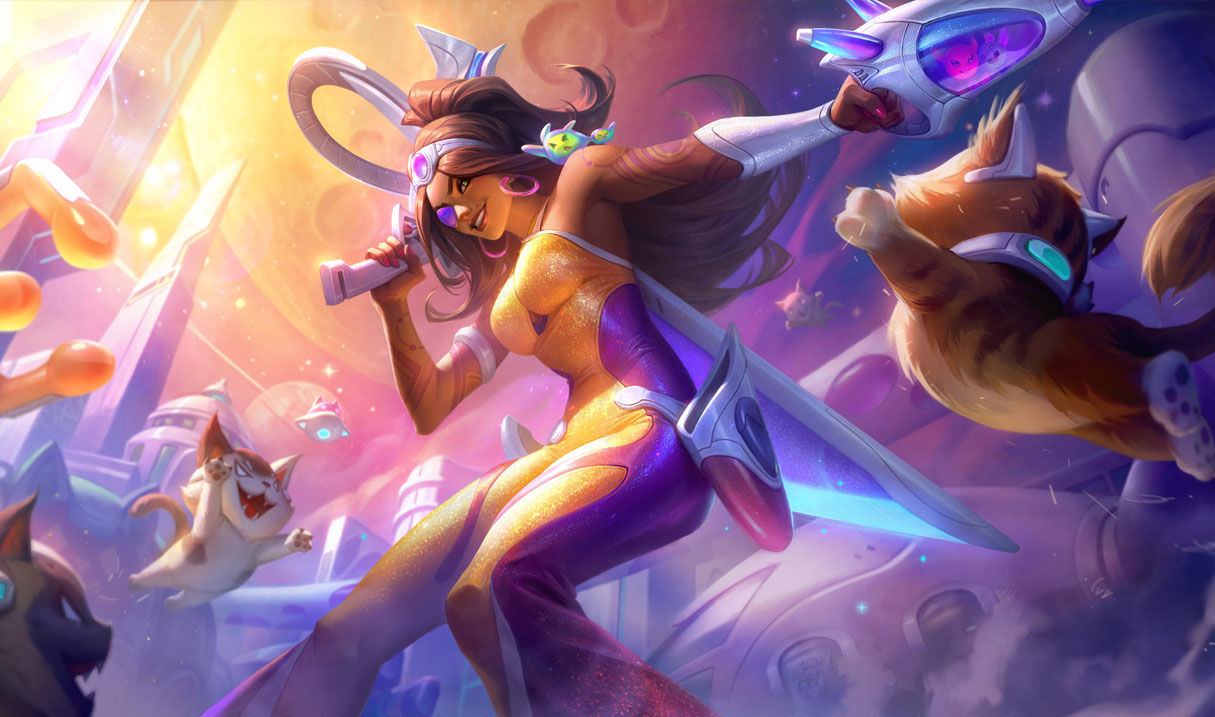 1350
01.04.2021
A groovy, thrill-seeking bodyguard and elite warrior from the Hot Tub Nebula, Samira took a job directly from the Three Party Goddesses to save Lux from an impending invasion of the Normal World. Now, as the pair liberate planets across the galaxy, Samira must do everything in her power to keep Lux safe—both from Lissandra and from Lux's own lack of self preservation instincts. 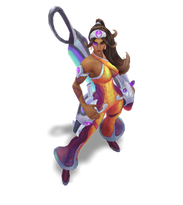 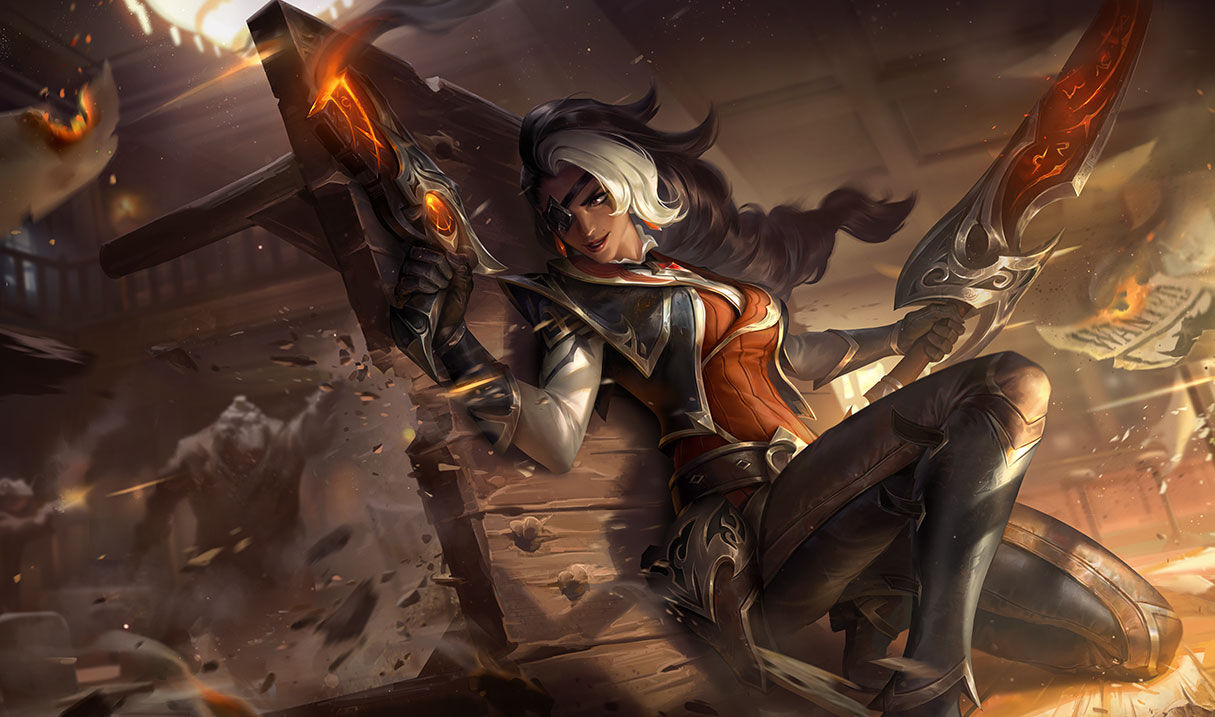 1350
26.05.2022
The poster was straightforward enough: “WANTED: Tahm Kench - Devil, DEAD OR ALIVE”, followed by a generous sum. Only the Mechanical Devil's got that kinda cash to pay. Samira ain't sure why the other bounty hunters seemed so spooked by a little ol' devil hunt. Well, let 'em shy away. This gunpowder witch don't scare easy. 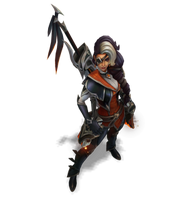