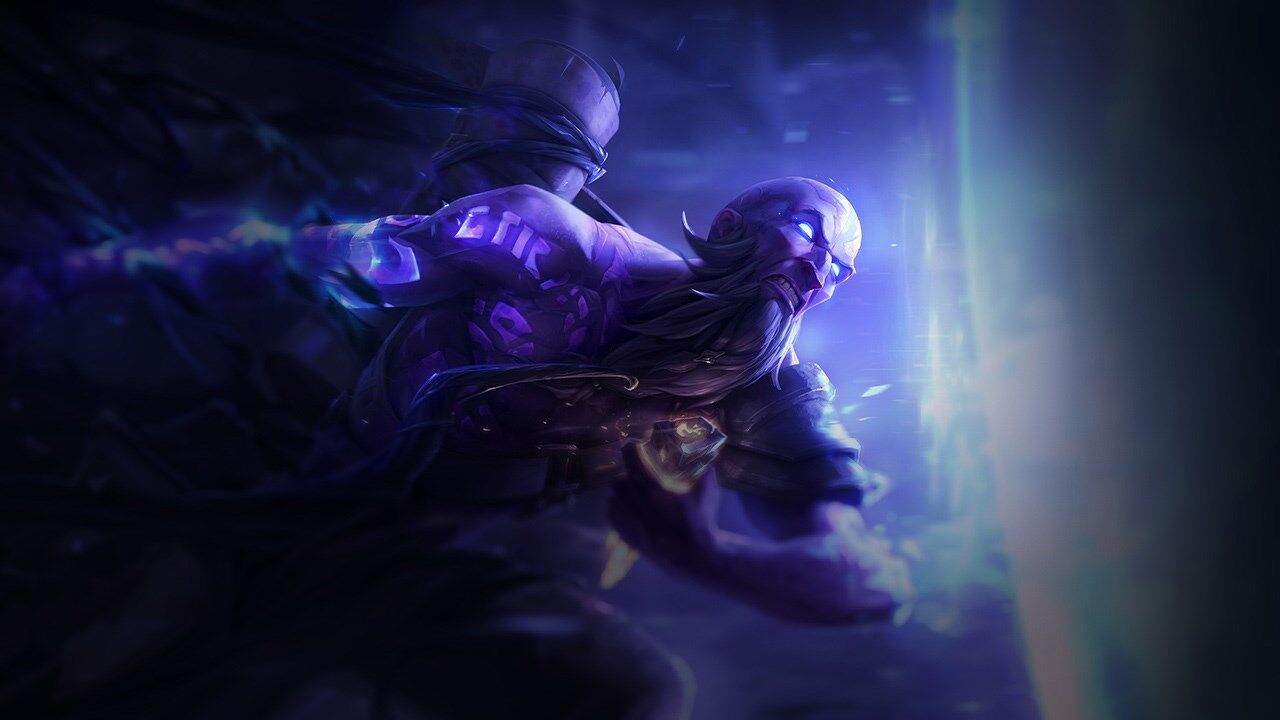 Ryze is a champion in League of Legends.[1]

Overload's cooldown and charge a

Active: Ryze unleashes a runic blast in the target direction, dealing magic damage to the first enemy struck and consuming all of his

If Ryze consumes 2 Runes, he gains

increased damage, and spreads to all nearby enemies marked with Flux.

slow is converted to a

root for the same duration.

Active: Ryze hurls an orb of runic energy at the target enemy, dealing them magic damage.

Spell Flux marks the primary target and all enemies near them with Flux for 3 seconds. Ryze's basic abilities against enemies with Flux consume the mark to become empowered.

Overload's damage against targets marked with

Active: Ryze opens a portal on the ground at his current location and

channels for 2 seconds, then all allied units within the portal

blink to the target location upon completion and become

Realm Warp casts at maximum range if cast beyond that.