on-hit effects at 100% effectiveness and are affected by

critical strike modifiers.
The bolts will target the closest enemies to you that are not the main target.

Limited to 1 Runaan's Hurricane. Can only be purchased on

Runaan's Hurricane is a legendary item in 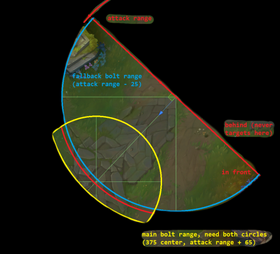 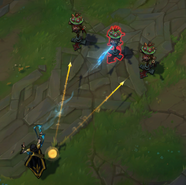