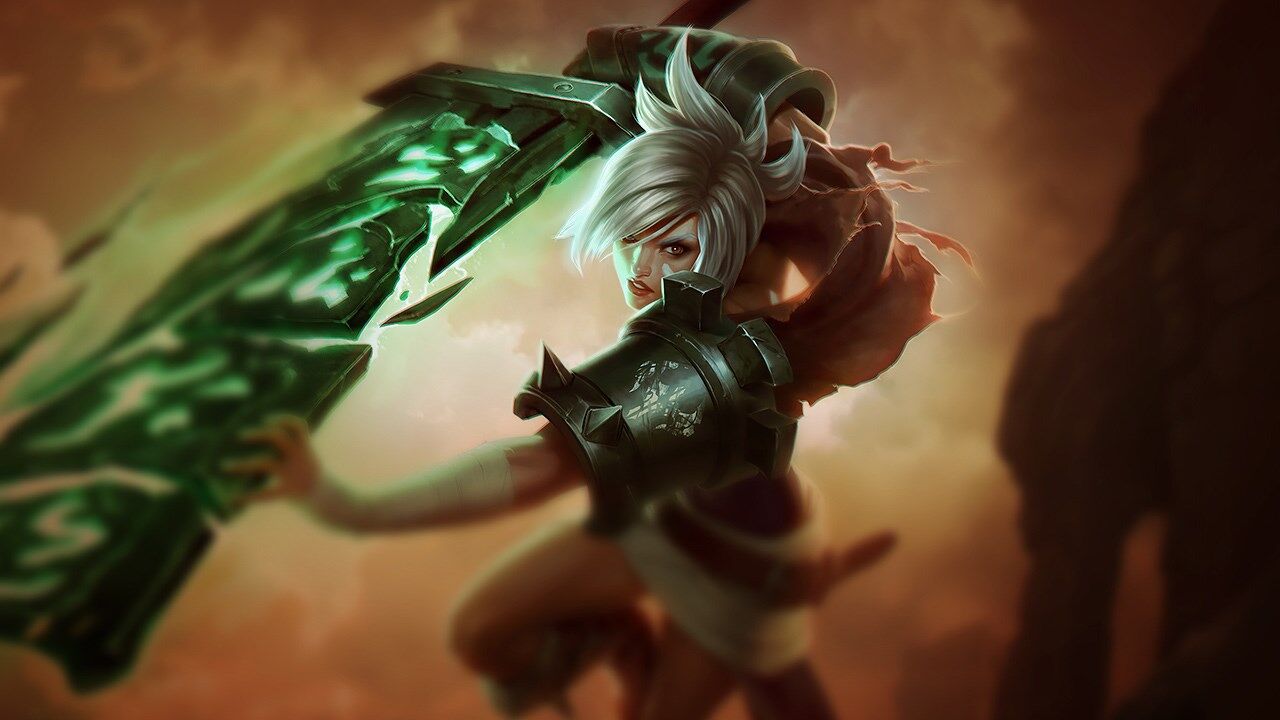 Riven is a champion in League of Legends.[1]

Innate: Riven's ability casts generate a stack of Charge that lasts 6 seconds, which refreshes on subsequent casts and stacks up to 3 times. Riven's basic attacks consume a stack to deal 30% − 60% (based on level) AD bonus physical damage.

The bonus damage is affected by

Riven slashes with her sword for each of the three casts, dealing physical damage to enemies struck within an area,

dashes up to 225 units towards the target enemy or in the direction she is currently facing, striking enemies in the target area 100 units away. This cast cannot cross terrain.

knocking back enemies hit 75 units over 0.5 seconds. This cast can cross terrain.

Active: Riven emits a flash of runic energy before the cast time, dealing physical damage to nearby enemies and

stunning them for 0.75 seconds.

dashes to the target location, though not through terrain, while

shielding herself for 1.5 seconds.

Other abilities can be cast during the dash, and

Broken Wings may be cast during

Blade of the Exile cast times if they're used at the end or briefly after the dash.(bug)

Valor will cast at max range if cast beyond that.

Blade of the Exile

Blade of the Exile

After 0.5 seconds, she can cast

Wind Slash within the duration.

"I am awakened."
Edit

Active: Riven unleashes a wave of energy in a cone in the target direction that deals physical damage to enemies hit once, increased by 0% − 200% (based on missing health). 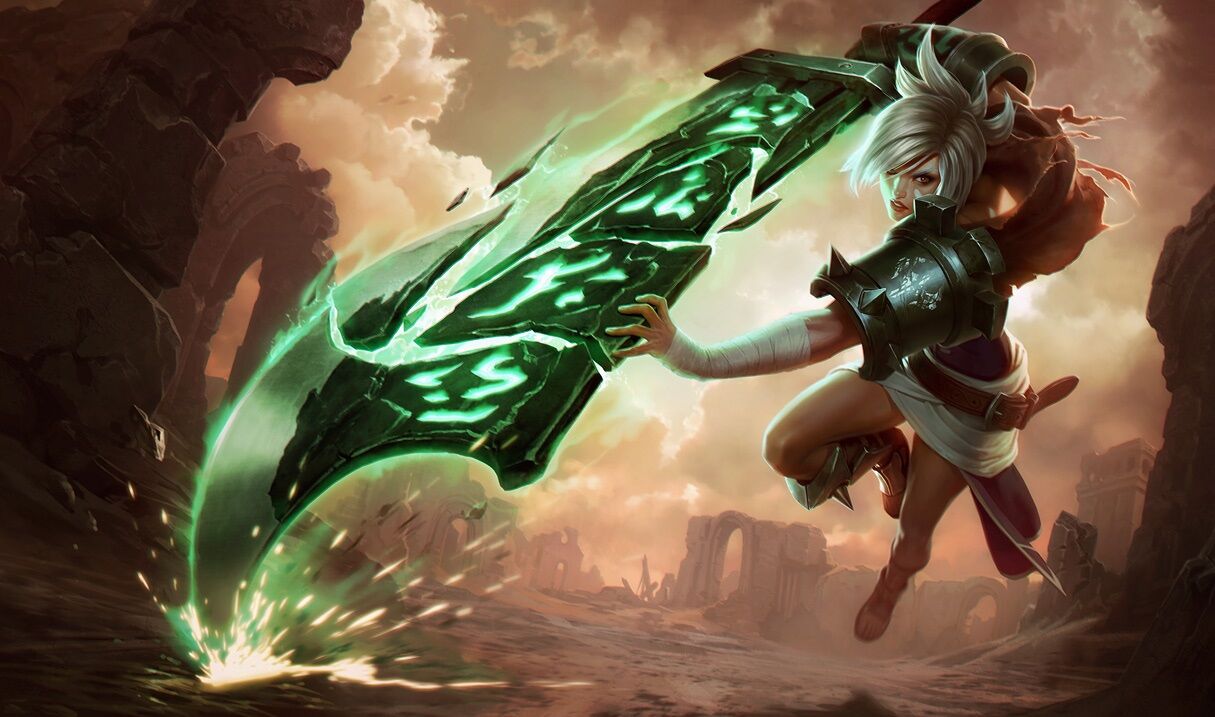 880
14.09.2011
Once a swordmaster in the warhosts of Noxus, Riven is an expatriate in a land she previously tried to conquer. She rose through the ranks on the strength of her conviction and brutal efficiency, and was rewarded with a legendary runic blade and a warband of her own. However, on the Ionian front, Riven’s faith in her homeland was tested and ultimately broken. Having severed all ties to the empire, she now seeks to find her place in a shattered world, even as rumors abound that Noxus itself has been reforged… 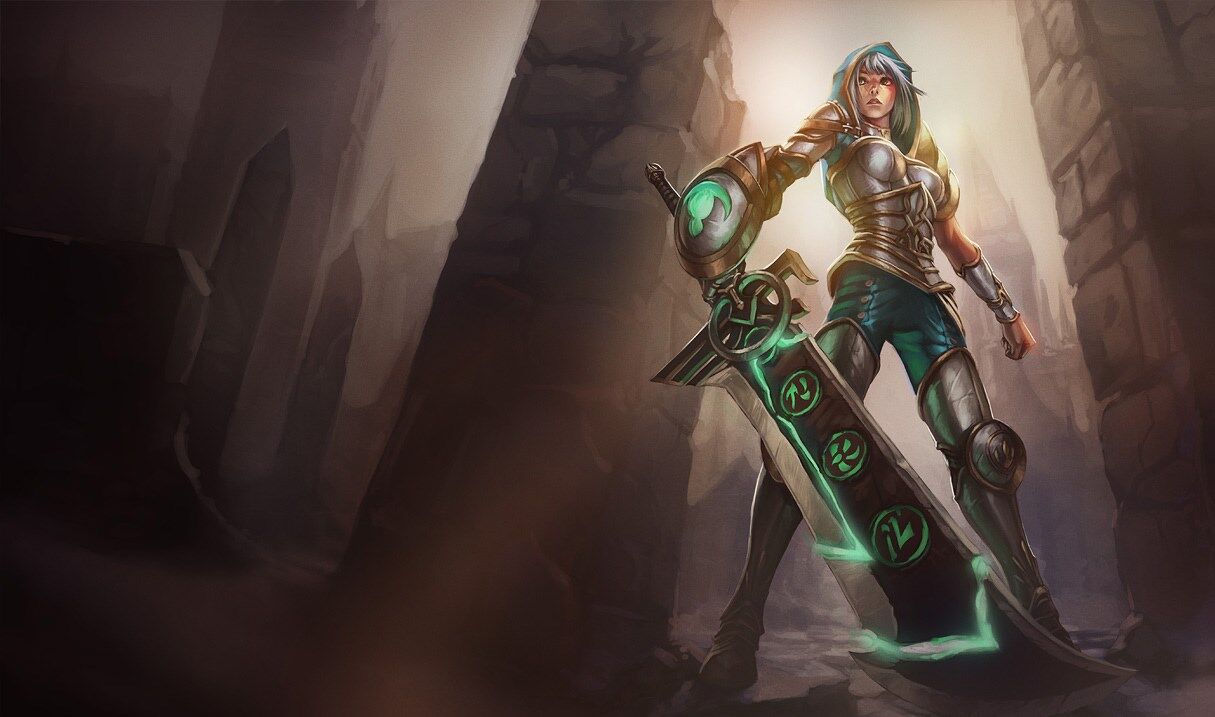 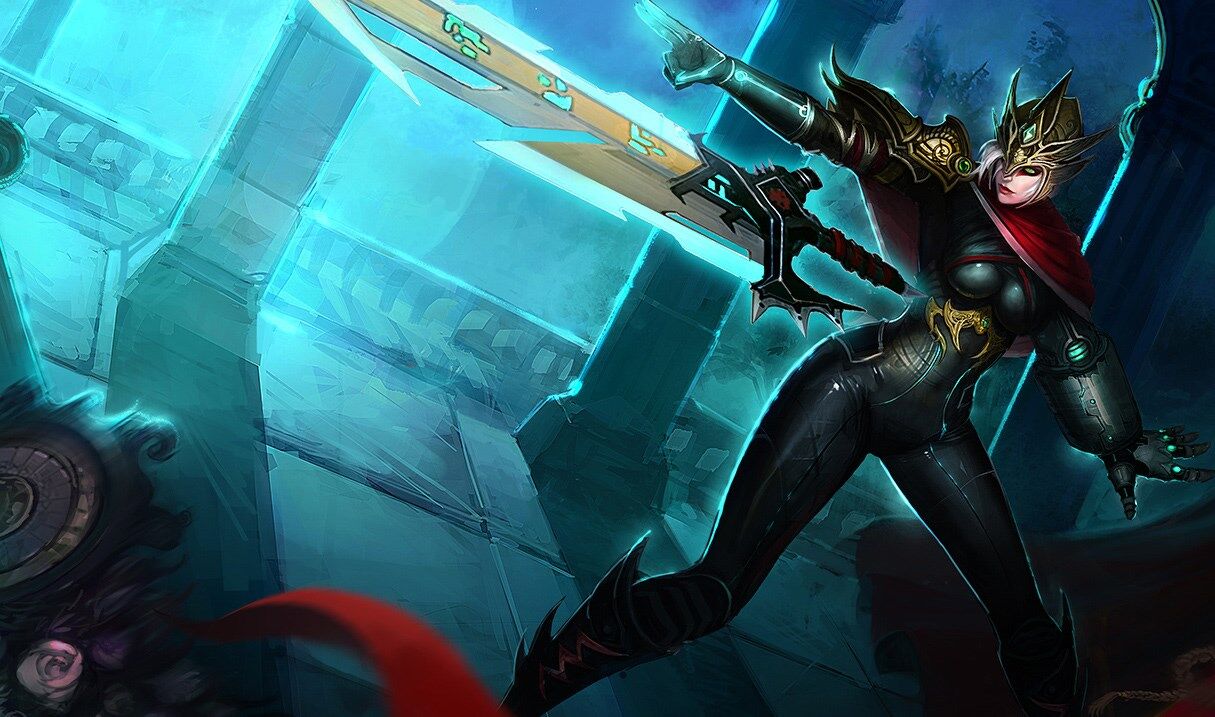 520
14.09.2011
Though officially listed as killed in action, the rogue operative with the broken blade harbors no regrets for abandoning her comrades in their most dire moment. A turncoat become mercenary, she operates in the outer limits of civil society, lending her blade to the highest bidder. 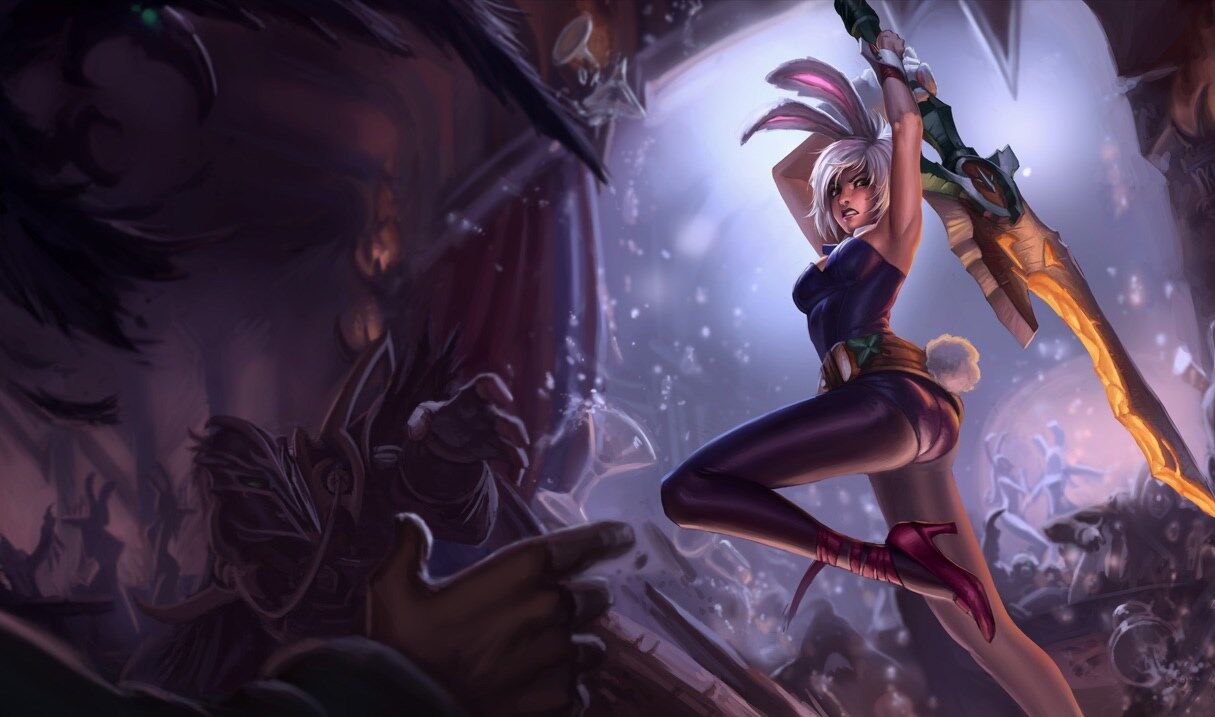 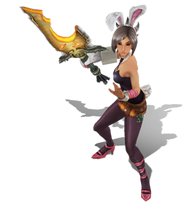 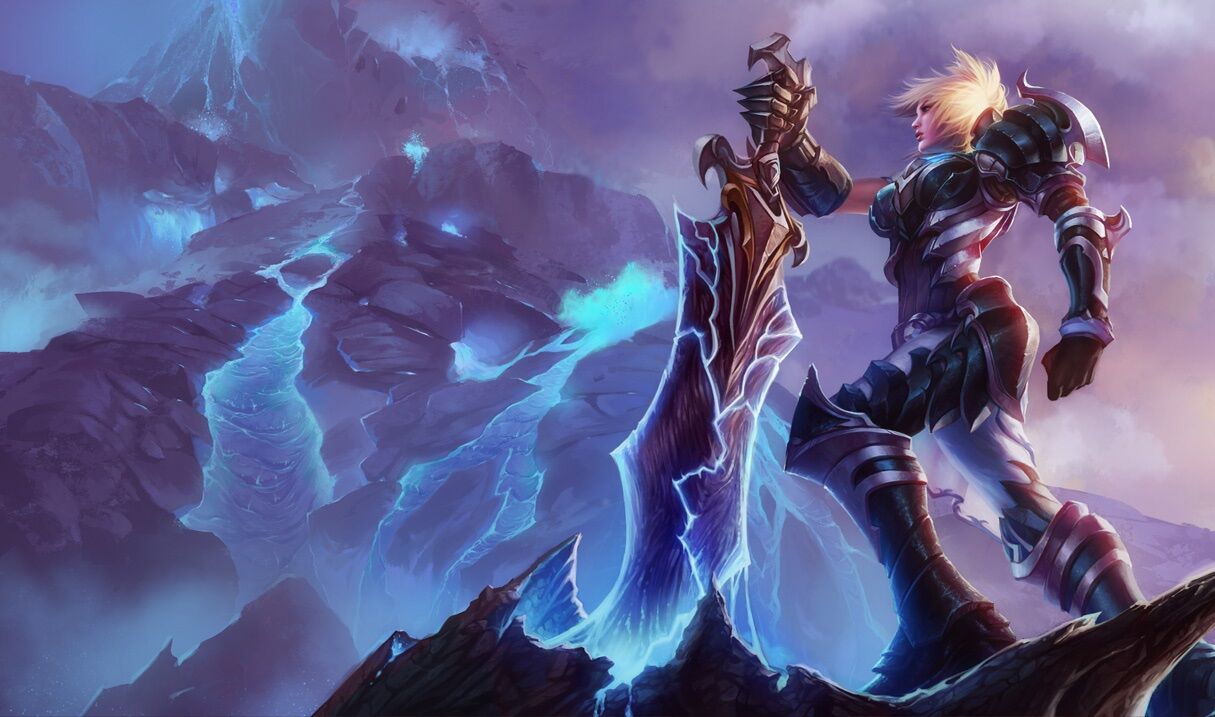 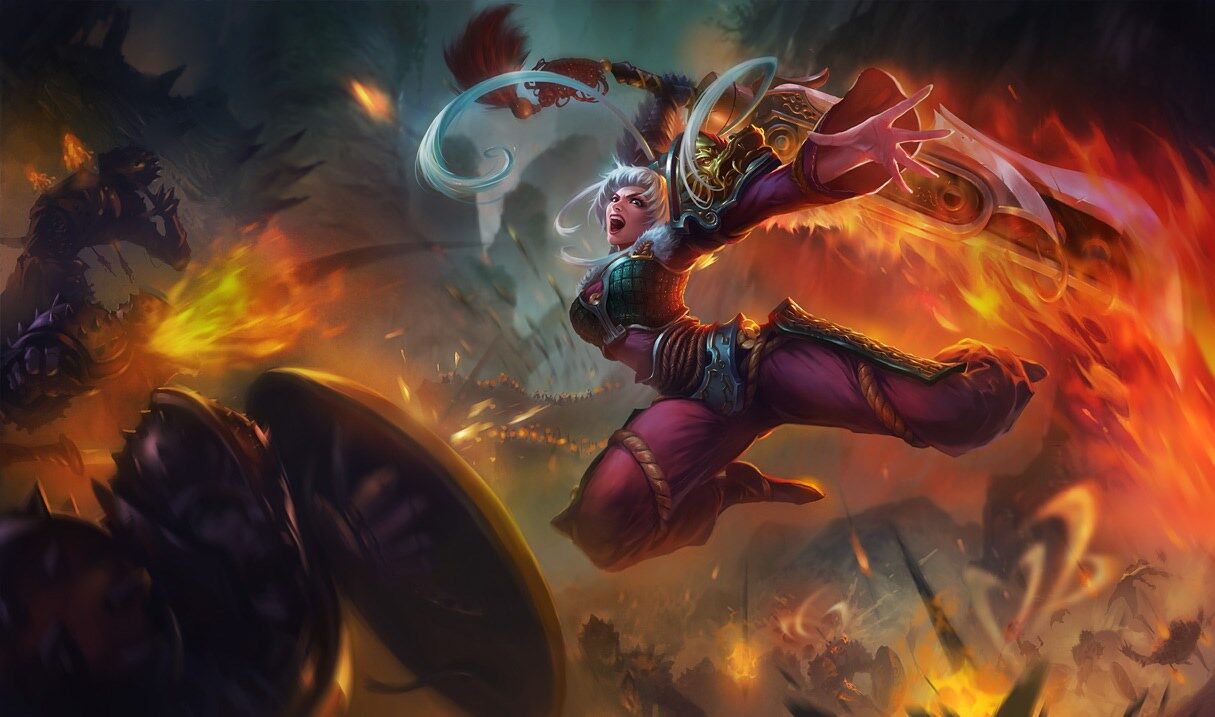 1350
28.01.2014
One tale of the kingdoms tells of Riven, her sword forged in dragonfire, descending into an enemy enclave in the aftermath of battle. Slaying her foes and freeing their captives, she rampaged across the countryside, crushing any who would enslave the innocent. 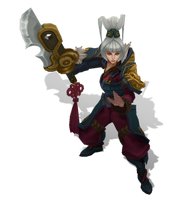 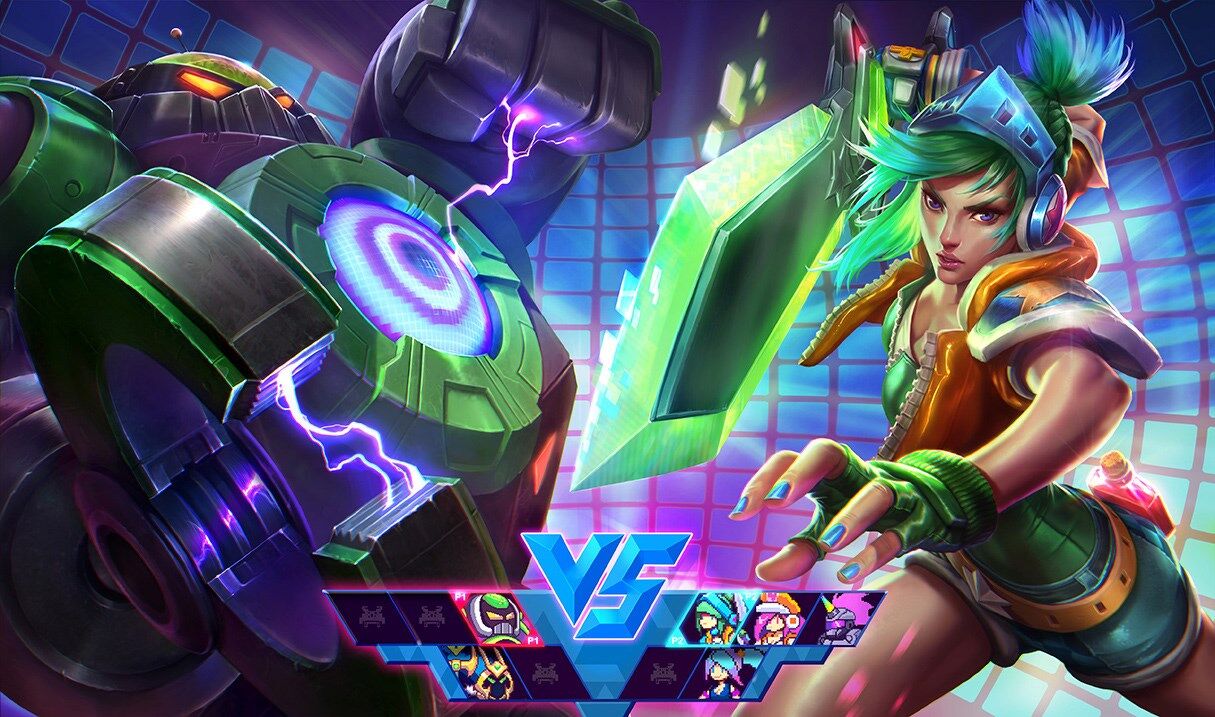 1350
19.08.2015
Riven's part-time job at an arcade mostly involved playing dance simulators after her manager went home. Digitally transported to Arcade World by even scarier bosses, she's now using her moves (and some gear from her favorite RPG) to tear up Veigar's regime, one enemy at a time. 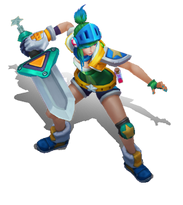 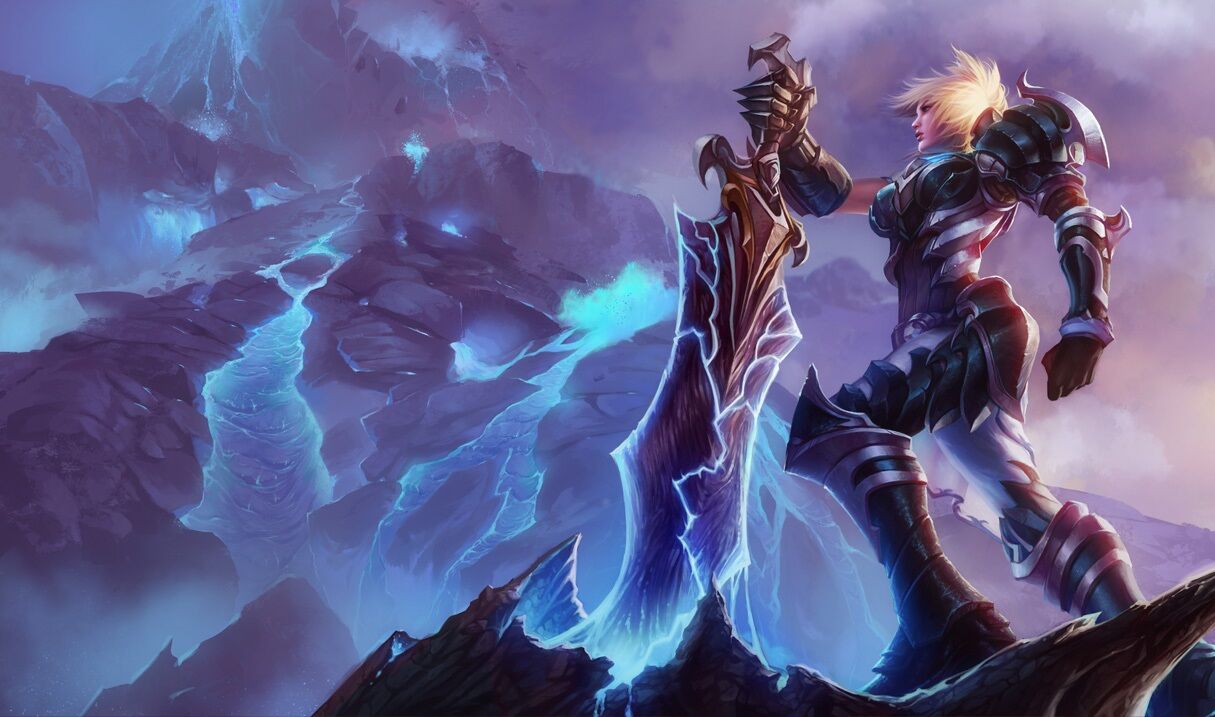 975
25.09.2016
A revamped version of Championship Riven, celebrating the 2016 World Championship in North America. 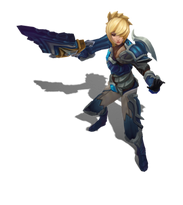 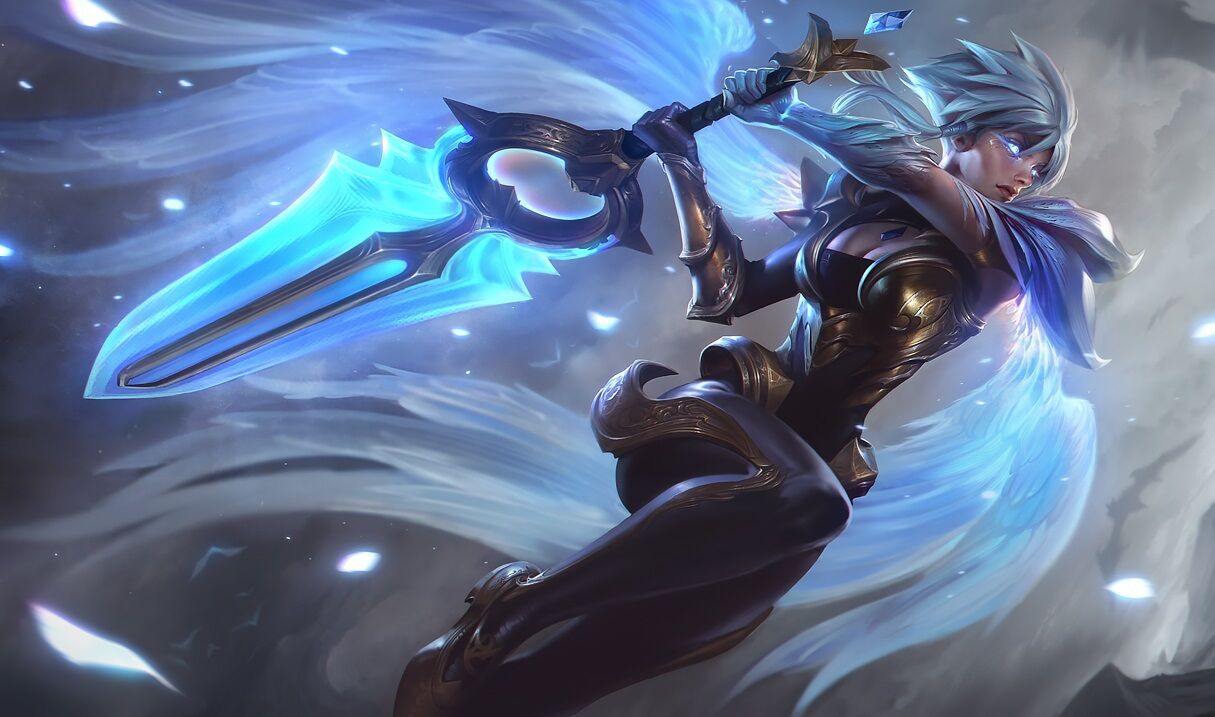 1820
14.06.2017
Born from swirling energies at the dawn of creation, Riven is the living embodiment of order in the cosmos. Fated to clash against the Nightbringer for all time, she awaits a day when her light will finally break his darkness. 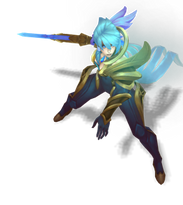 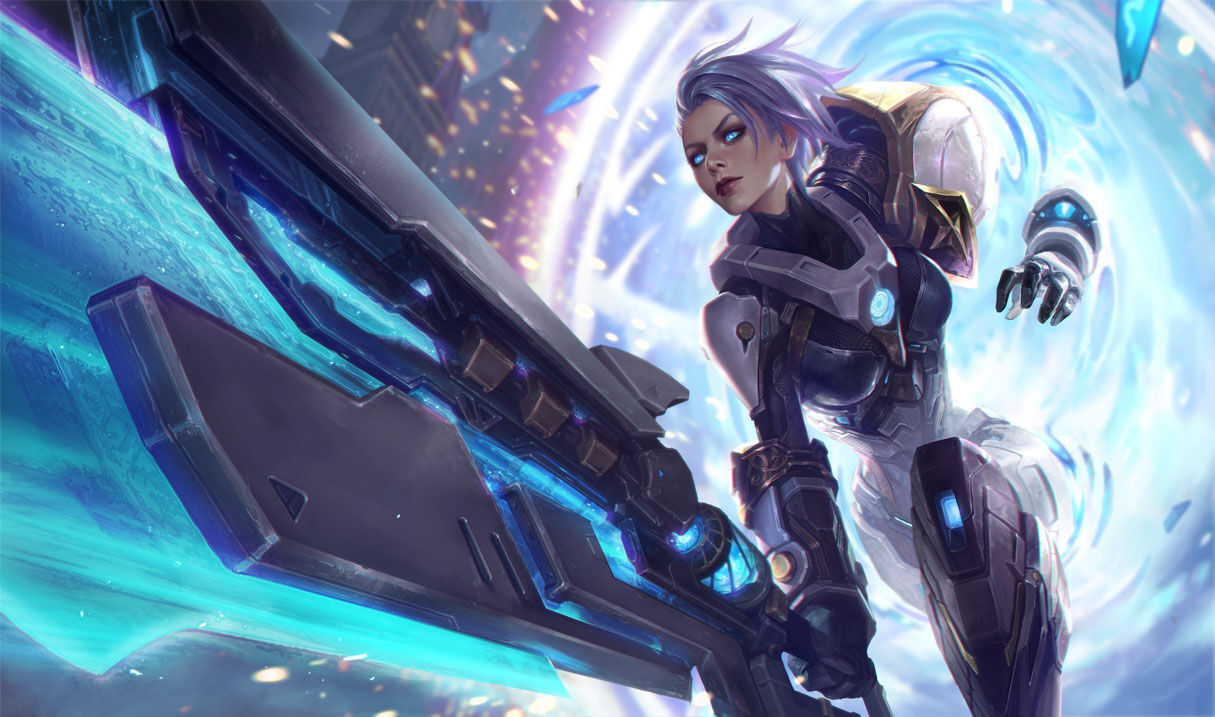 1350
17.05.2018
A worshipper of temporal purity, Riven knows there are many others who would rather see time manipulated in their favor. These heretics give her blade purpose—she can only find true solace in eliminating all who would disturb the natural order. 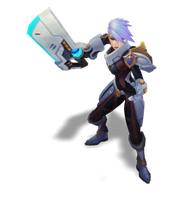 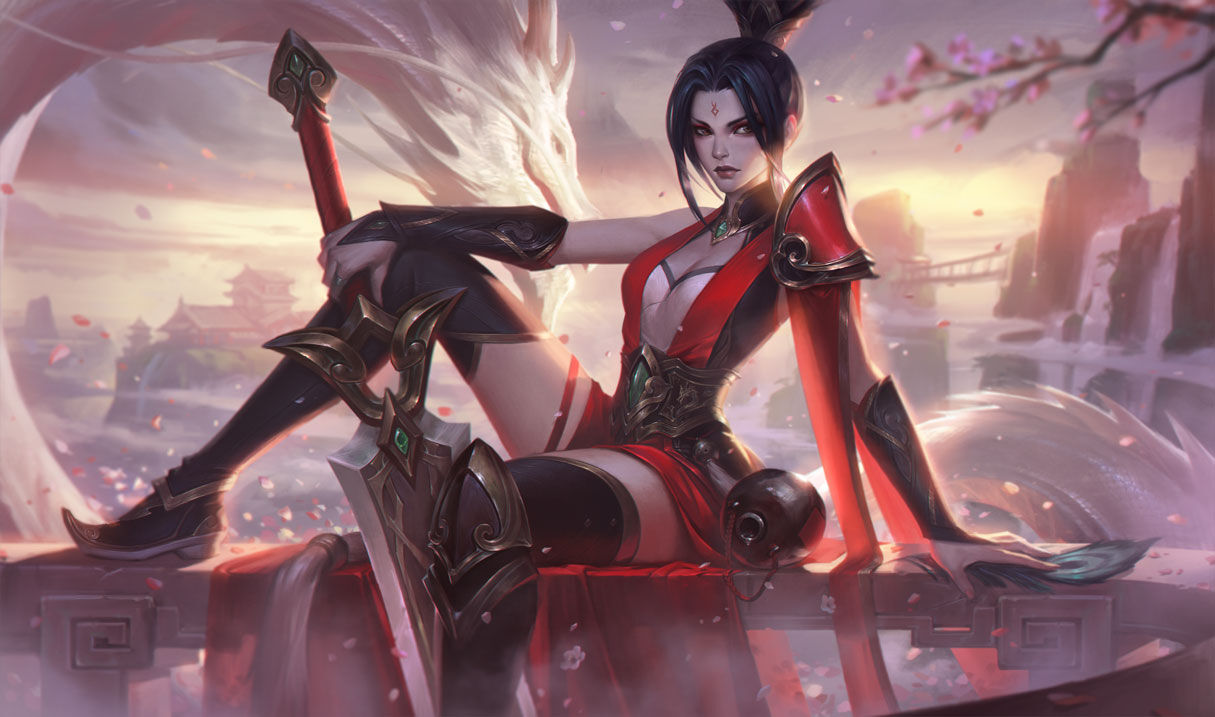 1350
26.09.2019
Riven trained with Morgana in the arts of politics and war for many years, but where Riven walked the path of justice, Morgana envisioned a world ruled by the gods alone—ultimately defeating their master and assuming the title of empress. Now tasked with bringing her friend to heel, Riven must face Morgana in combat… or join her. 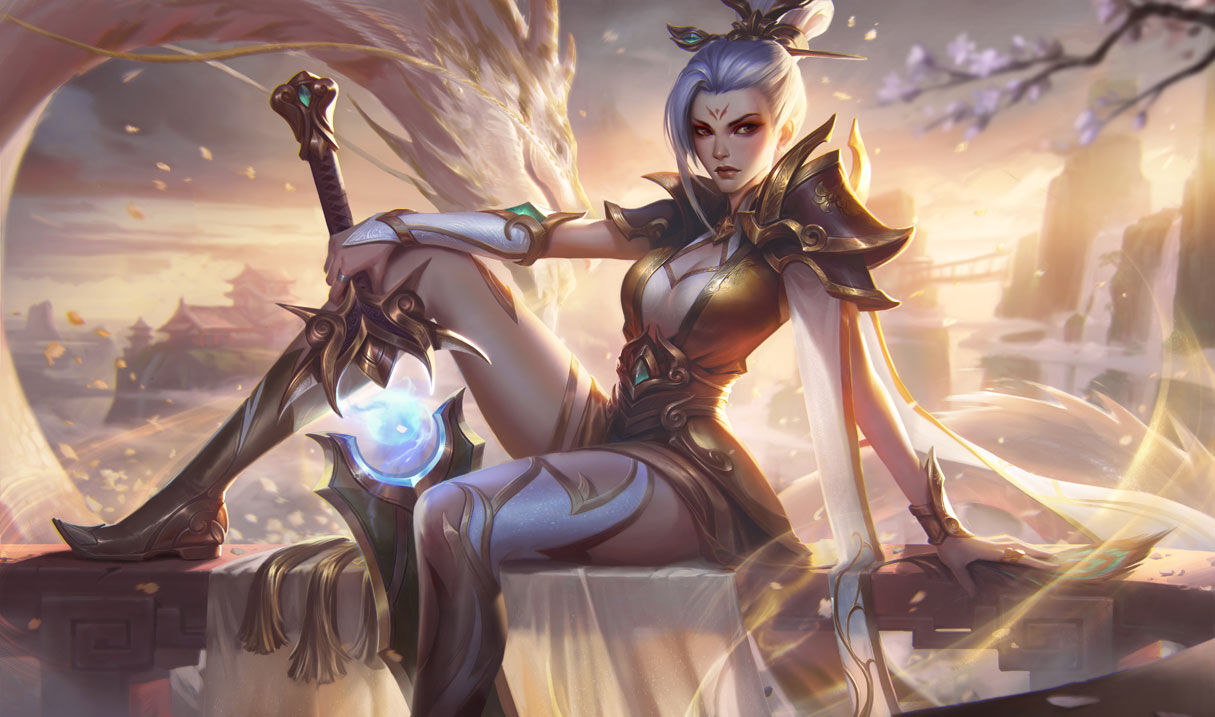 Prestige Valiant Sword
View in 3D
Special
26.09.2019
Riven's destiny is greater than she knows. One day she will determine the fate of the heavens, land, and sea, and awaken the slumbering power of the dragon within her. 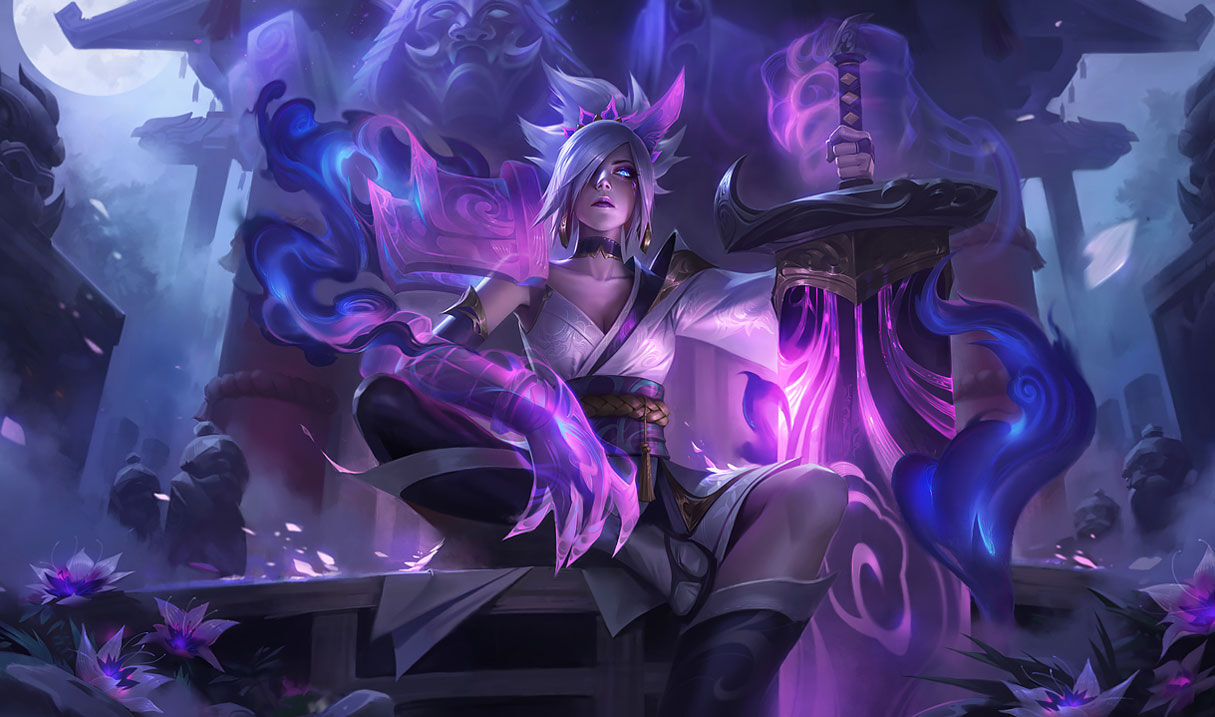 1350
06.08.2020
A brave warrior from an ancient land, Riven was ignobly cut down in the heat of battle thousands of years ago, her sword shattering in the process. Unable to find peace, she obsessively scours an otherworldly battlefield for pieces of her broken blade, possessed by a horrific darkness that guides her into oblivion. 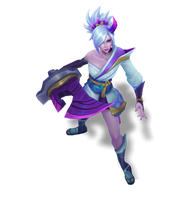 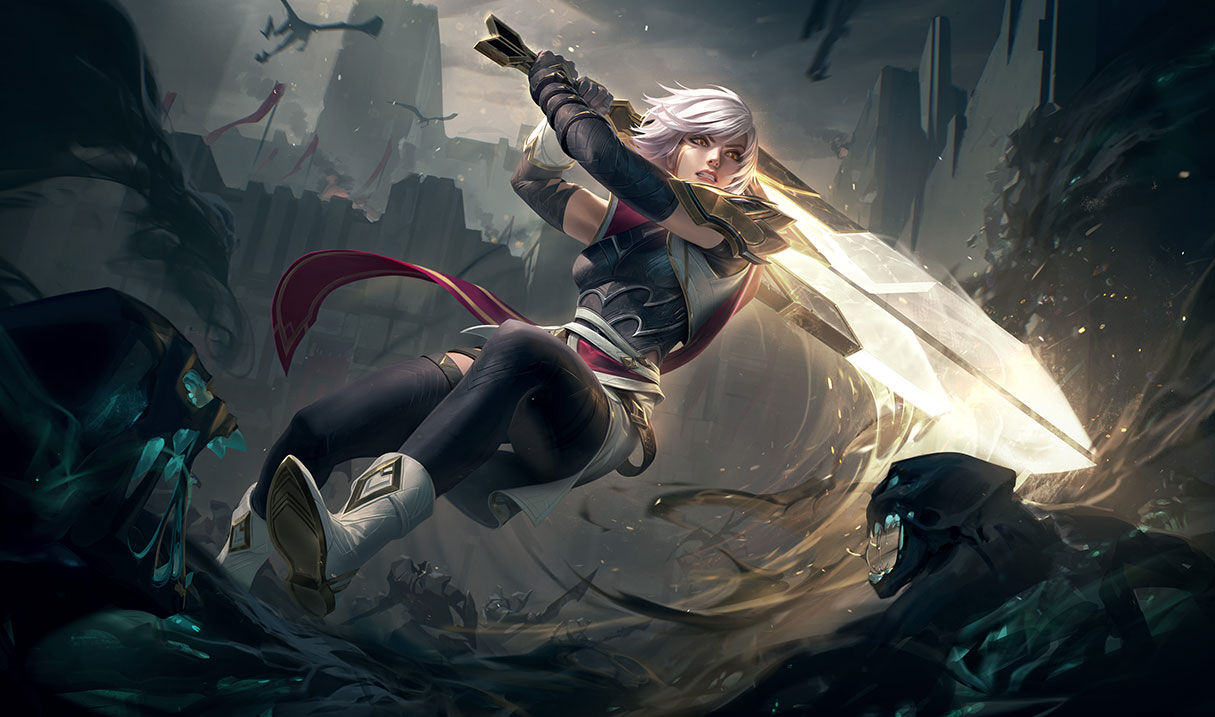 1350
08.07.2021
Riven joins the Sentinels hoping to atone for her role in the Noxian invasion of Ionia. After fighting her way out of a rapidly destabilizing City of Noxus, she understands that her time may be fleeting. However, she believes her life is a small price to pay to make amends. 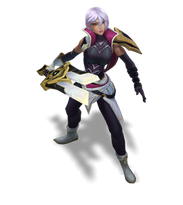 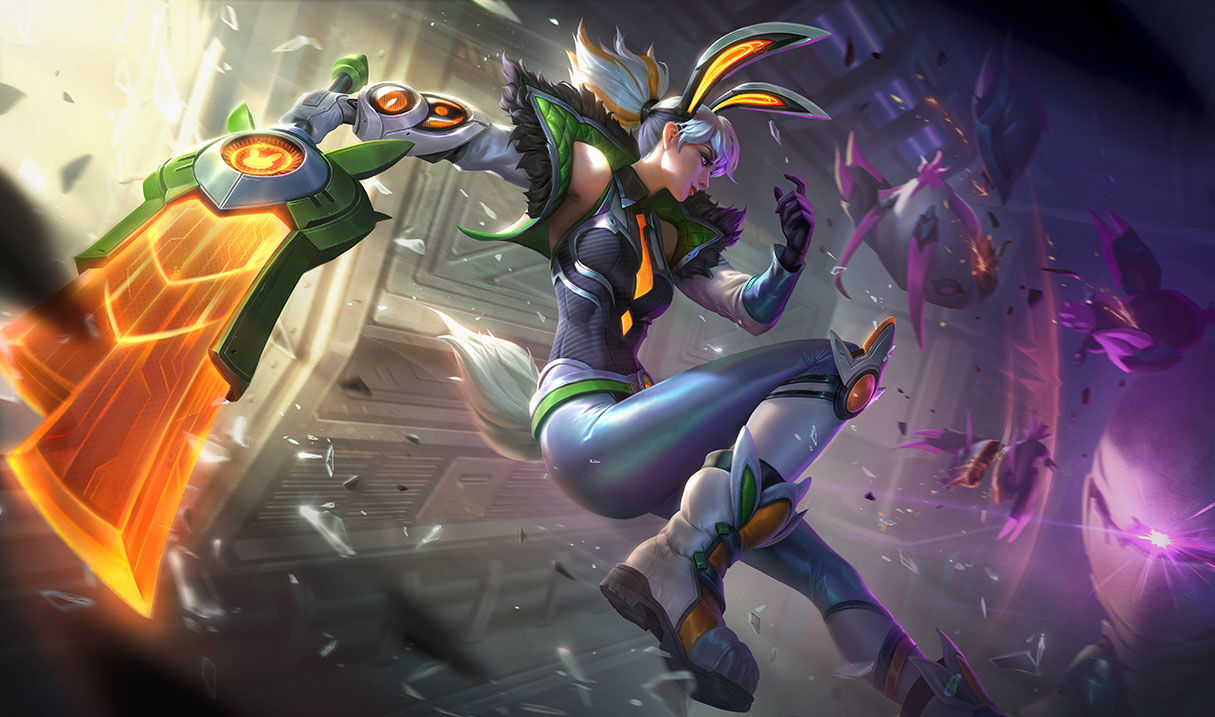 1350
31.03.2022
Riven volunteered for what would eventually become Anima Squad after losing many comrades in the early days of the Primordian invasion. A string of victories later, she is famous: a war hero looked up to by all. ...So why has she suddenly vanished when the world needs her most? 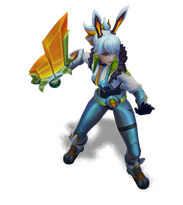