Revive was a self-targeting Summoner spell that instantly respawned a dead champion at their home base and gave them a large, slowly-decaying speed boost over a set duration. The spell was usable only while the summoner's champion was dead.

In the Dominion game mode, the prevalence of Revive resulted in its conversion to a trinket form:

When game pressures became tense, Revive's sudden burst of recovery from the grave could turn the tide of battle in all but the most hopeless situations. Similarly, this spike of champion presence was used to seize an opportunity that might otherwise have been out of reach.

Revive's speed boost allowed players to quickly intercept any objective close to their home base, including an ongoing fight. This effect was even more impactful on smaller maps such as Twisted Treeline, where even objectives on the opposing side of the map become easy to reach. Indeed, Revive's long-distance mobility as a summoner spell was rivaled only by Summoner

In later game phases, longer death timers increased the impact of Revive even further. For example, suppose a late-game team fight ended with multiple players on both sides slain. In that case, a revived champion could attack objectives that the opposing team, now suffering from death recovery, could not defend. 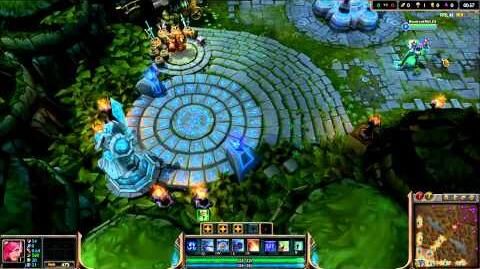