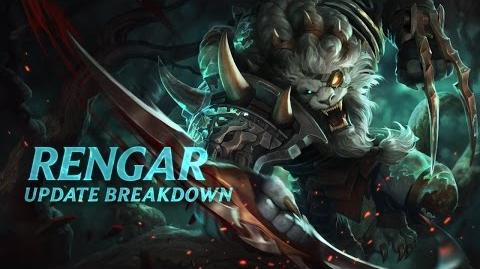 Rengar is generally played as an assassin or a bruiser, relying on mobility and disabling the enemies and dealing massive amounts of damage in a short burst. Therefore, he is meant to be built with items that help him achieve this.

Retrieved from "https://leagueoflegends.fandom.com/wiki/Rengar/Strategy?oldid=2988279"
Community content is available under CC-BY-SA unless otherwise noted.