< Renekton
View source
watch 02:52
Roblox: DeepWoken - The Loop
Do you like this video?
Play Sound 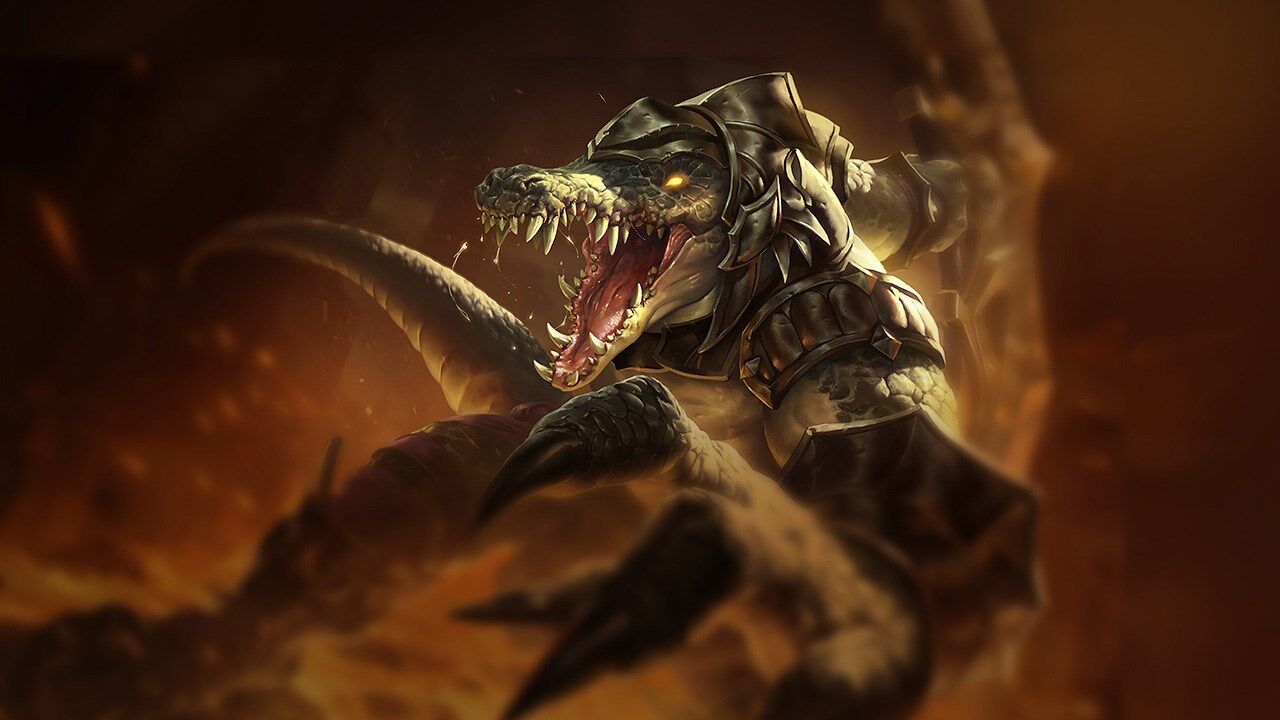 the Butcher of the Sands

Renekton is a champion in League of Legends.[1]

5 Fury each time he lands a basic attack on an enemy, and loses 4 Fury per second if he hasn't dealt or taken damage in the last 12 seconds.

When at or above 50 Fury, Renekton's next basic ability consumes 50 Fury to enhance its effects. The enhanced ability does not generate Fury.

Renekton generates 50% bonus Fury from all sources while

below 50% of his maximum health.

Active: Renekton cleaves around himself, dealing physical damage to all nearby enemies and

healing himself for each enemy hit, up to a cap.

champions, the healing is increased by 300%.

Reign of Anger: Cull the Meek deals additional damage, increases the total healing by 200%, and the healing cap by 300%.

Dominus for 0.25 seconds after Cull the Meek's activation.

Active: Renekton enhances his cleaver, causing his next basic attack within 7 seconds to have a 0.2-second cast time, gain

stunning them for 0.75 seconds. Each slash applies

on-hit effects at 100% effectiveness and grants

shields on the target upon the first strike, as well as increasing the

dashes a fixed distance in the target direction, dealing physical damage to all enemies he passes through.

Hitting an enemy allows Renekton to cast Dice within the next 4 seconds.

dashes a fixed distance in the target direction again, dealing the same physical damage to all enemies he passes through.

Both Slice and Dice generate

Reign of Anger: Dice deals additional damage to all enemies and

reduces their armor for 4 seconds.

For the duration, he deals magic damage every 0.5 seconds to all nearby enemies and generates 5 Fury per second, up to a maximum of 75 Fury.

"I will tear the world asunder!"
Info 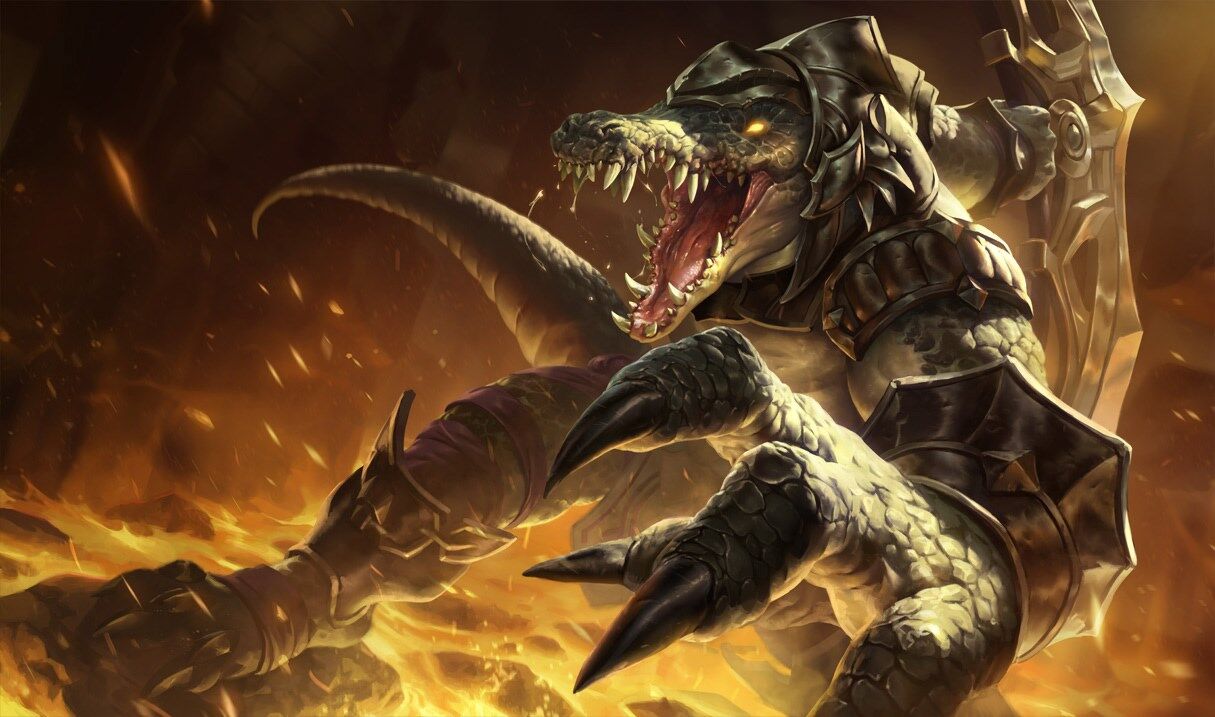 880
18.01.2011
Renekton is a terrifying, rage-fueled Ascended being from the scorched deserts of Shurima. Once, he was his empire’s most esteemed warrior, leading the nation’s armies to countless victories. However, after the empire’s fall, Renekton was entombed beneath the sands, and slowly, as the world turned and changed, he succumbed to insanity. Now free once more, he is utterly consumed with finding and killing his brother, Nasus, who he blames, in his madness, for the centuries he spent in darkness. 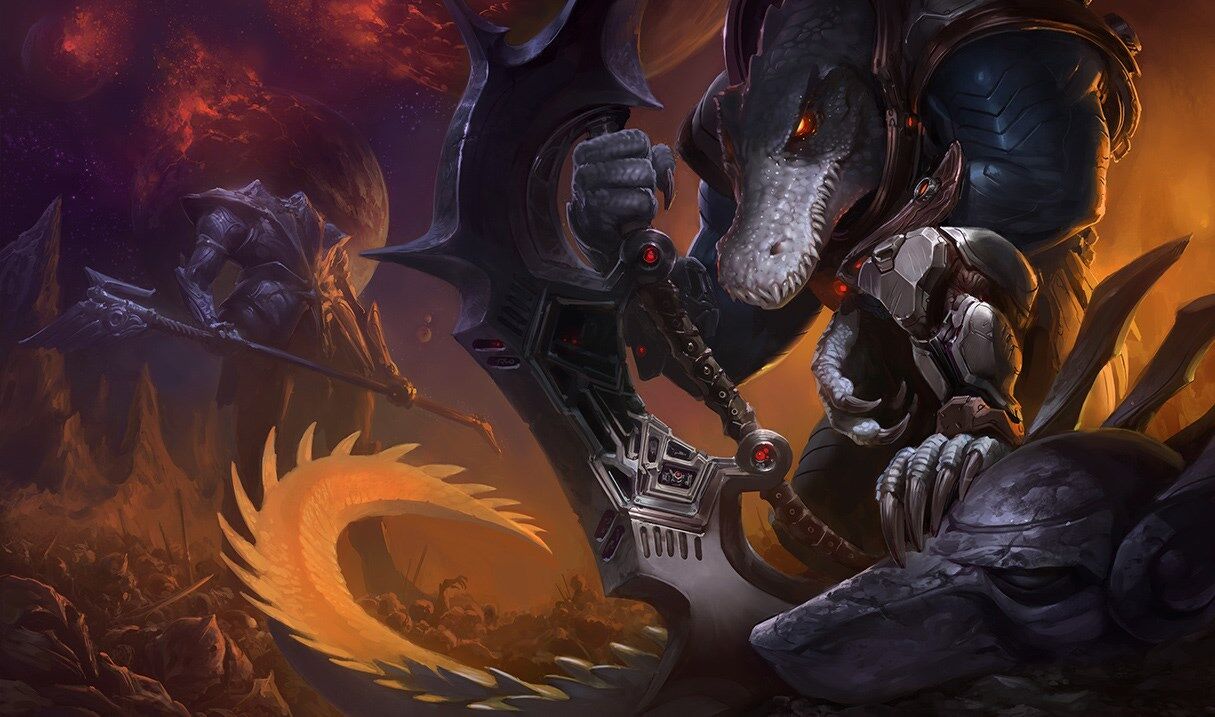 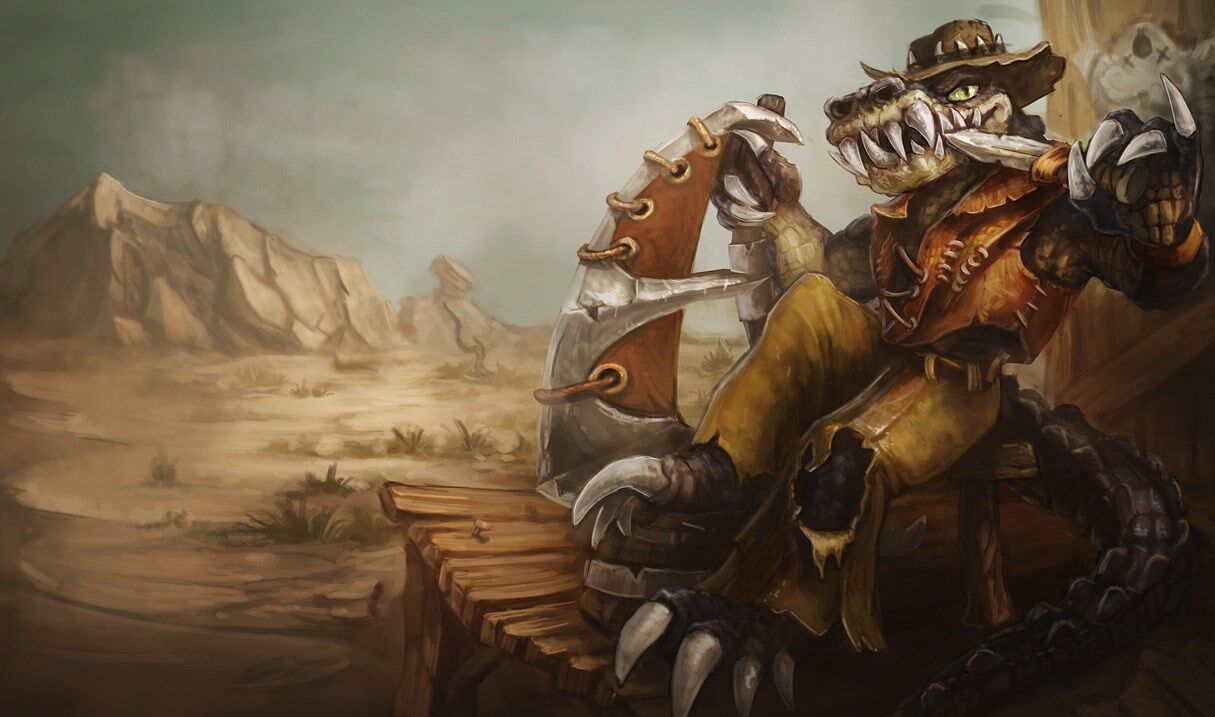 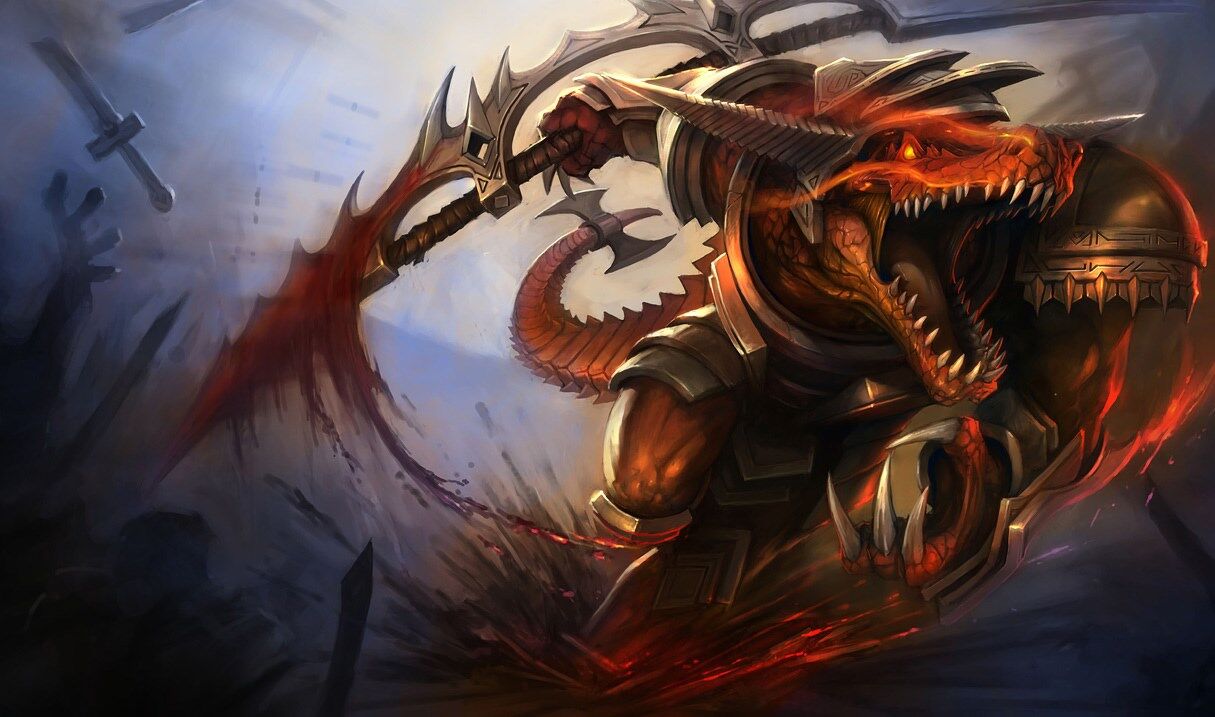 975
26.07.2011
This blood-crazed killing machine scours the battlefield to sate the Bloodstone. The more he slays, the more he fuels his powers. This in turn feeds his frenzy, creating a never ending cycle of spilt viscera and gore. 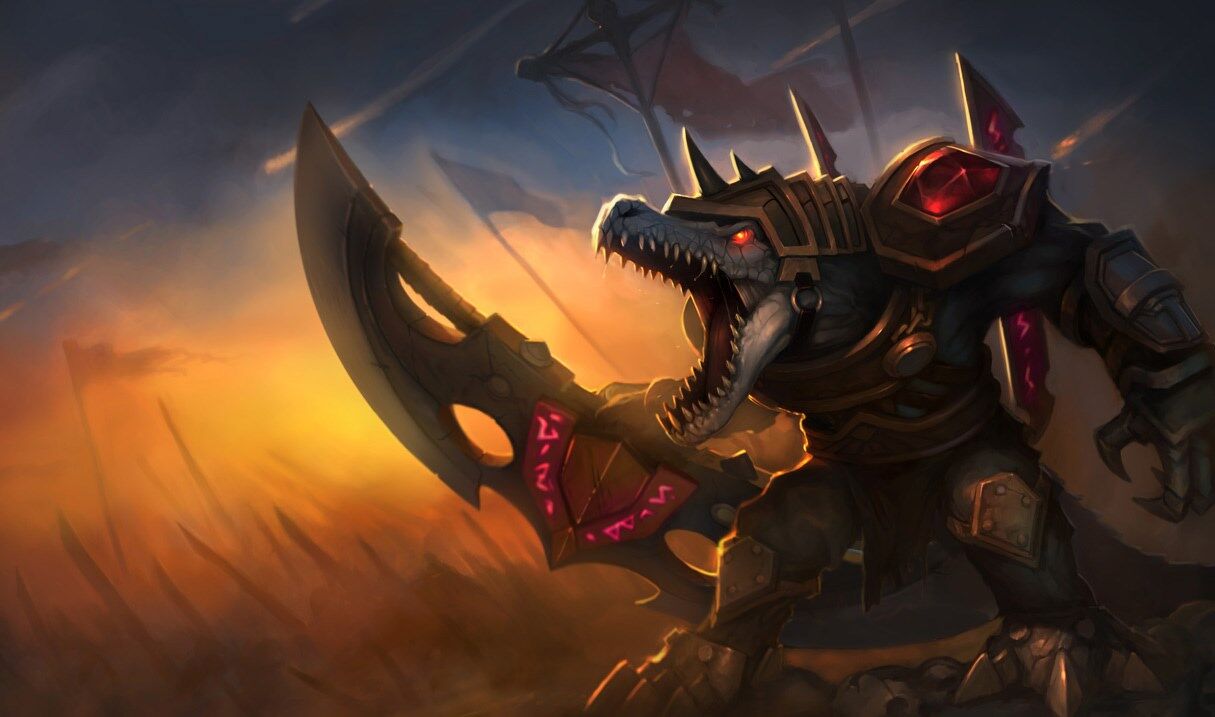 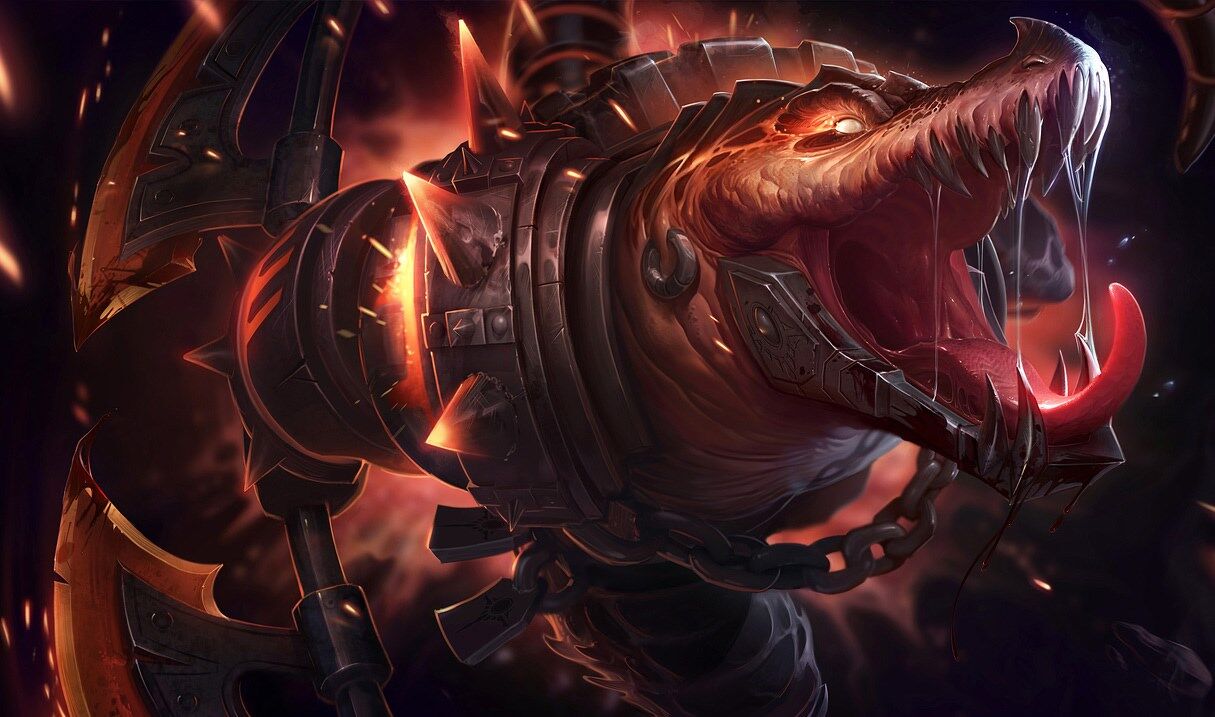 975
10.02.2014
What is an Infernal but the screams beckoning from the darkest corners of mortal imagination? For centuries they were considered nothing more than myth—and yet, now, monstrosities such as Renekton roam freely, punishing us all for the last fleeting gasp of our own hubris. 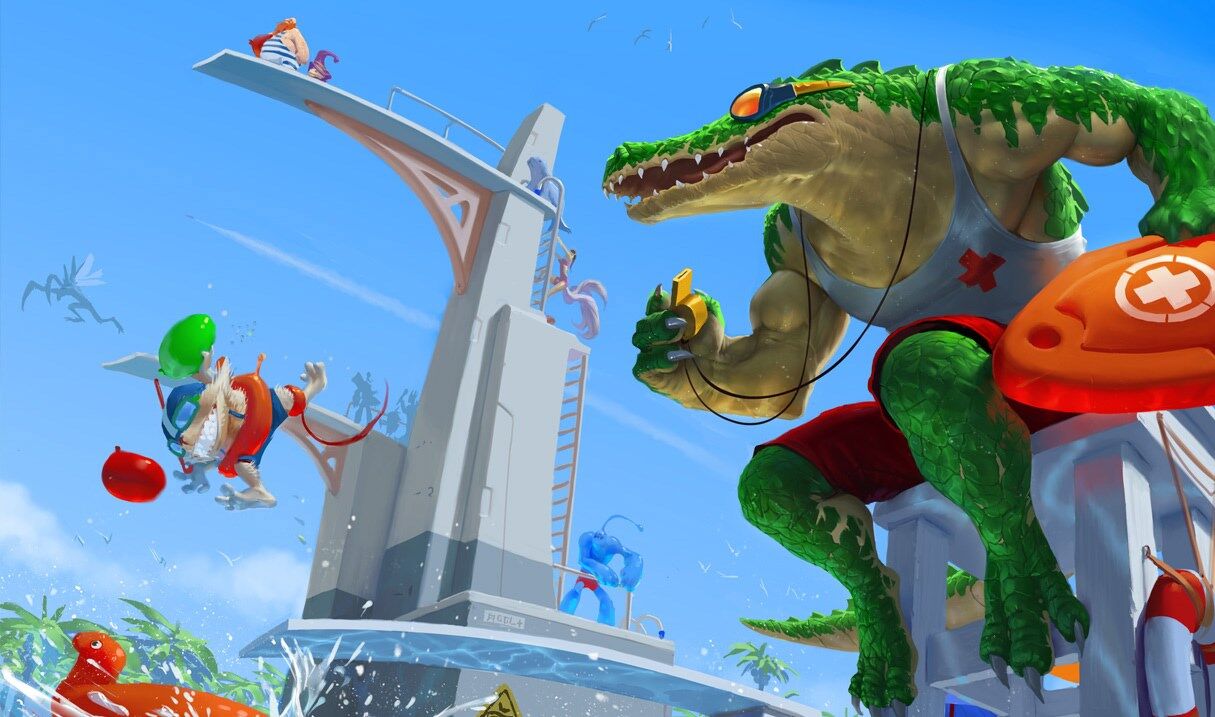 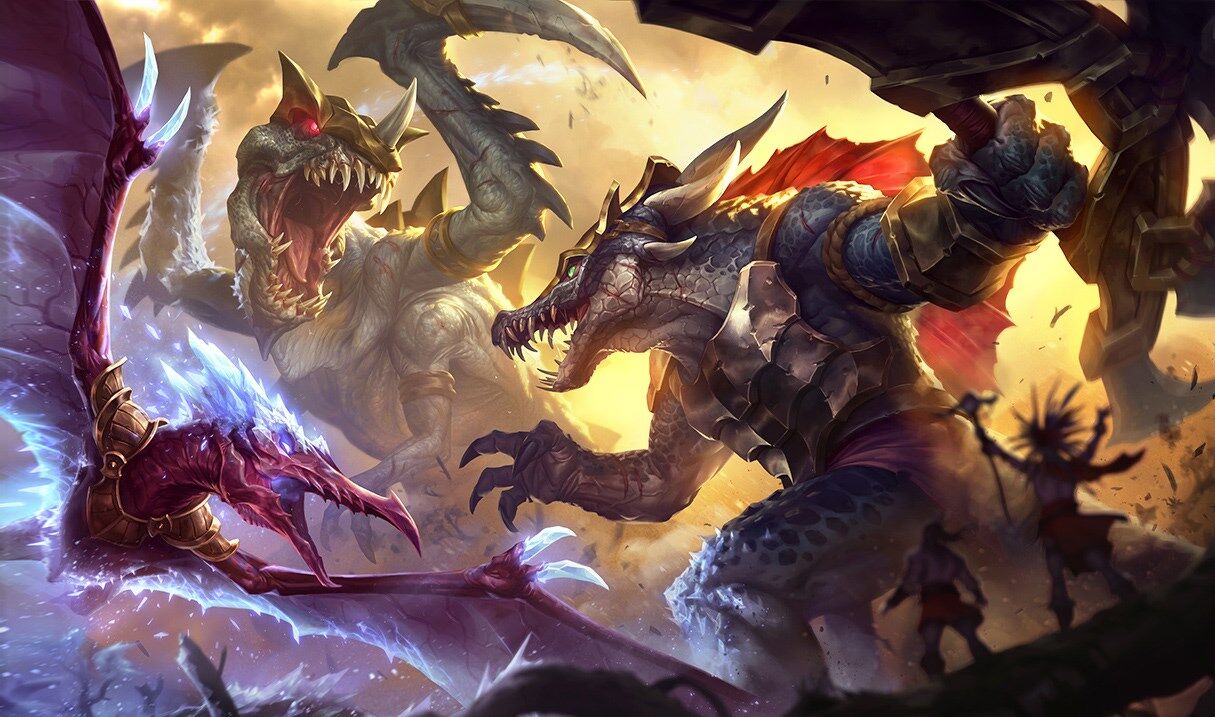 750
14.06.2015
A rare intelligent beast, Renekton is an erudite speaker and skilled wielder of the crescent blade. He's also six stories tall and not particularly friendly. Hunters are advised to make their final arrangements before engaging. 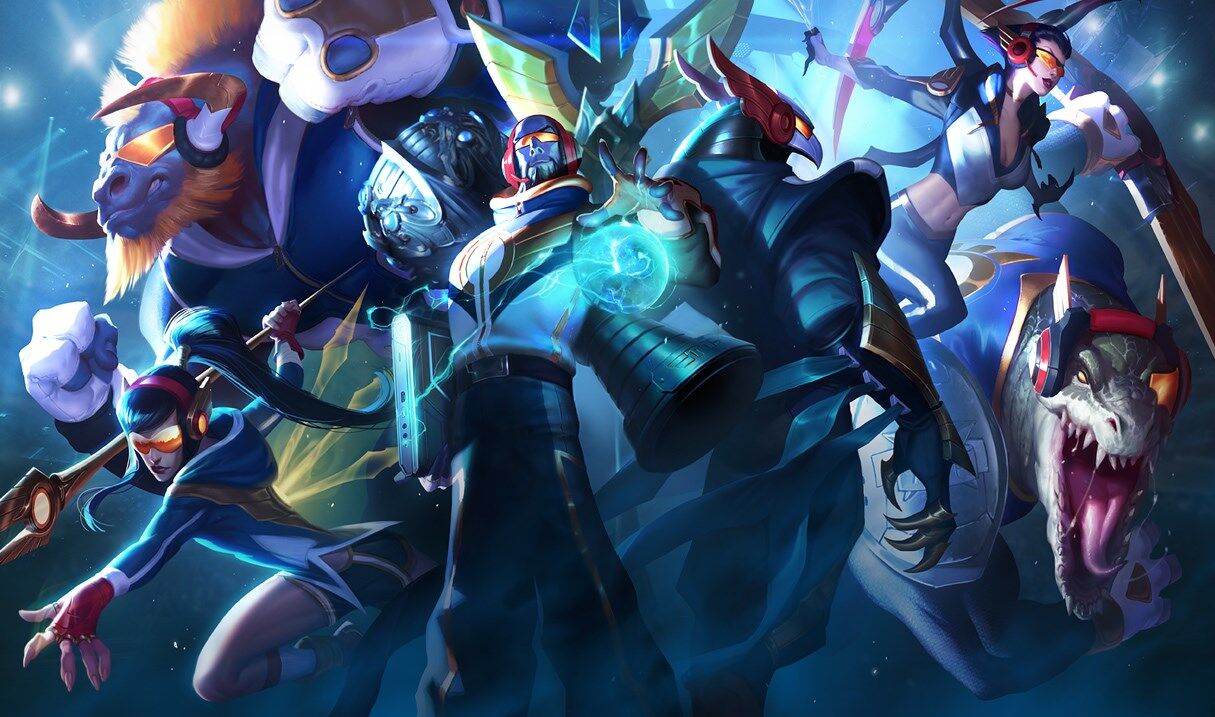 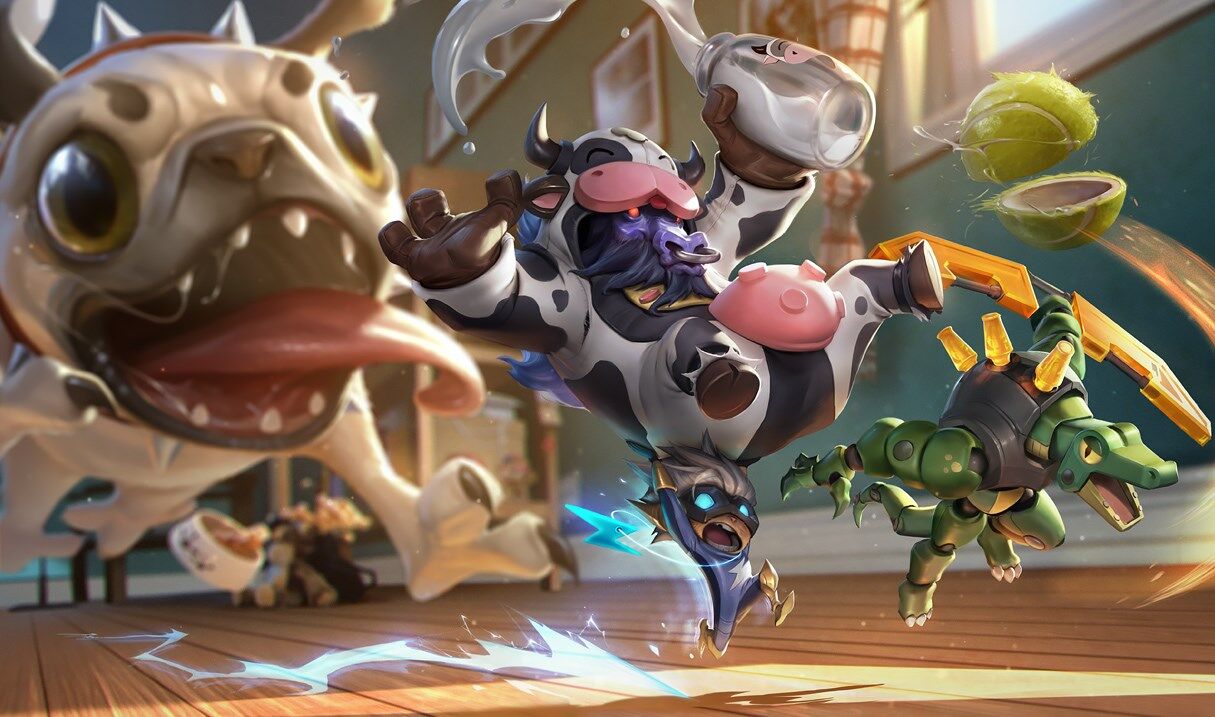 750
29.03.2017
First produced in 1996, Renektoy quickly and unexpectedly became the must-have gift of the season. Shortages and heightened demand led to online scalping, parents fist fighting in store aisles, and a small number of what police later described as “mall stampedes.” 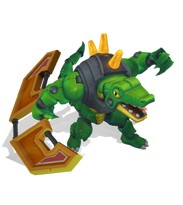 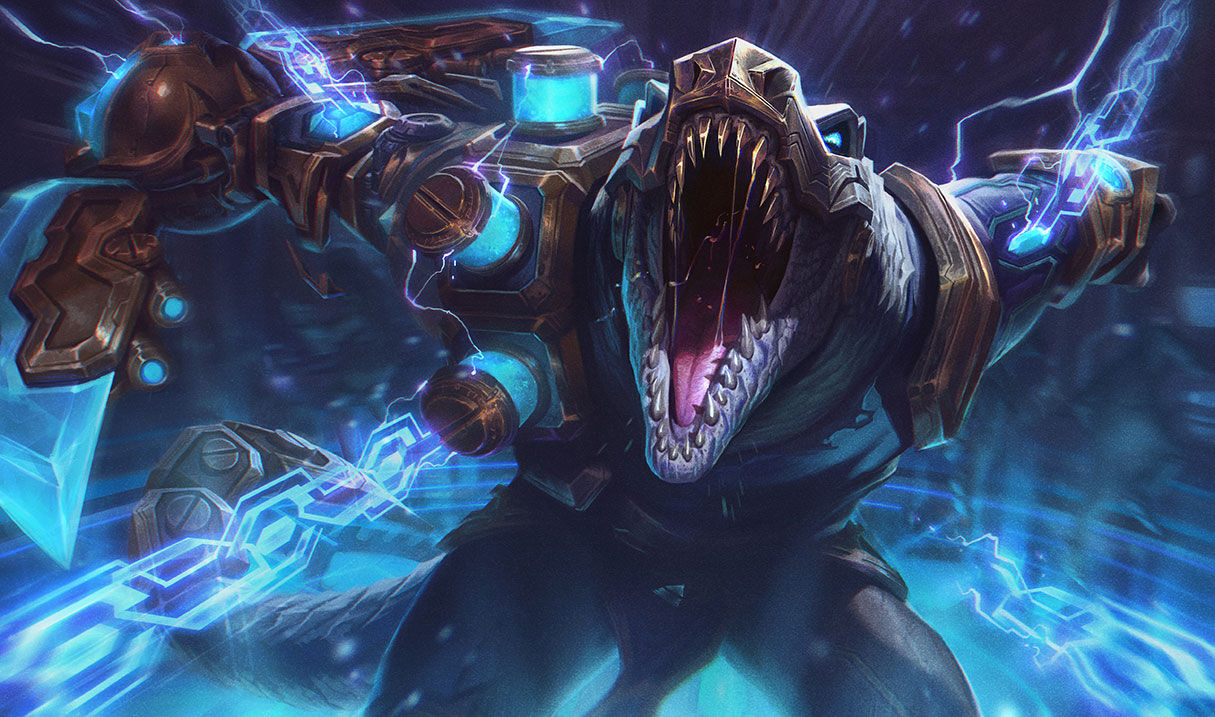 Hextech
View in 3D
Special
20.12.2018
As is so often the way, artificers of the Hextech Renaissance pushed too far and too fast into their new science, without fully considering the possible consequences. Renekton—a half-mad monster of flesh and metal—is the result of that shortsightedness. 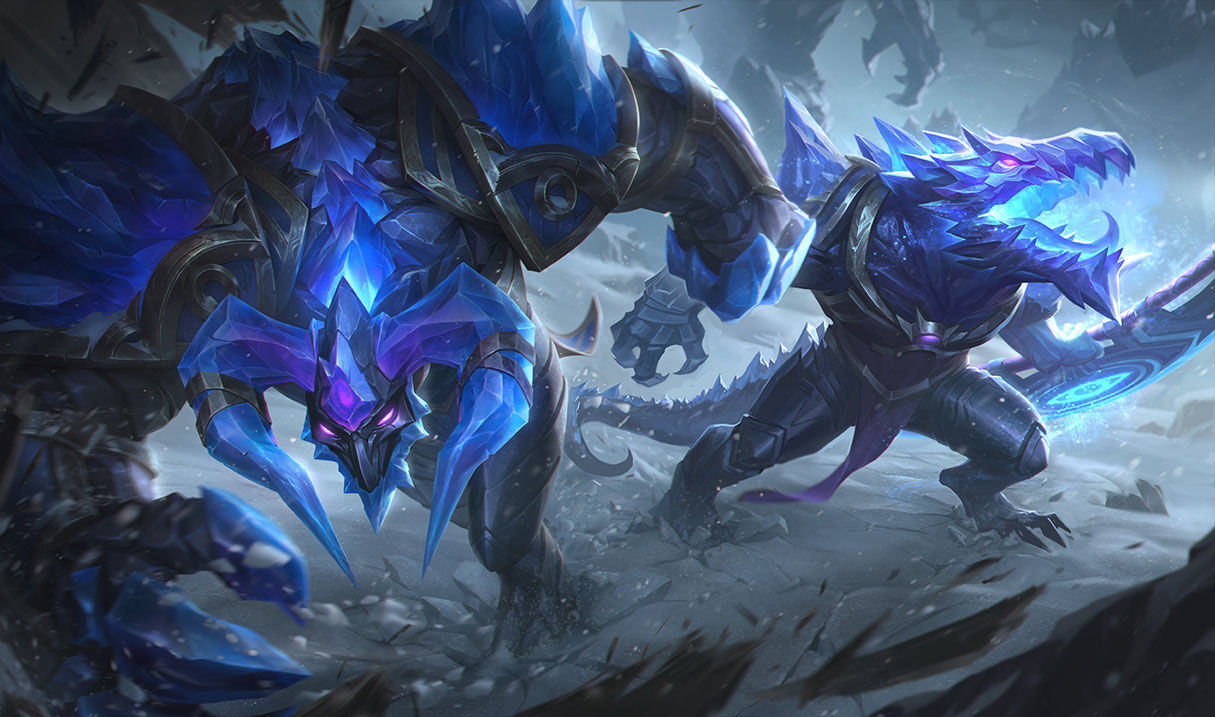 1350
05.03.2020
In life, Renekton stood against the tyranny of the Ice Witch, fighting an inevitable, endless winter until his last breath. In death, the virtuous warrior was cursed with resurrection—brought back to life as a vicious warmonger cased in rock and ice. Now a general leading the onslaught of the Black Frost army, Renekton loyally serves the very queen he once thought to destroy. 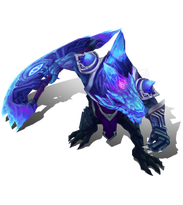 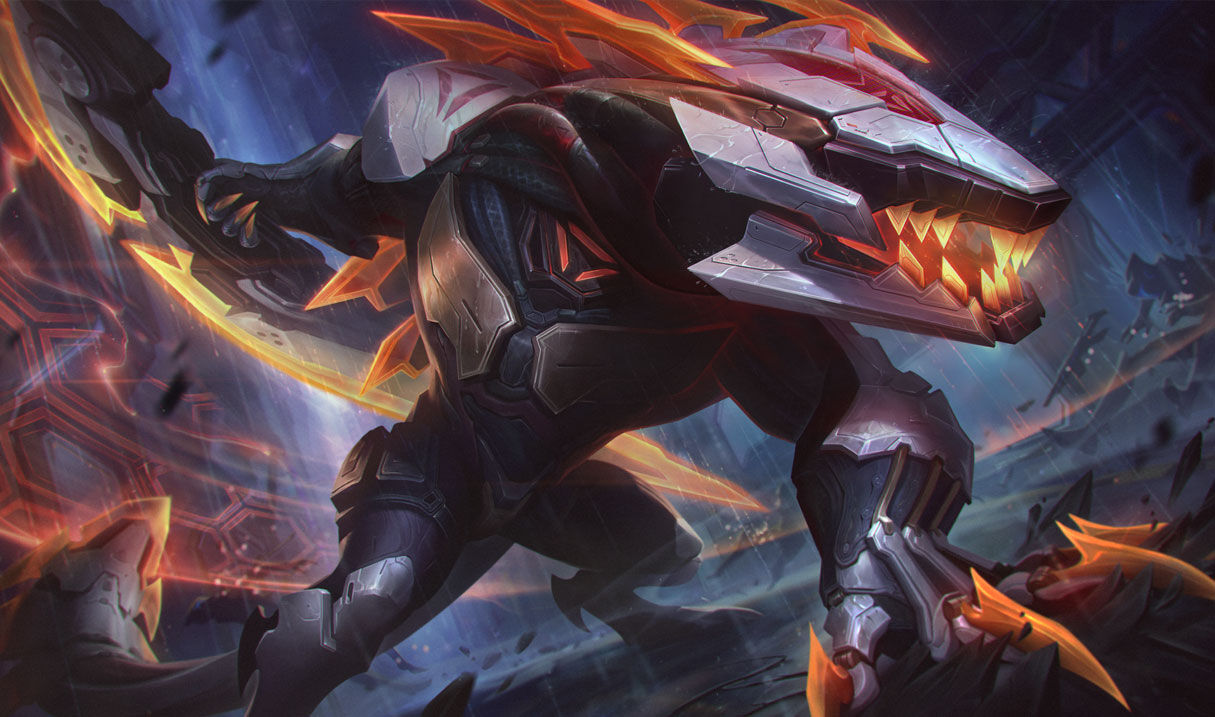 1820
27.05.2021
A hybridized warrior taking inspiration from extinct fauna, Renekton is the perfected version of PROJECT's crossbreed superweapon project. Released to aid the City in its fight against the Program virus, Renekton's seemingly endless rage is useful for now… though his belief that he can “see beyond the soul” is increasingly disconcerting. 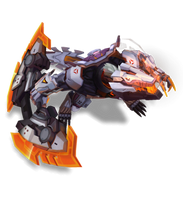