< Rek'Sai
View source
watch 02:17
New Pokemon Games - The Loop
Do you like this video?
Play Sound 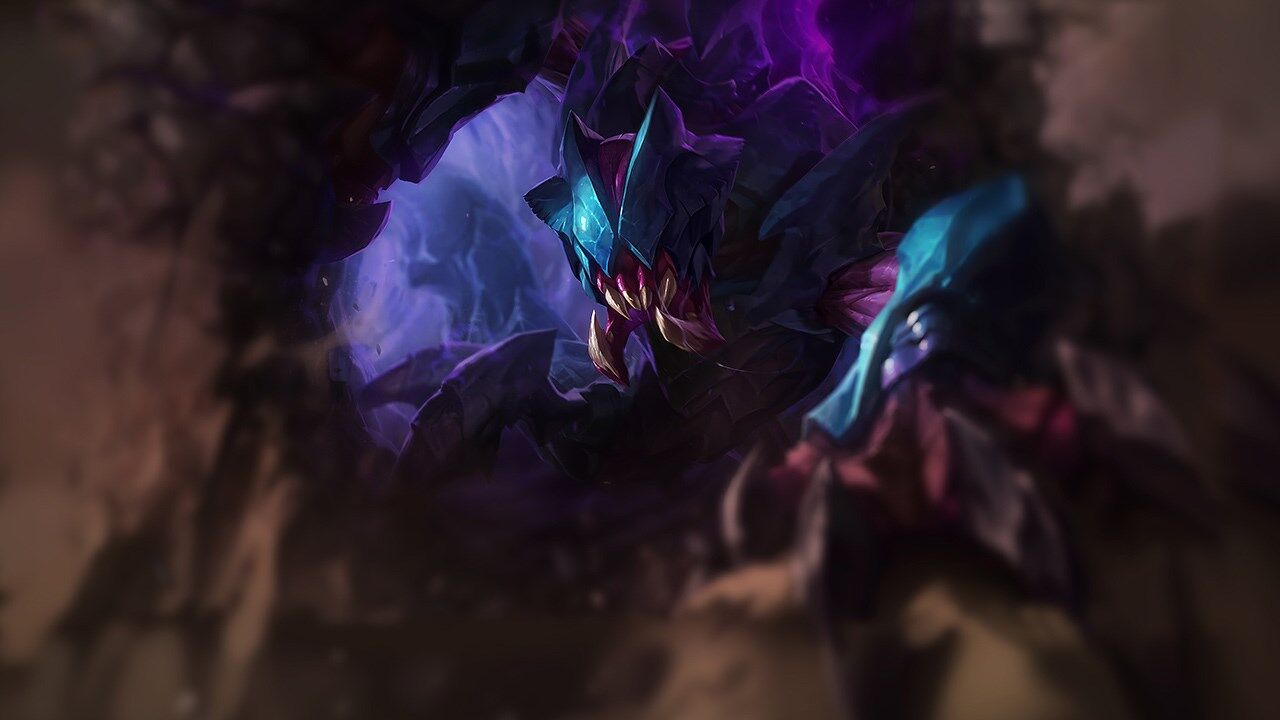 Rek'Sai is a champion in League of Legends.[1]

Furious Bite, and loses 20 Fury per second if she hasn't generated any in the last 5 seconds.

Unburrowed - Active: Rek'Sai's next three basic attacks within 5 seconds have a 0.25-second cast time and deal bonus physical damage to the target and all surrounding enemies. The damage to the primary target is affected by

Queen's Wrath ends prematurely and goes on cooldown if Rek'Sai is

burrowed for more than 1.5 seconds.

Burrowed - Active: Rek'Sai fires a void-charged pulse in the target direction that detonates on the first enemy hit, dealing physical damage to enemies within the area and

Unburrowed - Active: Rek'Sai burrows into the ground, reducing her

obscured vision of nearby enemy units that are not

visible every 1.5 seconds if they are moving.

Rek'Sai automatically burrows upon completing a

Recall channel or respawning once Burrow has been learned.

Burrowed - Active: Rek'Sai bursts out of the ground, dealing physical damage to surrounding enemies and

knocking them aside. The enemy closest to the center is

knocked up for 1 second instead, and cannot be affected again by Unburrow for some time.

Rek'Sai can also trigger Unburrow by issuing an attack command, applying the full

knock up against the target.

Fury, Furious Bite's damage is doubled and converted to

dashes in the target direction, leaving behind a Tunnel with two interconnected entrances, lasting up to 10 minutes. The Tunnel can be traversed again if Rek'Sai targets either entrance, shutting down the Tunnel for a few seconds.

Rek'Sai can have up to 8 pairs of entrances active on the map at the same time, and forming subsequent tunnels beyond the maximum destroys the eldest one. Enemy

champions can destroy a Tunnel by standing on either entrance for 1.5 seconds, granting them

5 upon successfully destroying the Tunnel.

An Unburrowed Rek'Sai will automatically

Burrow before entering the Tunnel and automatically

Unburrow after exiting it. This does not put

Burrow on cooldown nor trigger

Fury of the Xer'Sai, but does trigger other Burrow effects and

Rek'Sai cannot enter a tunnel while

unable to act and

vanishing into the ground. After 1.5 seconds, she becomes targetable again and emerges from the ground as

Unburrowed near the target and

pounces at them, dealing them physical damage upon arrival and landing 125 units behind them.

The damage can be dodged if the target moves 1000 or more units away. If the target dies or is too far away before Rek'Sai vanishes, Void Rush is canceled with a 10 second