Unique – Cleave: Damaging basic attacks and ability damage from abilities deal 60% − 12% (based on distance) AD physical damage to other enemies near the target. Can only hit each target once per attack or ability, and may only trigger once every 10 seconds from the same cast.

Ravenous Hydra is a legendary item in 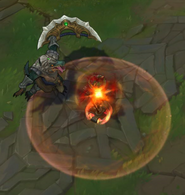 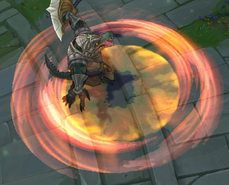