Ranked is a Constructed game mode in

Legends of Runeterra that, gameplay-wise, is the same as Casual, having Standard deckbuilding rules. Unlike Casual however, in ranked one can gain or lose League Points by winning or losing, and move up or down in Rank.

League of Legends, rank in Legends of Runeterra are split into Tiers and Divisions.[1]

Within each tier are numbered divisions, namely I, II, III and IV. The lower the division within a given tier, the closer each player is to the next tier. By earning enough points in Silver I, a player will be promoted to Gold IV.

Master tier functions a bit differently than the rest of the ranked system. It doesn't have divisions. Within the Master tier, players are ranked by Matchmaking Rating (MMR) from highest to lowest.

Since patch 1.4, players get an initial amount of LP based on their MMR when entering Masters and are able to see their current Masters LP.

Players earn League Points (LP) by winning ranked matches in LoR, and lose points when lose ranked games. LP represents a numerical value from 1 to 100 that will rise and fall within a division based on your wins and losses. Once player LP exceed 100, they will climb to the next division, or the next tier.

In tie games, both players gain a small amount of LP.

Promotion is when the player moves from a lower tier/division to a higher one. Players who exceed 100 LP will get a promote. After getting a promote, the player LP is set to 10.

Players can demote from a higher division to a lower one, but they can't demote to a lower tier.

Each season lasts every two months. At the end of season, ranks will be partially reset for the new season.

A Ranked season starts whenever a new expansion is released and shares its name. 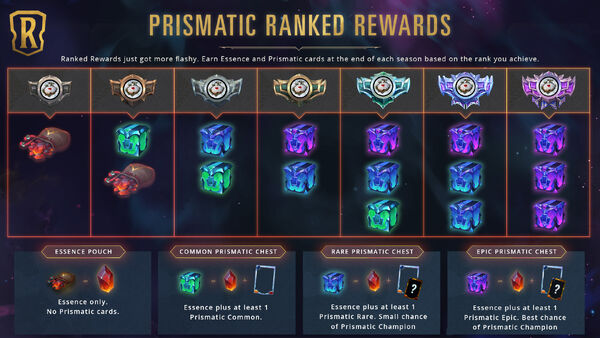 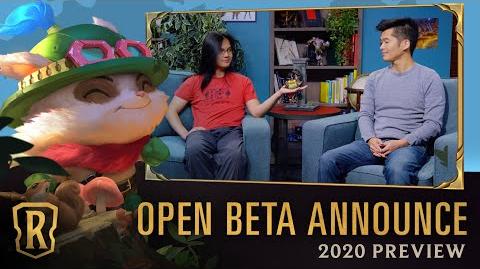