Now let's talk about the next new champion we plan on releasing into the wild. This new champion will be a solo lane AD assassin. It's been a while, I know. There are very few of these types of champions in the game and we know a lot of you love playing them. This champion's arrival will send you deep into the jungles of Runeterra where a brand new faction, hidden from the rest of the world, will reveal itself. This assassin has powers which give them all the elements they need to use their surroundings in clever and innovative ways.

Trespassers beware and stay away from the walls, for nowhere is safe when you enter deep into these jungles. 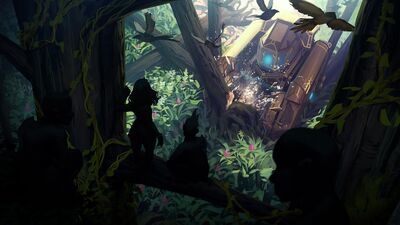 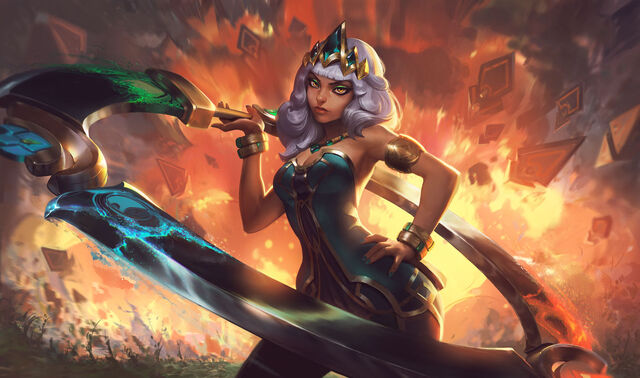 The first attack or ability against an enemy champ deals bonus damage. This cooldown resets when she draws a new element.

Qiyana slashes the area in front of her dealing damage. If her weapon is using an element, her weapon hurls forward as a projectile and explodes.

Targeting an element, Qiyana dashes forward to gather its power. While enchanted, she gains movement speed near the element, attack speed, and bonus damage.

Qiyana dashes a fixed distance towards a target, dealing damage to them.

Qiyana creates a shockwave, knocking back enemies. Any River, Brush, or Wall hit by the shockwave then explodes dealing damage and briefly stunning enemies.

How i painted QIYANA SPLASH - BEHIND THE SCENES

Retrieved from "https://leagueoflegends.fandom.com/wiki/Qiyana/Development?oldid=3063807"
Community content is available under CC-BY-SA unless otherwise noted.