Never turn your back on the Sea[1]

Let’s reset a bit and wade right into the next champion we’re adding to the list. We felt it was time to execute on a new support with a darker, deeper thematic than most of our support cast. We also wanted to create an aggressive playmaker, someone who doesn’t just save a drowning ally, but who forces their enemies to drown themselves… by their own hands.

Keep your health high, your eyes to the sea, and pray you aren’t on the list. 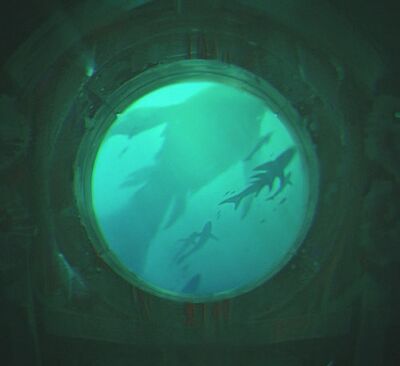 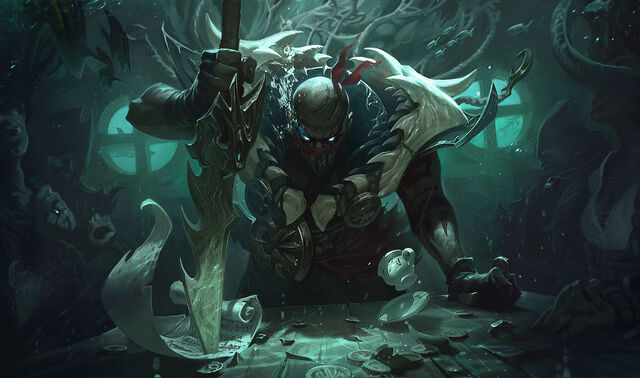 Abandoned by his crew to the leviathans of the deep, Pyke drowned—but didn’t stay dead. Years later, a fabled revenant known as the Bloodharbor Ripper still stalks the Slaughter Docks, crossing names off a list that never seems to end. Wait...you look familiar...[2]

Gift of the Drowned Ones

When Pyke is unseen by enemies, he rapidly regenerates some of the health recently lost to enemy champions.

Tap: Pyke stabs and greatly slows all enemies in front of him.

Hold: Pyke readies and then throws his harpoon, impaling the first enemy struck and pulling them a fixed distance towards him.

Pyke dives into spectral waters, entering camouflage and gaining a significant increase to his movement speed that decays over a few seconds.

Pyke dashes, leaving behind a drowned phantom. After a delay, the phantom returns to Pyke, damaging and stunning enemies it passes through.

Pyke strikes in an X-shaped area, blinking to champions and executing those below a certain flat amount of health. Enemies in the X that are not executed take damage equal to this amount.

As Pyke, you’re a cutthroat who cripples and kills all who cross you—which is everyone you come across. Start by stalking your victims with a Ghostwater Dive, lurking right at the edge of their vision. Resurface with a swift Bone Skewer to butcher multiple enemies at point-blank range. Hold the blade a little longer to harpoon just one foe instead, reeling them in to your territory before gutting them like a fish.

Get even more aggressive by rushing foes with a Phantom Undertow, leaving opponents paralyzed with fear as the rest of your crew closes in. When you smell blood in the water, finish the job with Death from Belowto clinch the kill and cross multiple names off your list.

They say death is the best crowd control, and Pyke makes a great argument. In lane he’s constantly angling for the all-in, using hooks and stuns to set up kills. While he can maim foes from any spot in a fight, he’s better suited to a flank than the frontline, so expect him to make more picks than peels. And don’t worry if he ends up doing lots of murdering himself—there’s extra gold for whoever assists in his vendetta.

Pyke likes to kill, but he needs help with his homicides. Injuring opponents by trading and poking is key before Pyke drags them under. Even when he catches an enemy alone, he’ll need to take a couple stabs at his target—enough time for their friends to intervene. His high mobility is also offset by low survivability: Pyke is easily punished if he dives deep for a kill he can’t quite finish. The Ripper didn’t get his name by playing passive, though, so be ready for violence at any moment.

"Let the water drag you under."

"There's plenty of room for everyone at the bottom of the Sea."

Retrieved from "https://leagueoflegends.fandom.com/wiki/Pyke/Development?oldid=3064054"
Community content is available under CC-BY-SA unless otherwise noted.