Singed joined the League of Legends, there has been a decided dearth of champions with extremely large

Pantheon is coming to

help prevent this extremely important demographic from becoming marginalized. Here's a glimpse at what we used to inspire Pantheon.

A One Man Army

Let's talk about the next VGU we have planned after Mordekaiser. It's none other than the Man, the Myth, the Legend, Pantheon! After Mordekaiser, Pantheon is the last of the pizza-feet champions, which is to say he hasn't visually held up very well over time. We will be building his visuals from the ground up, while also making him feel more unique to the world of Runeterra. We'll also be expanding on his current lore, as we tell the story of gods and humans and how one man fought back against the gods.

For Pantheon's gameplay, we’re looking to modernize his current kit rather than completely re-imagine it. We plan on preserving the aggressive, reliable nature of his play pattern while also adding a deeper set of options and decisions for him to play around with. We also want to really sell the hoplite fantasy by making Pantheon's shield feel more integrated into his kit. 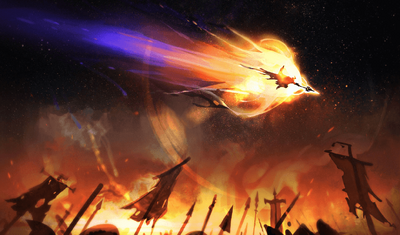 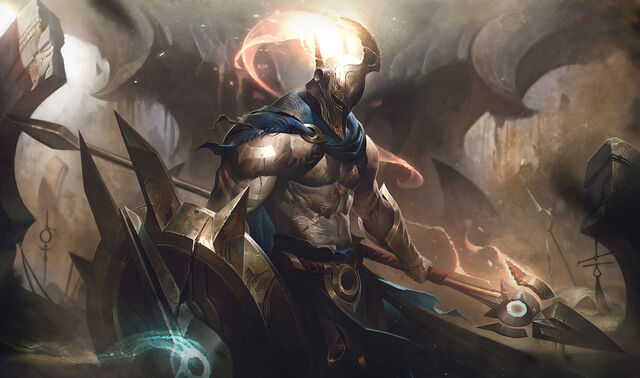 "The Unbreakable Spear rises anew. Pantheon fearlessly crashes through the enemy frontline and causes havoc in the ranks. May your spear always strike true."

Tap: Pantheon strikes in a direction, damaging all enemies in a line. Hold: Pantheon throws his spear in a line. Empowered: Enemies take extra damage and are slowed.

Pantheon leaps to a target enemy, dealing damage and stunning them. Empowered: Pantheon's next basic attack hits three times, each at reduced damage.

Pantheon sets his shield in a direction, gaining invulnerability to damage from enemies in that direction and dealing damage continuously. The last hit is extra powerful and still activates if E is canceled early. Empowered: Aegis Assault lasts longer.

Pantheon leaps into the air and then hurtles back toward a target location, damaging enemies as he passes through. Mortal Will activates immediately when he lands.

Reimagining Pantheon, the Unbreakable Spear - Behind the Scenes

The Music of Pantheon - Teaser

Retrieved from "https://leagueoflegends.fandom.com/wiki/Pantheon/Development?oldid=3061090"
Community content is available under CC-BY-SA unless otherwise noted.