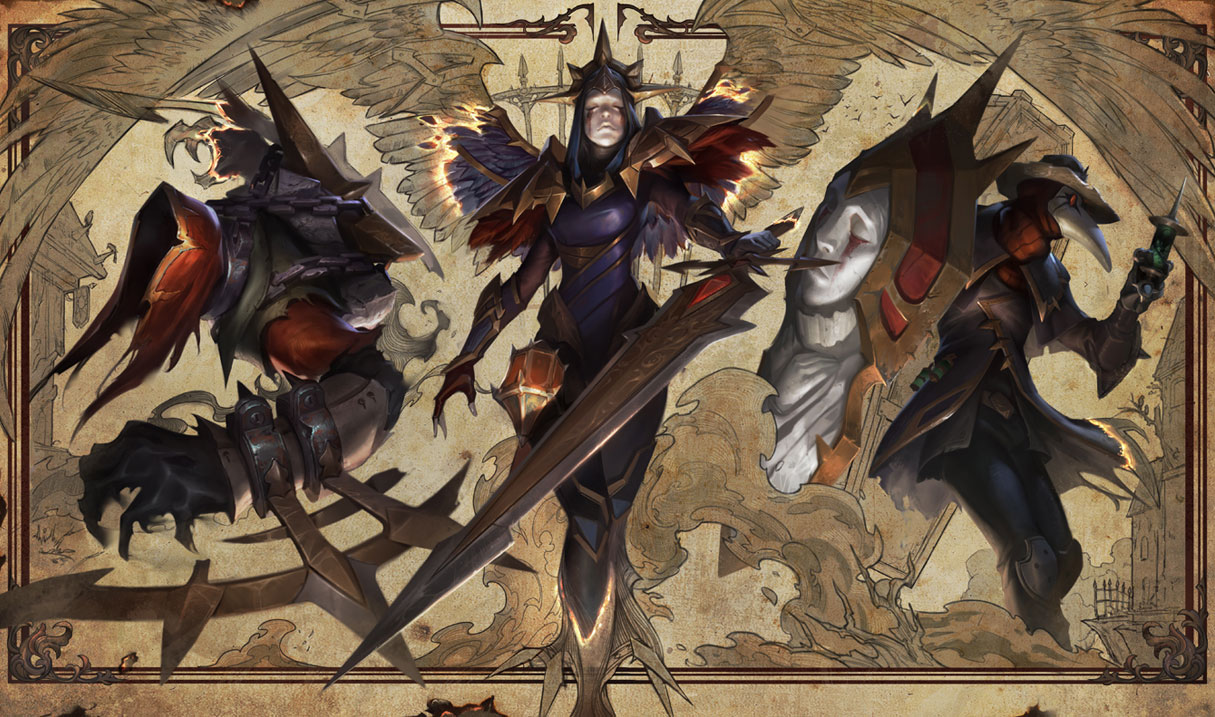 Omen of the Dark is a series of alternate future/universe skins in League of Legends. Set in a dark setting, each of the champions serve the Blade Queen.

Omen of the Damned

Omen of the Iron Inquisitor

Omen of the Cursed Revenant

Omen of the Black Scourge