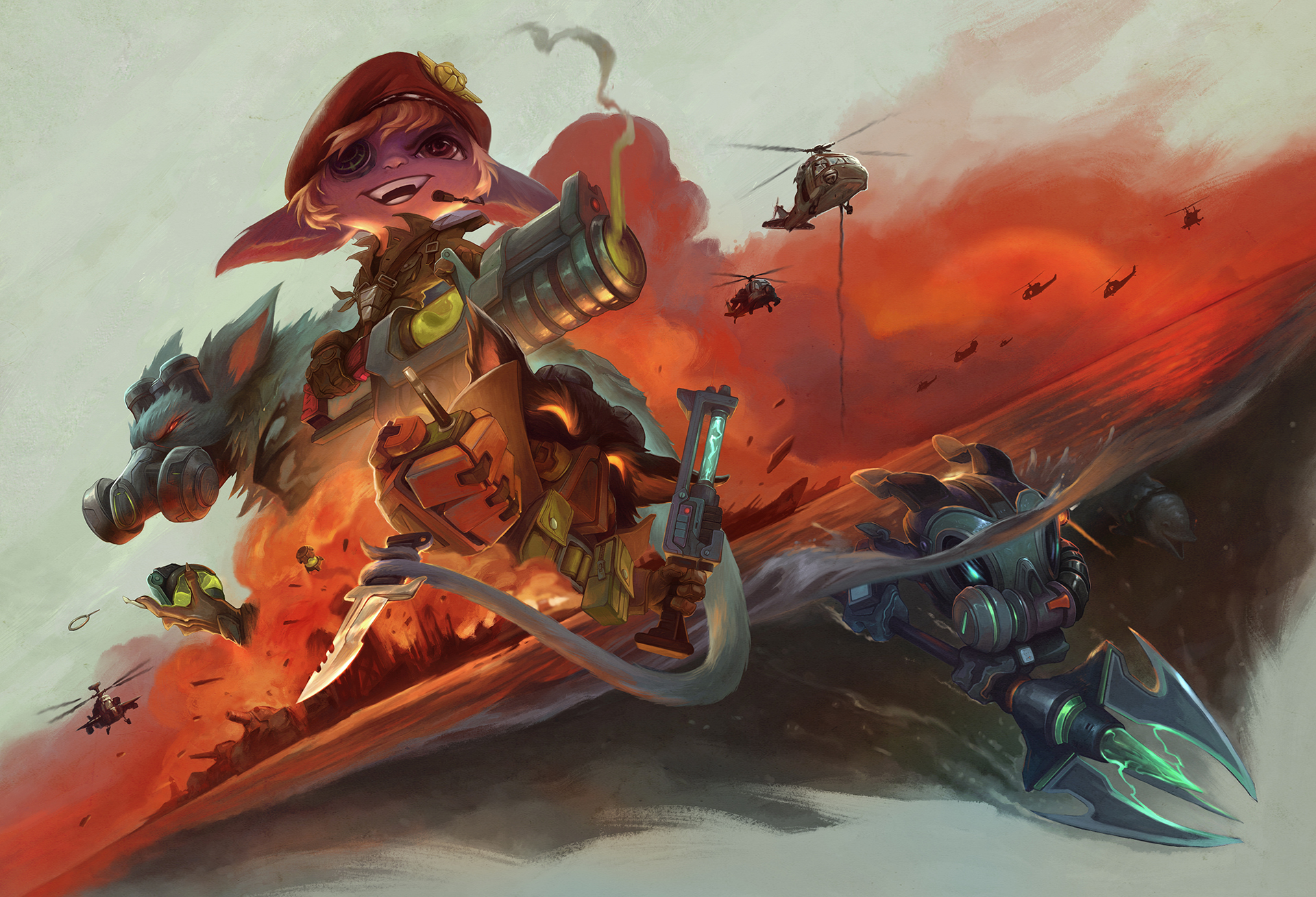 Omega Squad is a series of alternate future/universe skins in League of Legends. Set in an alternate reality where Bandle Cities champions have formed of a squad of yordle and yordle like fighters.[1]

When the war came, Omega Squad was sent to end it. Now only one of them remains, a yordle with no battles left to fight but his own...