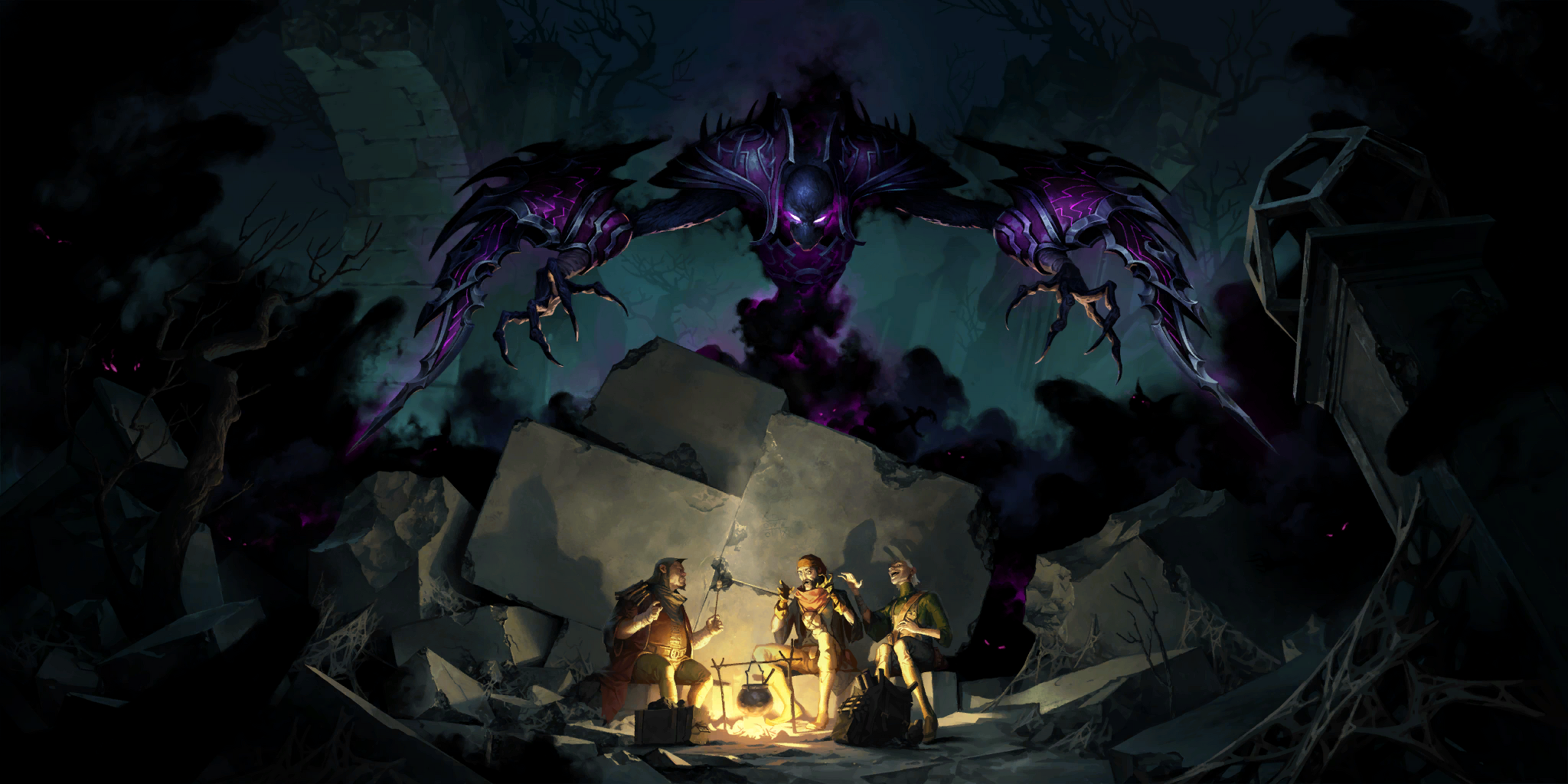 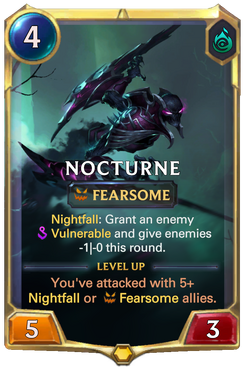 Vulnerable and give enemies -1|-0 this round.

"It appears that, once enough souls have been shaken, it breaches our world. Only hope can send the monstrosity back to its realm... but hope died here long ago, on a queen's final breath, and with a king's eternal scream."
- Notes of Jens Tommen, historian 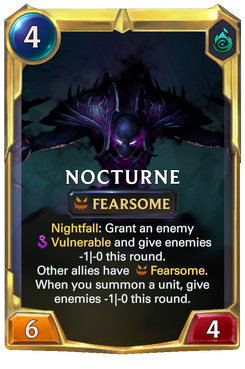 Aura: Other allies have

Fearsome.
When you play a unit, give enemies -1|-0 this round.

"My dreams grow more vivid with each passing night. I see a creature of pure evil, writhing in the dark, twisting its way toward me. Though I was to be stationed here for another week, I have just paid for transport to Fossbarrow this evening. Plainly, I cannot stand this place."
- Notes of Jens Tommen, historian 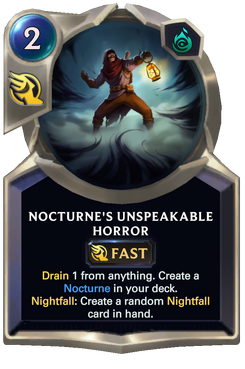 Drain 1 from anything. Create a

4Nocturne in your deck.

"Every passing day saps my spirit, pulls from me the vigor that compelled me to find this place. The Whale's Tooth is full of haggard folk, seemingly lost to all endeavor, and I fear the longer I stay, the more like them I become."
- Notes of Jens Tommen, historian