League of Legends Wiki
Register
Don't have an account?
Sign In
Advertisement
in: Lore of Targon, Lore of Void, Short Story, Diana lore 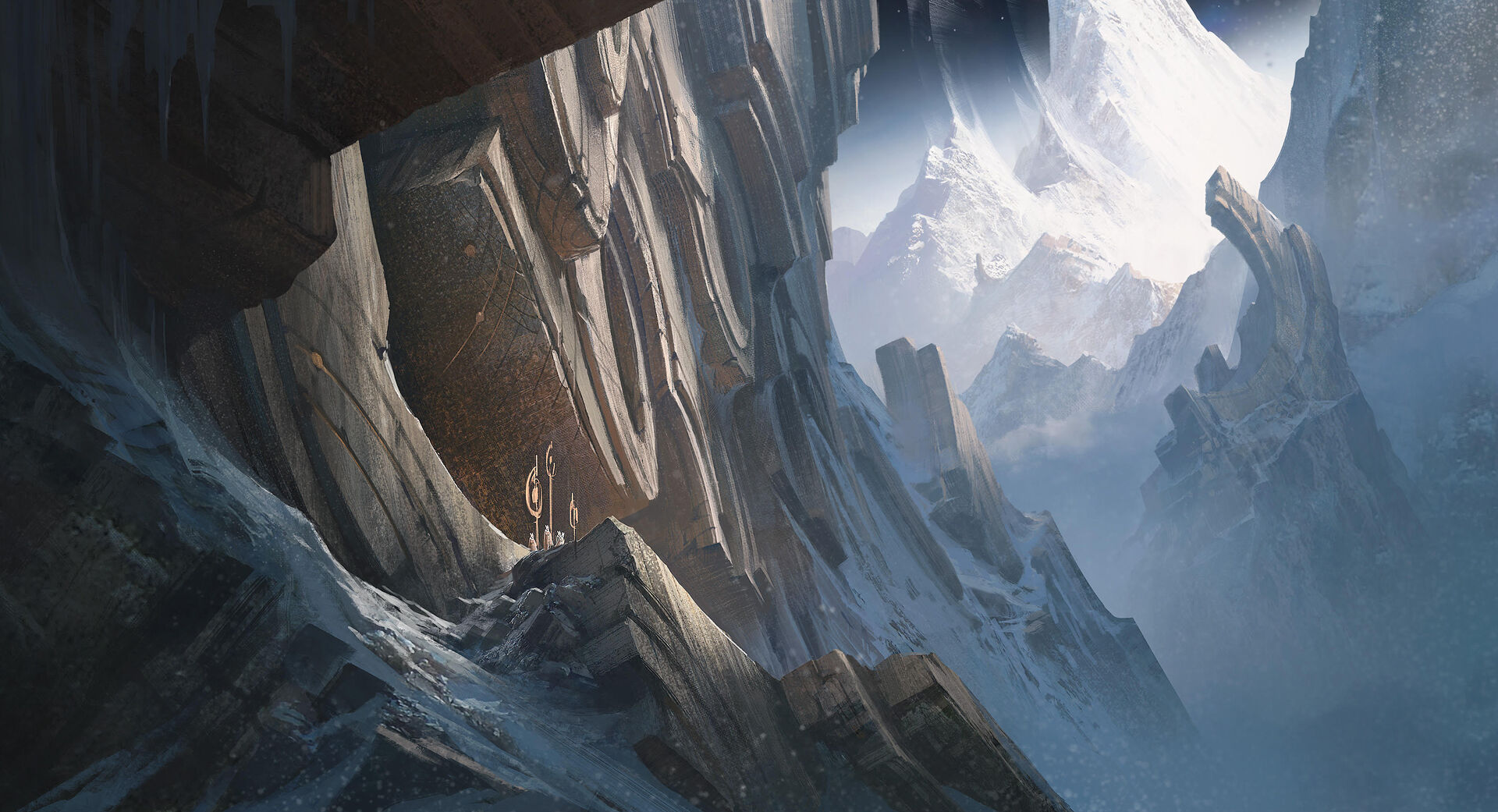 The trees were pressing in, black and moss-covered, their branches like crooked limbs reaching for the sky. She could no longer see the path, her route forward obscured by rank weeds and grasping briars. Wind-blown thorns scraped the curved plates of her armor, and Diana closed her eyes as she felt a memory stir within her.

A memory, yes, but not her own. This was something else, something drawn from the fractured recollections of the celestial essence that shared her flesh. When she opened her eyes, a shimmering image of a forest overlaid the close-packed trees before her. She saw the same trees, but from a different time, from when they were young and fruitful and the path between them was dappled with light and edged in wildflowers.

Raised in the harsh environs of Mount Targon, Diana had never seen a forest like this. She knew what she was seeing was an echo of the past, but the scents of honeysuckle and jasmine were as real as anything she had experienced.

"Thank you" she whispered, following the spectral outline of the ancient path.

It led Diana through overgrown and withered trees that ought to have been long dead. It climbed the slopes of rocky highlands, and passed through stands of twisted pine and wild fir. It crossed tumbling mountain streams and wound its way around sheer slopes before bringing her to a rocky plateau overlooking a vast lake of cold, dark water.

At the center of the plateau was a circle of towering stones, each carved with looping spirals and curving sigils. On every stone Diana saw the same

rune that shimmered upon her forehead and knew she had reached her destination. Her skin tingled with a sense of febrile anticipation, a sensation she had come to associate with wild and dangerous magic. Wary now, she approached the circle, eyes scanning for threats. Diana saw nothing, but she knew something was here, something utterly hostile and yet somehow familiar.

Diana moved to the center of the circle and drew her

sword. Its crescent blade glittered like diamond in the wan moonlight penetrating the clouds. She knelt with her head bowed, the blade's tip resting on the ground, its quillons at her cheeks.

She felt them before she saw them.

A sudden drop in pressure. A raw charge to the air.

Diana surged to her feet as the spaces between the stones split apart. The air buckled and a trio of screeching beasts charged her with ferocious speed; ivory flesh, bone-white carapaces of segmented armor and steel talons.

Diana dived beneath a snapping jaw filled with teeth like polished ebony, slashing her sword in an overhead arc that clove the first monster's skull to its heavy shoulders. The creature fell, its flesh instantly unraveling. She rolled to her feet as the others circled like pack hunters, now wary of her gleaming blade. The creature she had killed now resembled a pool of bubbling tar.

They came at her again, one from each side. Their flesh was already darkening to a bruised purple, hissing in this world's hostile atmosphere. Diana leapt over the leftmost beast and swung her sword in a crescent arc towards its neck plates. She yelled one of the Lunari's holy words and incandescent

light blazed from the blade.

The beast blew apart from the inside, gobbets of newly-wrought flesh disintegrating before the moonblade's power. She landed and swayed aside from the last beast's attack. Not fast enough. Razored talons punched through the steel of her pauldrons and dragged her around. The beast's chest split apart, revealing a glutinous mass of sense organs and hooked teeth. It bit into the meat of her shoulder and Diana screamed as numbing cold spread from the wound. She spun her sword, holding the grip like a dagger and rammed it into the beast's body. It screeched, relinquishing its hold. Steaming black ichor poured from its ruptured body. Diana spun away, biting down on the pain racing around her body. She held her moonblade out to the side as the clouds began to thin.

The beast had tasted her blood and hissed with predatory hunger. Its armored form was now entirely gloss black and venomous purple. Bladed arms unfolded and remade themselves in a fan of hooks and talons. Unnatural flesh flowed like wax to seal the awful wound her blade had ripped.

The essence within Diana surged. It filled her thoughts with undying hatred from a distant epoch. She glimpsed ancient battles so terrible that entire worlds had been lost in the fires of their waging; a war that had almost unmade this very world and still might.

The creature charged Diana, its body rippling with the raw power of another realm of existence.

Clouds parted and a brilliant shaft of silver speared downwards. Diana's sword drank in the radiance of distant moons and light burned along its edge. She brought it down in an executioner's arc, cleaving plated bone and woven flesh with the power of the night's illumination.

The beast came apart in an explosive detonation of light, its body utterly unmade by her blow. Its flesh melted into the night, leaving Diana alone on the plateau, her chest heaving with exertion as the power she had joined with on the mountain withdrew to the far reaches of her flesh.

She blinked away after-images of a city that echoed with emptiness where once it had pulsed with life. Sadness filled her, though she had never known this place, but even as she mourned it, the memory faded and she was Diana again.

The creatures were gone and the stones of the circle gleamed with threads of silver radiance. Freed from the touch of the hateful place on the other side of the veil, their healing power seeped into the earth. Diana felt it spreading into the landscape, carried through rock and root to the very bones of the world.

"This night's work is done" she said. "The way is sealed."

She turned to where the moon's reflection shimmered in the waters of the lake. It beckoned to her, its irresistible pull lodged deep in her soul as it drew her ever onwards.

"But there is always another night's work" said Diana.