Nexus Blitz (Project SLIME) is an experimental mode that ran from July 31st to September 11th, 2018. It started being playable for alpha testing on live servers on patch V8.16.[1][2]

On June 23rd, 2020 (public beta patch V10.14), Nexus Blitz was brought back on public testing servers with new visuals of the Ionian Spirit Blossom Forests known as the

On this game mode, all champions gain:

Getting 4 kills without dying, purchasing

The Golden Spatula or being randomly chosen as the Juggernaut in the Bardle Royale: Juggernaut event lights you

Teemo for his bounty!

Veigar for his bounty!

Control the cart and detonate the nearest enemy structure!

King of the Hill

This final event occurs at 18 minutes. Each team is recalled back to base as their Nexus will start walking towards the enemy's base.

Catapult of Champions is granted to both teams, and death timers are set to 15 seconds.

Some game elements are modified in this game mode. This table extracts the data from Module:ChampionData/data and Template:map_changes/data/nb.

Tear of the Goddess 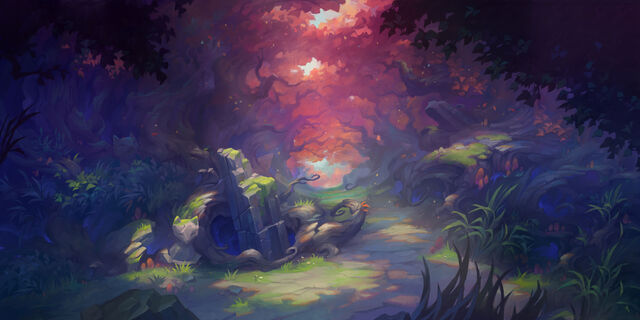 Nexus Blitz is coming back as the featured game mode during the summer event.

As announced in our latest Riot Pls, Nexus Blitz is coming back as a temporary game mode for our upcoming summer event! We've made quite a few changes to the mode since last time, ranging from a totally new look, minor gameplay updates, and some balance tweaks.

It's been a little while since the last run of Nexus Blitz, and with all the updates, we wanted to get it into your hands early so we can collect some feedback. If you decide to test Nexus Blitz during its extended PBE run, here are a few things to keep in mind:

This iteration of Nexus Blitz is still a work-in-progress, and our team is hard at work on final tuning and polish passes. Expect there to be some bugs and art that isn't fully complete. We'll also be monitoring performance and potential impact to server loads to ensure a good experience once it's live. With that, let's jump into the upcoming changes to Nexus Blitz!

Nexus Blitz was the first (and only) “experimental mode” we released, which was an approach where we invited players to test a game mode very early in development to help us determine if we should continue working on it. The first alpha of Nexus Blitz went out with work-in-progress art and gameplay that we then updated for its second run, based on your feedback. After seeing how players engaged with both runs of Nexus Blitz, we decided not to make it a permanent mode and instead bring it back occasionally as a part of future events.

We know this run of Nexus Blitz is long overdue, and we're excited to finally bring back the rowdy, chaotic, fast-paced fun.

Nexus Blitz's most noticeable change is its map—from here on out, it'll permanently be set in an Ionian forest. We're still working on finalizing its name, but you can check out some of the concepts below! 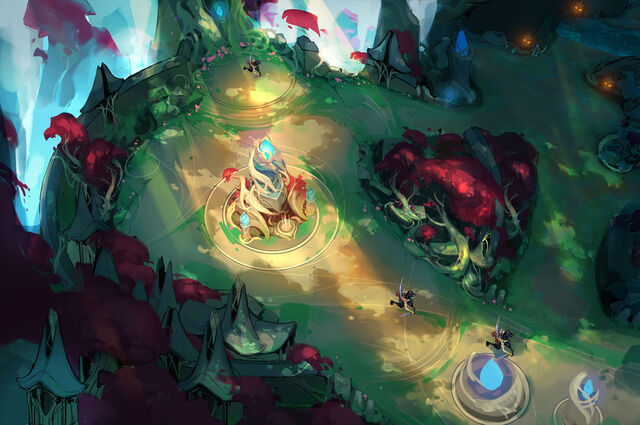 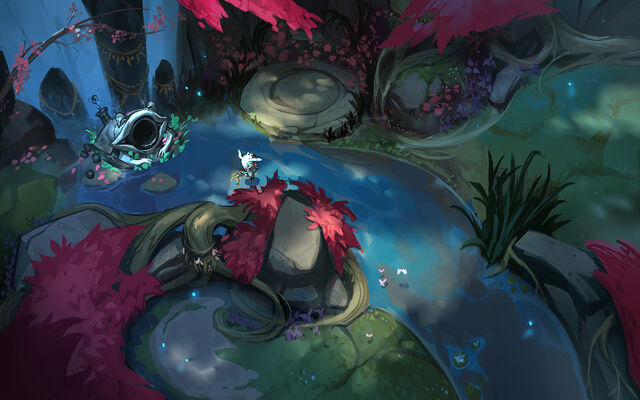 We've also made some changes to the in-game events and the rewards you earn from winning them. You can expect the return of some old favorites (Battle Sled directly into the enemy team, anyone?) with improved gameplay clarity, plus some brand new events and rewards.

Similar to our other game modes (like ARAM and URF), we'll be making Nexus Blitz-specific balance changes throughout the event, so expect an initial list of balance adjustments closer to the live date in the patch notes.

See you in the forest! 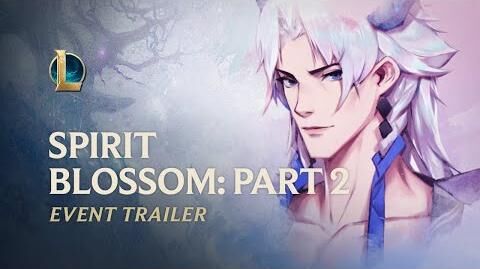 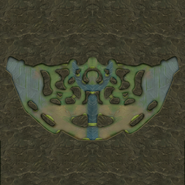 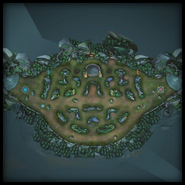 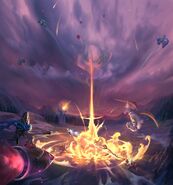 Nexus Blitz: Fights constantly break out on a compact map with special events and rewards adding a touch of chaos.

On Fire!: Kill and assist hotstreaks set you on fire, making you much stronger – but also easier to kill.

Temple of Lily and Lotus Teaser

Temple of Lily and Lotus Map 1

Temple of Lily and Lotus Map 2 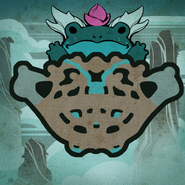 Temple of Lily and Lotus Minimap 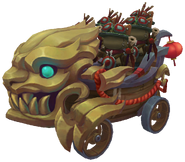 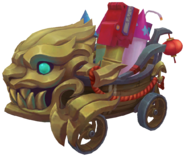