< Neeko
View source
watch 02:52
Roblox: DeepWoken - The Loop
Do you like this video?
Play Sound 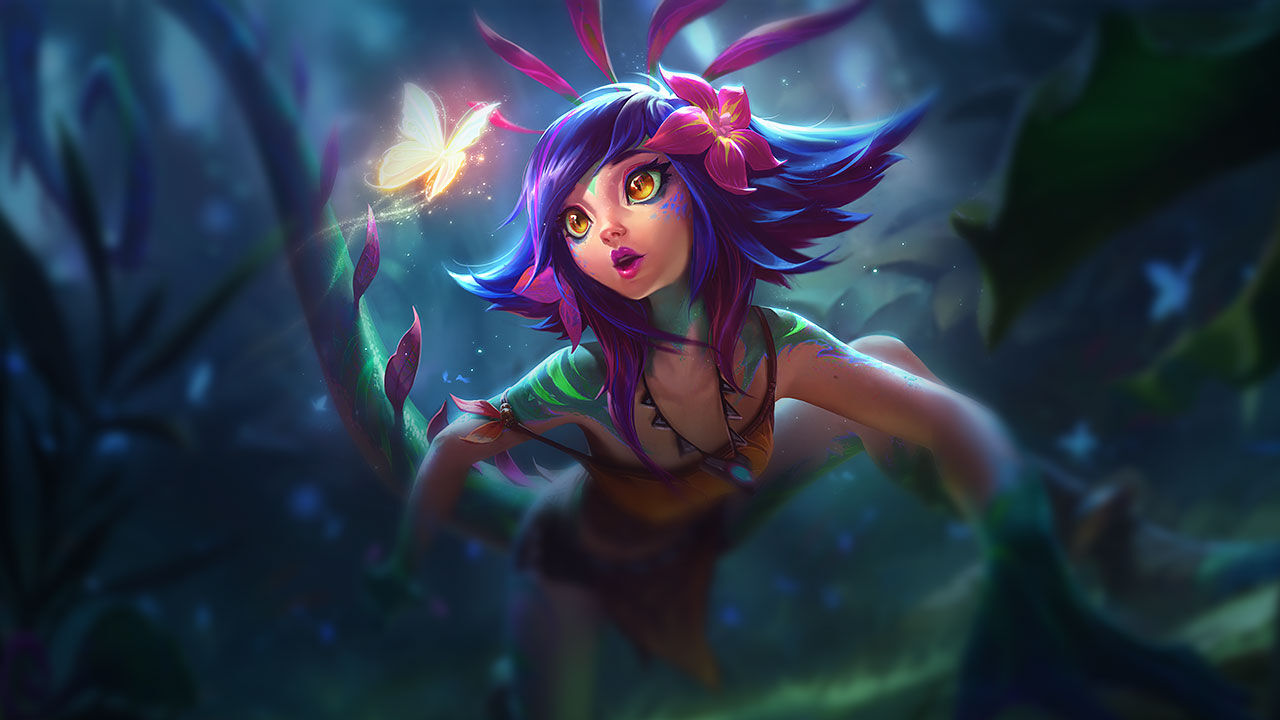 Neeko is a champion in League of Legends.[1]

Innate: Neeko is offered a selection of allied

champions to take their appearance. She can choose a new champion to switch her disguise or select herself to deactivate her disguise while Inherent Glamour is not on cooldown.

While disguised, Neeko can use basic attacks while keeping her form. Taking damage from enemy champions, or casting either

Disguising as a champion or deactivating the disguise places Inherent Glamour on a 2-second cooldown. 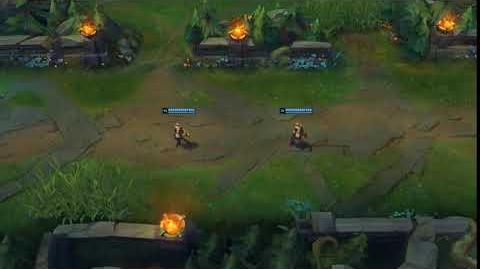 Active: Neeko propels a seed at the target location that deals magic damage to enemies within the area.

monster, it will bloom again after 0.75 seconds to deal magic damage. This may occur up to 2 times per cast. 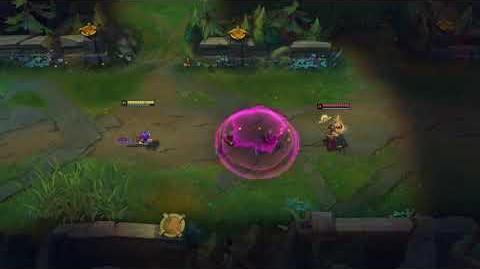 on-hit grant Neeko a stack of Shapesplitter, stacking up to 2 times. At 2 stacks, Neeko's next basic attack

on-attack consumes the stacks to turn her attack into a

current form for 3 seconds, which moves a fixed distance in the target direction. The clone is

untargetable to allies and for the first 0.5 seconds of its lifespan to enemies.

Both Neeko and her clone additionally become

invisible for 0.5 seconds and gain bonus movement speed for 3 seconds. 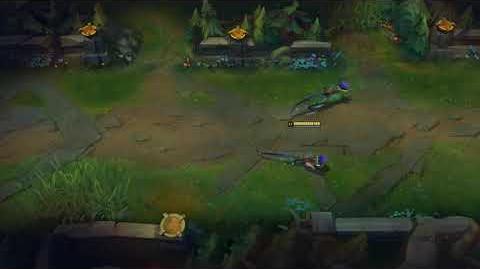 Active: Neeko slings a magical spiral in the target direction, dealing magic damage to enemies it passes through and

If the spiral hits at least one enemy, it thereafter has its size, speed, and root duration increased. 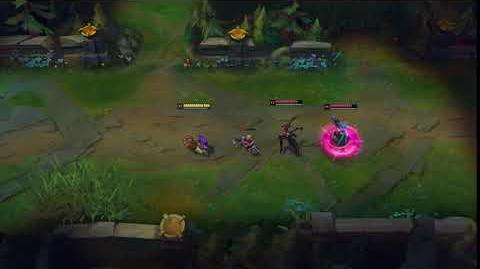 Active: Neeko winds up with spiritual essence over 1.25 seconds, highlighting the area around herself. This is not shown to enemies while she is

After winding up, the cast time begins and Neeko leaps into the air over the duration, gaining a

shield for 2 seconds that is increased for each enemy

champion that is closeby when it is gained.

When the cast time ends, Neeko lands to burst out the energy, dealing magic damage to enemies within the area and

stunning them for 1.25 seconds. 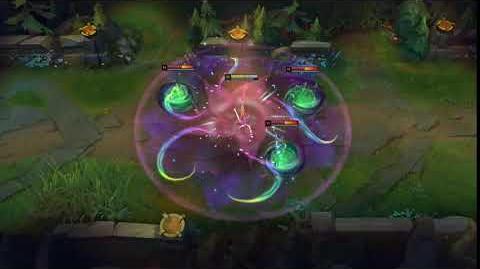 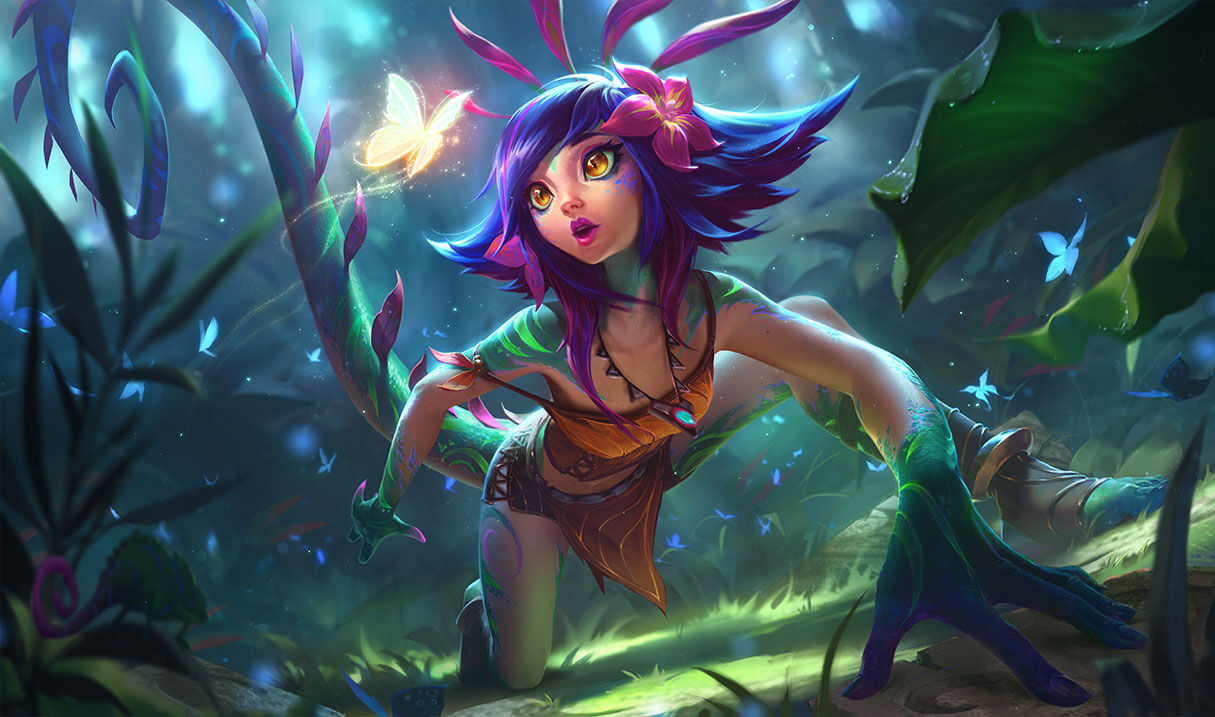 975
05.12.2018
Hailing from a long lost tribe of vastaya, Neeko can blend into any crowd by borrowing the appearances of others, even absorbing something of their emotional state to tell friend from foe in an instant. No one is ever sure where—or who—Neeko might be, but those who intend to do her harm will soon witness her true colors revealed, and feel the full power of her primordial spirit magic unleashed upon them. 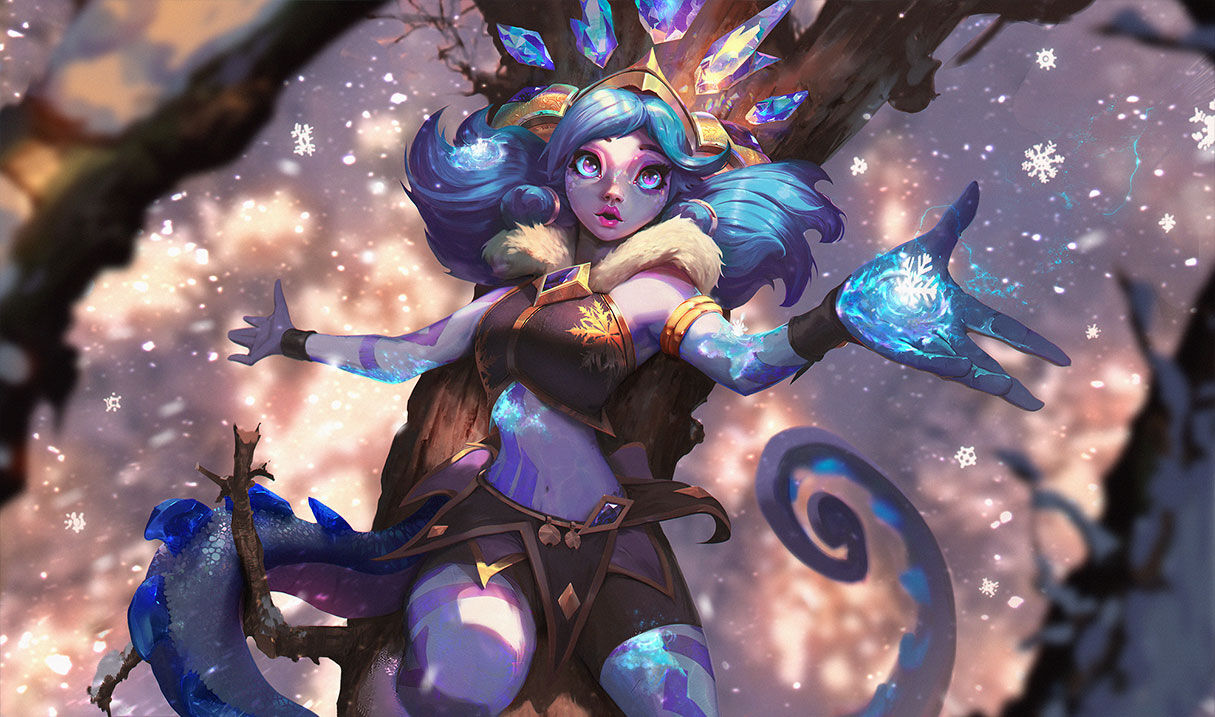 1350
05.12.2018
An ancient and mysterious winter sprite, Neeko regards the world around her with an almost childlike curiosity. Having recently returned from beyond the Poro King's vast domain, she has become enamored with the civilization that has risen in her absence. 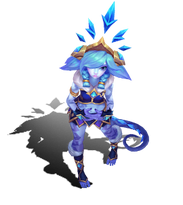 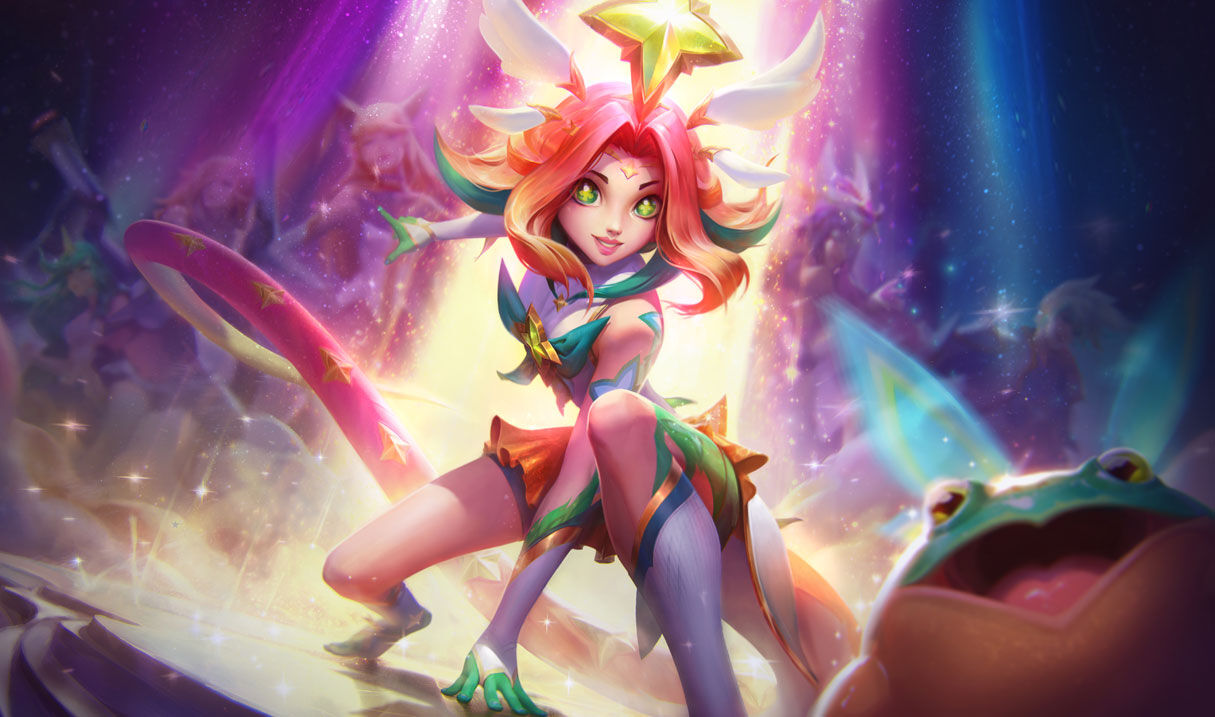 1350
12.09.2019
A member of Ahri's original team of Star Guardians, Neeko watched her teammates fall against Zoe's dark powers, going into hiding when she, too, was thought dead. Revealing herself to the newly assembled Star Guardians at the eve of their greatest battle, the wide-eyed adventurer has vowed that this time, she won't run. 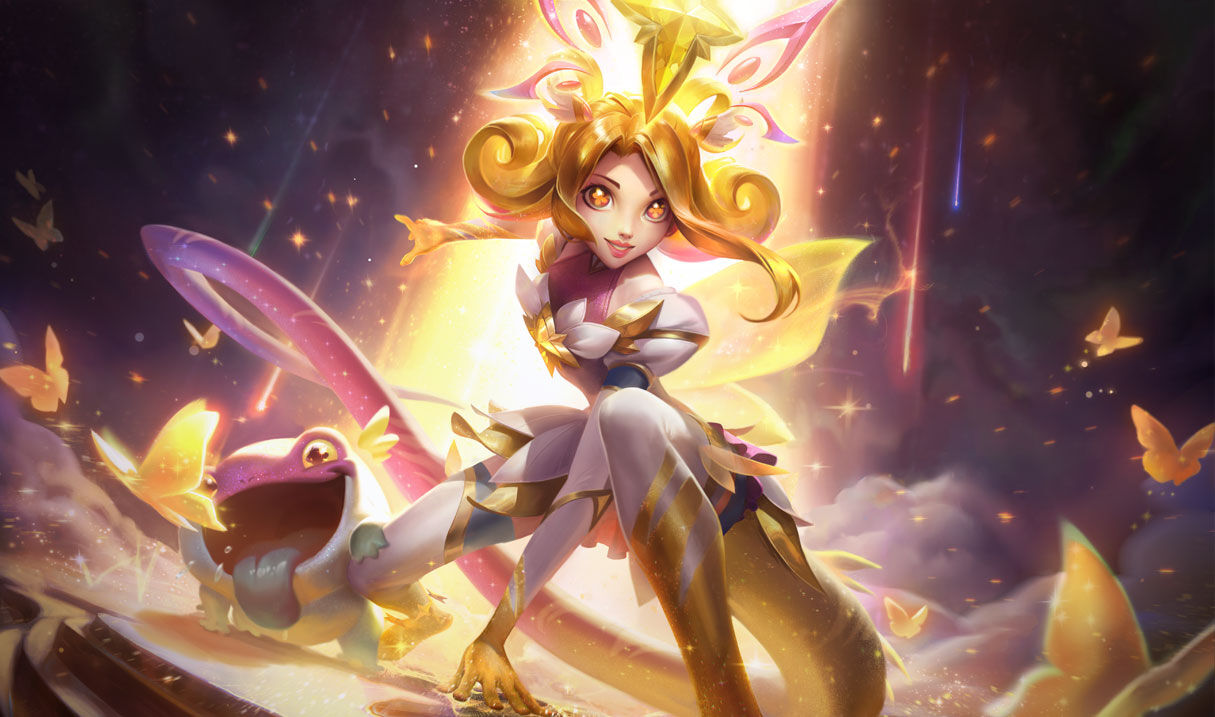 Prestige Star Guardian
View in 3D
Special
12.09.2019
Neeko and the Star Guardians emerge from their battle forever changed, friendships reforged in the face of stunning victory and brutal loss. They will save their lost companion—perhaps not now, but one day—and they will do it together. 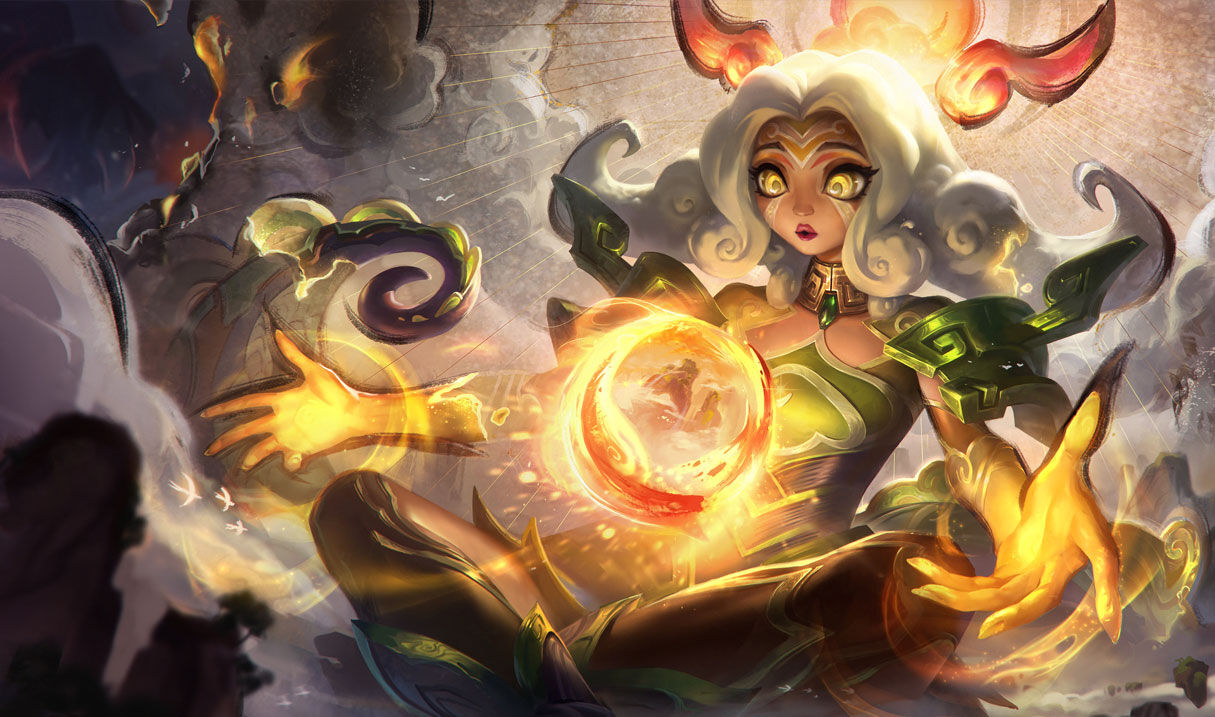 1350
28.01.2021
A kindly god of the Shan Hai Scrolls who remembers her counterpart, Jhin, from before he succumbed to madness, Neeko believes she can return Jhin to the side of good before the painting's magic fades and doom befalls the multiverse, but she knows such an expenditure of power may destroy her in the process. 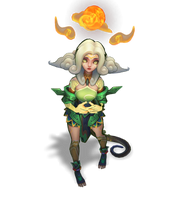