League of Legends Wiki
Register
Don't have an account?
Sign In
Advertisement
in: Character stubs, Necrit, Characters,
and 2 more 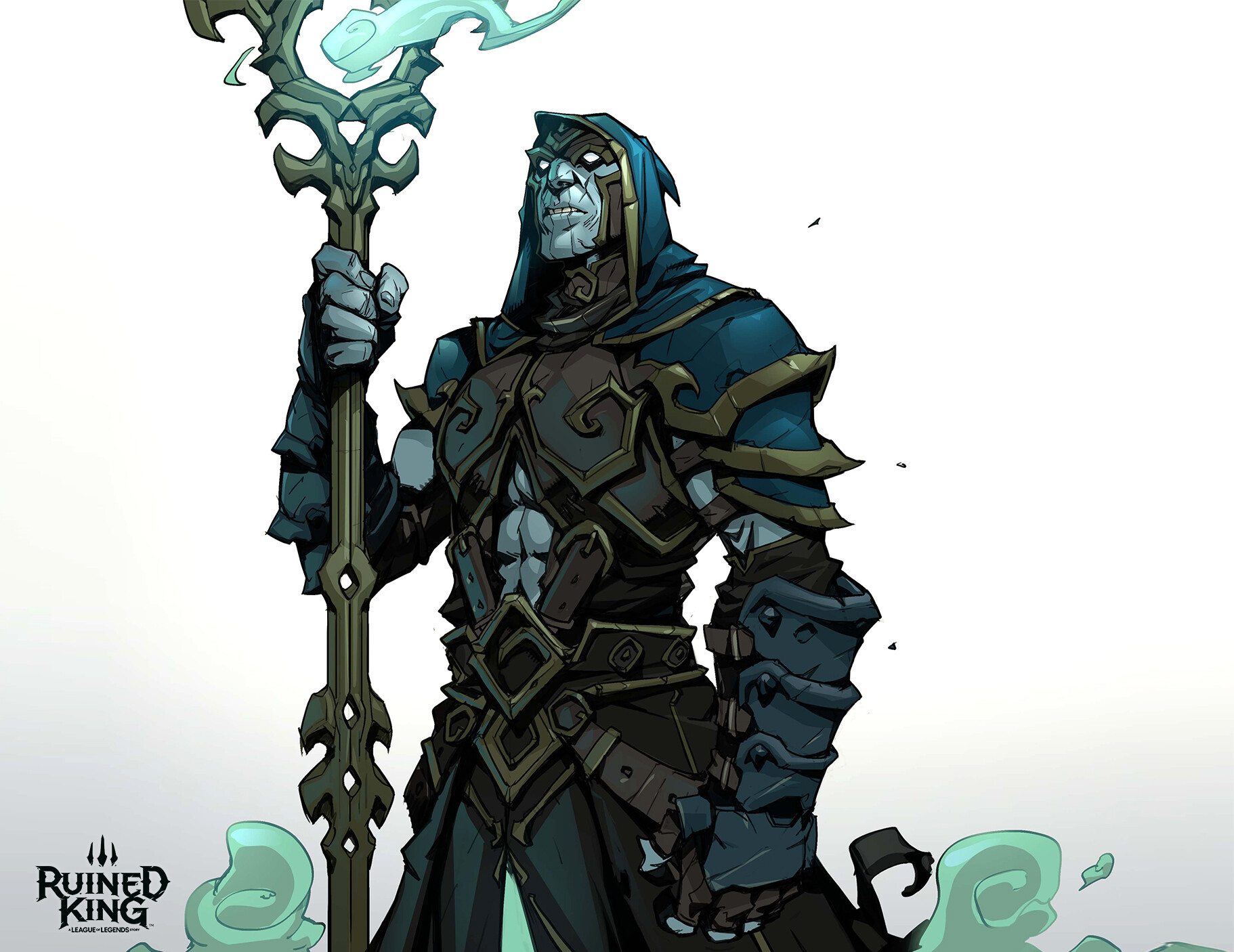 queen's death, he witnessed the country being to collapse as the king descended into madness. He accompanied the grieving king on the journey to the

Blessed Isles, and fell victim to the ruination that transformed all souls across the land. Luckily, Necrit's will remained intact, and he would explore the isles, rounding up other sane souls to establish a safe haven.

Thresh seeks to bring forth the Ruined King from slumber. At the same time, a formidable band of interlopers would arrive to the isles in search for answers. After observing their strength, Necrit appears before them and exposes the state of the land, and the impending doom about to be unleashed. With his supply of information, the warriors manage to triumph over the Ruined King and seal him away.

Necrit observed a form of desire within Viego's heart, a void that could not possibly be satisfied, except seemingly by his love of Isolde. After the queen's death, Necrit could see in hindsight that the king's delusions—his obsession—was merely a pursuit of reclaiming a treasure that was denied from him.