Nashramae is a coastal port city located in northern Shurima. A Shuriman port famed for its silk, Sun Disc replica, and festival celebrating 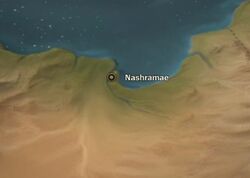 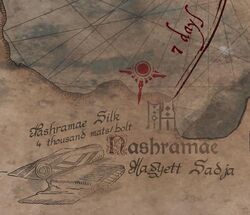 This northern coastal city, currently run by Hagyett Sabja. The people of Nashramae are devoted to preserving the ways of the past, celebrating their ancestors and the Ascended. It holds a festival yearly celebrating

Rammus, where thousands gather to roll and somersault around the city. Its primary exports are woven goods, like mats and bolts of cloth.

Gigantic scarabs that roam in swarms, looking for unfortunate travelers to feed on. They seem to be common prey for

The enigmatic armordillo that roams the deserts of Shurima.

Rammus comes and goes, appearing to the people of Shurima at random, usually by accident, looking for food, or because of some other agenda. However, this hasn't stopped the people from creating wild theories about his origin, race, and goals. Some say he is harbinger of change, others say a god, and still others claim him to be a guardian of Shurima. Whatever the case, he will continue to roam the desert, and mystify all who come across him.

The Disciples of the Armordillo is by far the only cult that does not have any detriments. The cult revolves around the legendary being known as

Rammus, whom they believe to be a god, Ascended, oracle, or something along those lines. Disciples yearly conduct ceremonies wherein they will imitate his famous roll, and somersault across their respective cities in droves. Many pilgrims roam the desert, in the hopes that they will find him and answer a single question. Knowing his cravings for sweets, they often fill all of their caravans with treats and sweets, usually finding their caravans exhausted of it all first thing in the morning.

Shurima
Retrieved from "https://leagueoflegends.fandom.com/wiki/Nashramae?oldid=2961184"
Community content is available under CC-BY-SA unless otherwise noted.