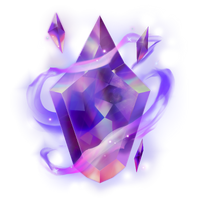 Mythic skins are priced at 100 ME during their first unvault and 125 ME during subsequent unvaults. Only 2 Mythic skins will be unvaulted in the Mythic Shop at a time and will rotate every 3 months. A new Mythic skin and icon will debut at 100 ME during the start of each rotation and stay until the next rotation. A chroma and icon for the Mythic skin will also be available for 40 ME. Each season will feature a new seasonal Mythic thematic and comes with a rotating mythic ward for 50 ME and a mythic emote for 25 ME.