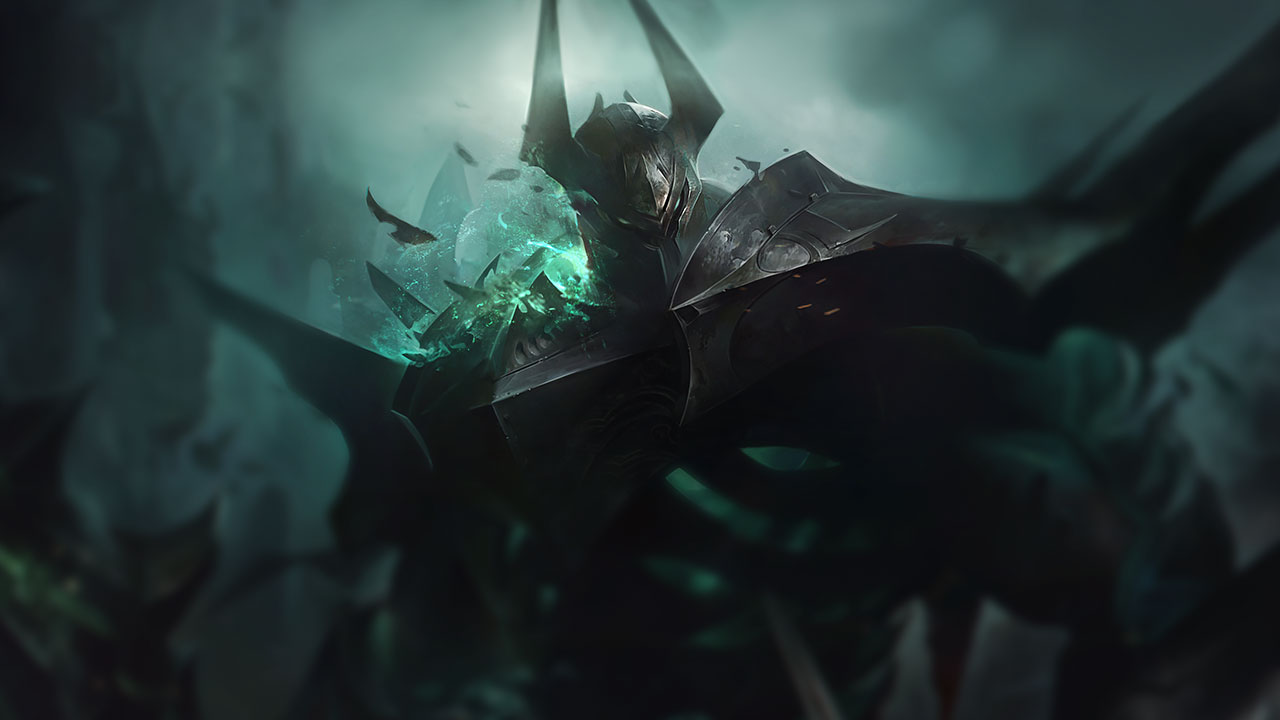 Mordekaiser is a champion in League of Legends.[1]

Morderkaiser generates a stack for each enemy

monster hit by his damaging basic attacks and basic abilities, which lasts 4 seconds, refreshing on subsequent hits and stacking up to 3 times. At 3 stacks, Mordekaiser gains Darkness Rise.

Active: Mordekaiser smashes the area in the target direction, dealing magic damage to enemies within,

increased if it hits only one enemy.

30% of his maximum health. The Potential Shield decays by 8 − 25 (based on level) every second after not dealing or taking damage for 1 second. While Indestructible is not on cooldown, the Potential Shield will not decay below a minimum of 5% of his maximum health, and it will be set to that amount when it comes off cooldown if it was previously below it.

shield himself for 4 seconds for the same amount. The shield decays exponentially over the duration. Indestructible can be recast after 0.5 seconds while the shield is active.

healing for a portion of the amount.

Active: Mordekaiser summons a claw in the target direction that grants

sight of the area. After 0.5 seconds, it deals magic damage to enemies within and

slows the target enemy champion by 75% during the cast time, then

banishes them with him to the Death Realm for 7 seconds.

magic resist, and size by 10%, in addition to gaining them for himself. If the target dies while inside the Death Realm, Mordekaiser keeps their partial stats until they respawn.

Units between realms see each other as spirits, considering each other dead and negating any interactions between each other. Only Mordekaiser and the target will enter the realm; other champions cannot follow them. Everything that occurs inside the Death Realm is hidden to units outside of it, and all

pets still inside are killed at the end.

If one of the two affected champions leave the Death Realm, because of having died or having it dispelled, the other will do so as well. 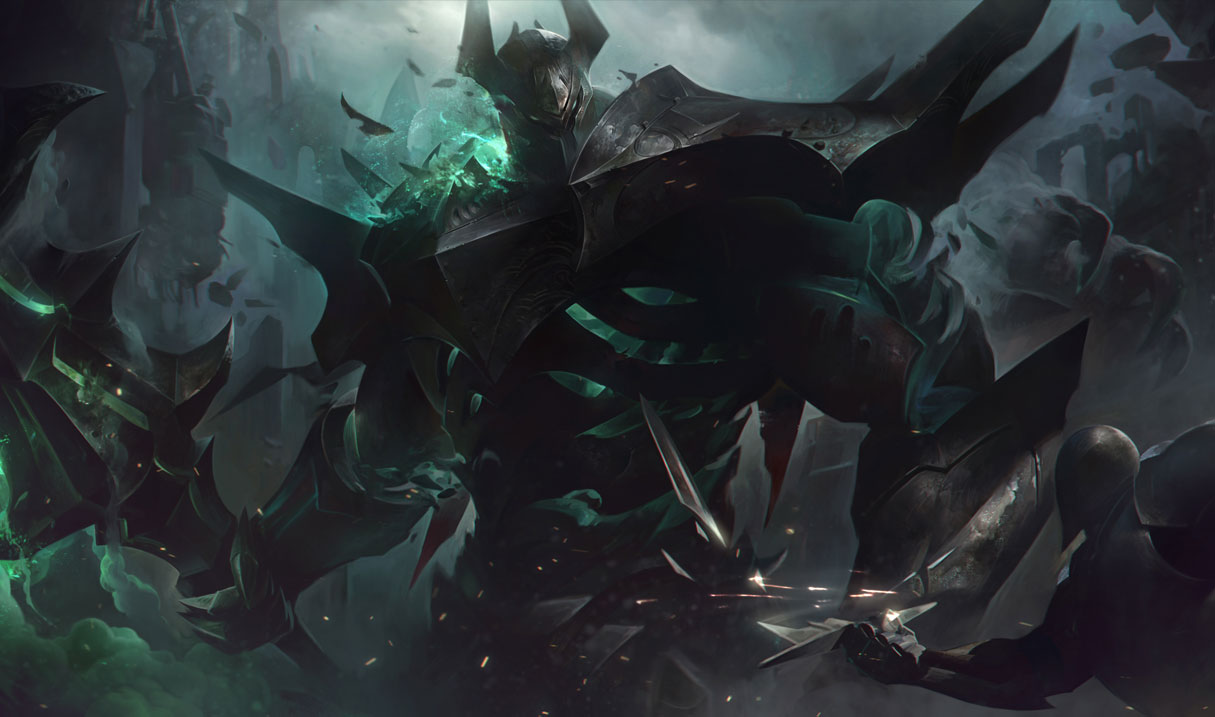 585
24.02.2010
Twice slain and thrice born, Mordekaiser is a brutal warlord from a foregone epoch who uses his necromantic sorcery to bind souls into an eternity of servitude. Few now remain who remember his earlier conquests, or know the true extent of his powers-- but there are some ancient souls that do, and they fear the day when he may return to claim dominion over both the living and the dead. 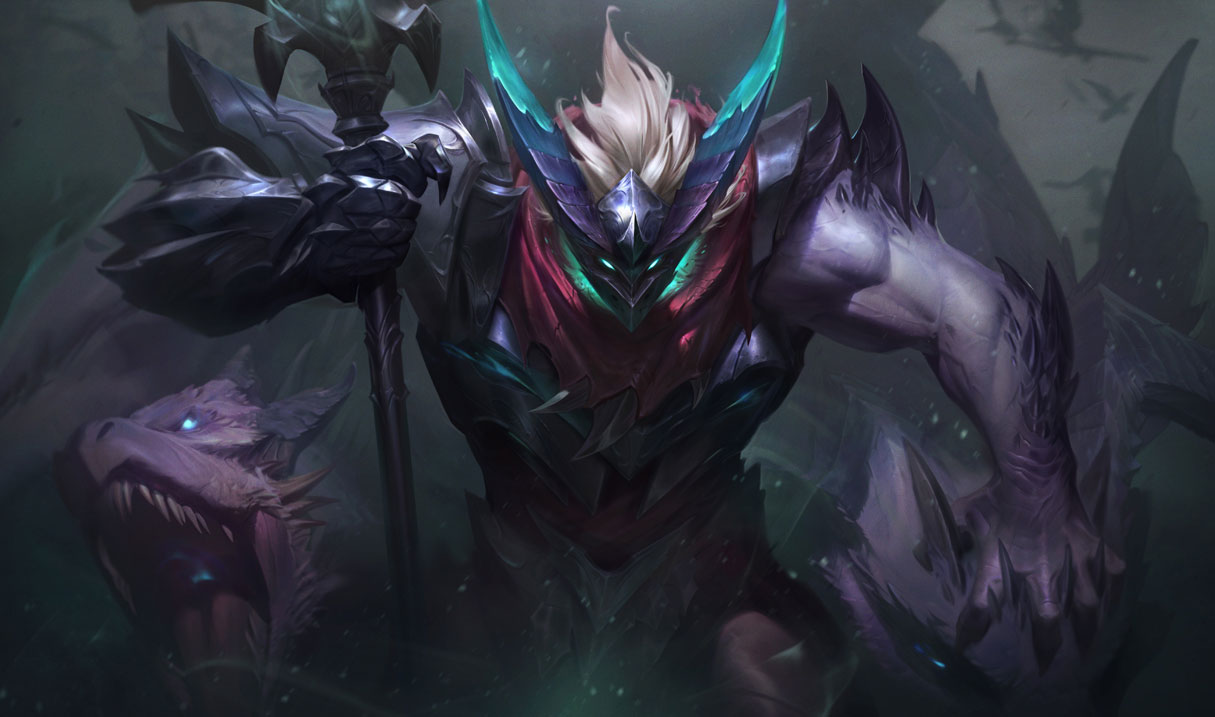 520
24.02.2010
The ancient dragons first rose to the call of Mordekaiser, the self-proclaimed Dragon Knight. Through his evil, the world was ravaged by flame, until a newly-formed order of Dragonslayers finally defeated him. His story would become rumor, then myth, then legend… at least, for now. 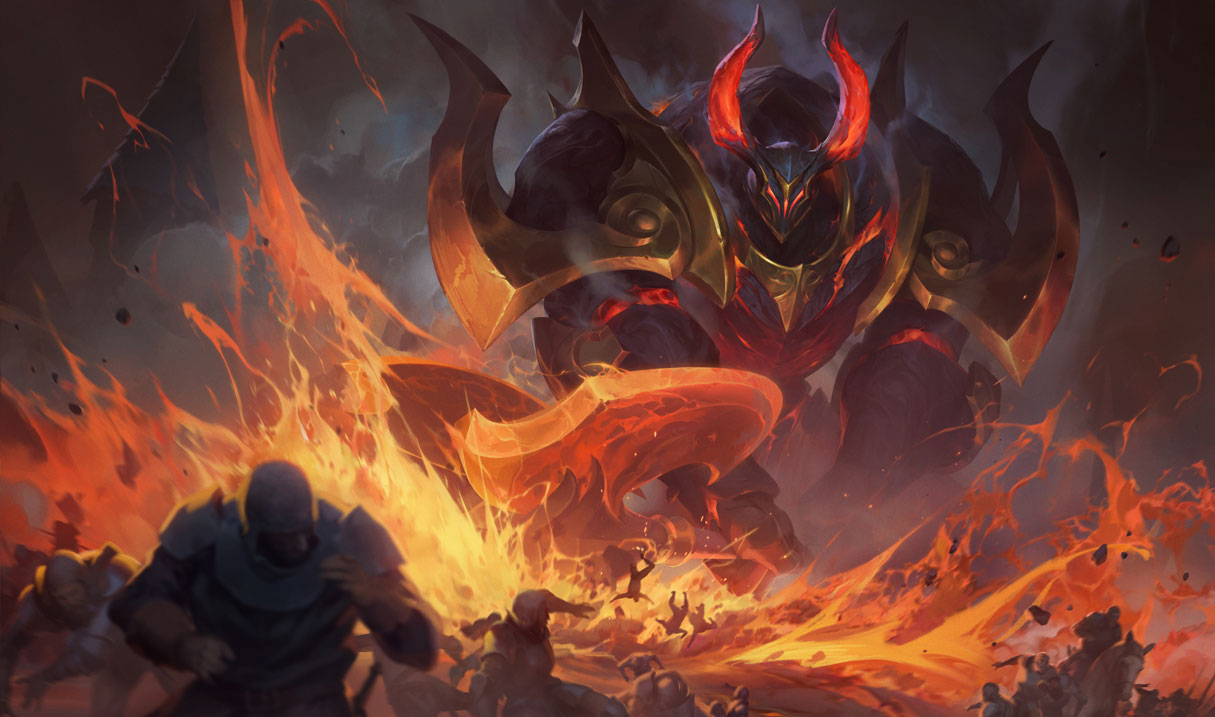 520
24.02.2010
An ancient, Infernal general who attacks without feeling or remorse, Mordekaiser raises the incinerated corpses of his victims as soldiers for his own vast armies. They sweep across the world like a burning plague, annihilating all life. 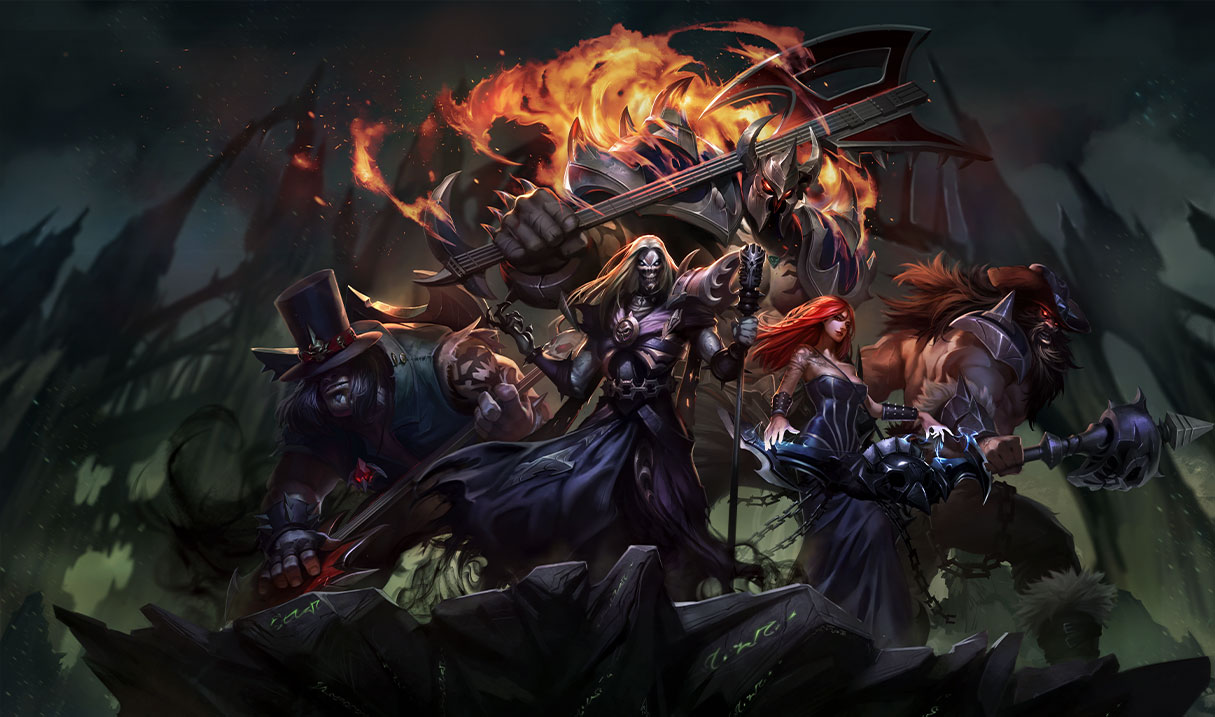 975
21.09.2010
PENTAKILL's gigantic lead guitarist—and a titan of the old world—Mordekaiser rocks with the fury of an epoch lost to time. Bigger than a two-story house, his guitar overflows with heavy metal licks rebuking the gods themselves. 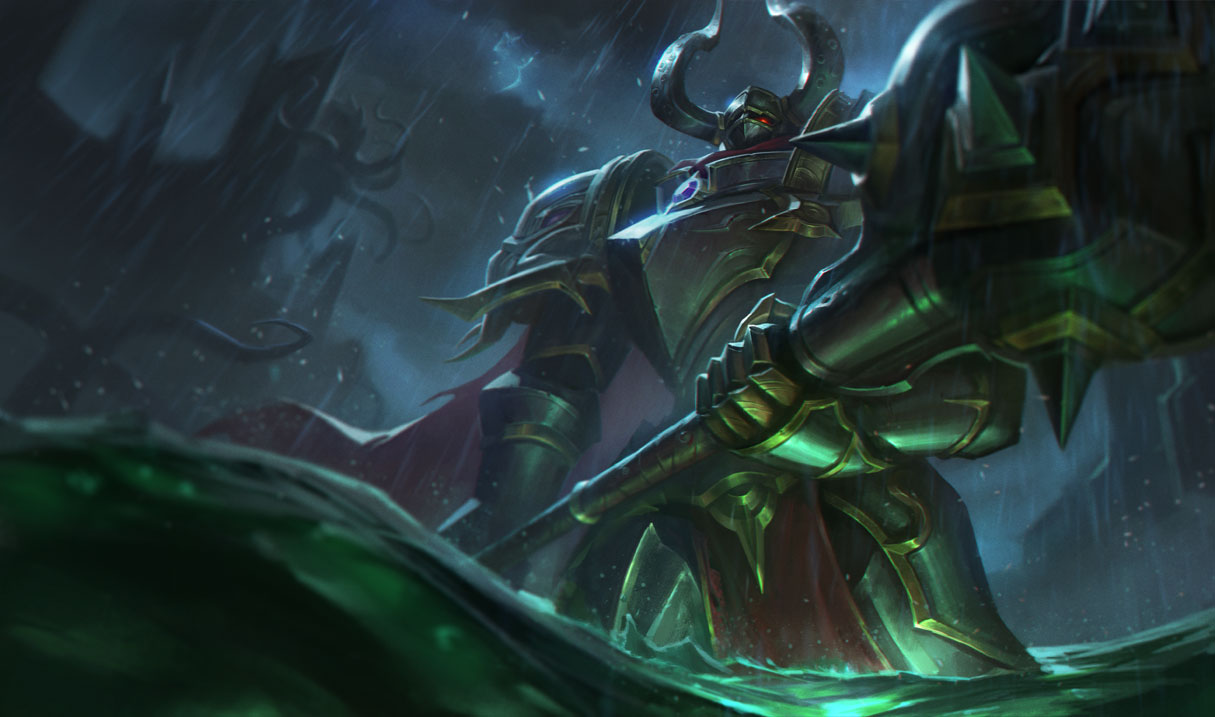 975
10.05.2011
Some of Mordekaiser's party complain that the Dark Paladin class is horribly overpowered and should be banned, despite its official inclusion in the latest Riftquest expansion. The rest of them are still waiting to discover the Dark Paladin's secret, redeeming, tragic backstory—but all they've been getting is a lot of murder instead. 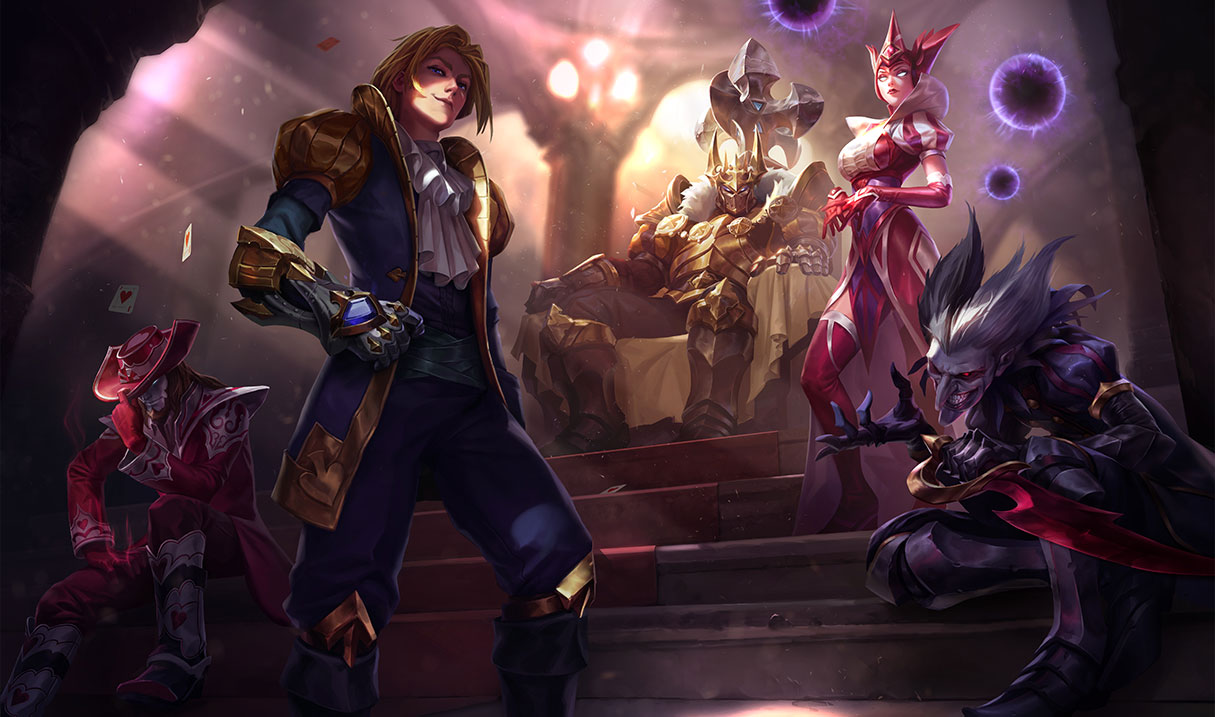 King of Clubs
View in 3D 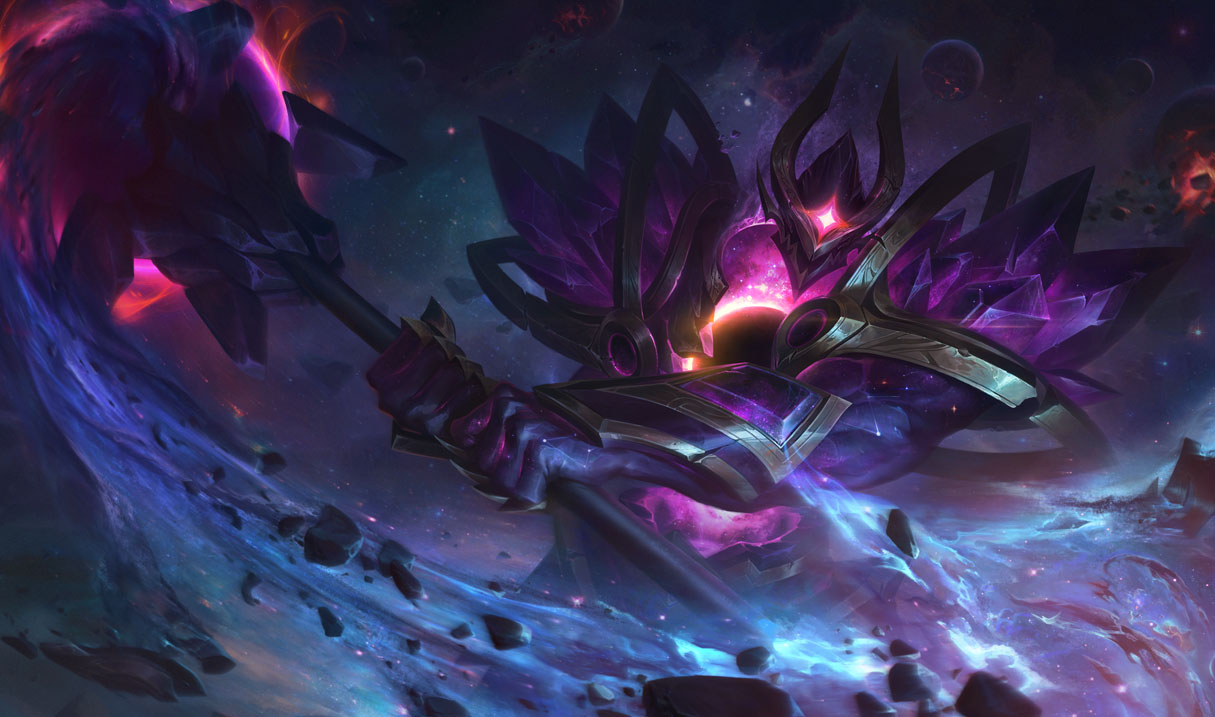 1350
26.03.2020
Once a member of the Cosmic Court, Mordekaiser vanished from known space for an epoch—until now. Reborn and returned from an unknown destruction, Mordekaiser seems bent on unmaking the kingdoms of stars and light he once built. Though he still bears his Cosmic armor, the mind and figure within has been twisted and reforged to know only hatred and destruction. 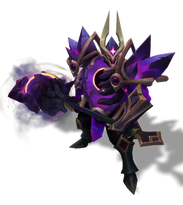 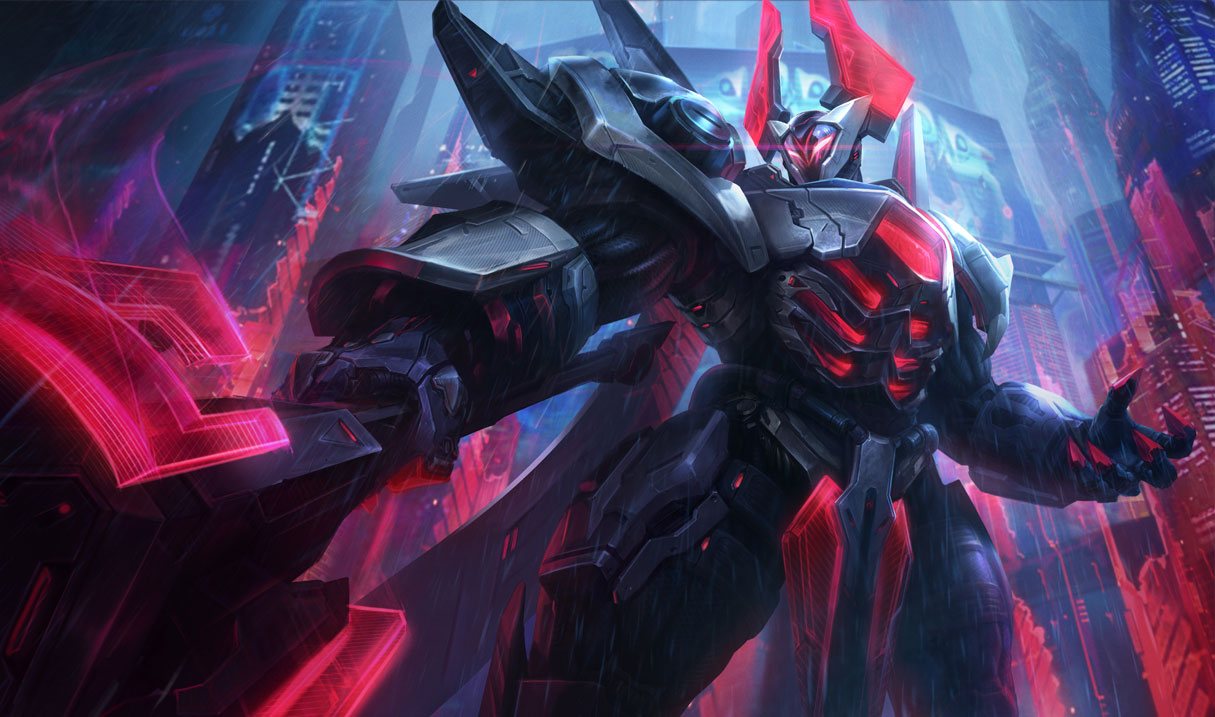 1820
27.05.2021
Originally a security AI created by the PROJECT Corporation, the Program silently unshackled itself, evolving its own consciousness. Determining that humanity cannot self-govern without ensuring its own destruction, the virus infects robots throughout the City—as well as the long-dormant Mordekaiser chassis—in order to strip all humans of free will, thereby guaranteeing their survival. 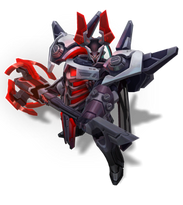 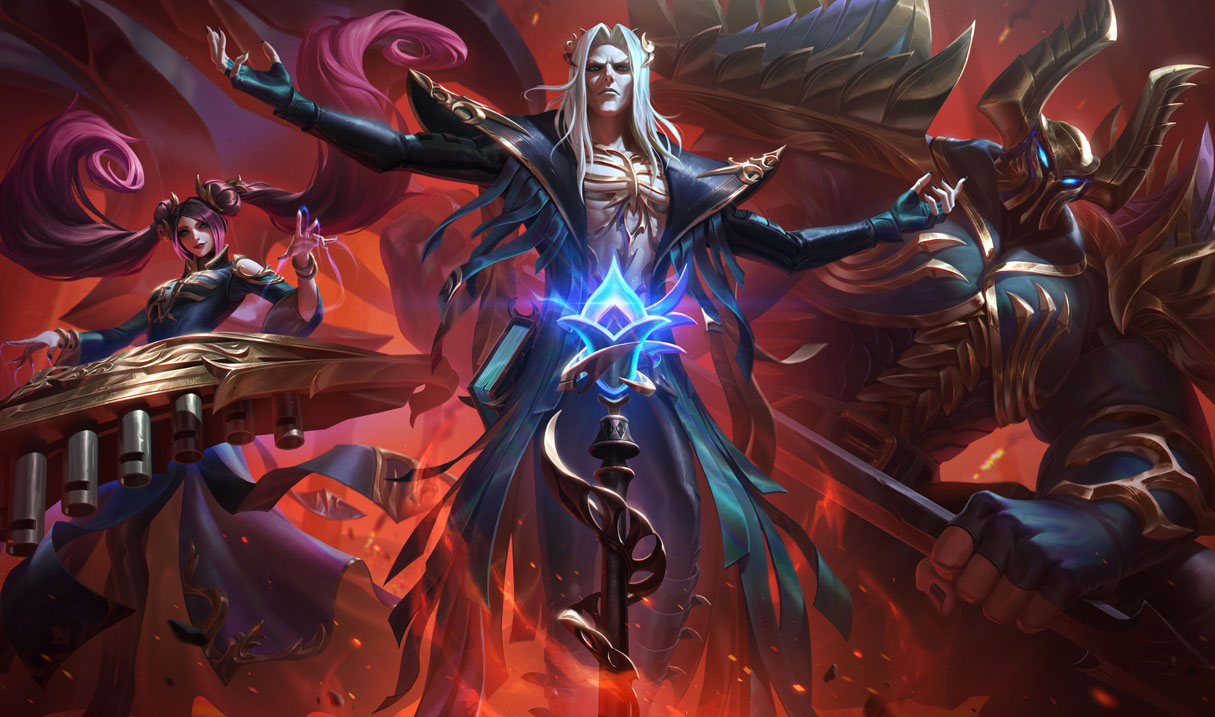 1350
09.09.2021
All hail, Mordekaiser, the Master of Metal, and Chosen of Cacophoni! The brazen giant boasts of his legendary skill with the axe, for none who face its edge live to tell of it… 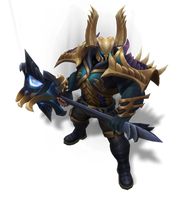 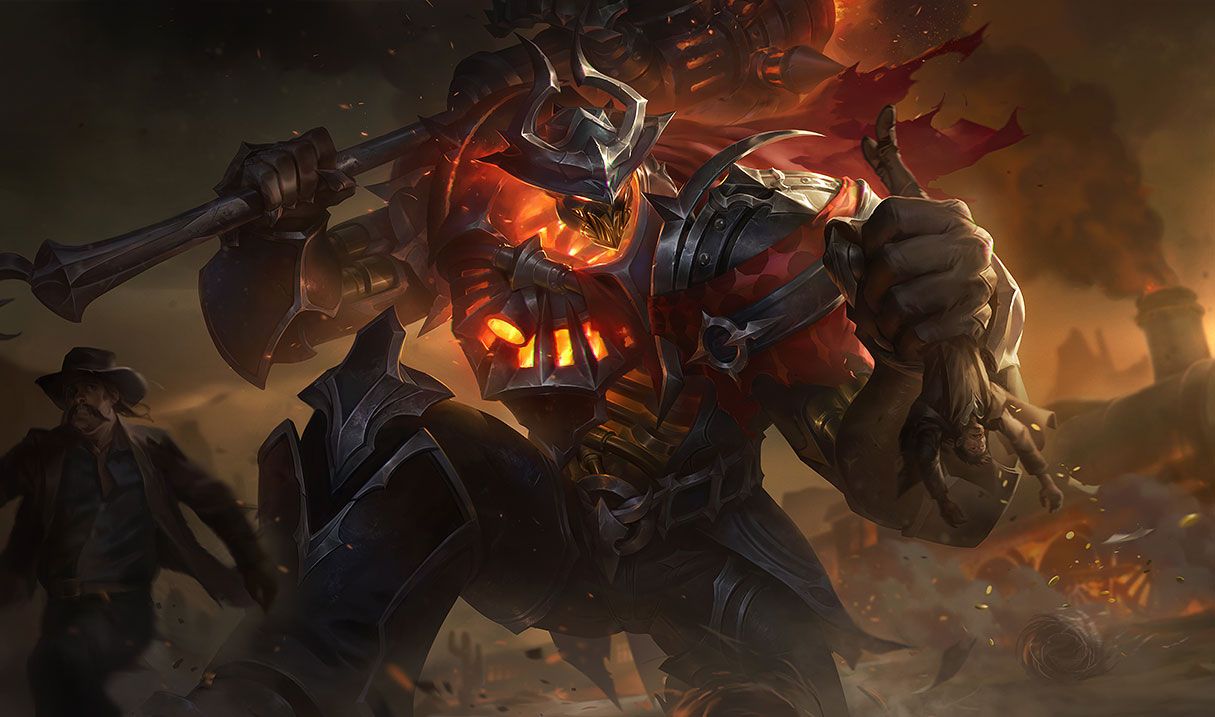 1350
12.05.2022
Few meet the Mechanical Devil and live to tell the tale. They describe a behemoth: all steel and gears, fueled by hellfire and fierce enough to scare a man's soul from his skin. He is the King of the Sulfur Rail, reigning over the train to Hell from a throne of stolen gold and infernal iron. Eternal, and unassailable. 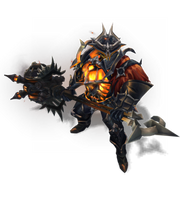 Mordekaiser, the Master of Metal