League of Legends Wiki
Register
Don't have an account?
Sign In
Advertisement
in: Lore of Demacia, Short Story, Vayne lore 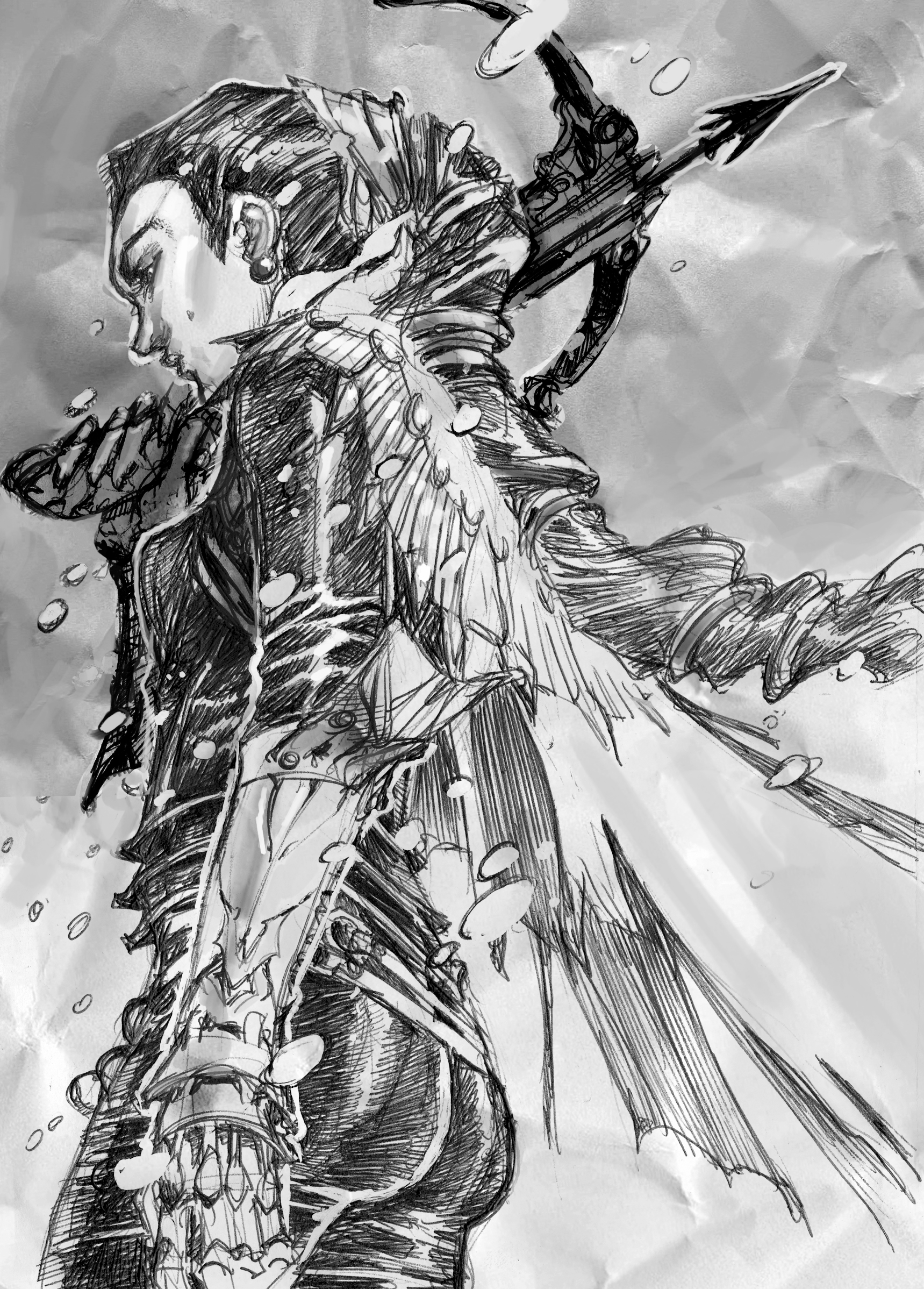 For Vayne, revenge is a dish best served brutal, bloody, and with skull-piercing bolts.

Vayne had one arrow left in her wristbolt launcher. She was bleeding from three different wounds. The previously-human beast she'd spent all night hunting had just knocked her to the ground and it was about to bite the head off her shoulders.

Things were going better than expected.

Slime dripped from the shapeshifter's maw as it shrieked in anticipation of its kill. Scanning the darkness with her nightseeker

goggles, Vayne found neither weapons nor cover nearby. She'd tracked the beast to this open patch of meadow specifically so it couldn't take cover behind the alderwoods of Demacia, but that decision left her exposed as well.

Which was fine by her. There's no fun in an easy kill, after all.

The beast grabbed Vayne by the shoulders, its mandibles opening to reveal rows upon rows of jagged teeth. If its jaws didn't kill her, its fetid breath could certainly finish the job.

Vayne rapidly reviewed her options. She could try to dodge the beast's bite, but that would be a short-term solution at the very best. She could kick the creature in its absurd number of teeth and attempt to land her last wristbolt in its bucking forehead, but she couldn't trust her arrow would find its mark through its gnashing forest of fangs. Or, she could try something flashy, violent, and slightly stupid.

She shoved her entire arm into its gaping mouth. The creature's razor teeth ripped strips of skin from her knuckles and arm, but Vayne smiled - she had the beast right where she wanted it. She felt its jaw clench, ready to bite and rip her limb off. She didn't give it the chance.

Vayne twisted her arm, dragging her wristbolt launcher across the inside of the creature's gob until the

silver tip of her final arrow pointed directly at the roof of the beast's mouth. With the flick of her wrist, the bolt tore through the monster's skull, shredding its brain.

The shrieking stopped as suddenly as it started, the creature's body limp as it collapsed upon the grassy soil. Vayne crawled out from under it and attempted to remove her arm from its skull without cutting herself more than she already had, only to find that her fist was stuck inside the creature's head.

She could either keep trying to pull her hand through the shapeshifter's jagged mouth - and probably lose a finger or two in the process - or she could dig her arm in further to punch through the top of its head and snap its jaw like a wishbone.

As always, Vayne chose the latter.

The widow Selina was beautiful beyond imagining, with hair that caught the sunlight even in the darkness of her fire-lit cabin. The deep scratches on her face, and even the tears that streamed down her cheeks, did nothing to diminish her beauty.

Vayne laid the carcass at the woman's feet as gingerly as she could. Its flesh was monstrously transformed and wracked with wounds both self-inflicted and not-so-self-inflicted; it looked more like a collection of limbs and meat than a person.

"Was it quick?" the widow asked through sobs.

It had not been quick. Vayne had tracked the changeling to its den in the forests outside eastern Demacia. She'd managed to interrupt it mid-transformation: its eyes had multiplied and expanded, its mouth had grown mandibles, its left arm had formed into a razor-sharp pincer - and it was angry.

Vayne flicked a glob of brain off her wrist, a clinging remnant from when she'd punched through the creature's skull.

"Oh, my love", Selina said, dropping to her knees and wrapping her arms around the mutated body. "What could have caused such a tragedy?"

Vayne kneeled beside the couple as the widow brought what was left of the man's head to her breast, either not noticing or caring as his blood smeared her dress.

"Some people transform themselves into beasts. Some are transformed against their will", Vayne said.

She picked up the bulging hand of the corpse, casually examining it. "He belonged to the second group."

The widow collapsed onto the body in tears, unable to find the words.

"Sometimes, therians - shapechangers - want a companion. Sometimes they're just savage: they lash out and bite somebody out of confusion or anger. Others I've met just get bored. They think it's fun", Vayne said, patting the woman's head. "But some... some just need to eat."

The widow looked up, sniffing away tears.

"They want to eat somebody, but sometimes that somebody gets away. And the thing that tried to eat them accidentally passes on its phage. Then they end up turning, too."

The widow glared at Vayne. The wristbolt launcher on Vayne's arm clinked as she brushed the woman's hair out of her tear-filled eyes.

"The last therian I killed told me his victims tasted better if they loved him. Something about the juicy flavor they took on when they blushed. Can't even imagine how they must taste while on honeymoon, hmm?" Vayne mused.

"He did love you, you know", said Vayne.

The widow tried to stand, but Vayne gripped a fistful of the woman's hair and pulled tight.

"He must have been shocked after you bit him. People are unpredictable when they're scared. And there's nothing more frightening than being betrayed by someone you love."

Vayne flicked her wrist, cocking the wristbolt launcher on her forearm.

The woman stared back with hatred, her eyes slowly darkening to a deep red.

"Nobody", she said in a voice like knives scraping across rock. "I am of my own design."

"How did you know?" the widow asked, sliding her hand behind her back.

"Bite marks on the front of his neck, rather than the back, combined with the lack of wounds anywhere else on his body, told me he was attacked by someone he trusted. Go ahead. Try it."

"The pincer you're forming behind your back. Slash me. Let's see if you can cut my hand off before I put a bolt through your forehead", said Vayne.

The widow retracted her pincer from behind her back, crestfallen. The game was up.

"Why what?" Vayne blankly replied.

"Why not just walk in and kill me? Why this whole... presentation?"

Vayne tightened her wrist. With a metallic twang, a six-inch bolt of cold silver pierced the changeling's brain. The widow's eyes rolled back into her head. She collapsed to the floor like a bag of stones.