League of Legends Monsters. For other uses of Monster, see Monster (disambiguation)

Monsters are neutral units in League of Legends. Unlike minions, monsters do not fight for either team, and will only do so if provoked (the exception of this being the

Rift Scuttler, which simply runs away when attacked).

Note: Epic monsters are also considered to be Large

Monsters reside in the jungle between the lanes, and will not move from their designated camp until attacked. When attacked, the monster will move towards and attack the nearest champion who recently dealt damage to it, up to a certain distance from its spawning point (its "leash" distance). If the monster is unable to attack any target or reaches its leash range, their "patience" bar depletes. This bar depletes faster the farther you are from the monster's spawn spot and the less you attack them after having provoked them. Non-epic monsters' patience will also deplete once they change target. They can change it up to 6 times after which the patience bar reaches 0.

Once the patience bar is depleted, the monster will head back to their spawn point, as well as massively regenerating their health over the duration. Even when attacked during this retreat, the monster will not be provoked until they reset upon reaching spawn.

After a camp has been completely cleared, it will remain empty for an amount of time specific to that camp (its "respawn time"), then all of the monsters will reappear. A camp's respawn timer can be known by pressing TAB. However, there is a prerequisite of having you or an allied champion witness the camp when it was cleared, or else the respawn timer remains unknown. This prevents the opposing team from knowing when a camp has been cleared and when it will respawn.

A monster camp will not respawn until all of the monsters in the camp have been slain. For example, if the

Greater Murk Wolf has been slain, but at least one of its two

Murk Wolf companions has not, the camp's respawn timer will not start until the last Wolf has been slain. Those invading the opposing team's jungle may deliberately do this in an effort to slow the opposing jungler's gold/experience income.

This tactic can be counter-productive if invasions into the enemy jungle is too frequent, or if the enemy jungler kills the leftover monster/s too soon that the purpose of delaying the camps respawn is minimal.

As a general rule, killing a monster rewards its killer with gold and experience points.

Additionally, certain large monsters offer greater rewards when killed, such as an individual buff, a team buff, or a global gold reward.

In addition to the above buffs, which are acquired by killing their respective monsters, large monsters heal any champion who casts the

Monsters will level up after having been killed, except

The following game elements have special interactions or effects against monsters:

Some Events had reskinned monsters

Historically, the forest where the Rift resides was the site of several battles between the Protectorate (Stag crest) and Magelords (Owl crest) summoners, two sides who sought out to use the natural magical energy of the area for their personal use.

Two-headed Wolves it has also attracted the attention of powerful

Dragons who currently reside in one of the battle torn ruins.

Krugs are creatures made from local flora and earth infused to construct a magical being. The Rift's unstable magic has inadvertently cause the reemergence of

After the fall of the Shadow Isles, the islands inhabitants were changed by the Black Mist. Numerous individuals and creatures now serve the Harrowing's will.

Vilemaw is an ancient spider of unknown origin currently residing in the cursed forest. The "Cult of the Spider" has most of its followers located in Noxus and Demacia.

Elise serves as its High Priestess, traveling to and from between the two nations and the Shadow Isles, bringing her followers to live with the Spider God, Vilemaw, for eternity, or so they believe.

Various monsters from across Runeterra, such as the

Razorfins are shipped through the black market and used for monster brawls. 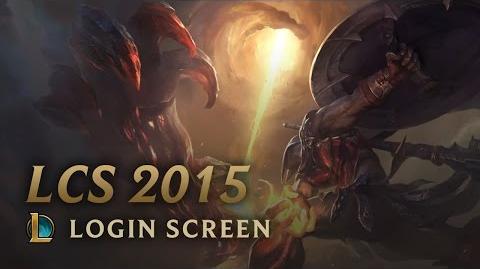 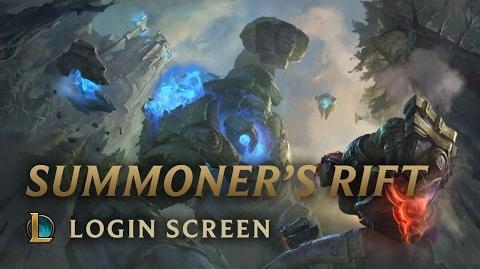 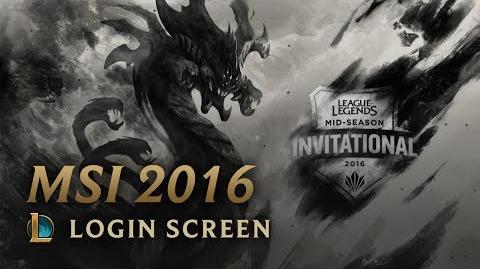 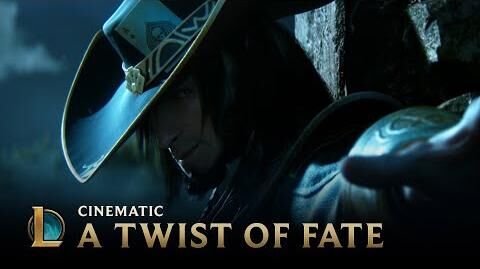 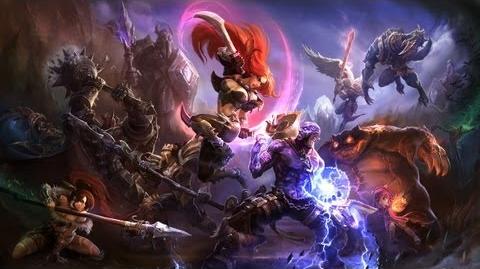 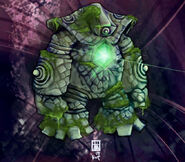 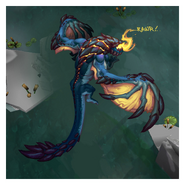 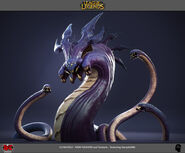 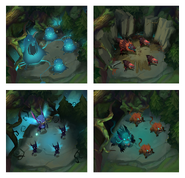 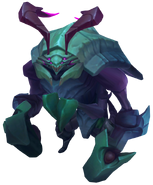 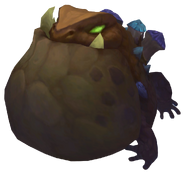 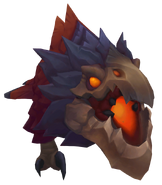 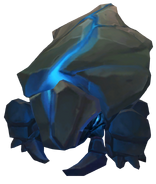 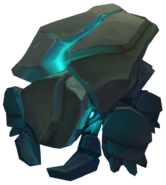 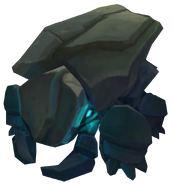 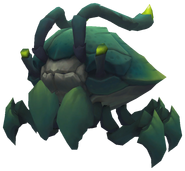