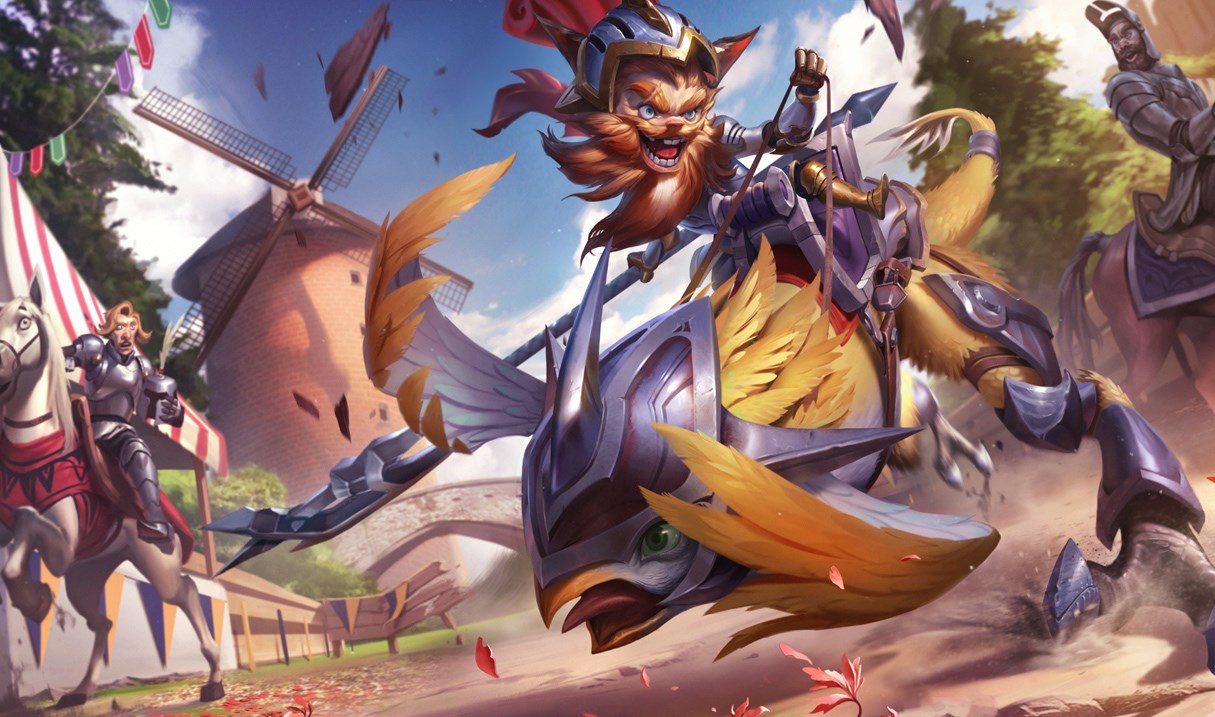 Medieval is a series of alternate future/universe skins in League of Legends. It is set in the middle ages, each champion is a person from the medieval period.

An ancient evil threatens to cover the Freljord in endless ice and Sejuani Dawnchaser must find a way to save her home before it is consumed by eternal winter. Dig hammers and sorcery? Well check out this page every Monday as ARTeapot spins up some fantasy adventuring goodness![1]