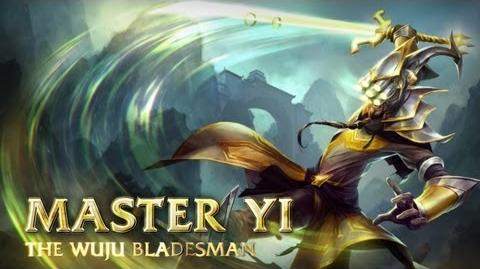 Whether you prefer to tear up the jungle or dominate a solo lane, this

Master Yi Champion Spotlight is full of tips and tricks to help sharpen your game.

DPS, and reflex-driven defensive abilities make him the ultimate high-risk, high-reward champion. He excels at fast, brutal ganks as well as diving into fights to assassinate targets before withdrawing with his impressive suite of escape tools. He's also got intimidating cleanup potential thanks to the extended duration on his

ultimate when he scores a kill or assist.

Learn how to prove you're a true

Highlander in this edition of the Champion Spotlight, featuring Master Yi tactics, masteries, and more.