Active: Throw a snowball at a long distance in the target direction, dealing 15 − 100 (based on level)

Dash for the next 3 seconds.
Mark will grant

Brush while passing through.

Active: Dash to the target struck by

true damage to them upon arrival. Dashing to the target will reduce

Mark's cooldown by 25%.
You lose the ability to cast Dash if the marked target dies or removes the mark.

Mark / Dash is a summoner spell exclusive to the

Howling Abyss. Mark uses direction-targeting while Dash uses auto-targeting. It throws a snowball that, upon impact, deals true damage and over the next few seconds, the spell may be reactivated to dash towards the marked target to deal the same damage. 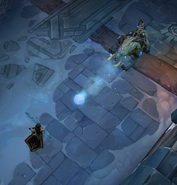 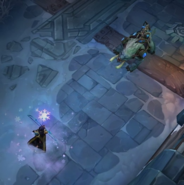 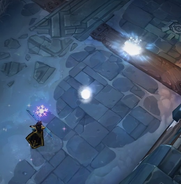 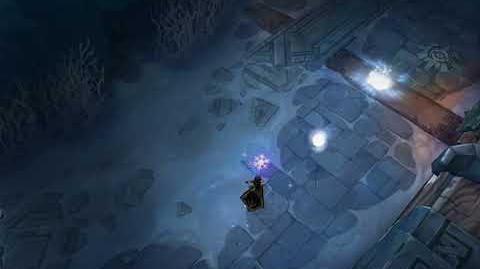