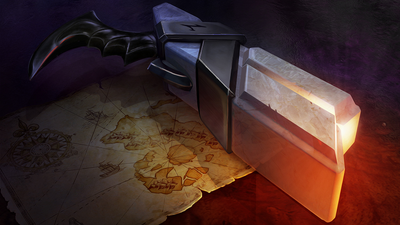 When we took up these

weapons, we accepted our mission with pride. Rid Runeterra of evil, they told us. Slay the corrupt. Send the filth of the world crawling back to the hole it crawled out of. Not just anyone can wield these weapons. You need a pure heart. A fearless mind. An inner light that outshines all the darkness in the world. Once I had that light. Now I'm not so sure.

Everything changed. We knew our mission was greater than ourselves. The enemy was not who we fought, but what we fought. Evil. The Shadow Isles? Just another mess to clean up, just a bunch of ghosts. They were abominations, but nothing we hadn't put in the ground before. Until the day we faced

him. Until the day he ripped her from my life. 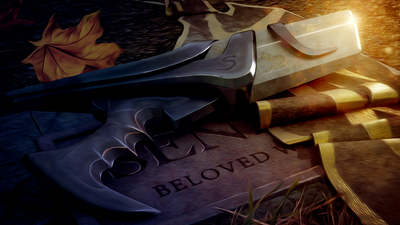 Now my enemy has a name. She wouldn't want me to come after her - she knew the risks. But I can't forget her. I won't forget her. I'll hunt down the bastard who took her from me and send him straight to the grave.

Twice, if I have to.

Arm yourself as Lucian, the Purifier

Stand against the shadows and obliterate evil with righteous power as

Lucian, the Purifier. Armed with ancient weapons, this ranged carry excels at pummeling opponents with

After using one of his abilities, Lucian's next auto attack shoots twice. The second shot deals reduced damage.

Shoots a bolt of light through a target, damaging enemies in a line.

Fires a shot that explodes in a star pattern and

Lucian dashes a short distance and removes all

The Culling kills an enemy champion.

Lucian moves freely while firing rapidly in a single direction, dealing damage to the first enemy hit. Lucian can cast

Piercing Light offers Lucian significant harass potential, even through minions, forcing enemy carries to decide between missing last hits as they dodge his shots or taking damage as they farm up. Dashing with

Lightslinger enables Lucian to fire two auto attacks in quick succession after using his abilities. This offers ample opportunities for the Purifier to bully his lane enemies and take the upper hand in simple duels. On-hit effects such as life steal, slows, and

ultimate, is a channeled ability that fires a barrage of bullets in a straight line, damaging the first enemy champion hit. Unlike many channeled abilities, Lucian has the option to dash with

Relentless Pursuit as he unleashes

The Culling. While on the move,

The Culling will continue firing in the same direction as when activated. Simultaneous use of

Relentless Pursuit allows Lucian to quickly dash away from his approaching enemies or move in towards fleeing foes. Earning kills with

Relentless Pursuit, making Lucian a swift death dealer while his

Once teamfights break out,

Relentless Pursuit enables Lucian to quickly escape unfavorable situations and kite pursuing opponents, or skirt around the enemy team to single out priority targets. When facing off against a group of foes,

Piercing Light rips through the group.

Legends of the Field - Login Screen

Retrieved from "https://leagueoflegends.fandom.com/wiki/Lucian/Development?oldid=3091381"
Community content is available under CC-BY-SA unless otherwise noted.