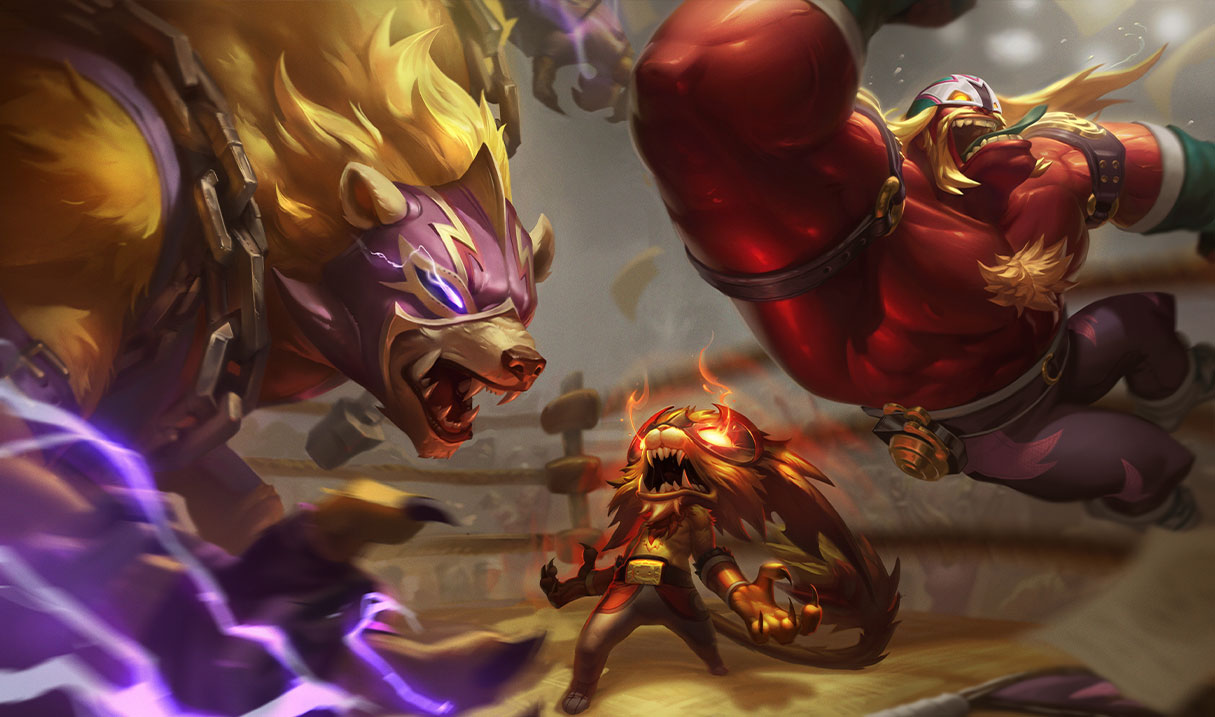 Luchador is a series of alternate future/universe skins in League of Legends. Set in wrestling setting, each champion is a professional masked wrestler.

What does a day in the life of Academy Ahri, Darius, Ekko, and Vlad look like? Wonder no longer! We collaborated with Gutter Rat, a wickedly talented community creator, to bring the students’ school shenanigans to life.[1]