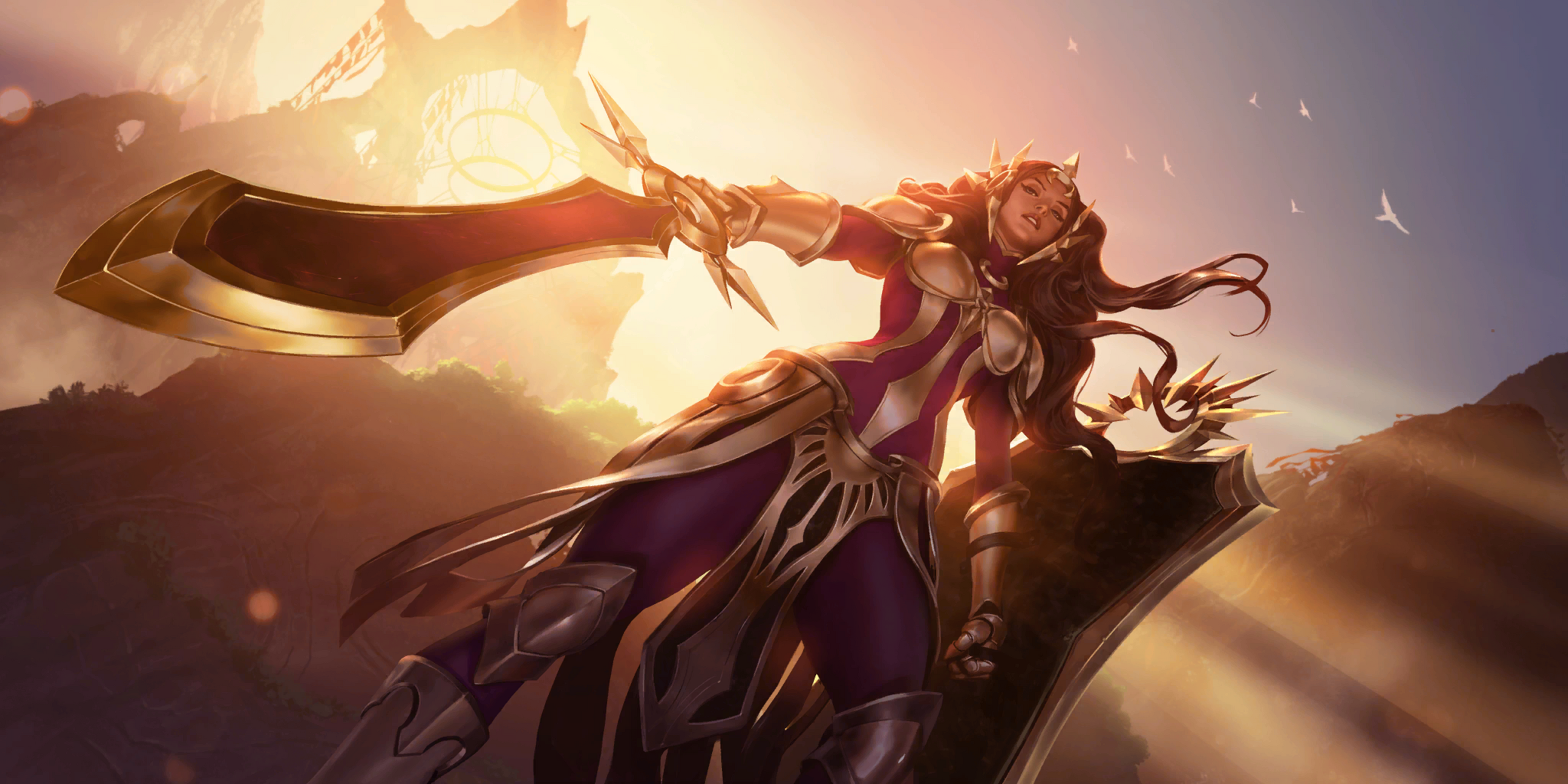 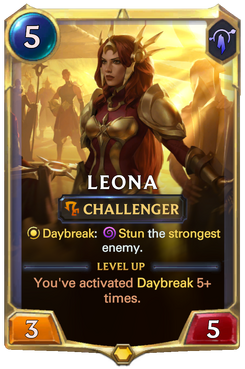 She stood amidst them as she prepared for battle--radiating light, bedecked in crimson and gold, her eyes like embers. As the rising sun crowned her head in light, each Solari present lowered their eyes, not in shame, but in deference to their shining leader. 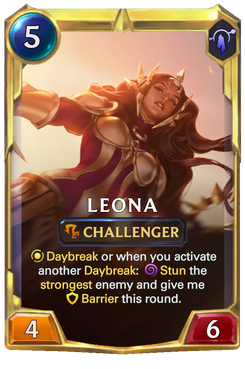 Daybreak or when you activate another

This was what Leona had prepared for. She knew she would find Diana fleeing down the mountain, retreating before the light of the sun. She breathed deeply to still her fluttering heartbeat, willing it silent with grim resolve. This time upon their meeting, she had the upper hand; this time, she would face her old friend head-on. 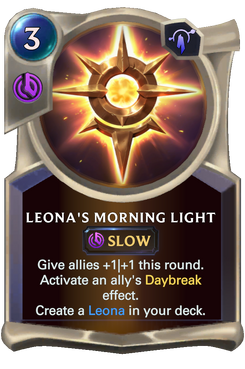 4Leona in your deck.

Daybreak effects at once.

"She is our unflinching leader in the heavens, the blinding flash of our weapons at noon, and the unquenchable fire that burns in our hearts."
- Solari Priestess 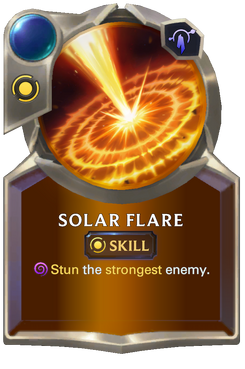 "The closer they stretch toward the heavens, the more the sun will burn them." - Leona