League of Legends Wiki
Register
Don't have an account?
Sign In
in: Lore of Freljord, Short Story, Lissandra lore
English

Legend of the Frozen Watchers 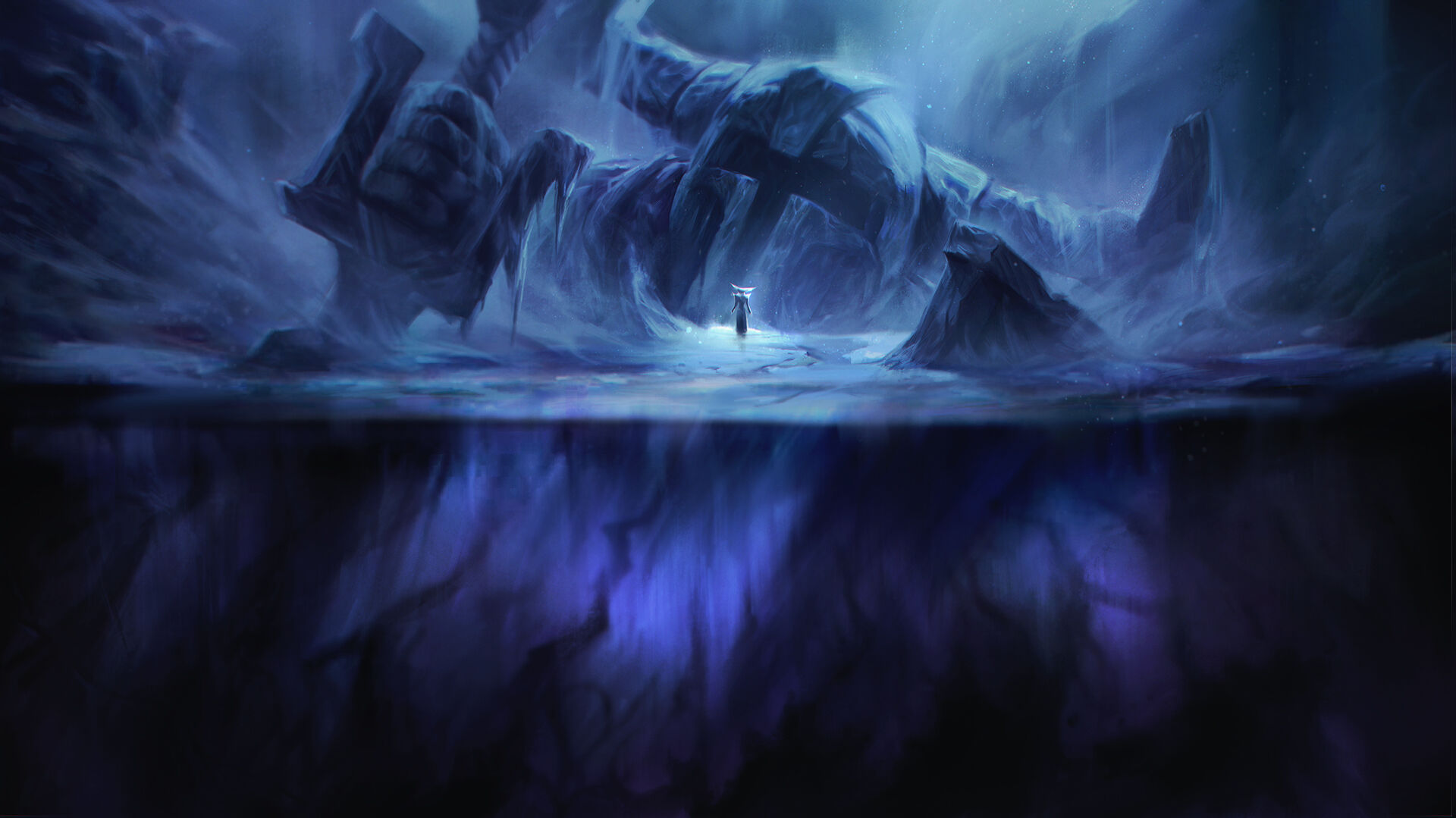 Legend of the Frozen Watchers

Of all the tales of the old Freljord that have somehow endured into the modern age, there is one—and one alone—that can chill the blood of even the hardiest Iceborn.

Of all the tales of the old

Freljord that have somehow endured into the modern age, there is one—and one alone—that can chill the blood of even the hardiest Iceborn.

Frostguard do not tell it. Many of them do not even know it, in full.

By decree of the Ice Witch

Lissandra herself, to perpetuate this forbidden legend is heresy against the true faith, and carries the penalty of death for any who speak it aloud. In all the vast libraries of the Frostguard Citadel, only a single written account remains—and that was penned by her most trusted scribe, many thousands of years ago. Few indeed are those individuals across Runeterra who know the truth behind the legend, and Lissandra can count on the fingers of one hand those who were there in person and might dare to contradict her...

It was in the final, dark days of the War of the Three Sisters that Avarosa and Serylda finally marched their warriors up into the mountains, to face Lissandra before the walls of her own fortress. They would not serve the otherworldly masters that she had pledged them to. This would be an end to it.

The Ice Witch gestured to the armies they led, the great alliance that had finally brought these wild lands to heel. The mortal Iceborn were all but immune to the winter's chill. The troll kings had roamed far across the tundra, amassing tremendous wealth from their conquests. Even the magnificent and terrible Balestriders, twisted far beyond their original form, moved now at the command of the Three.

All of this, Lissandra reminded her sisters, was because of the bargain she had made with the masters of the realm below—the beings she knew as Watchers. It was they who had revealed to her the primal secrets of the world. It was they who would have the final victory.

And it was then, at the height of this bitter confrontation, that the Watchers finally came to Runeterra.

The ground split open, swallowing thousands of warriors into the abyss beneath it, before the first of the dread things heaved itself up into existence. It was new to the material realm, bewildered by such notions as form and constancy, and began immediately to rail against them. In a foul riot of unchecked metamorphosis, it sprouted horns, and patches of fur, and its colossal tentacular limbs grew into jointed humanoid arms with fingers that clawed the bare rock of the mountainsides. Worst of all, other Watchers were following closely in its wake, wracked by horrifying transformations of their own.

It might be fair to assume there was a battle, that the Iceborn rallied behind Avarosa and Serylda to fight back the darkness—but in truth, it was Lissandra who ended it. She saw these abominations now for what they were, and knew what had to be done.

Summoning every last iota of the ancient magic around her, including that of her allies, she sacrificed everything to seal the rift-between-realms with True Ice, entombing the Watchers within it. Vast plumes of freezing vapor howled through the chasm, and those mortal warriors who managed to escape were driven to insanity by what they had witnessed.

This, then, is not only the legend of how Lissandra saved the world from destruction, but also the only first-hand account of the martyrdom of Avarosa and Serylda.

And may the Three have mercy upon all who read it.

Lore and Events
Deutsch
Community content is available under CC-BY-SA unless otherwise noted.