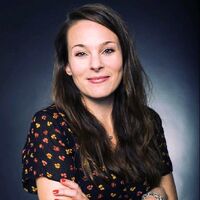 Leanne Loombe is the Director & Executive Producer of Riot Forge at Riot Games.

League of Legends and was responsible for the vision and strategy of the rank system, Champion Mastery and Clash in League. In 2018, she would begin the development of Riot Labs which would become Riot Forge, Riot's 3rd party publishing label. As the Executive Producer, she is responsible for the overall vision, strategy and business plan of Riot Forge and is accountable for the external developers working on League of Legends games across multiple platforms including Ruined King and CONV/RGENCE.