Other community members are always available if you need help, or would like to discuss good etiquette. On this page you will find quick-links to articles that require your assistance.

Discussions concerning our active projects are held on our Discord.

For years, the distinction between "input" and "output" has been a little blurred in how we present information in ability descriptions. Despite its name, this project concerns all things Ability Details, covering everything from casting inputs to damage types and range-clamping to cast times. Some observation-based coverage we previously provided was discovered to be false, such as the formula for calculating attack speed.

With Wild Rift being slowly released, many articles need to be made about the new content. Additionally, the Wiki needs to lay new structure in order to distinguish between two very similar games. Whether it be general editing, testing in-game mechanics, or reporting on the latest content, any form of contribution would be helpful.

Champion abilities currently show up in hoverover tooltips (like

this one) the same way they are on champion pages. Though having all the important information on the abilities easily accessible is valued, these descriptions can be too large and verbose for this context.

Blurbs are summarized versions of abilities. They are currently intended strictly for tooltips, but could be expanded to more uses in the future if reception is good (i.e showcasing them on the champion pages themselves as an option for readers that just want a short description for what their enemies do).

Information on how to add blurbs can be found here. 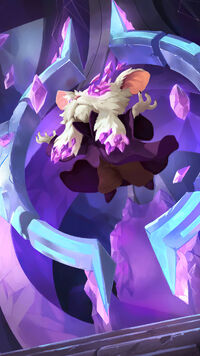 First timers
How to help
Our standards

Read more: Our manual of style.

Just like us, these communities are maintained by volunteers. Localizations typically have fewer active editors and are often overwhelmed by new patches - so help out where you can! Our sister-sites may not be supporting games other than League of Legends - that is their choice, so please be kind.

Want to join the moderator team?