In League of Legends Origins, Academy Award nominated Director, Leslie Iwerks explores the history of the community that has made League of Legends one of the most-played PC game in history and one of the fastest growing sports in the world. Told by the fans who lived it, the players that popularized it, and the visionaries who made it, Iwerks captures the highs and lows of making a global phenomenon.[1]

Champions that were featured in the documentary: 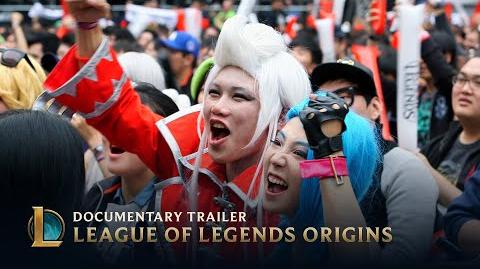