League of Legends Wiki
Register
Don't have an account?
Sign In
Advertisement
in: Character stubs, Lamb, Characters,
and 3 more 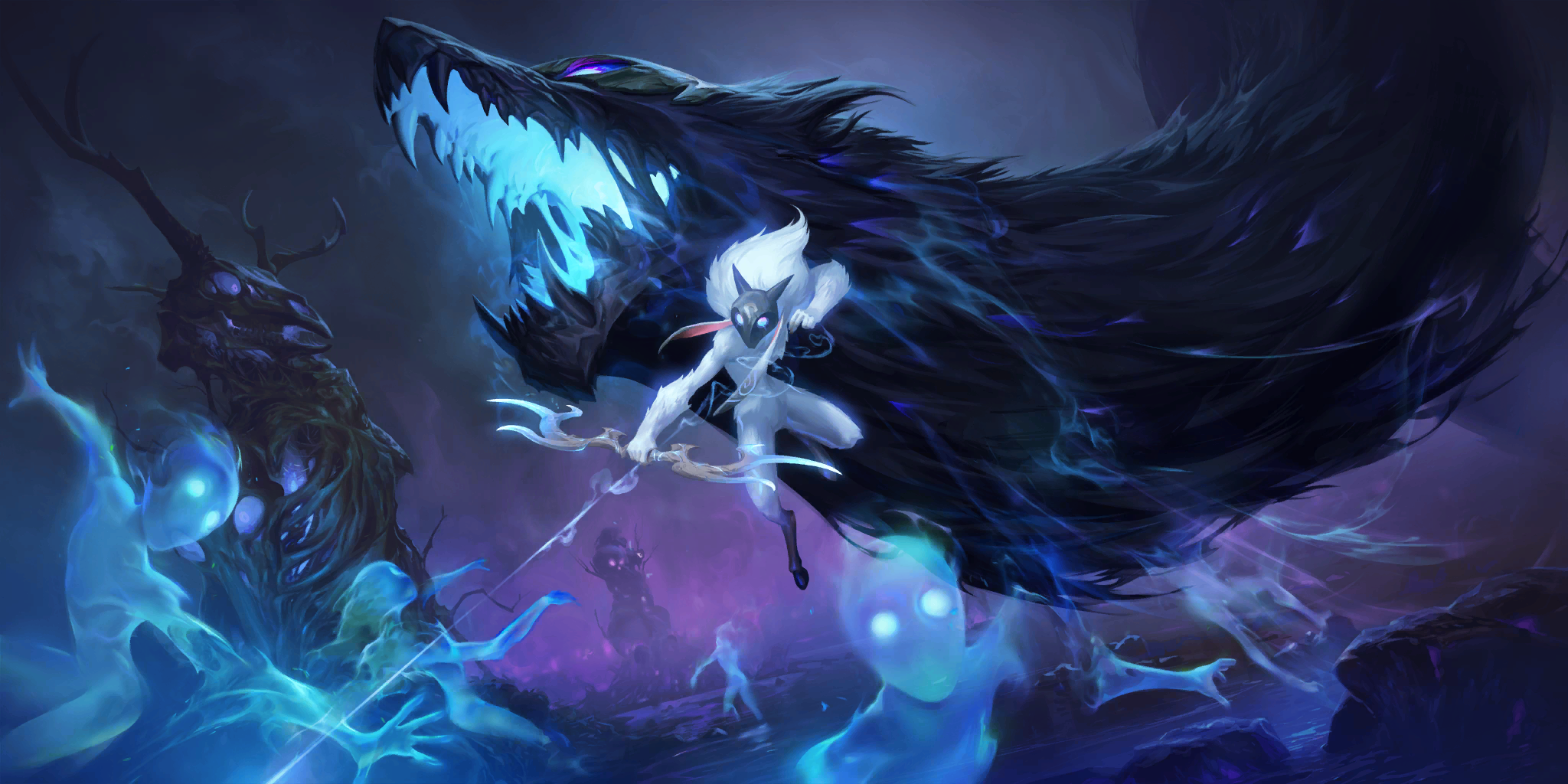 "And everywhere ever Lamb went.... Wolf was sure to follow..." (Kindred)

Kindred was once a single pale man with dark hair, who presumably due to being feared as a spirit of Death was so lonely that he split himself in two to never be alone again.

Lamb is the calm marksman that swiftly and painlessly ends the life of those that accept death by shooting them down with a single well aimed arrow, if they run away from their fate, they will find themselves in the maw of Wolf. Lamb appears to be Kindred's decision maker often the one pointing Wolf towards their goal and is often the one explaining the emotions of others to Wolf. Despite being calmer and less prone to violence than Wolf, Lamb is noticeably more apathetic towards others.

Lamb also is the one who tells Wolf about the past through the use of stories showing that, for some unknown reason Lamb has a lot better memory than her other half. Depending on the place, legends depict her as a little girl, lamb or a small elnuk, she is also know by other names like: Ina, Farya and "The Educated Lamb of Light".

Wolf The other half of Lamb that makes up Kindred, Lamb's one true friend.