The Preservers of Valoran
"There are few indeed who may tread the paths between worlds." -

Cutting a burning swath through the darkest places of the world, Kassadin knows his days are numbered. Though once a notorious adventurer, he had chosen to live anonymously and raise a family among the nomad tribes of Shurima—until the day his daughter was claimed by the Void. Kassadin vowed to bring her back, combining a number of arcane artifacts and forbidden technologies for the struggle ahead. His precautions were not enough, however, and these devices now only serve to slow the insidious corruption that ravages his body... but he will gladly pay that price, if only he can save her...

Kassadin started life as a lowly offcast, walking the harsh sands of the Great Sai alongside merchant caravans to draw predators away from their more valuable goods. He survived many of these treks across the desert, and began to serve less as bait, and more as a guide.

The foreign tongues that sought his talents, “Kas sai a dyn?” or “whom does the desert know?” often slurred their

Shuriman, and so he became fondly known as Kassadin in the back alleys and markets of Bel’zhun. He spent many years exploring the ancient ruins of his homeland, making his employers exceedingly wealthy, but it wasn’t until a dig near Zirima that he found a treasure of his own—he fell in love with a woman from one of the desert tribes.

With his wife and newborn daughter, Kassadin settled in a small village in the rocky canyons to the south. He was on the road often, his work sometimes requiring him to accompany particularly valuable relics to some faraway sponsor. But, no matter where his travels took him, Kassadin would always return with exciting tales from the world beyond.

Piltover, Kassadin and his fellow caravaneers were watering their beasts at an oasis when they encountered the first terrified survivors stumbling out of the desert. They spoke of the disaster that had claimed their homes, as if the maw of the underworld itself had opened up to devour them. They had barely escaped with their lives.

Fearing for his own family’s safety, Kassadin left the others behind, riding hard, driving his mount almost to exhaustion. When he finally reached the place where his village had once stood, he found only shifting sand and rubble. He clawed at the debris until his hands bled, screaming out his wife and daughter’s names, though no answer came. Days later, Kassadin’s companions caught up to him, now just a broken and empty man weeping beneath the scorching sun.

They dragged him back to Zirima, but Kassadin would go no further. For years, he tried to drown his grief, reduced to little more than a vagrant… until word reached town of “the

Whispers of unspeakable horrors that dwelt beneath the earth, and of sacrifices made in their name, chilled Kassadin to the bone. He knew well the legends of old Icathia, and the fate that befell that accursed place—if the Void had been deliberately drawn toward Shurima once more, then it had likely been the death of his entire village, and countless more besides. He also knew there were few, if any, who could stand against it.

In that moment, Kassadin swore that he would avenge his wife and daughter, by destroying this insidious Prophet, and the source of his abyssal power. He was a man who had made his living by finding safe paths through the most dangerous places, and resolved to arm himself with the most arcane and esoteric weapons ever known in Valoran, fused with

Zaunite ingenuity, and blessed by

Ionian spirit-healers. He called in every favor he could, from scholars of antiquities to common smugglers, for their help in… acquiring what he sought. Many called him a madman, believing this the last time they would ever see their old friend alive—Kassadin merely thanked them for their concern, and bid them farewell. He would face the Void alone.

Last of all, he stole the infamous

Nether Blade of Horok, the sword that had slain a thousand deceivers in the latter days of the empire. He could feel the cold pull of oblivion in its edge, but no longer had any regard for his own mortality, and nothing of his old life left to lose.

Disguised in the robes of a pilgrim, more than a decade since he had last set foot anywhere near that desolate land, Kassadin made his way into Icathia. He would go where no man was ever meant to walk.

He would have his vengeance, even if it killed him. 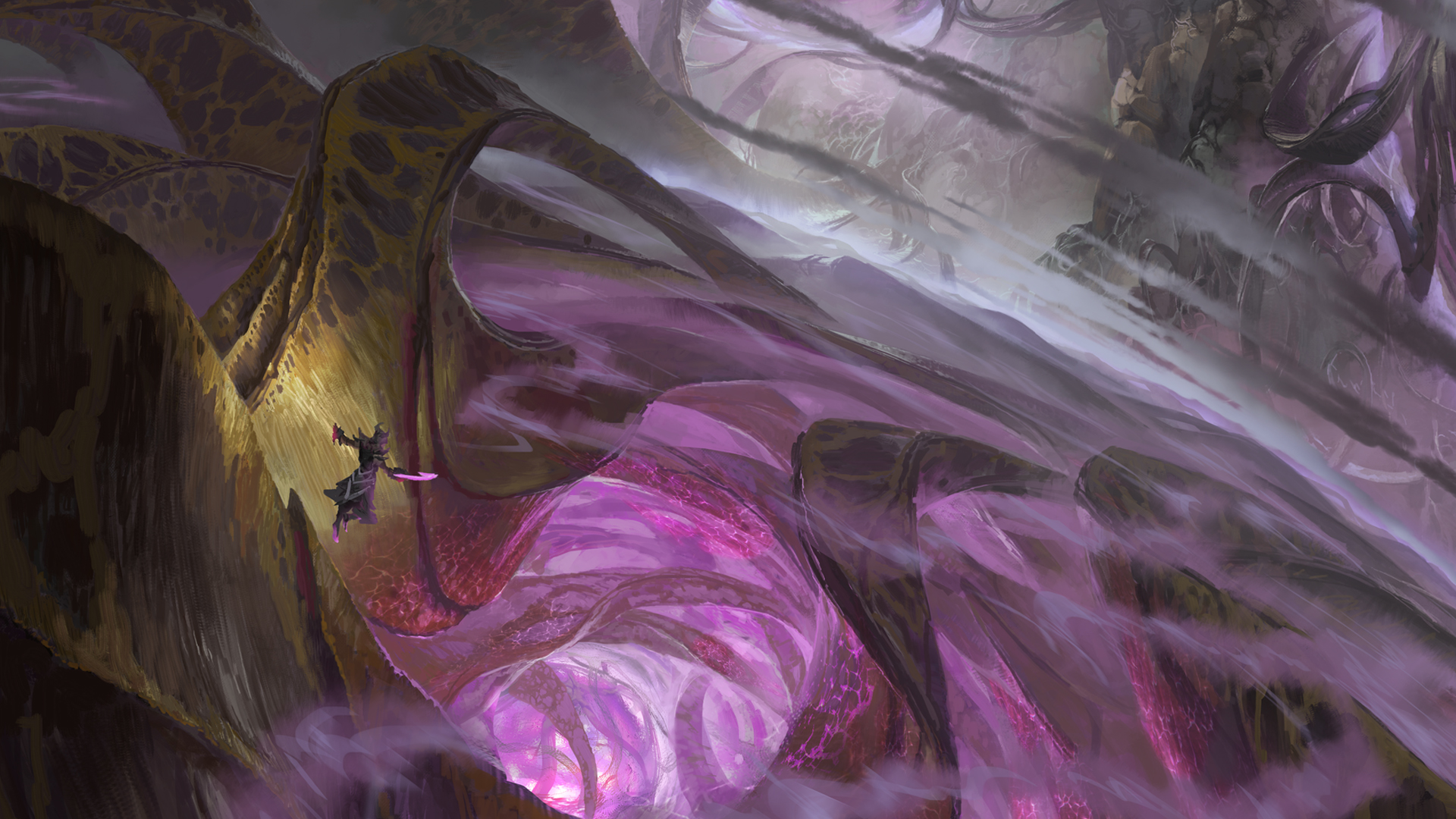 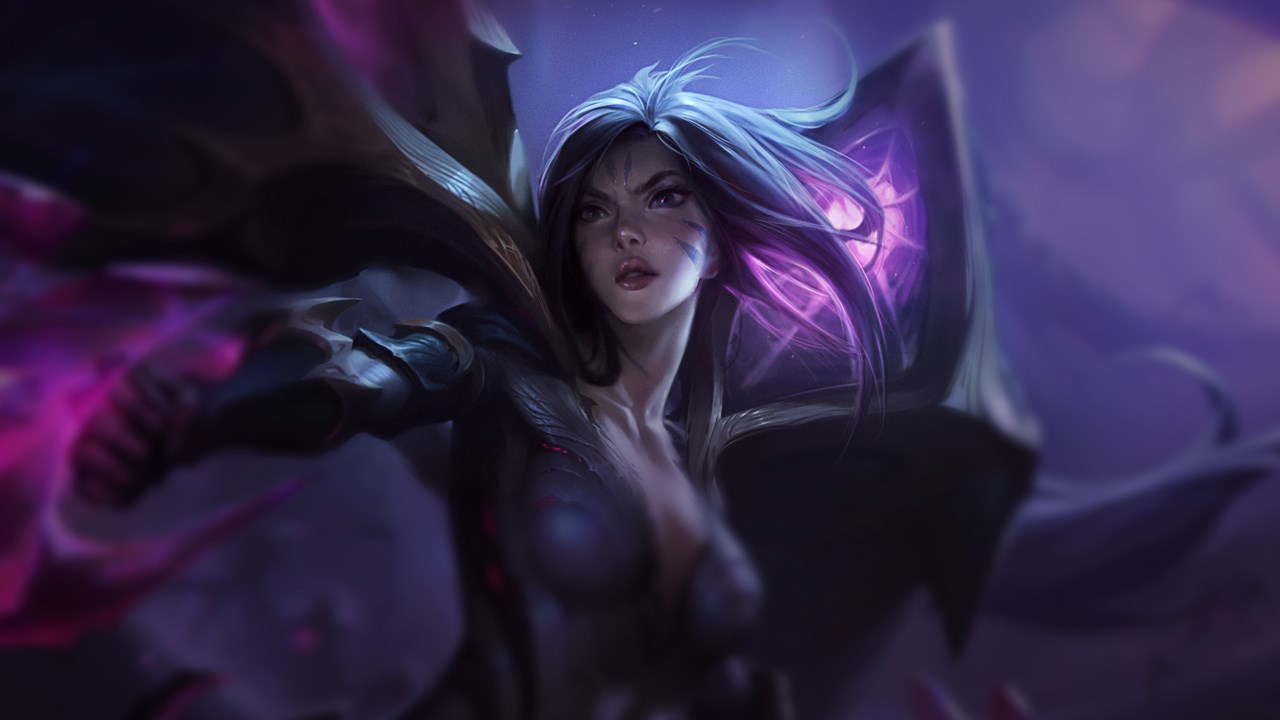 The Daughter of the Void

Retrieved from "https://leagueoflegends.fandom.com/wiki/Kassadin/Background?oldid=3012464"
Community content is available under CC-BY-SA unless otherwise noted.