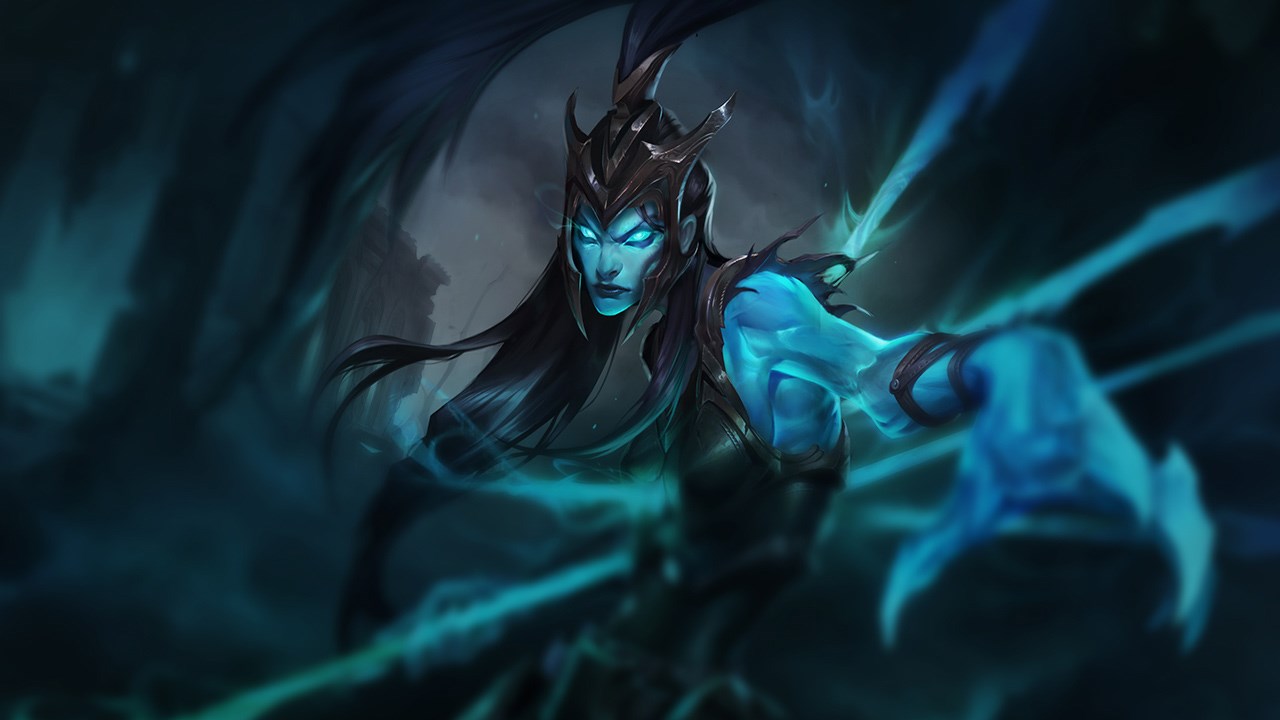 the Spear of Vengeance

Kalista is a champion in League of Legends.[1]

Rend, although she can input a new attack command to change her target during the windup. Her basic attacks have no effect if she loses

sight of the target at any point before it hits.

Additionally, Kalista's attack windup is only reduced by 0.75% per

Innate: Whenever Kalista inputs a movement command during her

basic attack windup or the cast time of

dash in the target direction.

Kalista's dash from Martial Poise will be

The base range when dashing from

Innate - Oathsworn Bond: Kalista begins the game with an exclusive

"The oath has been taken."
Info

Active: Kalista throws a spear in the target direction that deals physical damage to the first enemy hit.

If Pierce kills the target, the spear continues onward to transfer all of the target's

Rend stacks to the next enemy it hits. This can repeat indefinitely until the spear reaches its maximum range.

Passive - Soul-Marked: While Kalista and her

tethered, their basic attacks and

Pierce apply a Soul-Mark to their targets.

If both Soul-Marks are applied to the same target within 4 seconds, they take bonus magic damage, capped against non-champions, and cannot be Soul-Marked again for a few seconds. Soul-Mark deals a minimum of 75 damage to

minions and executes them if they're below

on-attack while the Oathsworn does so

Active: Kalista summons a Sentinel that patrols back and forth on a path to the target location, granting

sight along its trajectory as it travels.

Kalista periodically stocks a Sentinel charge, up to a maximum of 2.

Pierce apply a stack of Rend that last 4 seconds, which refreshes on subsequent hits and stacks up to 254 times.

Active: Kalista rips all lodged spears from valid nearby enemies, consuming all of their stacks to deal them physical damage and

If Rend kills at least one target, the cooldown is

A nearby enemy with a Rend stack is required to cast this ability. Rend can be used during the dash of

Martial Poise and the cast time of

Pierce if in cast will be empowered to apply Rend's effects to their targets. These empowered spears can also trigger Rend's refund.

tether to retrieve her Oathsworn and hold them for 4 seconds,

pulling them to her over 1 second and

cleansing them from all

crowd control, as well as rendering them

untargetable for the duration.

While held, the Oathsworn is

displacement immunity to end Fate's Call's effects and reappear at the target location; after the duration, they will automatically do so at maximum range from Kalista's facing direction.
The Oathsworn stops upon colliding with an enemy

knocking up all nearby enemies for a duration, then landing to their

basic attack range from the target collided with.

The Oathsworn must be nearby to cast this ability, and is also

silenced and unable to perform movement or attack commands while Fate's Call is in effect.

"They shall not have you."
Info 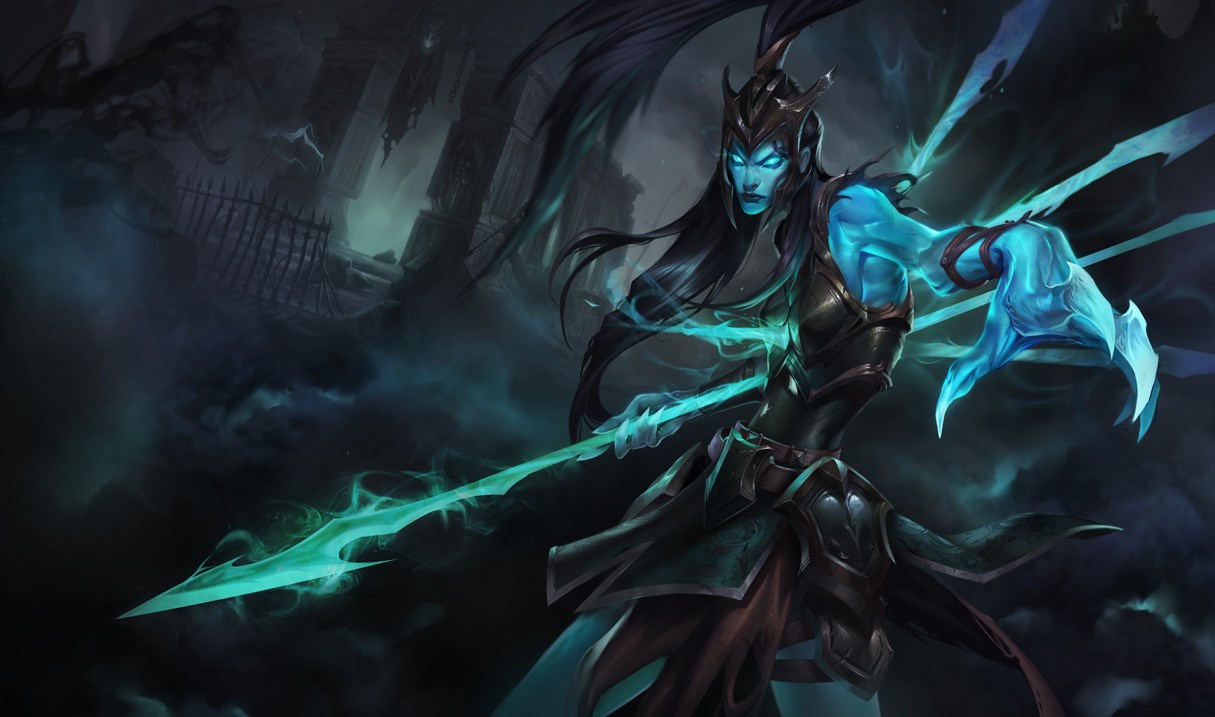 975
20.11.2014
A specter of wrath and retribution, Kalista is the undying spirit of vengeance, an armored nightmare summoned from the Shadow Isles to hunt deceivers and traitors. The betrayed may cry out in blood to be avenged, but Kalista only answers those willing to pay with their very souls. Those who become the focus of Kalista’s wrath should make their final peace, for any pact sealed with this grim hunter can only end with the cold, piercing fire of her soul-spears. 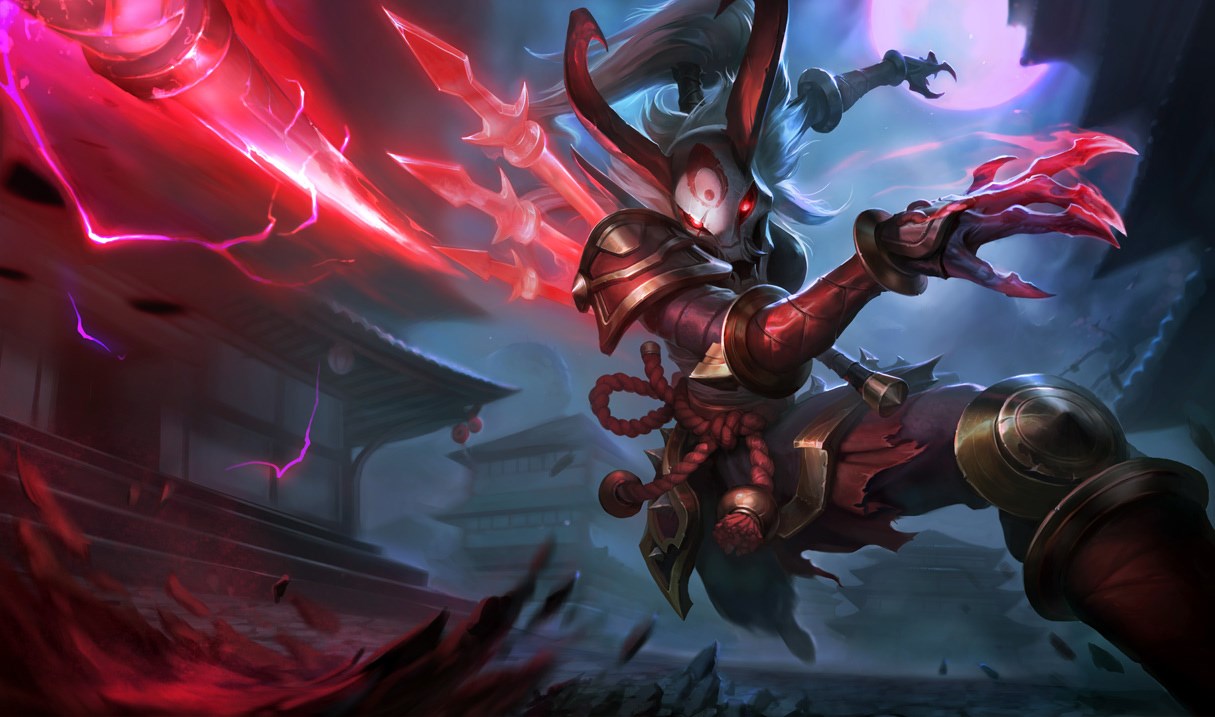 975
20.11.2014
A demon of vengeance summoned on the night of the Blood Moon, Kalista's singular obsession with 'betrayers' knows no limits—any deception, no matter how trivial, will be met with death. Her victims are left hanging from the walls of their homes, a warning to those who remain. 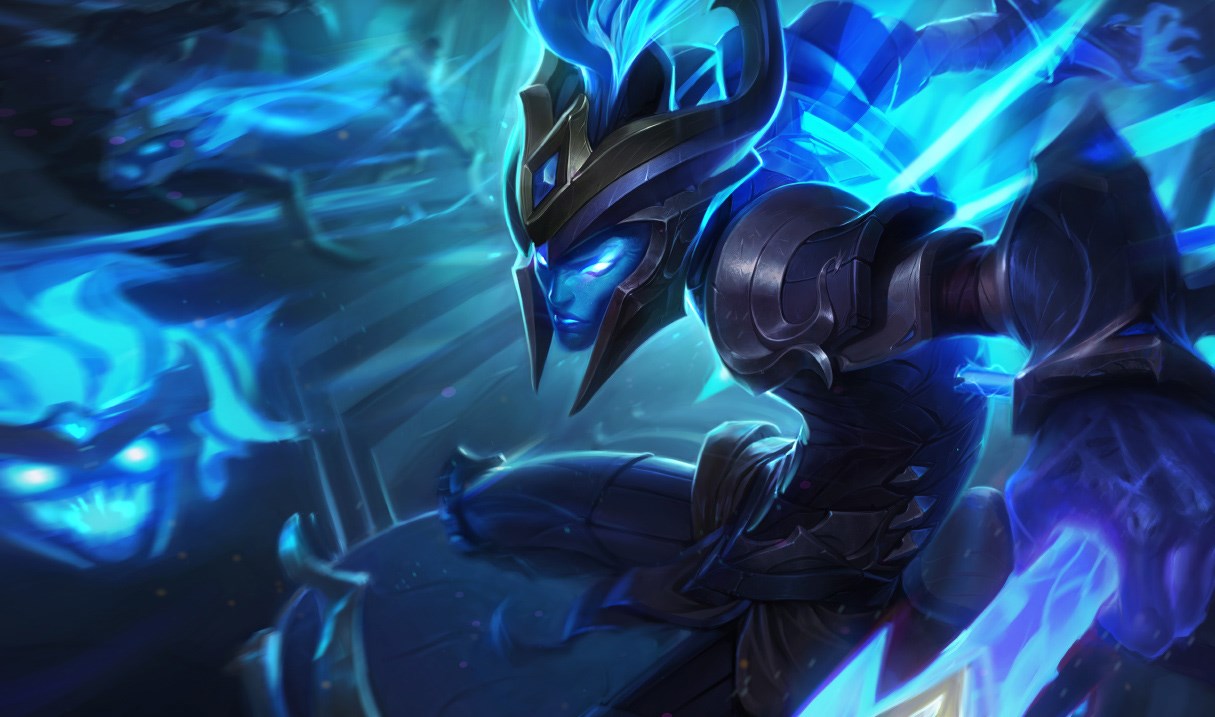 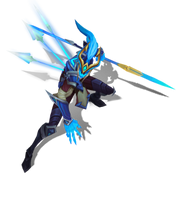 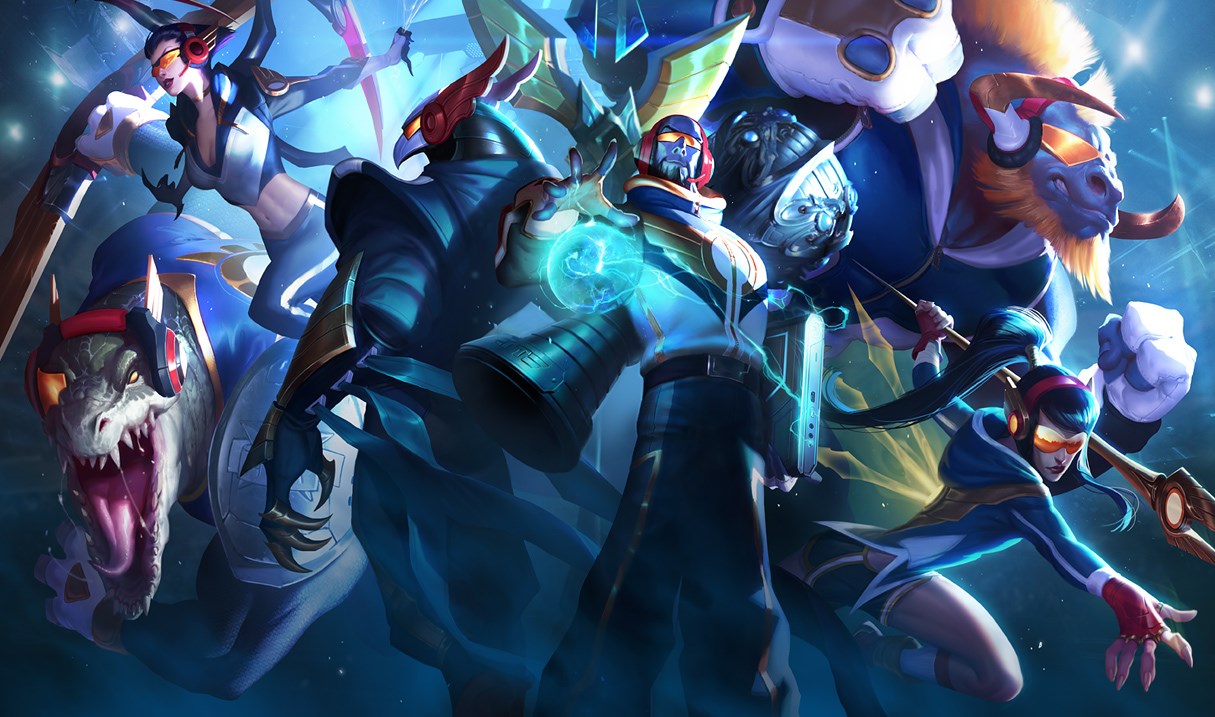 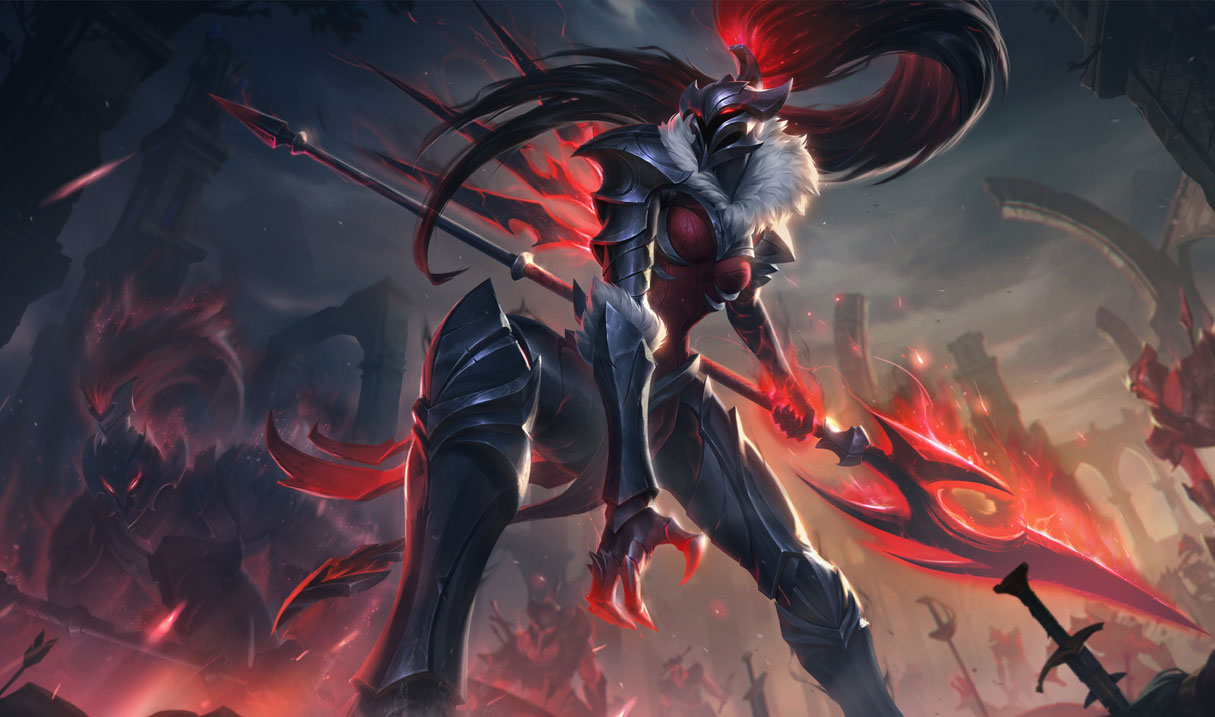 1350
07.01.2021
The Magelords… furious, brutal, and glorious in their conquest—a sect of warriors long lost to the sands of time. Until now. Resurrected by the current Marauder leaders, Kalista's desire for vengeance has only festered over the millenia. Now she returns, more powerful than ever, to eradicate the Wardens and everything they've built. 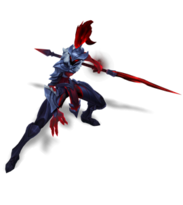