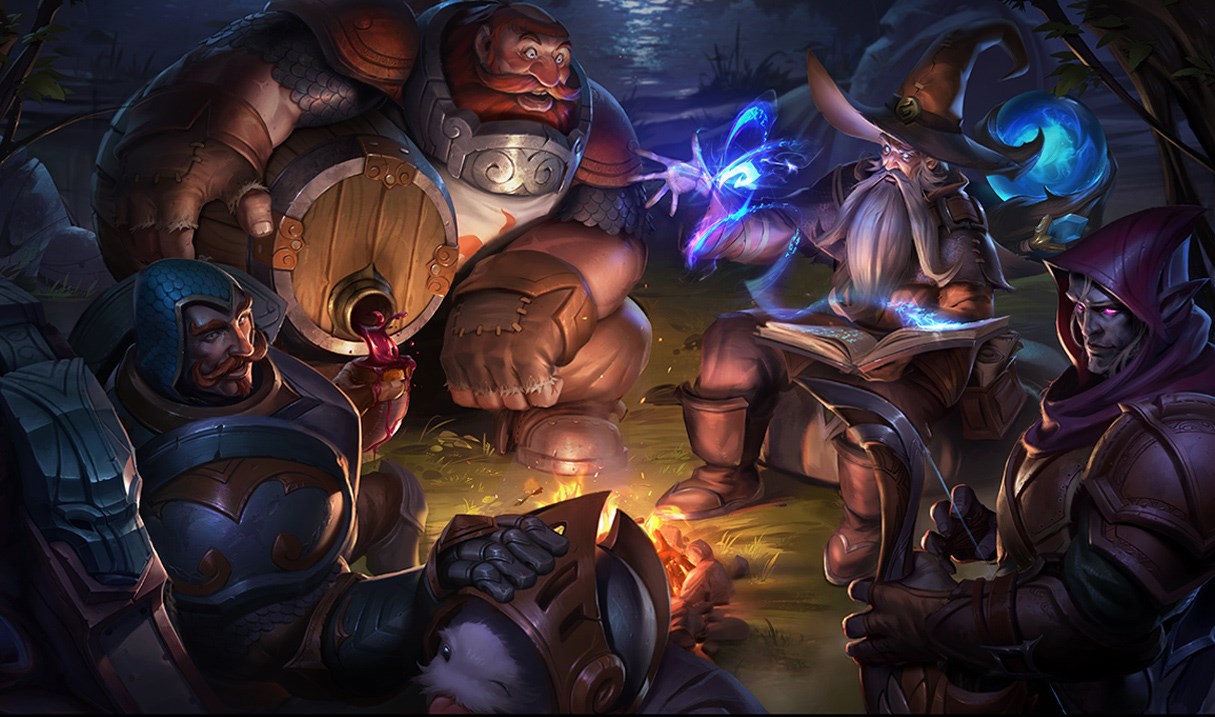 Short Story was originally posted on the official League of Legends site. The site page has been purged later on.

This sounds like something you literally just made up.

What? Of course not. I learned this tabletop role-playing game from...uh… my mother….Enough talk! Now we create our characters.

I want to be an archer who was cursed by an ancient evil monster thing!

Let the puny purple man have his bows. You can be a traveling cleric who raises his hands to the sky and treats the sun with respect.

Can I get drunk?

I will be a wizard with great power, carrying with me an enchanted tome and a magical scroll.

You just described yourself.

And I will be the strongest, bravest knight in all the land. People will love me and I will have infinity friends and all the princesses will be like: “Ohhh Braum Lionheart, you’re so brave and handsome. Take me to the royal dance.” But I’ll be like: “Princesses please, I serve the weak and defenseless. I have no time for royal dances.”

Braum, I’m starting to think you made this game up too.

….*Rolls dice*....Oh look at that! A giant dragon is attacking a nearby village. We should stop talking about everything else and go deal with that. Like, now.

Lore and Events
Retrieved from "https://leagueoflegends.fandom.com/wiki/Journey_to_Thy_Golden_Mustache!?oldid=2987426"
Community content is available under CC-BY-SA unless otherwise noted.