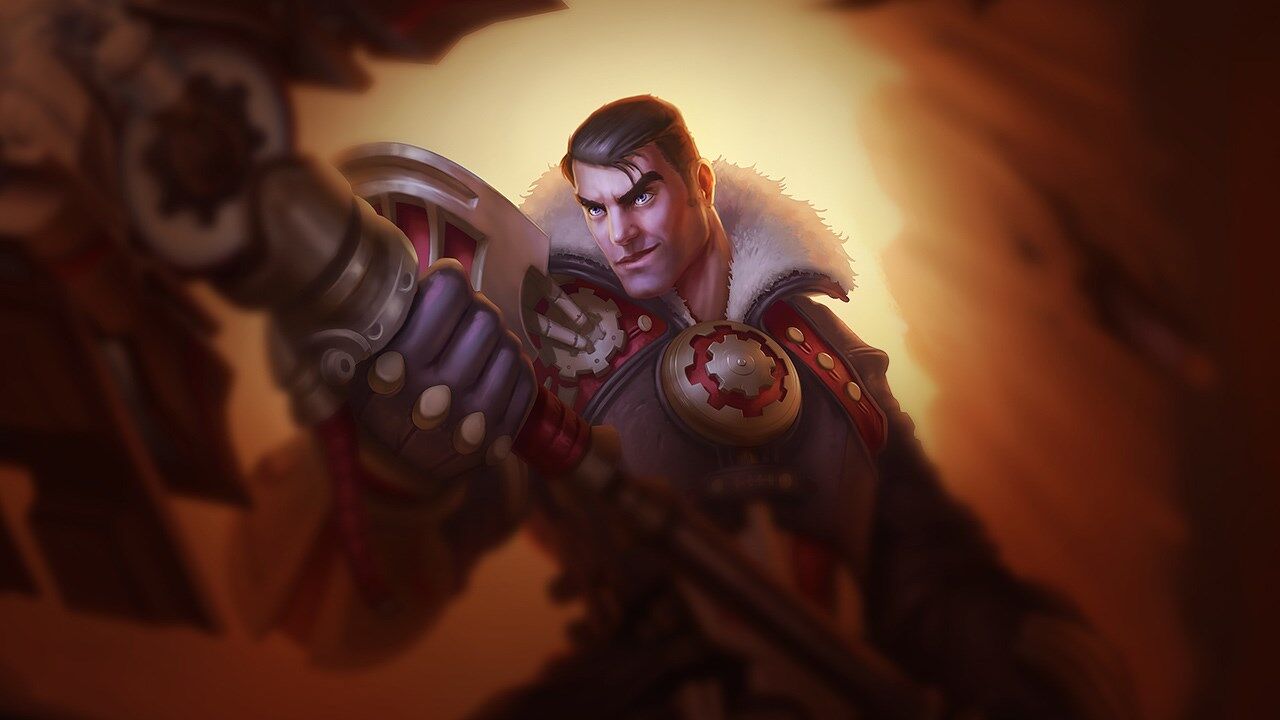 the Defender of Tomorrow

Jayce is a champion in League of Legends.[1]

Innate: Each time Jayce switches between

leaps to the target enemy's location and smashes his hammer on the ground upon arrival, dealing physical damage to all enemies within an area and

slowing them for 2 seconds.

Active: Jayce surrounds himself with an electric field for 4 seconds, dealing magic damage each second to all nearby enemies over the duration.

pulling them to a location 500 units in front of him.

500 attack range, and empowering his next basic attack to reduce the target's

Jayce begins the game with Transform but cannot increase its rank. Instead, his basic abilities each have 6 ranks.

Innate: Each time Jayce switches between

Active: Jayce fires an electric bolt in the target direction that detonates upon hitting an enemy or max range, dealing physical damage to nearby enemies and briefly granting

If the bolt passes through

300% bonus attack speed on his next 3 basic attacks within 4 seconds, each one dealing modified damage.

resets Jayce's basic attack timer, and the modified damage is affected by

sight of its area. All allied champions that touch the gate will gain

The buff is continuously refreshed inside the gate.

Acceleration Gate will cast at max range if cast beyond that.

Jayce begins the game with Transform but cannot increase its rank. Instead, his basic abilities each have 6 ranks. 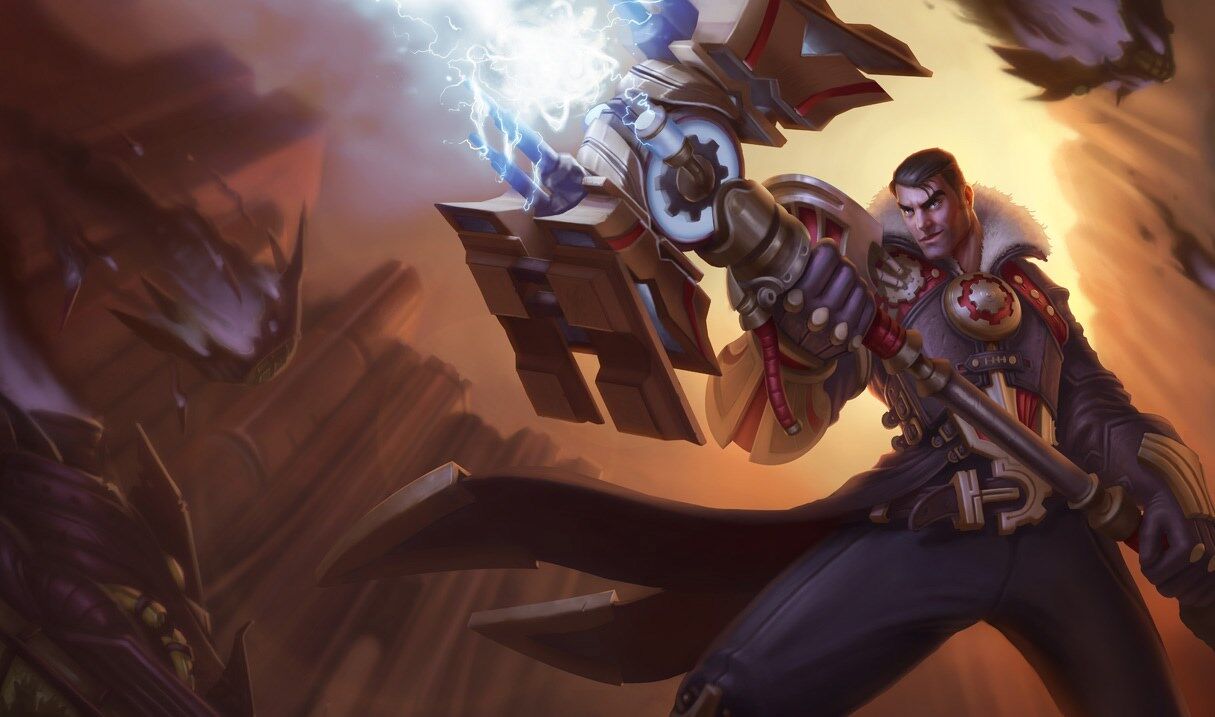 880
06.07.2012
Jayce is a brilliant inventor who has pledged his life to the defense of Piltover and its unyielding pursuit of progress. With his transforming hextech hammer in hand, Jayce uses his strength, courage, and considerable intelligence to protect his hometown. While revered throughout the city as a hero, he hasn’t taken well to the attention heroism brings. Still, Jayce’s heart is in the right place, and even those who envy his natural skills are grateful for his protection in the City of Progress. 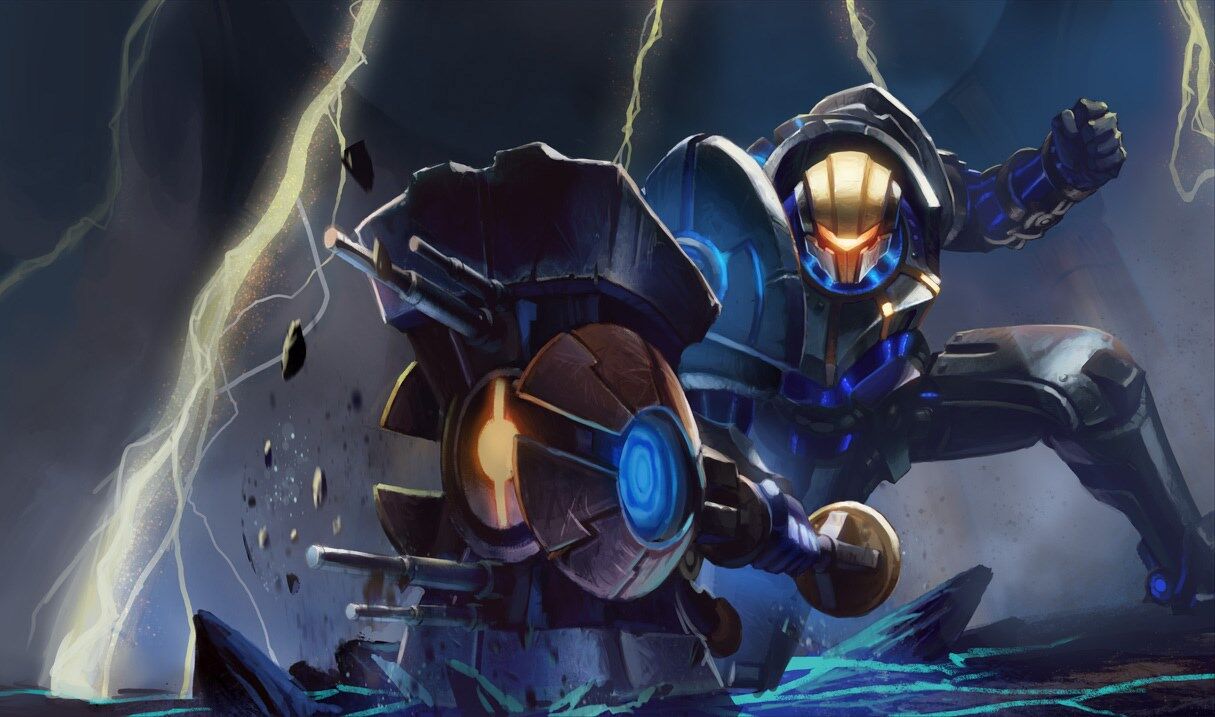 1350
06.07.2012
Backed by RiotCorp as the Full Metal Fighting League's first corporately sanctioned champion, Jayce has dethroned Pantheon and won the hearts of audiences worldwide—especially those who realize they gain 15 Riot Points every time they cheer his cyclonic blasts. 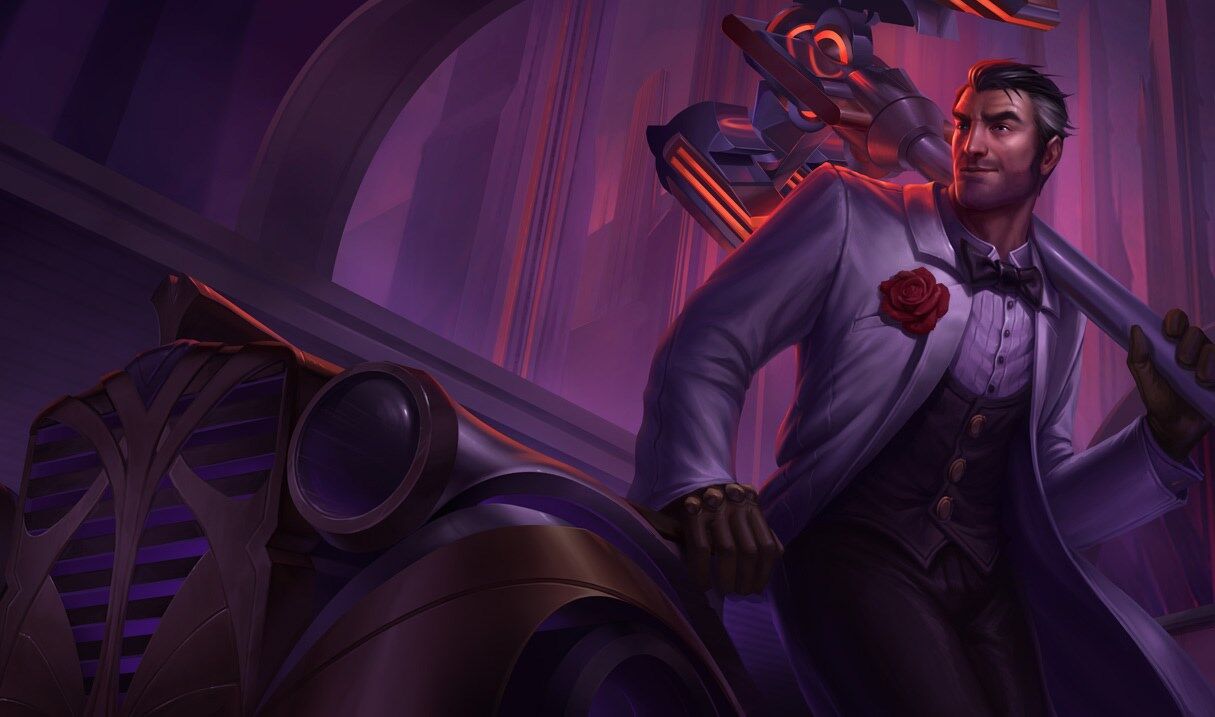 975
14.02.2013
You're a scholar. You're an inventor. You're the man of the hour and the hour is now, yesterday, and tomorrow. Don't just be the father of invention—be the ivory god of substance, class, and style. It's you, Jayce. It's always been you. 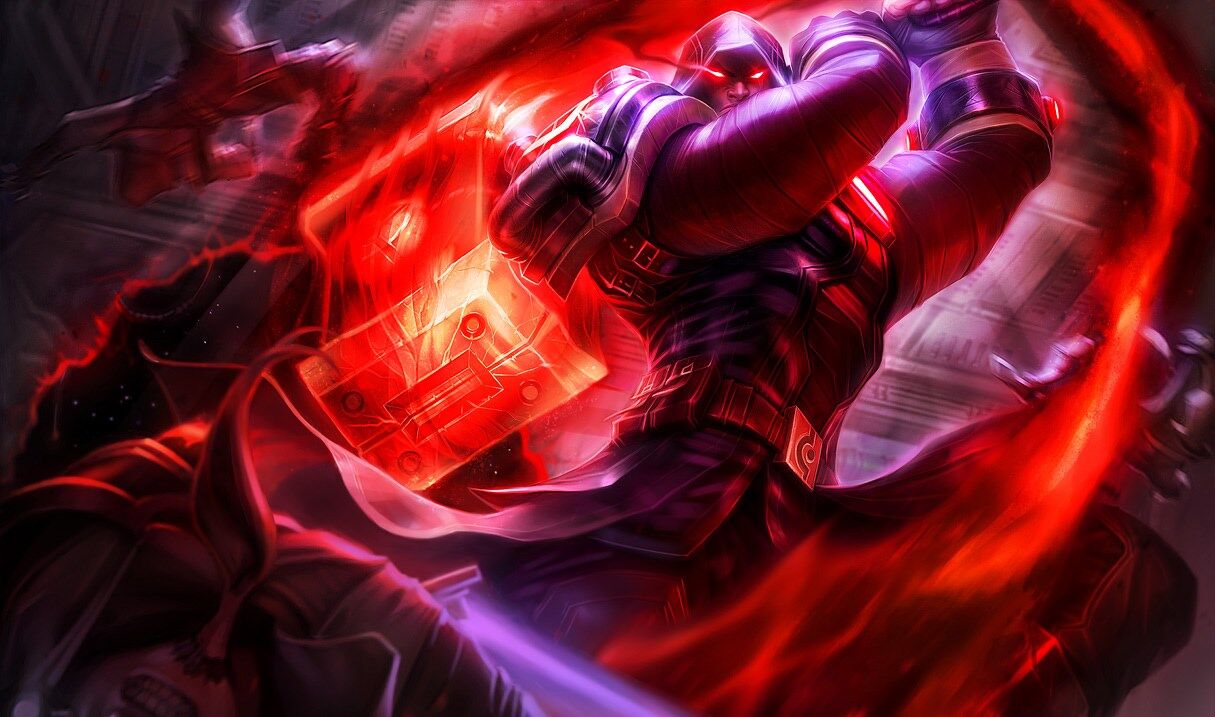 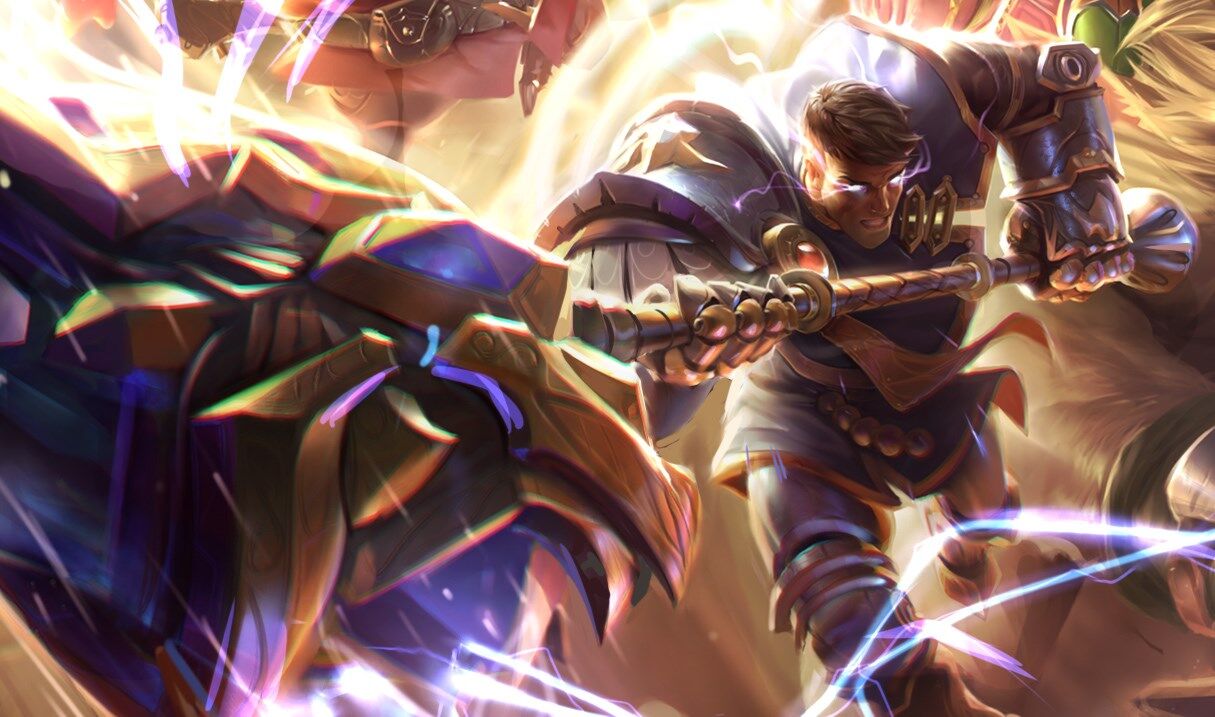 750
17.11.2016
A noble paladin who has inexplicably mastered science and engineering, Jayce Brighthammer is a stout ally no foul creature can best! Unless that foul creature is a loophole in the rulebook, since Jayce likes to get any advantage over the Rift Master he can. 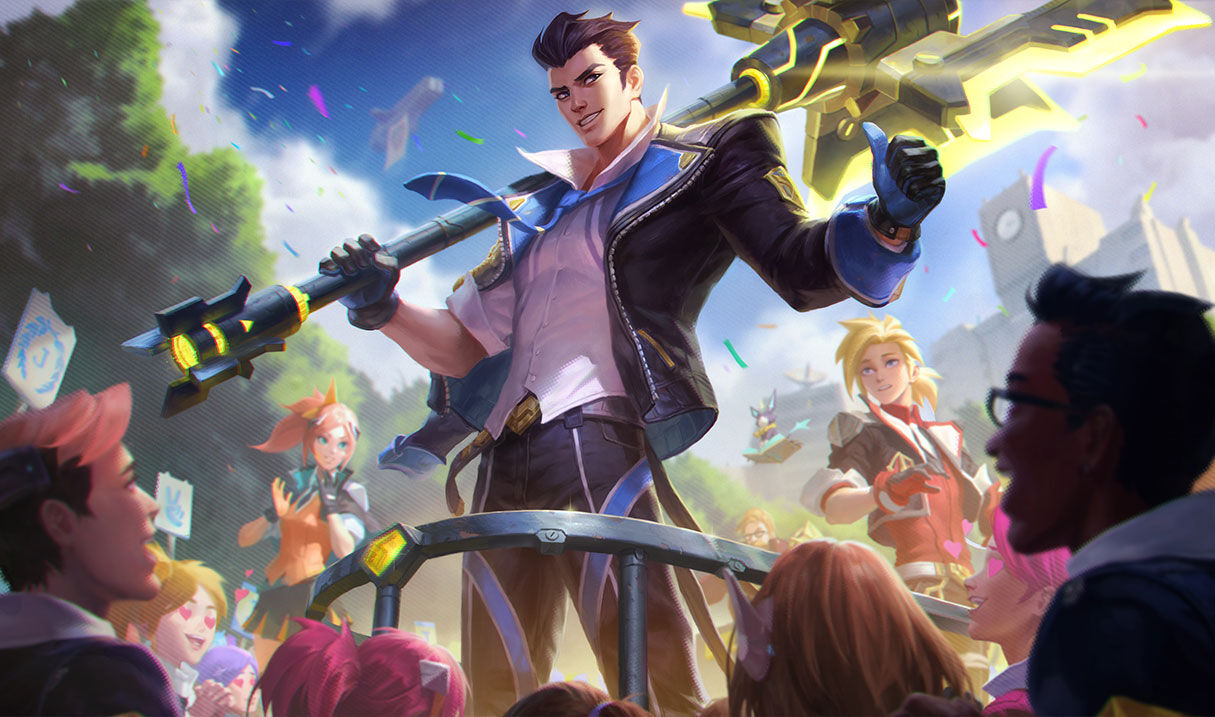 1350
15.05.2019
A prestigious 2nd year whose face is known throughout the wider city of Durandal, Jayce is the class president, head of the world-renowned Luminary Club, and prodigious inventor of miraculous Jayce-branded technologies. He hopes his inventions will prevent the kind of tragedy that struck him in his youth, though he refuses to speak about what that was. 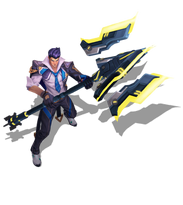 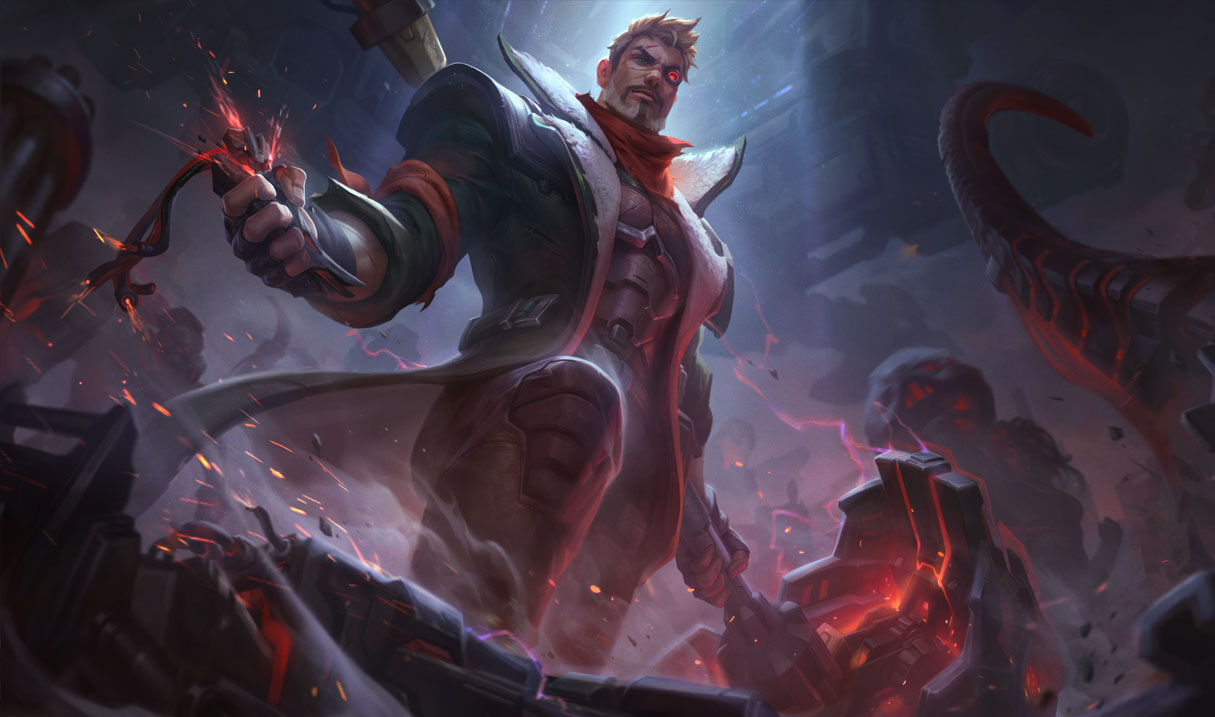 1350
12.11.2020
While many presumed him dead, Jayce's sudden return to the Resistance has been heralded by some as a miracle and others as a curse. Burdened by guilt, he still blames himself for his failure to halt Viktor's rise. Only time will tell if Jayce can turn the tide. 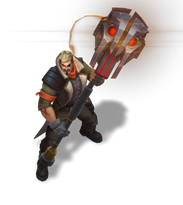 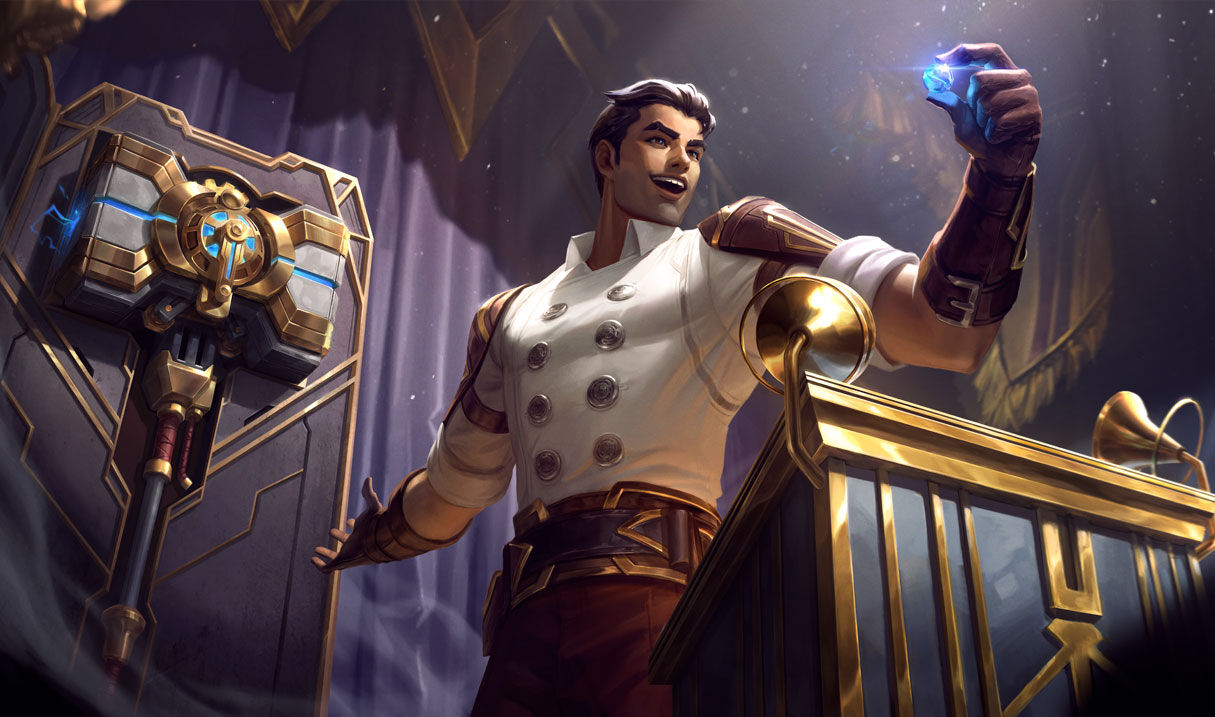