< Jarvan IV
View source
watch 02:56
Raise a Floppa - The Loop
Do you like this video?
Play Sound 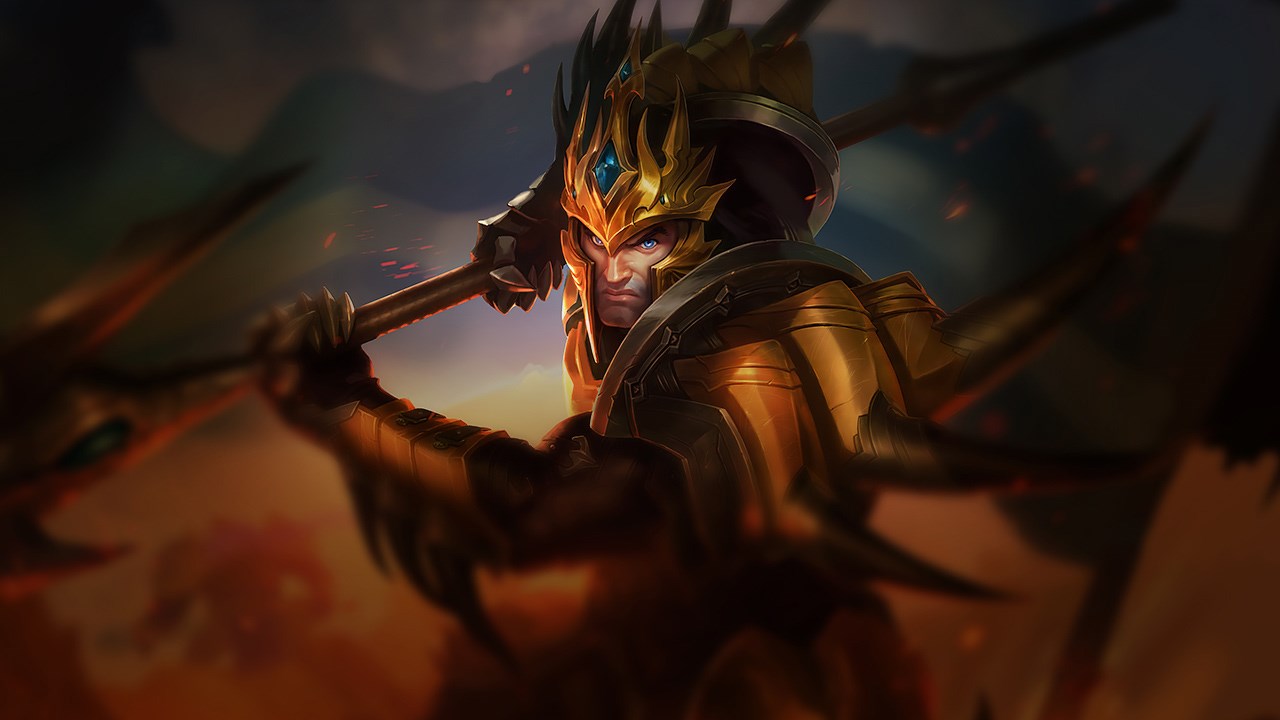 the Exemplar of Demacia

Jarvan IV is a champion in League of Legends.[1]

Innate: Jarvan IV's basic attacks deal 8% of the target's current health as additional physical damage, with a minimum threshold of 20 and capped at 400 against all targets.

This effect cannot occur on the same target more than once every few seconds.

reducing their armor for 3 seconds.

If the lance connects with a deployed

dashes to its location,

knocking up nearby enemies around him along his path for 0.75 seconds.

slows all nearby enemies for 2 seconds.

shields himself for 5 seconds, increased by 1.5% of his maximum health for each enemy

Active: Jarvan IV throws a Demacian flag to the target location, dealing magic damage to enemies within the area.

The flag then remains for 8 seconds, granting

sight of its surroundings and providing an aura that grants bonus attack speed equal to Demacian Standard's passive to Jarvan IV and all nearby allied champions.

Demacian Standard will cast at max range if cast beyond that.

displacement immunity to the target enemy champion's location over 0.35 seconds and deals physical damage to all nearby enemies upon arrival.

Upon impact, he creates a circle of impassable terrain that initially pulls units inside it, though not rendering them

airborne. The terrain lasts for 3.5 seconds and grants

sight of the area. Cataclysm can be recast after 1 second. 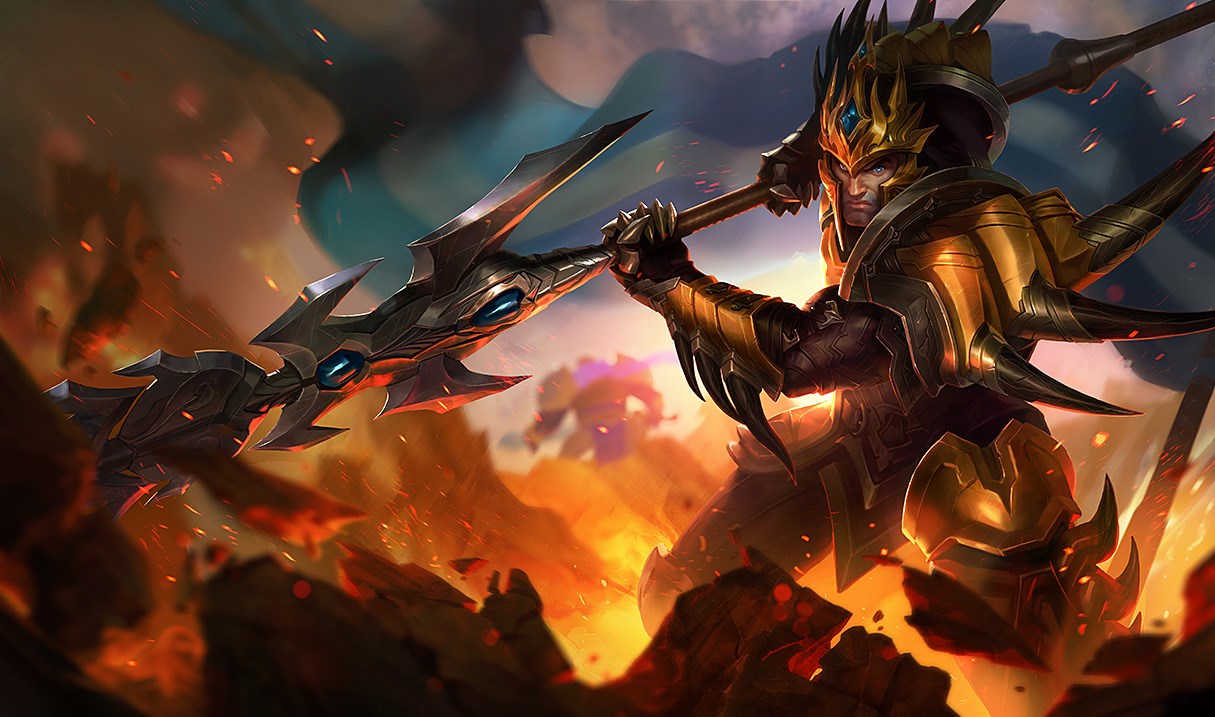 880
01.03.2011
Prince Jarvan, scion of the Lightshield dynasty, is heir apparent to the throne of Demacia. Raised to be a paragon of his nation’s greatest virtues, he is forced to balance the heavy expectations placed upon him with his own desire to fight on the front lines. Jarvan inspires his troops with his fearsome courage and selfless determination, raising his family’s colors high and revealing his true strength as a future leader of his people. 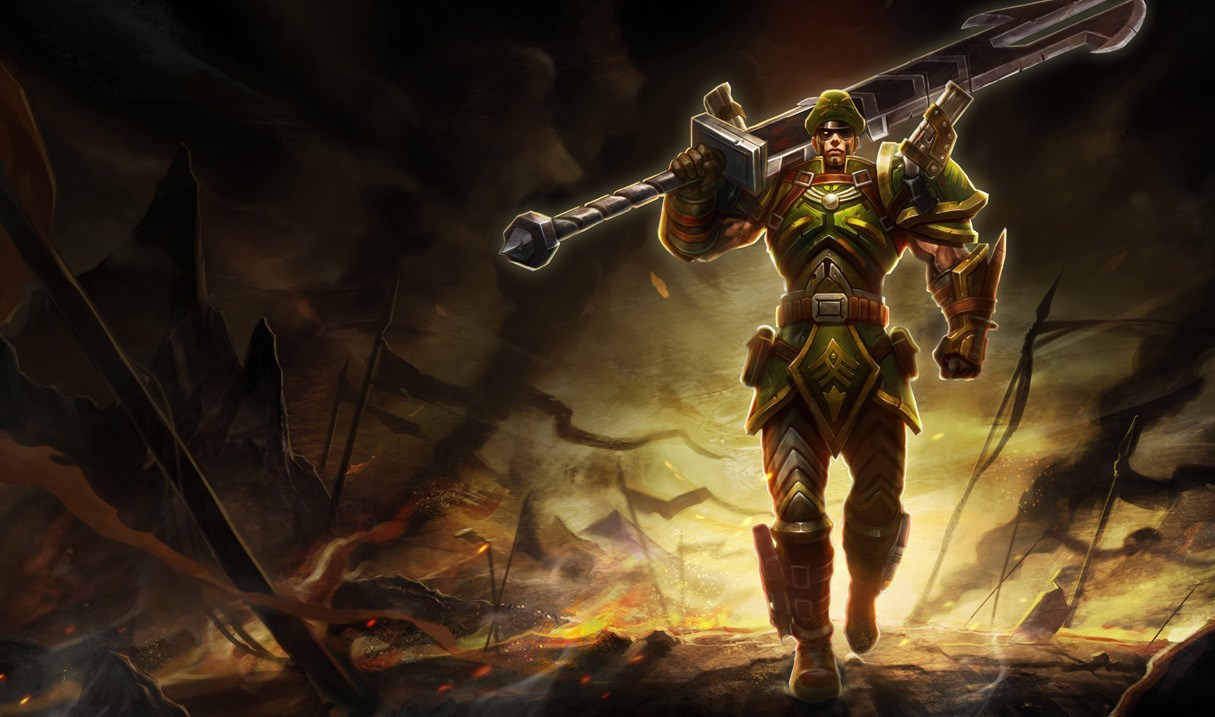 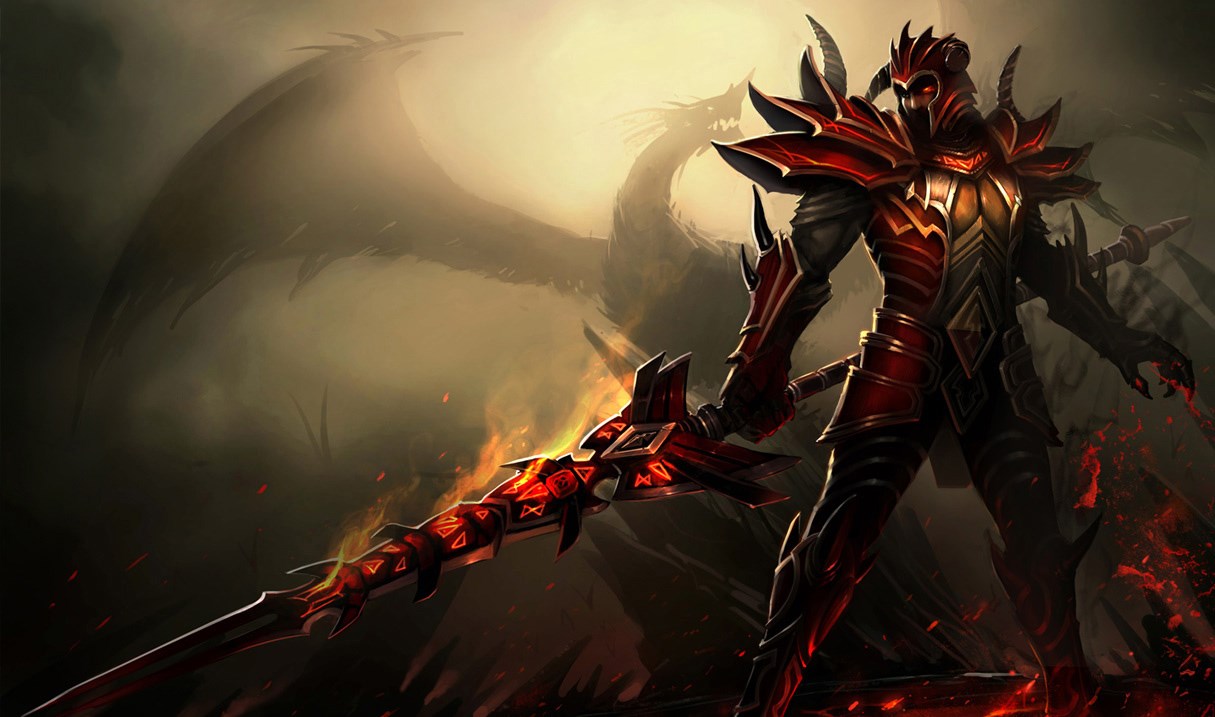 750
01.03.2011
All are accepted into the ranks of the dragonslayers, from the lowliest peasant to the mightiest king, for dragons would devour all equally. Jarvan IV willingly gave up the throne to join his doomed countrymen and stand against the fury of monsters reborn. 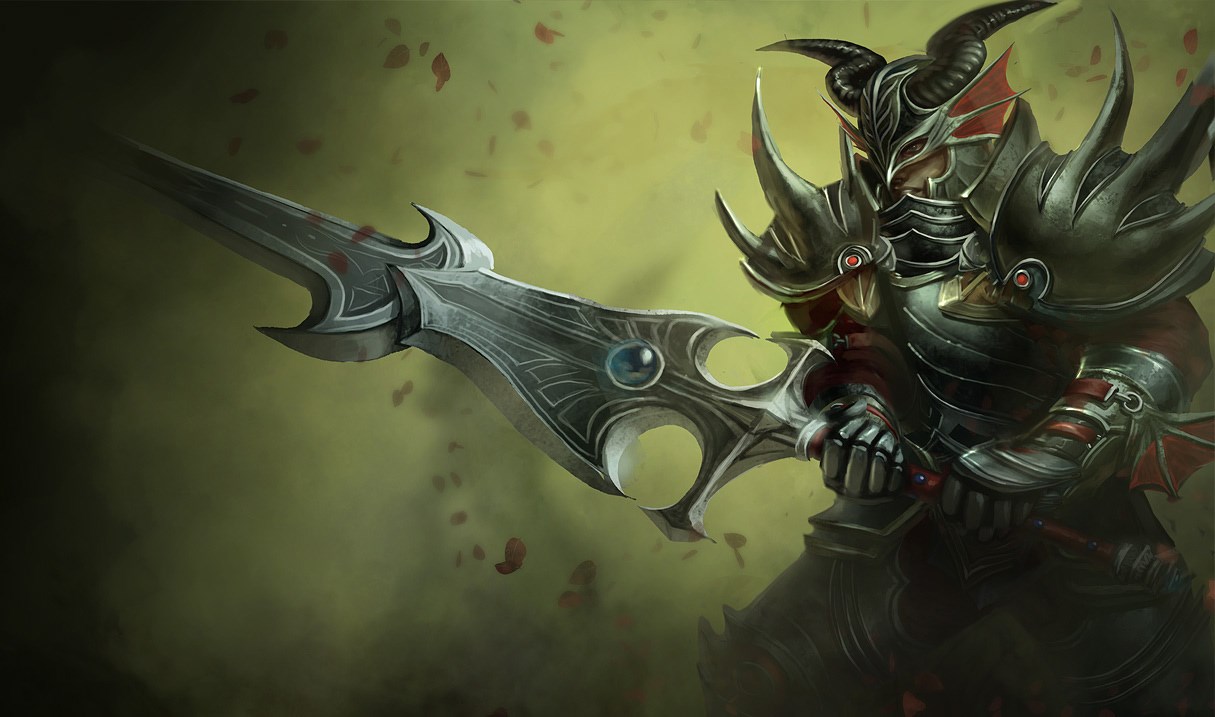 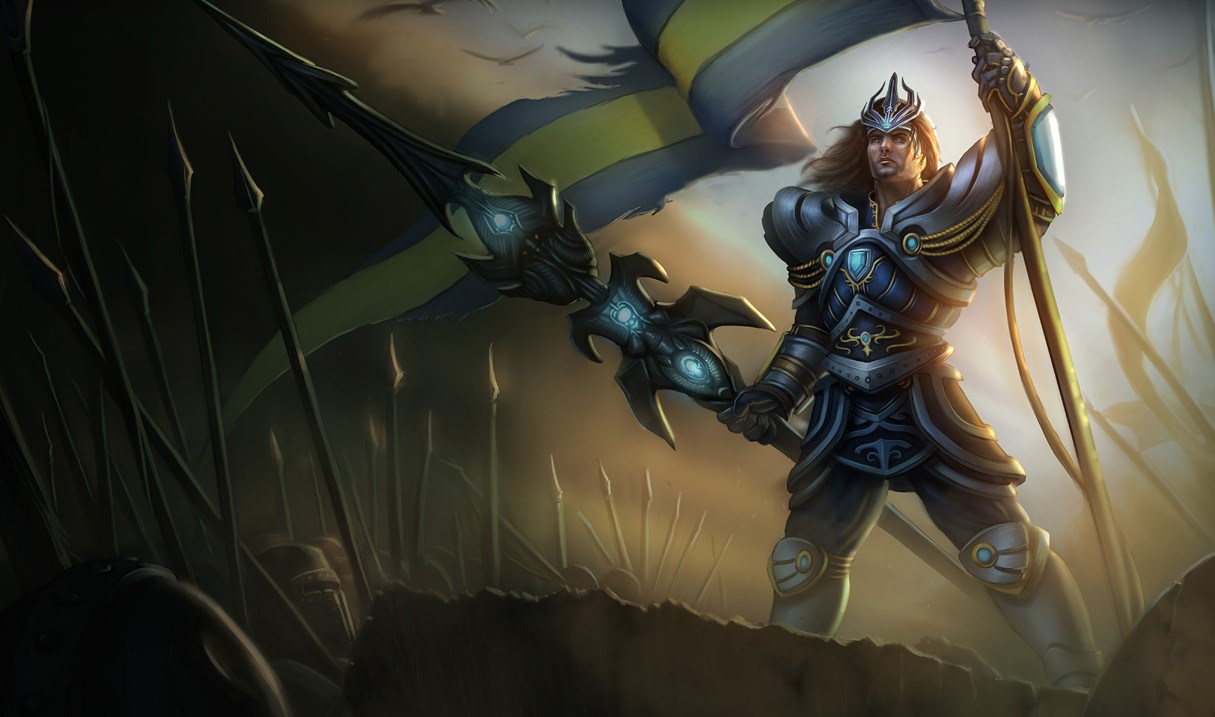 Victorious
View in 3D
Special
14.09.2011
Victorious Jarvan IV was awarded to players who reached Gold or higher in the 2011 season. As the first Victorious skin ever released, Jarvan shines in silver armor with a flashy gold trim. 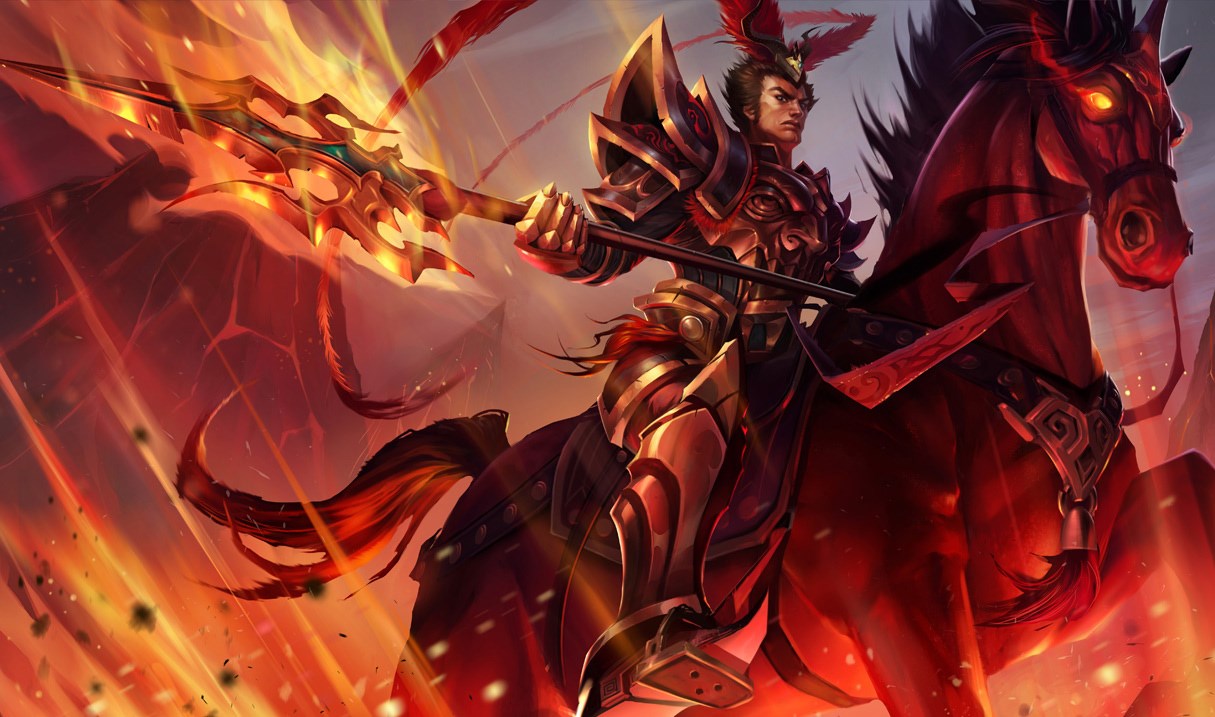 1350
08.02.2013
A fabled warrior of peerless might, Jarvan IV strides across the Warring Kingdoms seeking only the worthiest opponents. All others careless enough to face him are crushed without mercy, the earth erupting beneath his immeasurable strength. 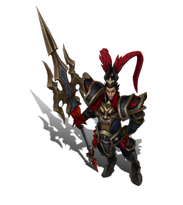 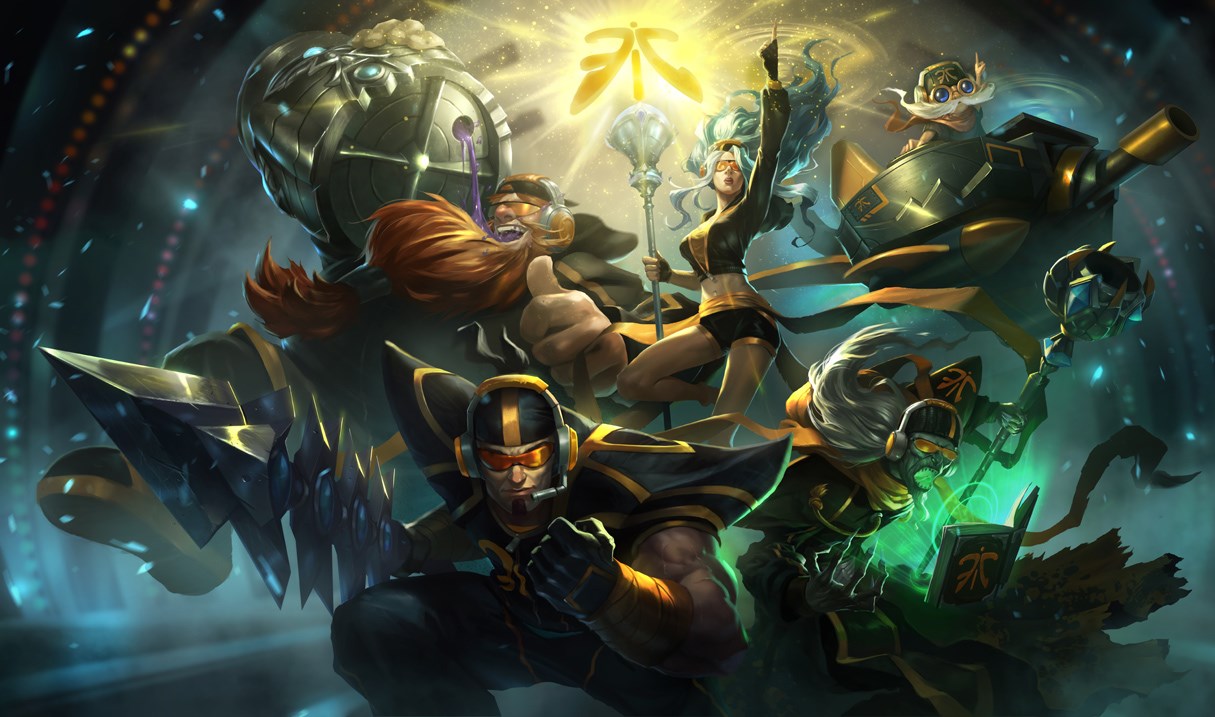 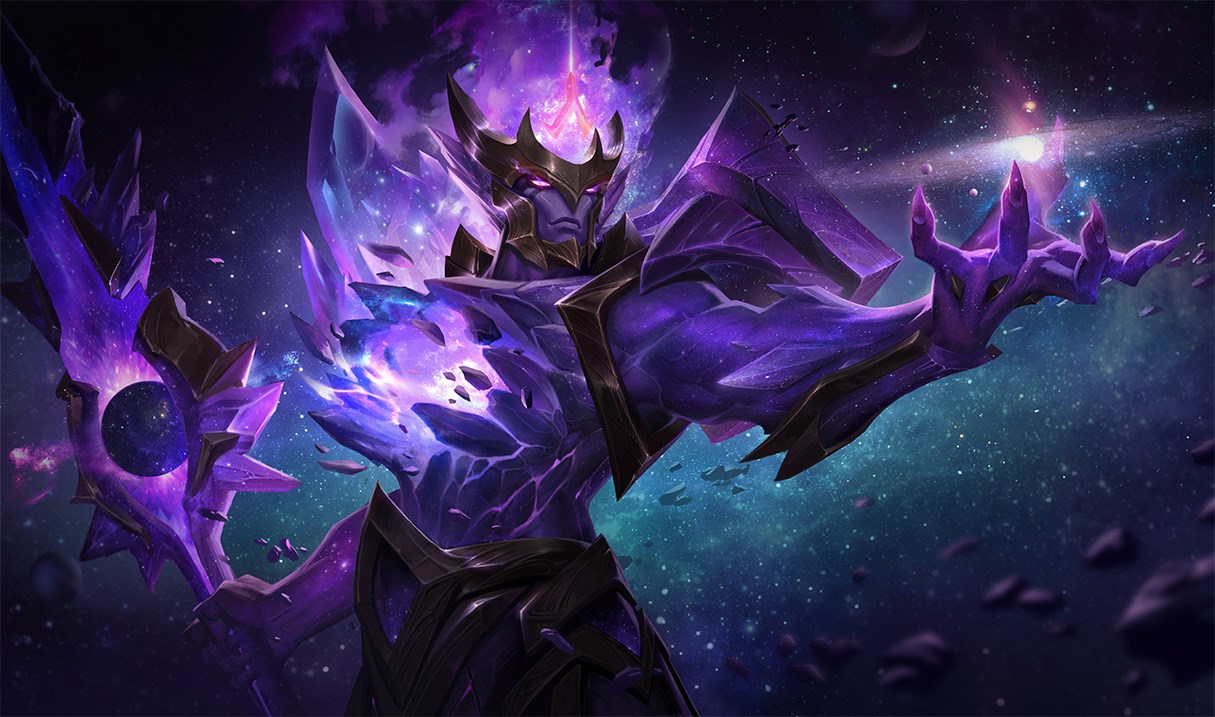 1350
01.03.2018
A mortal emperor unbound by the destruction of his world, Jarvan's essence has since been reforged by the ageless energies of deep space. His humanity and his people now lost forever, he stands ready to welcome the Dark Star incursion, in the final subjugation of all existence. 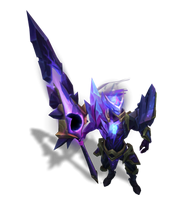 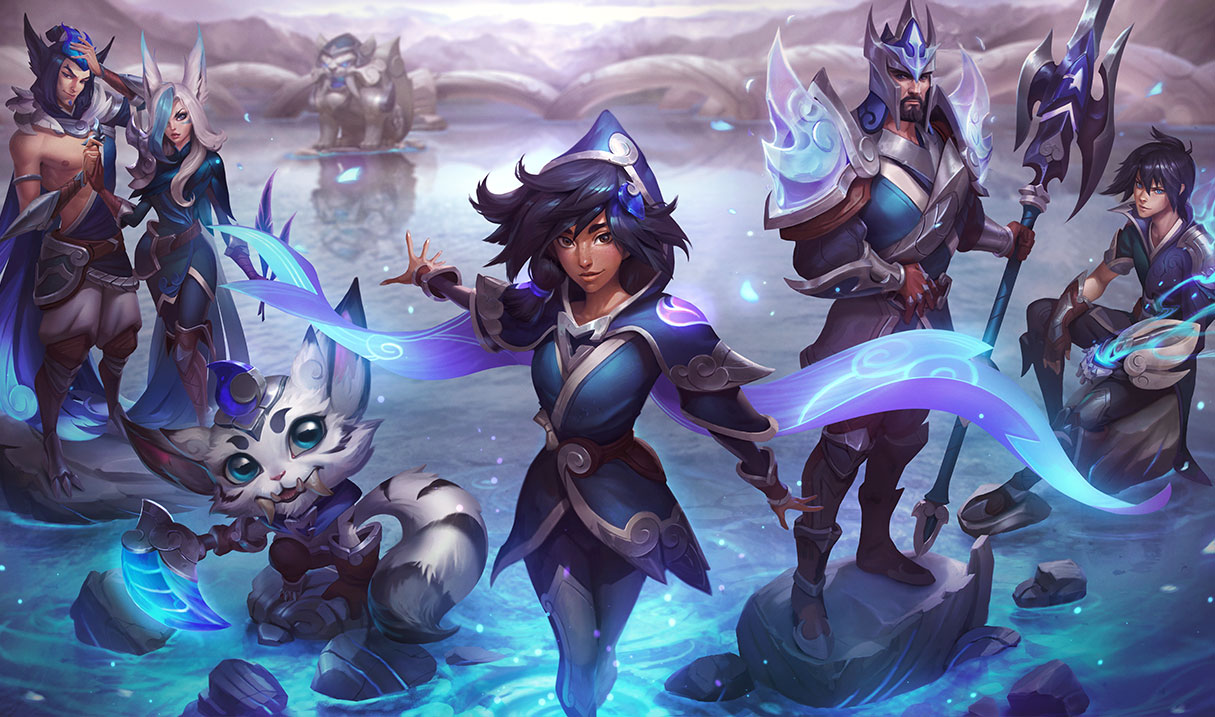 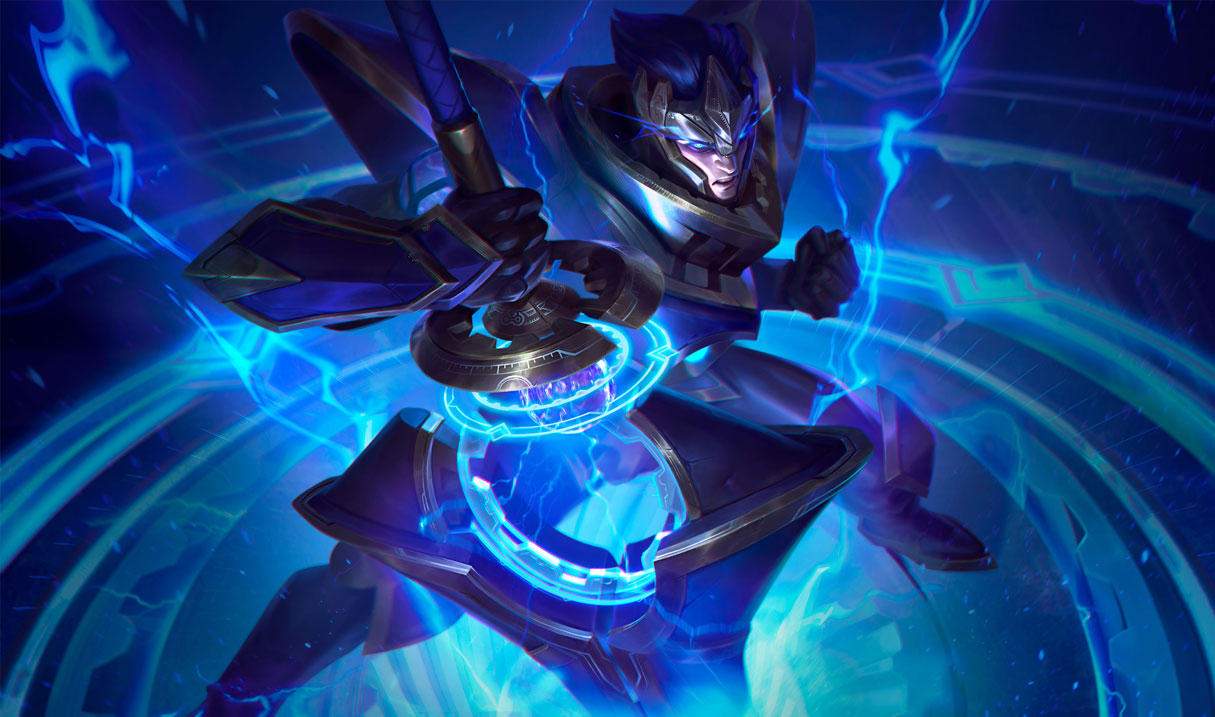 Hextech
View in 3D
Special
04.04.2019
The Hextech Renaissance appealed not only to those with backgrounds in science, but also to those looking for an escape from their day-to-day lives. For the young Prince Jarvan, it presented the chance to enhance his martial skill—with technology that would have never been accepted within his father's kingdom. 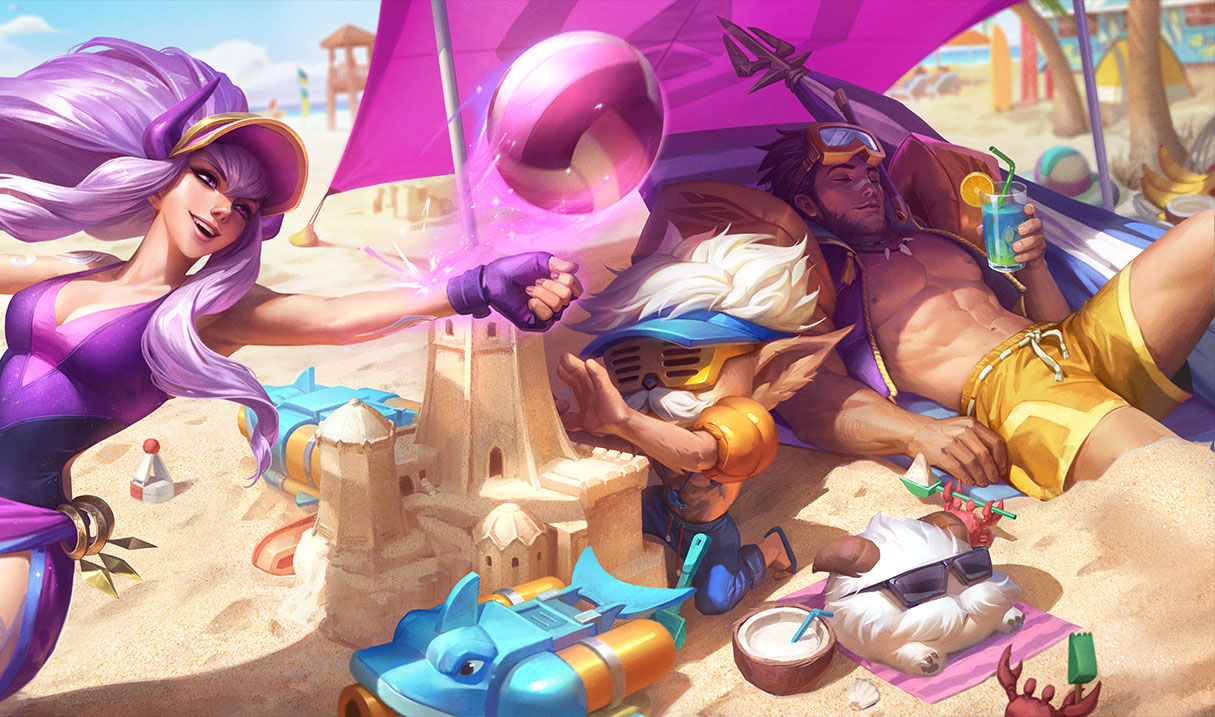 1350
02.07.2020
For Jarvan, there's nothing more relaxing than hanging out at the beach. No kingdoms to run, no thrones to sit on (save for his favorite beach chair), just the sound of the waves and, if he listens closely, the faint whistle of a volleyball being spiked directly at him... 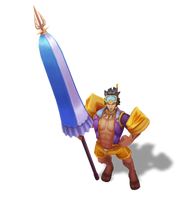 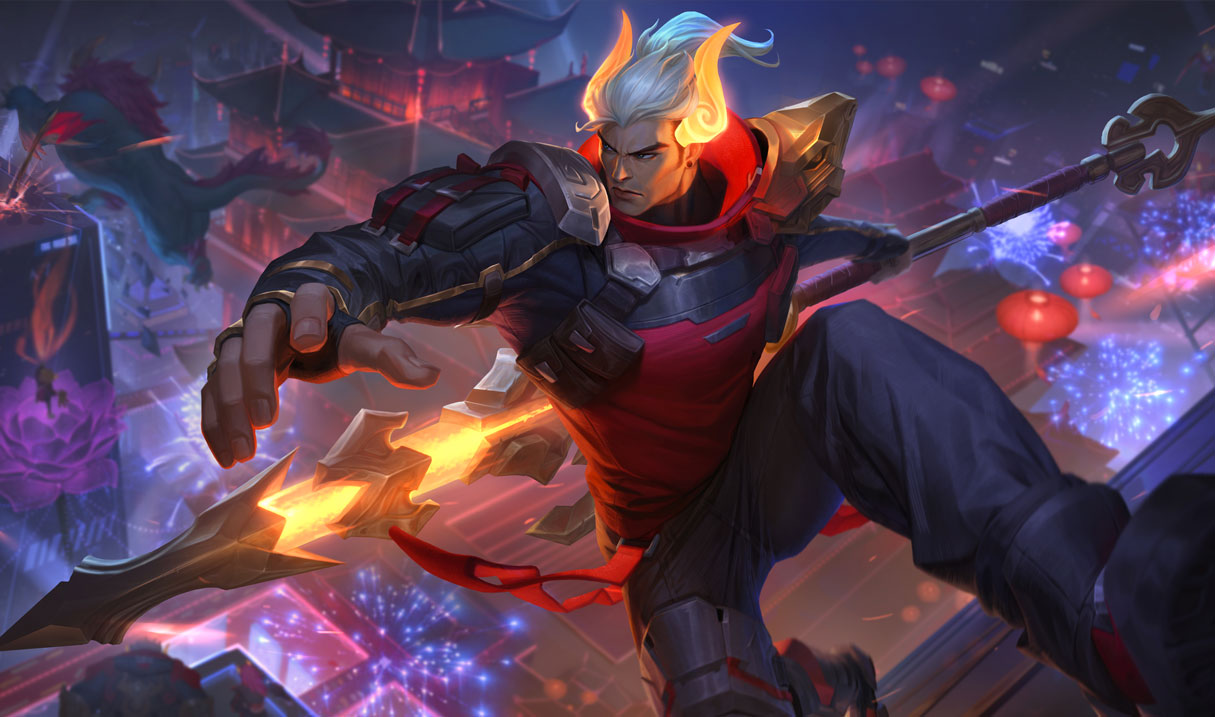 1350
04.02.2021
Jarvan IV's stubborn refusal to join Ox Clan only relented to his father's stubborn insistence. Though he tries his best to shirk the celebrity status that comes with the role, Jarvan comes from a long line of philanthropists, and has found himself caught up in the thrill of bringing businesslike efficiency to the biggest community event of the year. 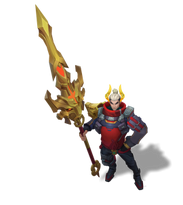 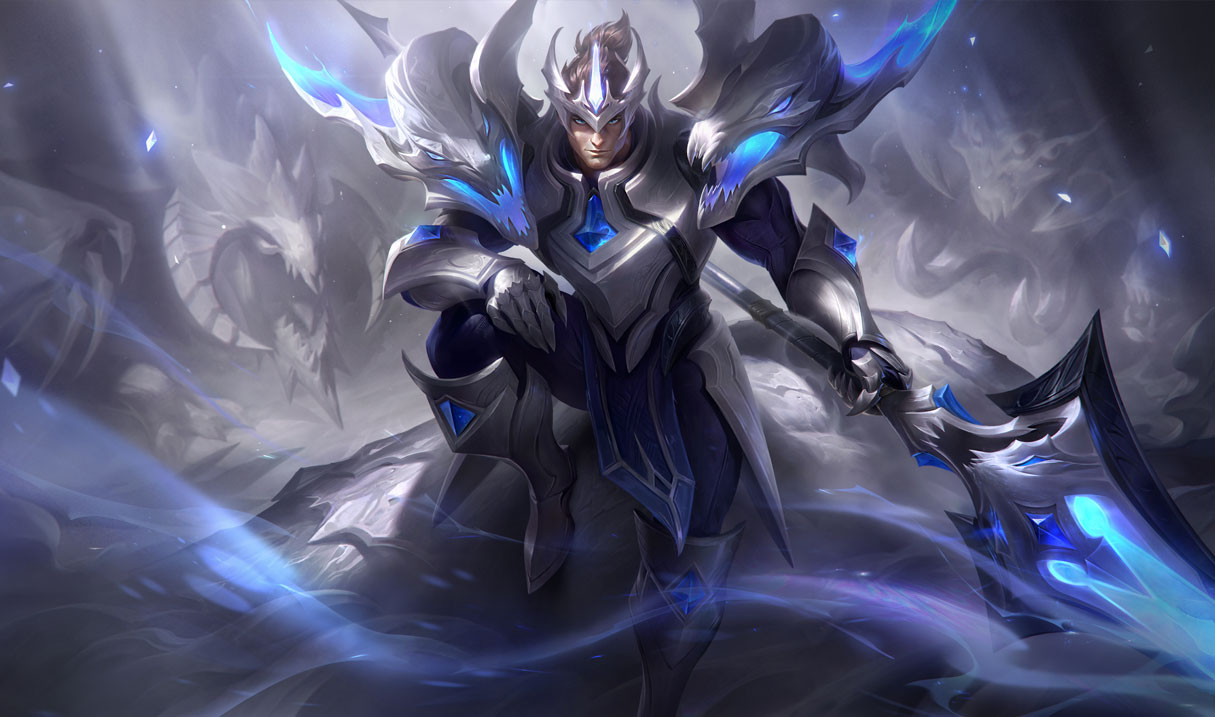 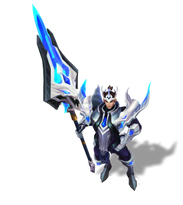