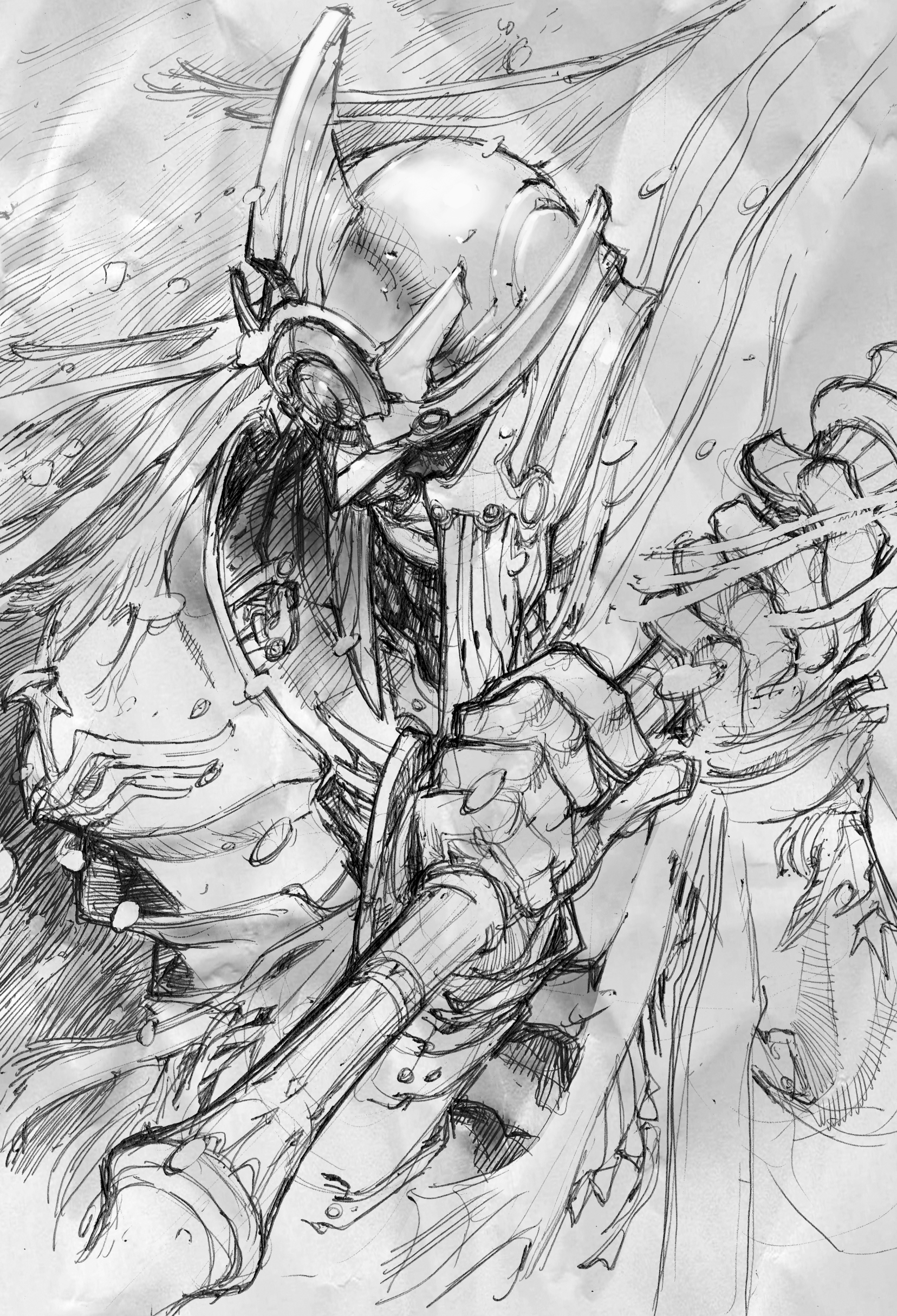 General Miesar slid an ivory cone across the map.

Jarvan wondered at the simplicity of the white piece. No head, no features denoting a face. Just a simple rounded shape, neutral and plain, with no resemblance to the hundred Demacian soldiers it represented.

"If we lead our knights south now, we can attack the argoth head-on before they reach Evenmoor", said General Ibell, a stout woman with commanding eyes.

"The argoth are fiercest in swarms", said General Miesar as he paced the length of the tent. "They rely on overwhelming numbers to defeat direct attacks. If we cannot divide them, they will slaughter us long before we reach their queen."

Jarvan strode to the edge of their tent, parting the fabric and gazing out across the valley. He might have enjoyed the view - morning light made the verdant landscape sparkle with dew, and the village of Evenmoor looked peaceful from a distance. But an ominous gray shape swelled on the horizon as the horde thundered in the distance.

The argoth were not enormous creatures; fighting one alone would be easy enough, but in large numbers, they were subject to the dominating will of a queen, able to move and fight as one vicious unit. This swarm was bigger than any Jarvan had seen before.

Miesar wiped sweat from his brow. "They’ll be here by this evening?"

"Sooner", said Ibell. "We have an hour, maybe two if we're lucky, until the argoth overwhelm Evenmoor."

Jarvan turned back to the map. Ten ebony cones representing the argoth stood at the outer edges of Evenmoor, overshadowing the single Demacian cone. The queen was marked by a smaller figurine of red jasper, right in the heart of the ebony mass.

"Any charge would need to fight through hundreds of argoth to get near her", said Jarvan, gesturing to the red stone. "What do you propose?"

Miesar halted his pacing. "I'm afraid you won't like this, my lord, but we could retreat. Surrender Evenmoor. Return on the morrow with forces strong enough to cut through the horde and slay the queen."

"Leave Evenmoor to the argoth?" asked Ibell. "That's a death sentence for these people. They will be overrun in a matter of hours."

Jarvan stared at the ebony and ivory until they merged in his mind's eye. All he saw was the red queen stone.

Ibell raised her eyebrows. "You see something?"

"A desperate plan", Jarvan replied, "but it is all we have. We conceal our fiercest fighters within Evenmoor and lay an ambush. With such a small band they won't anticipate our attack. Then, when the queen is within reach, we strike hard and fast. With her death, the swarm's unity will be broken."

"Into the center of the argoth, my lord?" Miesar said. "That, too, may be a death sentence."

"But we give Evenmoor a chance of surviving the attack", said Ibell.

"No plan is without risk", Jarvan said. "I will lead only those willing to join me, and will not engage until our hope of victory is greatest. We bide our time until the eye of the maelstrom is upon us, and then strike from within. With the queen dead, it will be a simple matter to fight our way out."

Ibell slid a single ivory cone to the village on the map, then moved the circle of ebony pieces forward until they overlapped Evenmoor entirely. The jasper queen stood at its center. With a flick of her finger, she tipped the red stone over. That done, she slid two more white cones to join the fight.

"This is our plan", said Jarvan. "Ibell and Miesar, you and your troops will lead the second wave."

"I have a queen to kill", Jarvan replied.