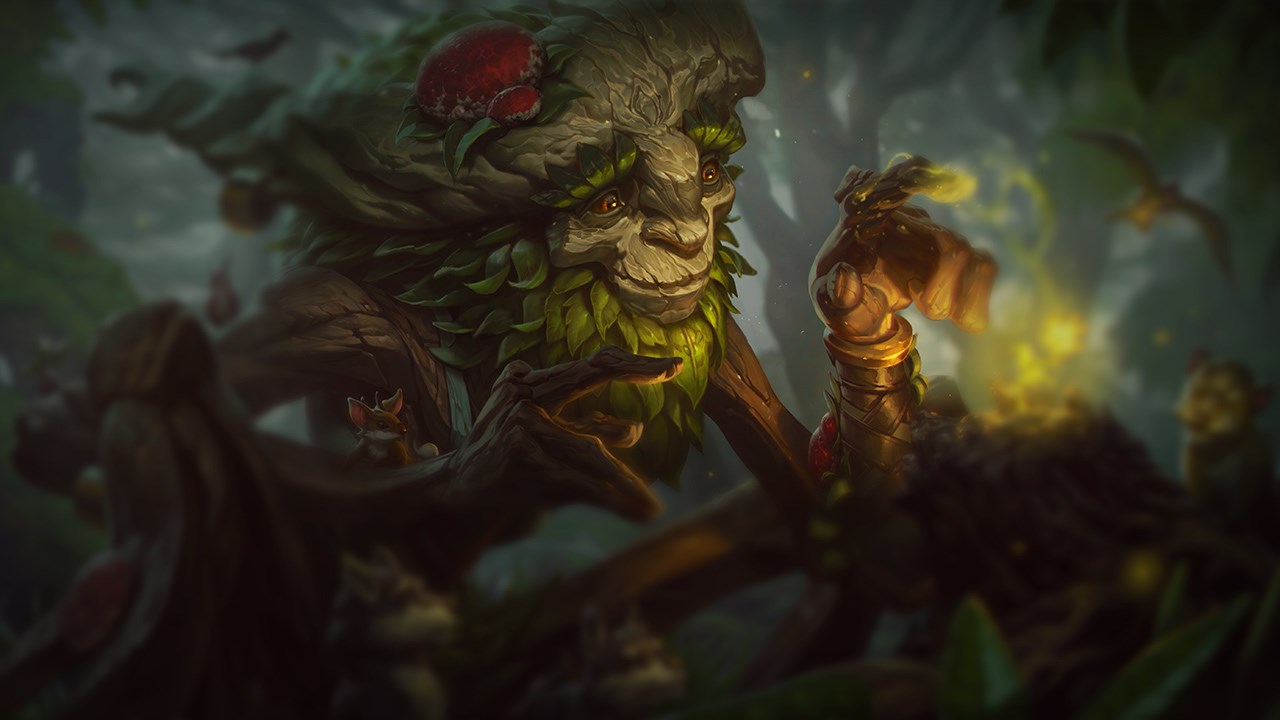 Ivern is a champion in League of Legends.[1]

monsters. Instead, targeting a jungle camp initiates a 2.5 second

channel that will plant a grove upon the camp. Placing a grove costs

Ivern cannot place a grove while he is unable to cast abilities.

The grove matures over 40 − 1 (based on level) seconds. When fully matured, Ivern can target the camp again to free it after a 0.5-second cast time, clearing the camp and receiving the

Smite on a monster within the grove will instantly free the camp regardless of maturity.

If the camp's large monster has already been slain prior to planting a grove, Ivern will free the camp upon completing the channel at no cost. Similarly, the grove will instantly mature if the large monster is slain.

Starting at level 5, freeing the

champion to gain the camp's respective buff, either the

Crest of Cinders or the

Crest of Insight, for a reduced 90 seconds(bug). If an ally kills either monster, they also leave behind a sapling that only Ivern can consume.

Walk in range of the target
Map-Specific Differences 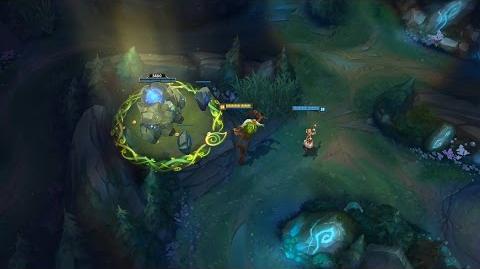 Active: Ivern throws a vine in the target direction, dealing magic damage to the first enemy hit and

rooting them for a short duration, during which they are also

revealed. Rootcaller can be recast while the target is

Ivern and allied champions can select the target

dash to their location, with allies stopping at

their attack range and Ivern stopping within

dashes to the target. 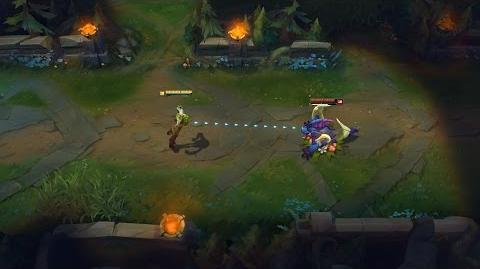 Passive: While in Ivern is in

on-hit. This bonus persists for 3 seconds after leaving brush.

Active: Ivern grows a patch of

brush at the target location for 30 seconds, granting

sight of the area within and around it for 3 seconds. Brushmaker spawns more brush if used near terrain or other brush.

Ivern periodically stocks a Brushmaker charge, up to a maximum of 3. 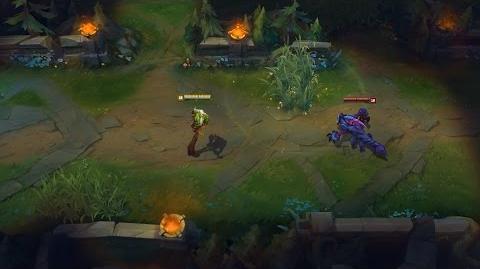 Daisy, or himself to place a

The target then explodes to deal magic damage and

slow nearby enemies for 2 seconds. 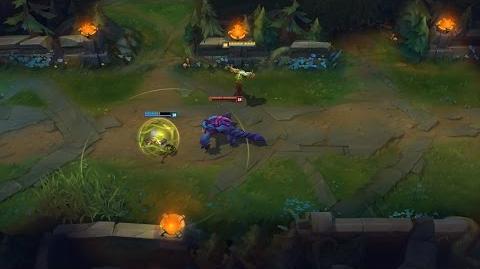 Daisy to his side, who lands 350 units away from him in the target direction and remains on the field for up to 60 seconds as a controllable

Daisy! can be recast at any time while

Daisy to move to the target location. If cast on Ivern,

The recast of Daisy! can be used while affected by 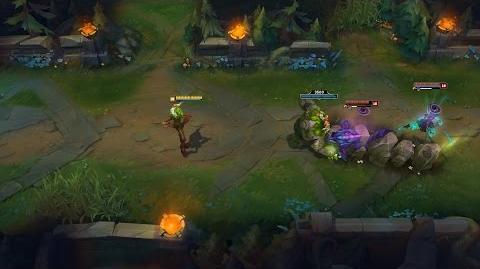 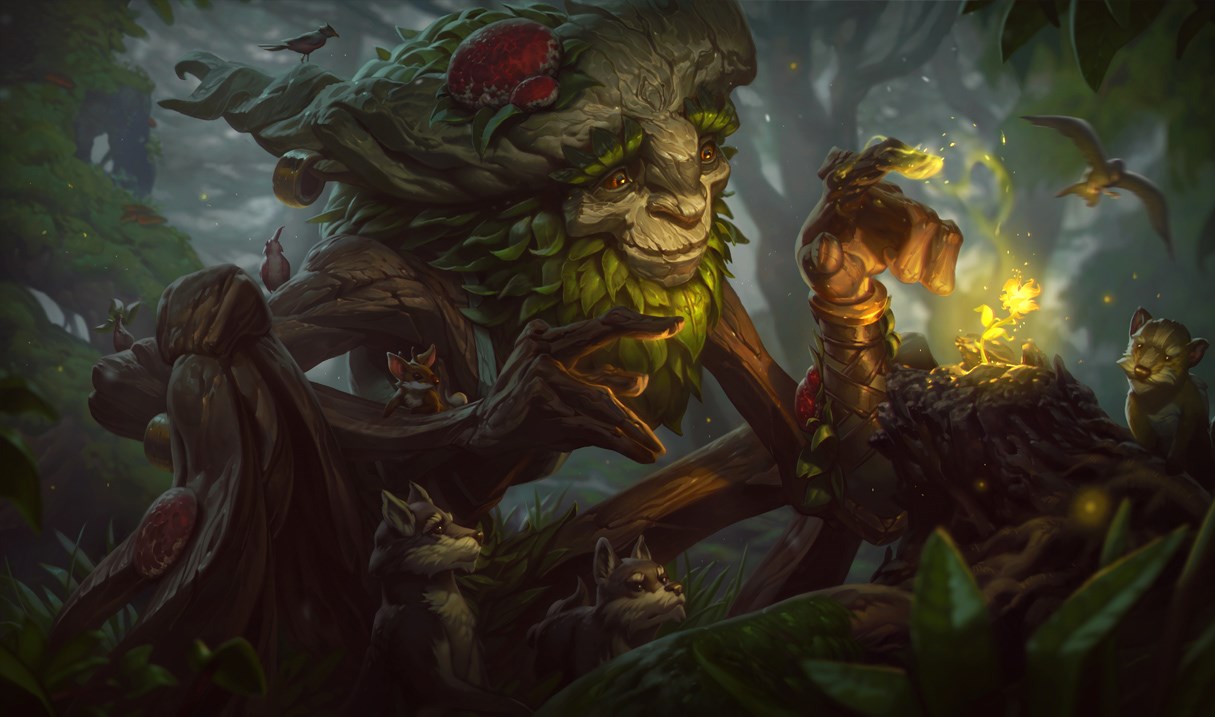 975
04.10.2016
Ivern Bramblefoot, known to many as the Green Father, is a peculiar half man, half tree who roams Runeterra’s forests, cultivating life everywhere he goes. He knows the secrets of the natural world, and holds deep friendships with all things that grow, fly, and scuttle. Ivern wanders the wilderness, imparting strange wisdom to any he meets, enriching the forests, and occasionally entrusting loose-lipped butterflies with his secrets. 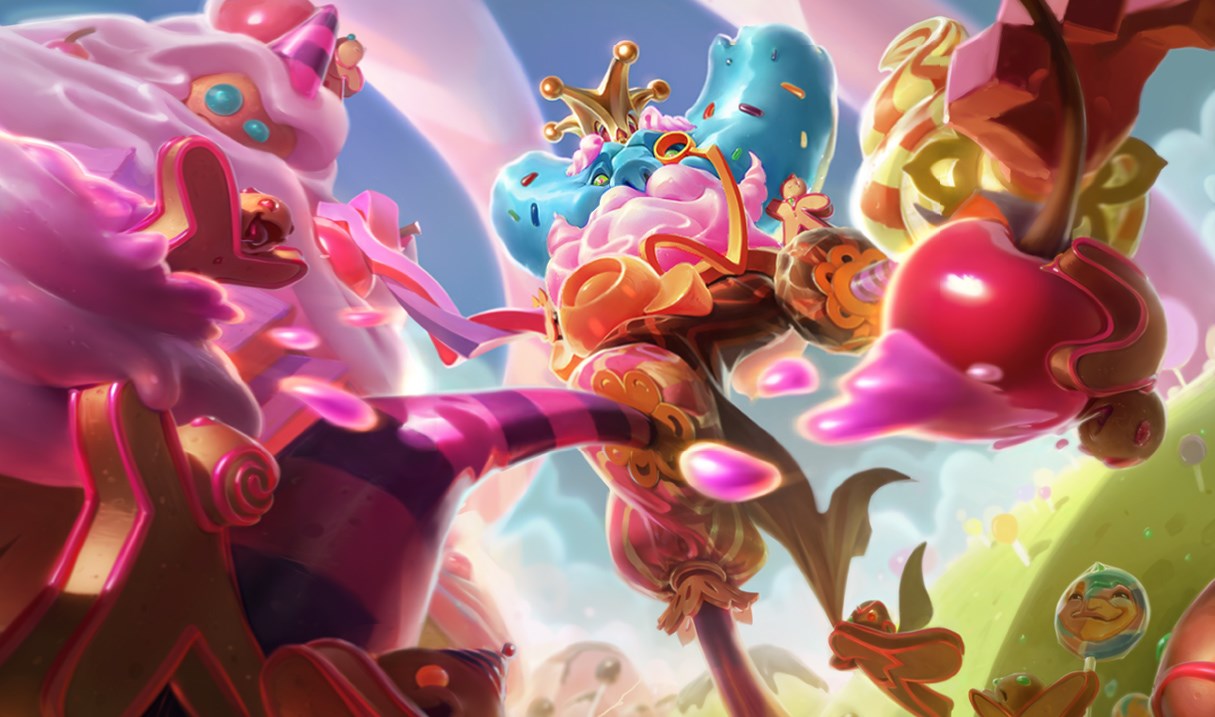 1350
04.10.2016
The resplendent ruler of the Candy Kingdom, Ivern is beloved by subjects far and wide. Yet there are those who have seen the monster lurking beneath his jolly frame—and his gnawing hunger for candy flesh that can never be satisfied. 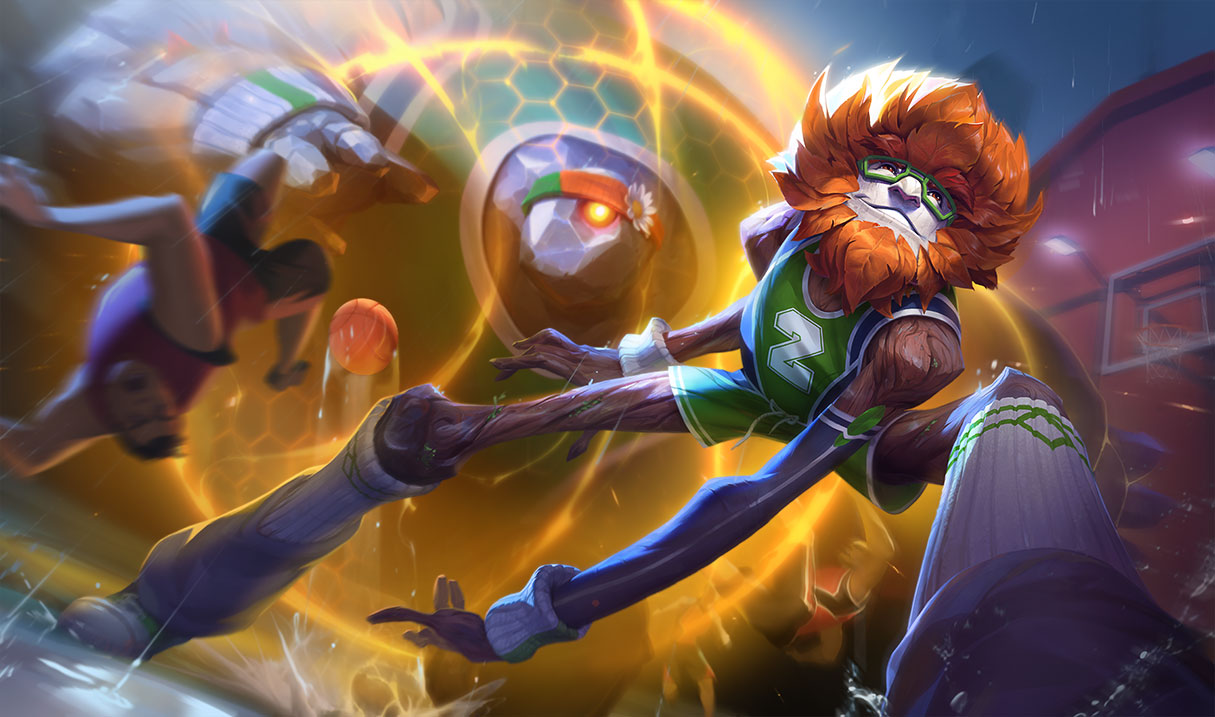 1350
04.04.2019
Daisy and Ivern first started as a basketball doubles pair on the mean streets of Kumungu jungle—but then a chance encounter with then-NBA commissioner John Brambleback pushed them both into the national spotlight. They've been tearing up the court on the professional circuit ever since. 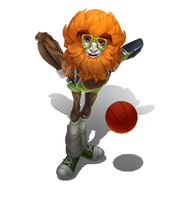 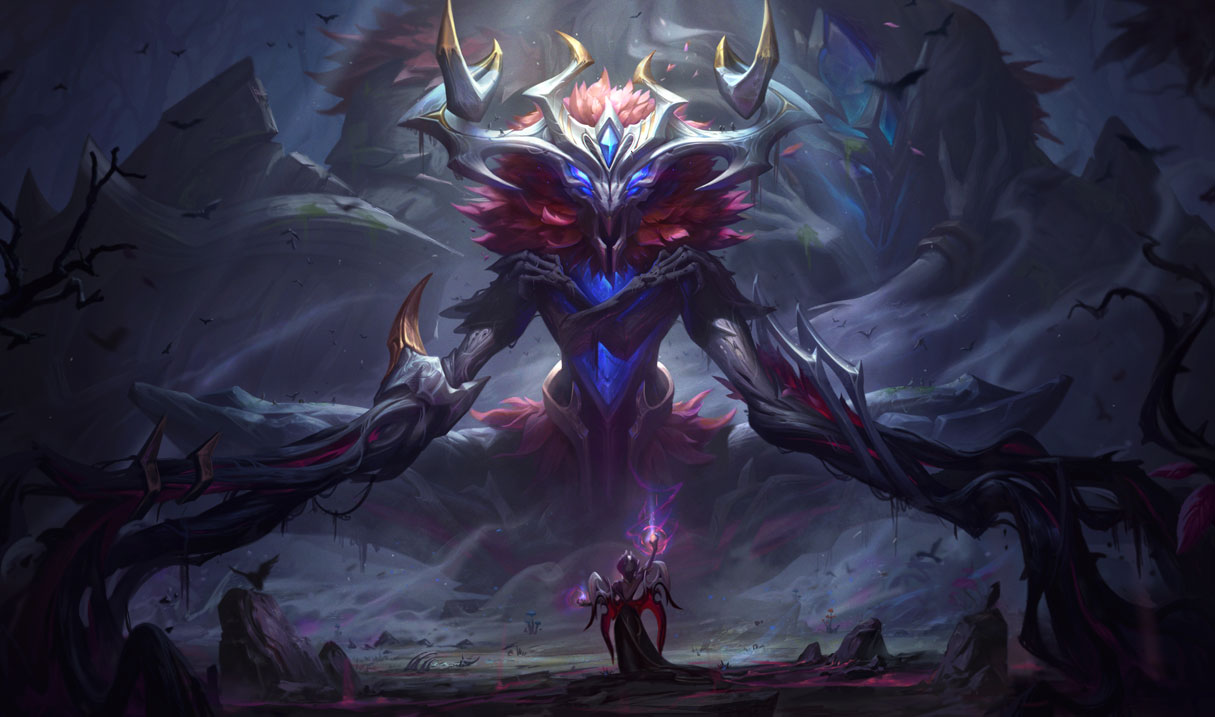 1350
10.12.2020
A nightmarish totem forged of witchcraft and forbidden incantations, Ivern stood among the Old Gods in the days before their destruction. Left inert for hundreds of years, he has risen along with his brethren to annihilate the paltry works of man. 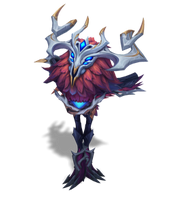