League of Legends Wiki
Register
Don't have an account?
Sign In
Advertisement
in: Ivern, Characters, Playable characters,
and 2 more
English 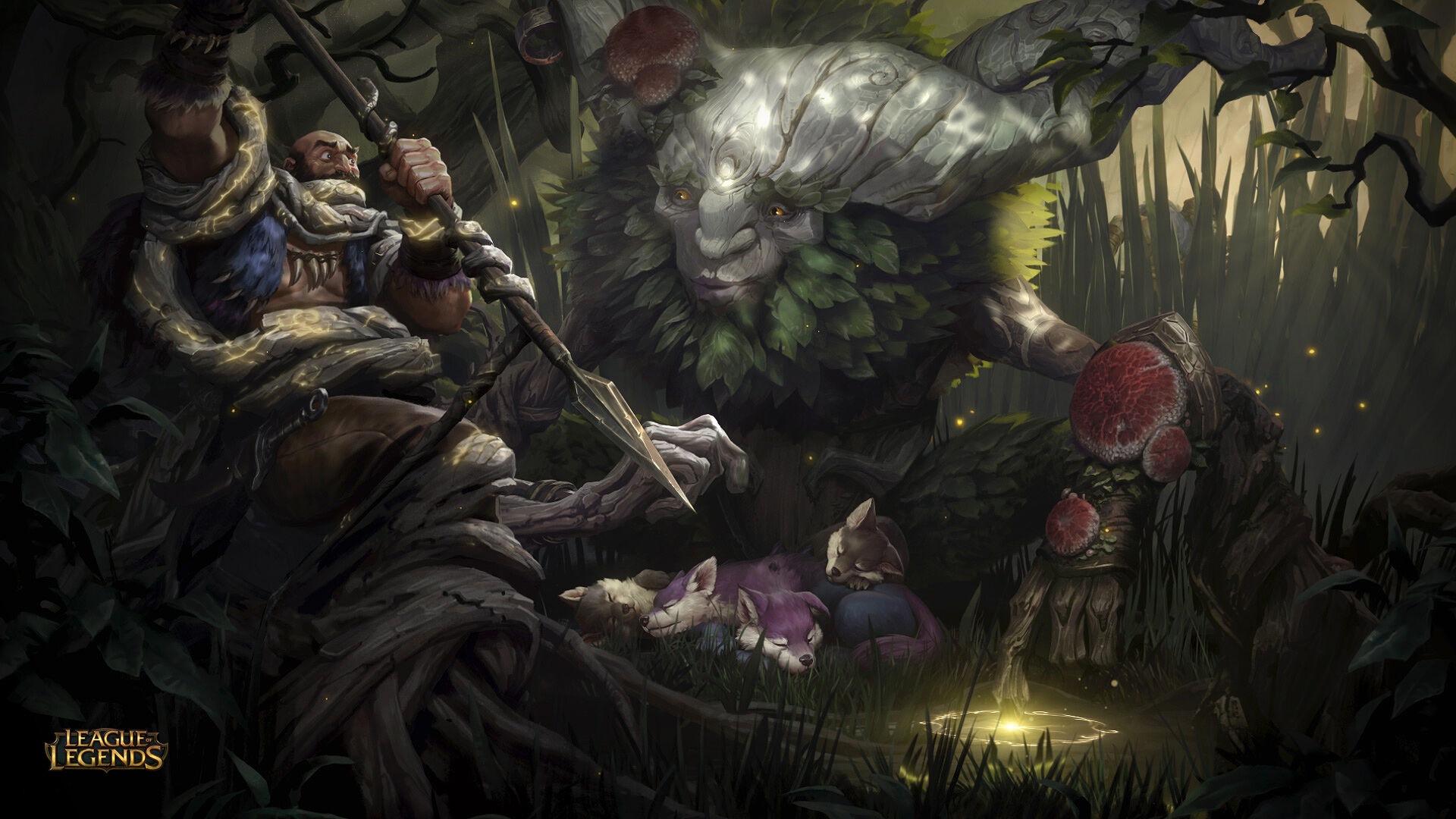 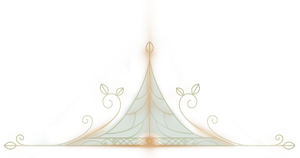 "The cleverness of mushrooms always surprises me." -

Ivern, known to many as Bramblefoot or the Old Woodsman, is a peculiar half-man, half-tree who roams the wilds of

Runeterra, cultivating life everywhere he goes. He knows all the secrets of the natural world, and holds deep friendships with things that grow, fly, and scuttle. Ivern enriches the forests, imparts strange wisdom to any mortal he meets, and occasionally entrusts loose-lipped butterflies with his secrets. 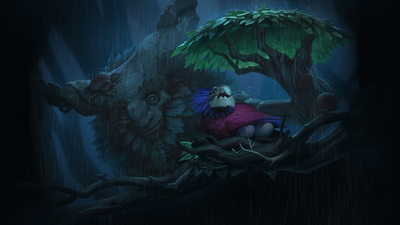 Ivern the Cruel was renowned as a fierce warrior, in the latter days of the ancient

Vorrijaard. His clan followed the most warlike of the old gods, and would not kneel before the upstart “Three Sisters” like so many others had.

However, the dark sorcery that strengthened their armies was undeniable. Ivern and his kin plotted long and hard to overthrow these hated Iceborn, eventually setting sail into the east—in search of the land where the sun first rose, from where it was said that all magic flowed into the world. If Ivern could seize such power for his own, then he could surely break any foe.

As his fleet sailed over the horizon, they passed out of memory and into myth, for they were never seen in their homeland again.

In truth, Ivern the Cruel landed on the shores of

Ionia. After cleaving through a dozen coastal settlements, he and his warriors discovered a sacred grove known as Omikayalan, “the Heart of the World”. And there, in that strange and verdant garden, they met the fiercest resistance. Chimeric beings—half human, half beast—came at them again and again beneath the twisted branches.

Undeterred, Ivern pressed on, until the battered remnants of his expedition reached what the Ionians held so sacred: the legendary God-Willow.

Ivern was transfixed, even as the fighting raged around him. It was a truly colossal tree, dripping with long gossamer leaves that shimmered with golden-green light. It was magic like nothing he had ever felt before, and it was clear these inhuman creatures would die to protect it. Seeking to shatter their resolve, he took up his war axe, and roared with hatred as he struck at the God-Willow over and over again.

The great tree fell. In a riot of life-energy, Ivern the Cruel was instantly undone.

Detached, drifting, he saw the battle was over. The flesh of the fallen fed carrion birds and insects alike, or decayed under bursts of colorful mushrooms. Bones rotted into fertile soil, and seeds within it budded and sprouted into trees bearing fruit of their own. Leaves and petals pulsed like colorful hearts. From the death that surrounded him, life exploded forth in ways too numerous to believe.

Never had Ivern beheld such beauty. Life, in all its forms, was tangled together like an impossible knot that didn't want to be untied. He wept, and those dewdrop tears fell upon his changed body. He was taller than he remembered, his limbs rough with bark and leaves. The magic of an entirely different world coursed through him. He did not know why, or how, but he was all that now remained of the God-Willow.

With that realization, he heard the bawling of hills, the howling of trees, and the dripping tears of moss. He reflected on the mistakes he'd made, the cruelty he'd visited on others. Remorse washed over Ivern, and he cried out for forgiveness.

When he finally moved, so much time had passed that the world felt... new? The violence and sadness of his former self were mere echoes in his heart. He found he could dig his toes deep into the soil, and commune with the roots, rocks, and rivers. Even the dirt itself had opinions!

Ivern wandered far—across Ionia, and beyond—and the strange magic of Omikayalan followed in his wake. He developed close kinships with creatures great and small, observing their foibles, delighting in their little habits, and occasionally offering a helping hand. He shortened the inchworm's path, played tricks with mischievous

In one instance, he found a wounded

stone golem. Knowing the poor thing's spirit was fading, he fashioned her a new heart from a river pebble, and the golem became Ivern's devoted life-friend. He named her

Daisy, after the flowers that mysteriously sprouted from her stone body.

Sometimes, Ivern encountered mortals, and many of them were at least somewhat peaceful. They called him Bramblefoot, or Green Father, or the Old Woodsman, and told tales of his strange benevolence. But he was filled with sadness to see how they still took more than they gave, how they could be so cruel and so careless, and he retreated from their company.

If he bore the God-Willow's legacy, he needed to cultivate humanity—help them watch, listen, and grow. Being mortal once himself, Ivern knew this would be difficult, so he smiled and challenged himself to complete this task before the final sunset.

He knew he would have time. 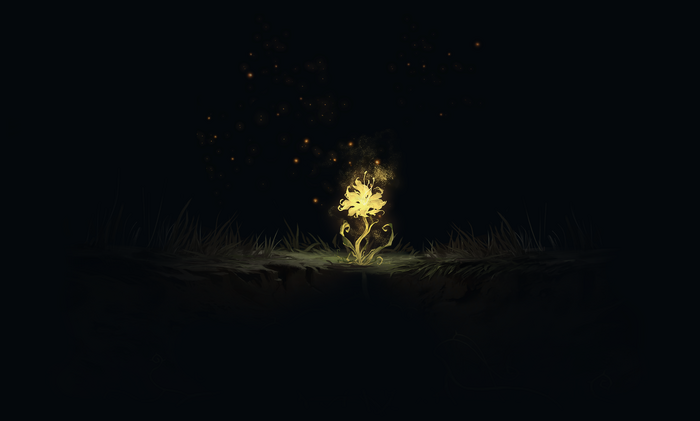 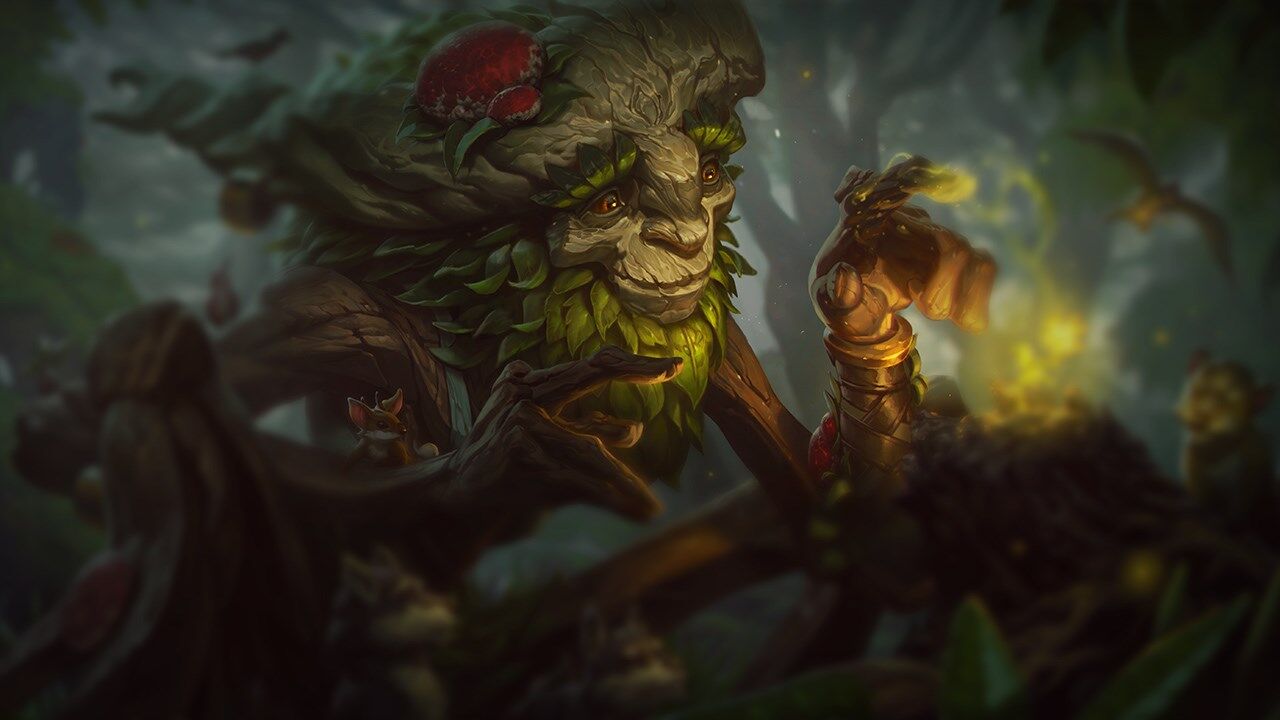 From the cuddliest of creatures to the fiercest of beasts, all life is precious.' 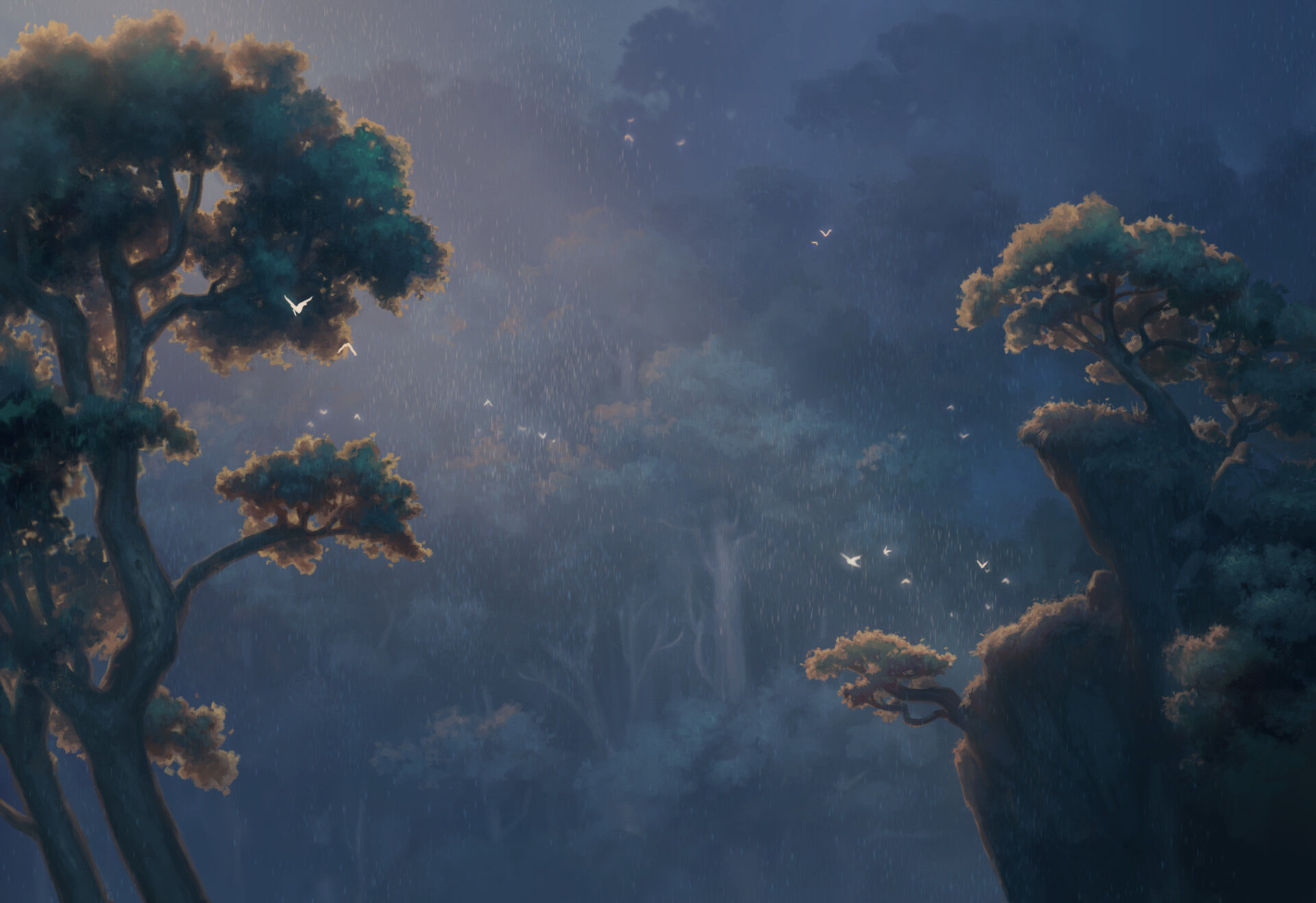 For most people, a hundred years is a very long time. In a century, one could explore the entire world, meet thousands of people, or complete countless works of art. Now, anyone could easily assume that standing in one spot for over a century would be a colossal waste. But during that time, Ivern Bramblefoot accomplished more than any could dream. 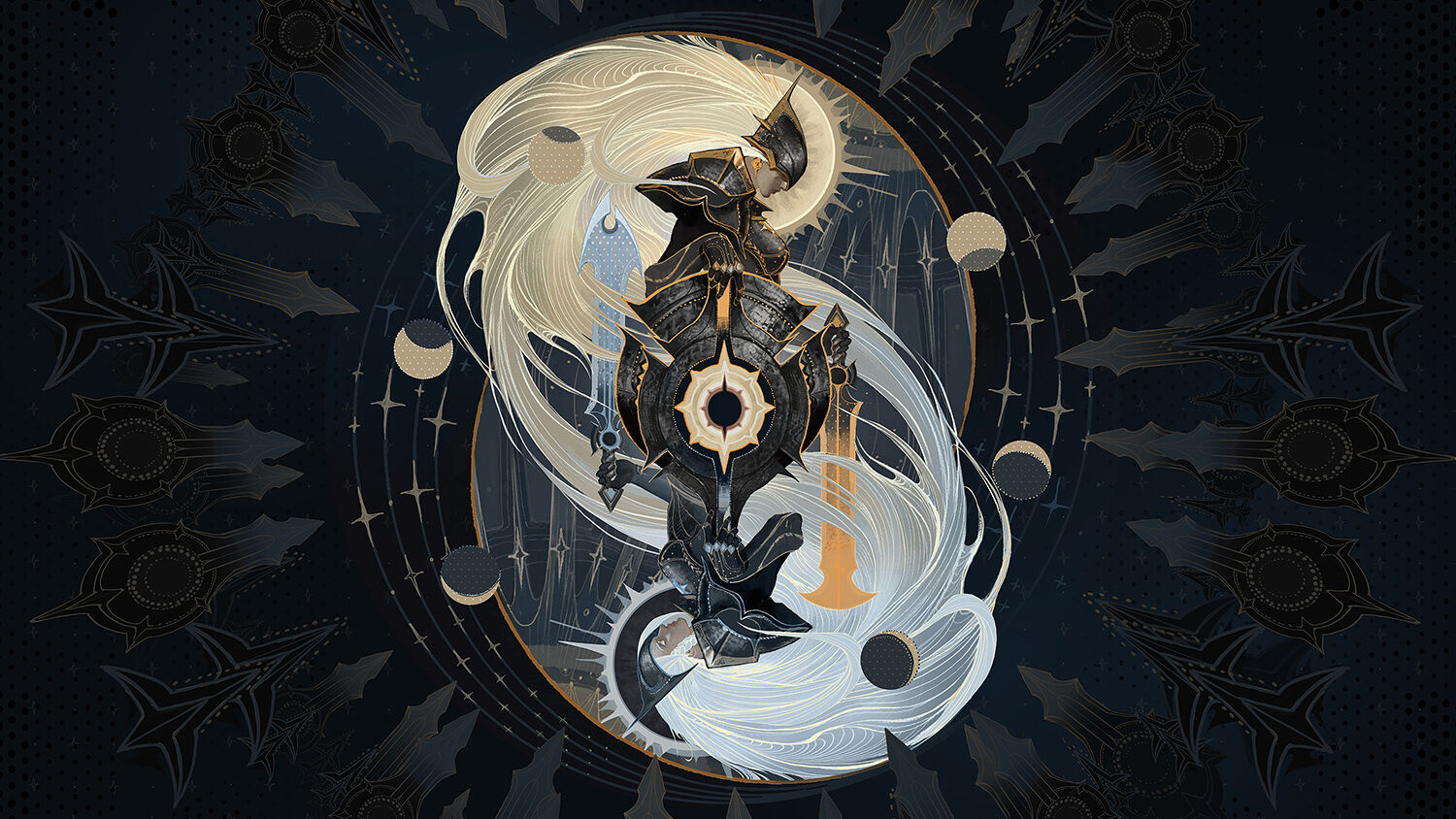 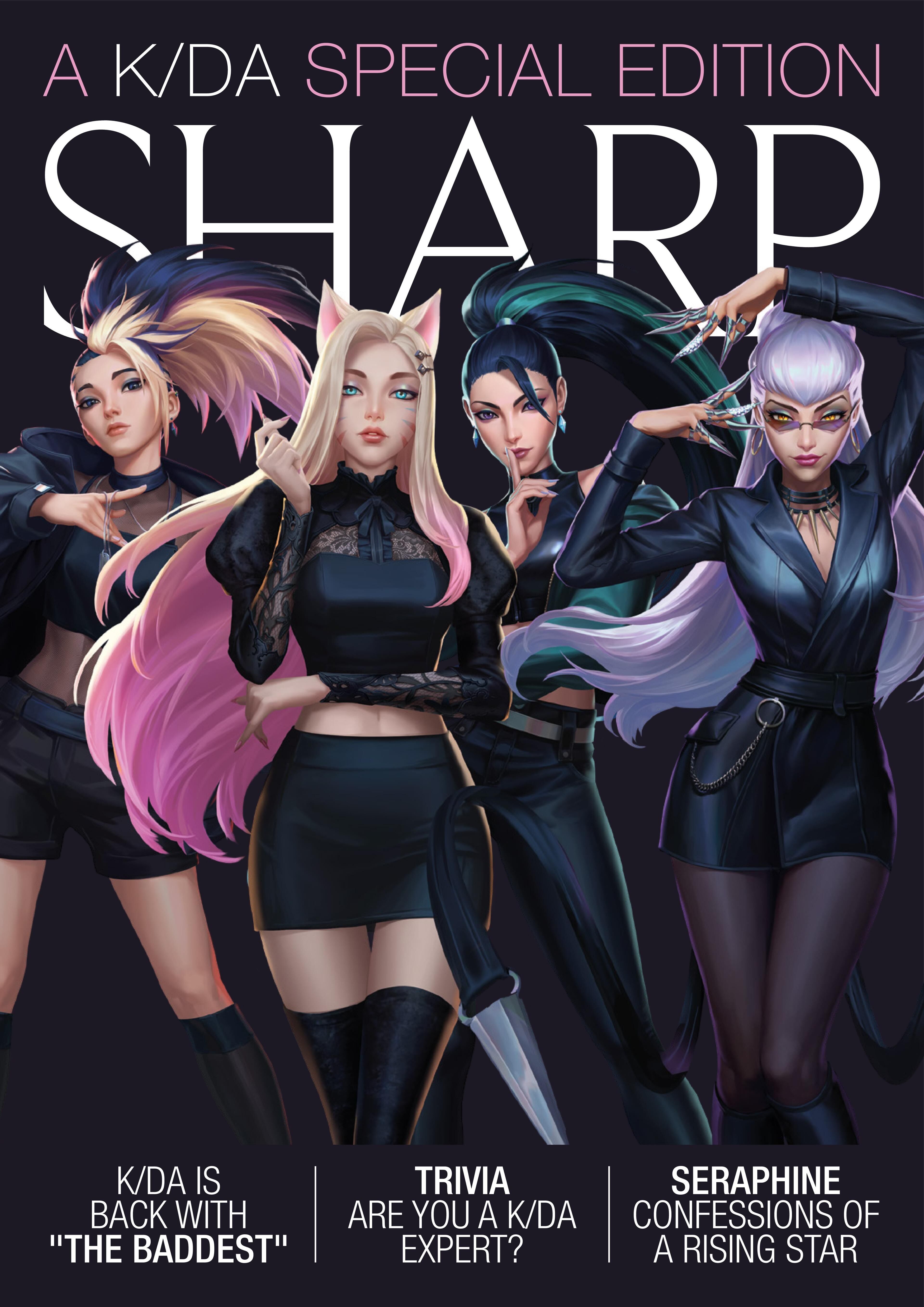 Learn more about K/DA and their upcoming ALL OUT EP in this very special edition of SHARP magazine.
Read through over 16 dedicated pages about Ahri, Evelynn, Kai’Sa and Akali, and how the pop group sensation renewed their ambitions since the launch of their electric 2018 debut single, POP/STARS. Discover how K/DA staged their comeback with THE BADDEST, the first song of their new and long-awaited EP, and meet Seraphine, their talented new collaborator.
This special edition of SHARP also includes a special quiz to prove to yourself and your friend that you are a real BLADE!