Inhibitors are structures that prevent

super minions from spawning in the respective same lane. Inhibitors have 4000 health, 15 health regeneration per second, 20 armor, and 0 magic resistance.

Each team has 3 inhibitors on Summoner's Rift in each of their bases, of which at least one inhibitor must be destroyed to render the Nexus and its defending turrets vulnerable to being attacked (the Nexus will be invulnerable as long as one of its turrets or all 3 inhibitors are standing). Every inhibitor is protected by a turret that makes that inhibitor invulnerable; destroying the turret makes the inhibitor vulnerable.

Once a team's inhibitor is destroyed, the enemy's Nexus will begin spawning a

super minion in the waves set in the respective lane, replacing the

siege minion in its place if applicable. If all 3 of a team's inhibitors are destroyed, it will instead spawn two

super minions in each lane, per wave.

When an inhibitor is destroyed, if a champion scored the last hit, they receive

50. Other champions involved in the destruction do not receive any bounty.

League of Legends have had numerous different inhibitors during its history. Most were primarily used for Summoner's Rift while the remaining ones for ARAM, Twisted Treeline, and other game modes. 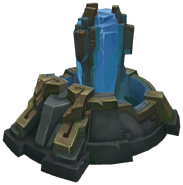 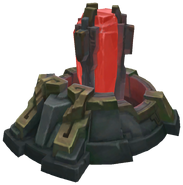 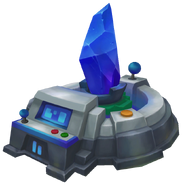 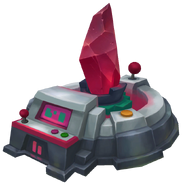 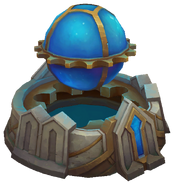 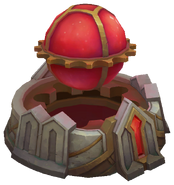 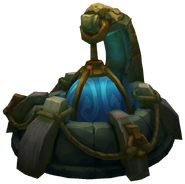 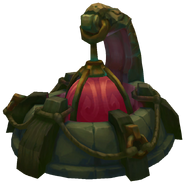 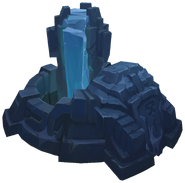 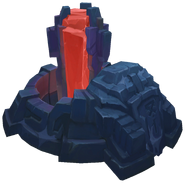 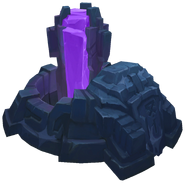 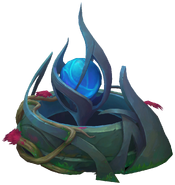 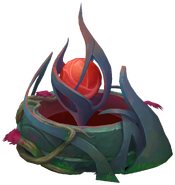 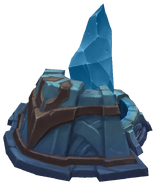 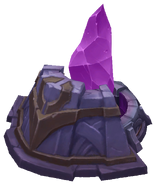 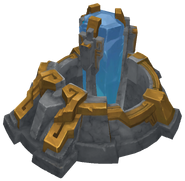 Context: At the beginning of the 2014 season we shortened the respawn time of inhibitors. Now, with our LASER-BUFFED BASE TURRETS (shouting is mandatory here), we can put inhibitor respawns back to their original timing so that attacking teams have a better window to capitalize on their achievements.