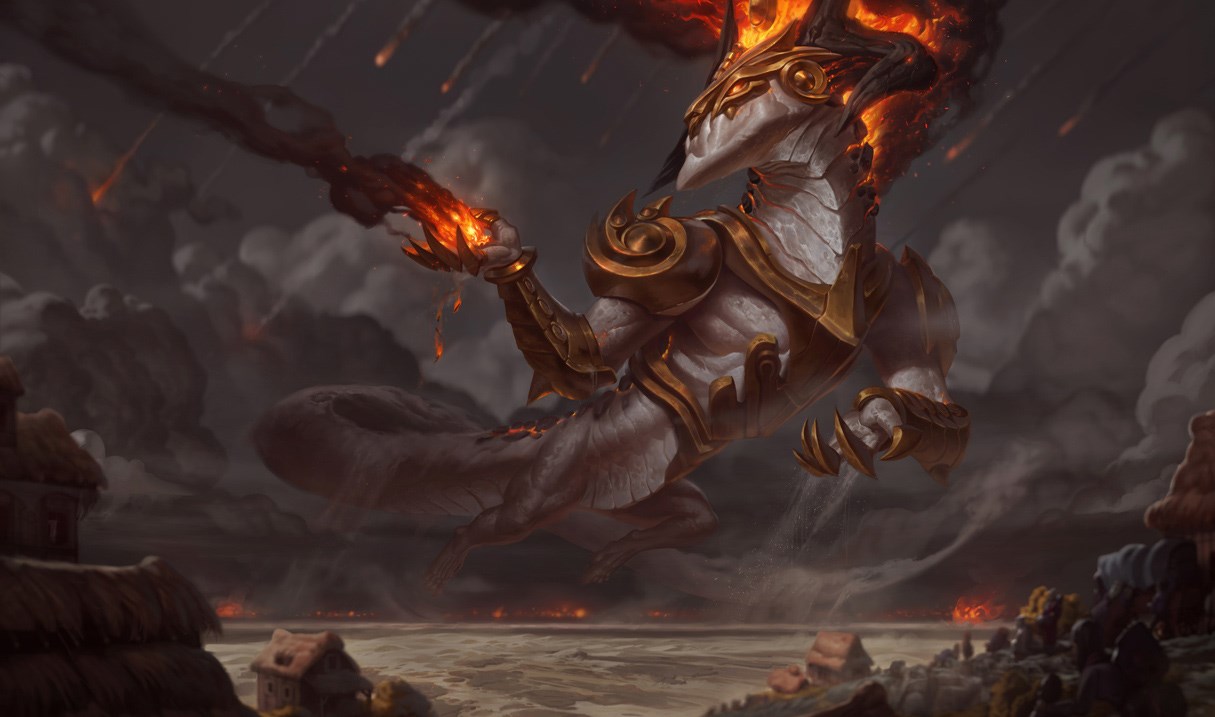 Infernal is a series of alternate future/universe skins in League of Legends. Set in a setting where the Ashen Lord has been summoned and transformed the world into a land of ashes, cinders and fire.

Consumed by the Infernals