"Wisdom is frequently a kick in the head." -

Illaoi's powerful physique is dwarfed only by her indomitable faith. As the prophet of the Great Kraken, she uses a huge, golden

idol to rip her foes'

spirits from their bodies and shatter their perception of

reality. All who challenge the 'Truth Bearer of Nagakabouros' soon discover Illaoi never battles alone - the god of the Serpent Isles fights by her side.

"There can be no rest. We are the motion." - from 'The Twenty Wisdoms of Nagakabouros'

All who encounter Illaoi are struck by her presence. An intense woman, the priestess is fully committed to the experience of living. She takes what she wants, destroys what she hates, and revels in everything she loves.

However, to truly know Illaoi you must understand the religion she has devoted her life to.

Nagakabouros, the deity of her faith, is usually depicted as an enormous serpent head with tentacles spiraling around it in endless motion, with no beginning and no end. Also called The Mother Serpent, The Great Kraken, or even The Bearded Lady, Nagakabouros is the Serpent Isles' god of life, ocean storms, and motion (the literal translation of its name is 'the unending monster that drives the sea and sky') Central to the religion's theology are three tenets: every spirit was born to serve the universe; desire was built into every living being by the universe; the universe only moves toward its destiny when living creatures chase their desires.

Lesser priestesses are tasked with maintaining temples, calling holy serpents, and teaching people the ways of Nagakabouros. As the religion's Truth Bearer, Illaoi's role is to serve the god directly by unblocking the flow of the universe. To this end, she has two sacred responsibilities.

The first duty of a Truth Bearer is to be the spearhead in the war against undeath. Having fallen outside of the normal flow of the universe, the undead are considered an abomination against Nagakabouros. While it is the responsibility of every priestess of the Kraken to protect the indigenous population from the Harrowing, a Truth Bearer directly engages its most powerful spirits and drives the Black Mist back.

Second, Illaoi is tasked with seeking out individuals of great potential and challenging them with the

Test of Nagakabouros. This task is the burden Illaoi's title reflects. With her massive, holy relic,

The Eye of God, the Truth Bearer strips the subject's

spirit from their body then forces them to stand against her to prove their worth. She does this knowing those who fail will be completely annihilated, for the great Kraken has no tolerance for cowardice, doubt, or restraint. But destruction is never the goal. Survivors of the ordeal are forever changed and often find the will to pursue their true destiny.

Though Illaoi is the most powerful and respected Truth Bearer in a hundred generations, it is where she has broken the traditions of her faith that speaks the most about her. Having completed her training as a Truth Bearer, and at the height of her power, Illaoi left the golden temples of Buhru for the squalor of nearby Bilgewater.

The pirate city is the only place foreigners are permitted on the Serpent Isles, viewed as a fetid gutter by Illaoi's people. Previous Truth Bearers ignored the city and viewed the arriving foreigners as little better than untouchables. Illaoi broke with tradition when she chose to protect residents of Bilgewater from the Harrowing, or even more controversially when she decided that some of its residents had souls worthy of the great test. Despite this, only a handful of temples have been opened in the city, and very few paylangi (islander slang for residents of mainlander descent) have ever been permitted inside.

Regardless, it is Illaoi who has brought the widespread awareness of the Mother Serpent to Bilgewater, and it is her indomitable spirit that has brought her religion into favor there.

Rumors persist that Bilgewater's most bloodthirsty and infamous

pirate had his heart broken by the towering priestess. To anyone who has ever met her, this is no surprise. Illaoi's rough manner belies subtle intelligence, strength, and a magnetic confidence.

Many seek Illaoi's favor and welcome her to Bilgewater... yet everyone fears being

tested by the Kraken's Prophet. 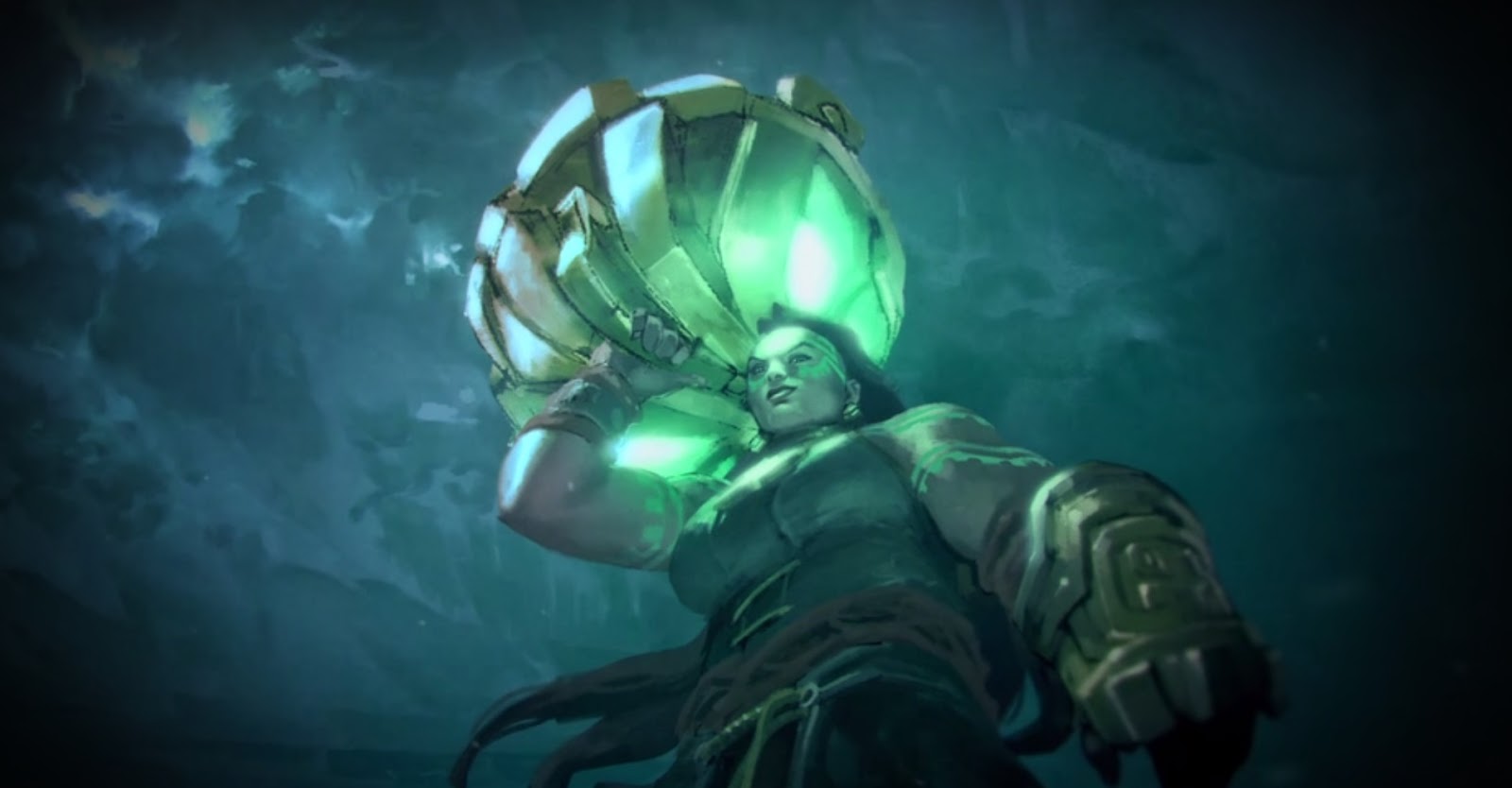 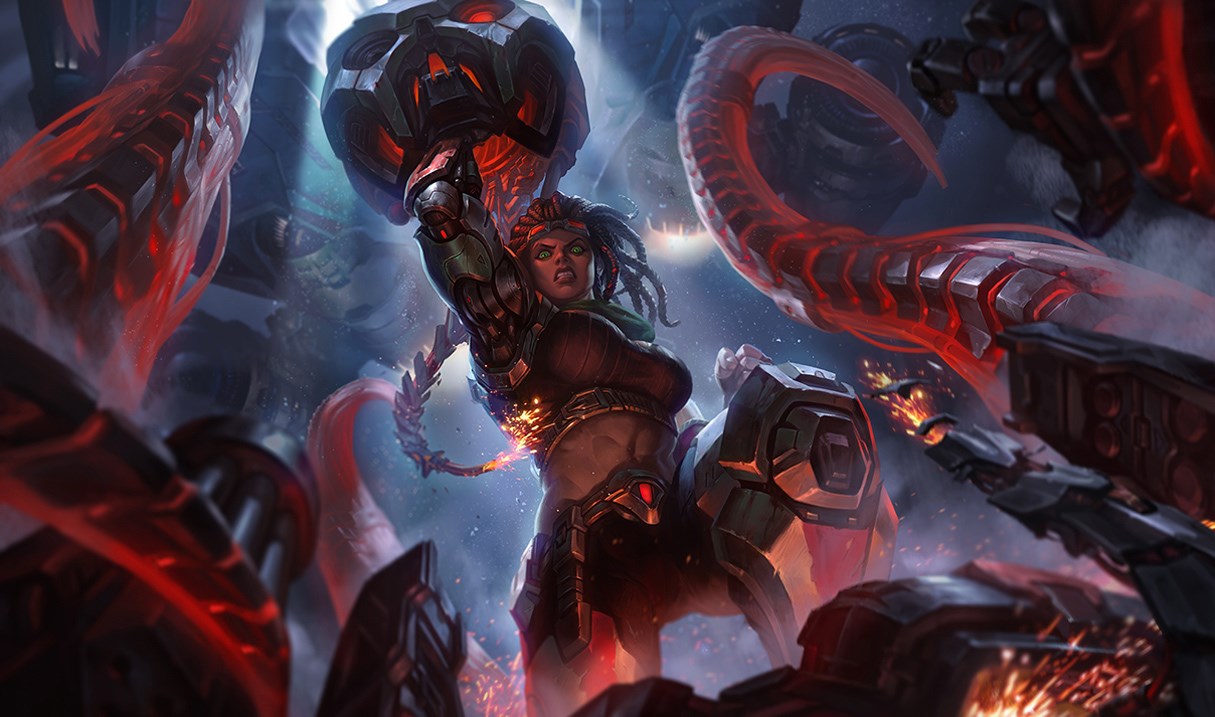 Retrieved from "https://leagueoflegends.fandom.com/wiki/Illaoi/Background?oldid=3012451"
Community content is available under CC-BY-SA unless otherwise noted.