Runeterra Prime
The Houhjo are an Ionian human tribe that occupy the two southernmost islands of the Ionian Archipelago, Galrin and Sudaro. The Houhjo's culture is centred around their custodial duties within The Temple of Pallas, which fell into disrepair after the Noxian invasion detailed in the comic, Heartlight, as well as the subsequent emergence of the Darkin,

Varus. Little is known of this island nation other than its involvement in Varus' backstory.

Aeons ago the Houhjo were visited by a gold-armored figure from the west. She informed them that the device she carried contained a great evil; that she intended to sacrifice herself in order to seal it away within a nearby well; and asked if they would maintain the seals for her after she was gone. The villagers accepted and built a grand temple to surround the well, and continued to perform their duties even after the purpose was long-forgotten.

Serpentleaf is a type of predatory flower native to the Nistaram Forest of Galrin. Serpentleaf poultice, if properly made, is used as an effective healing agent that dulls the pain but not the mind. If the flower isn't picked properly, its leaves are poisonous. The flowers lure insects with its scent and color. Some animals have adapted an immunity to the flowers poisons, eating it from the inside when its leaves close.

Vulkodalk is native to the Nistaram Forest of Galrin. This terrifying predator is a theropod-type creature with eight eyes on each side of its head, a large horn atop the snout, and a maw with multiple rows of pointed teeth. 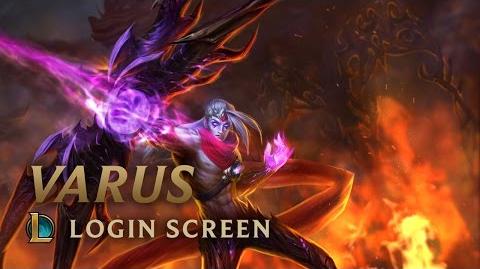