Hextech Crafting is a gameplay reward system implemented by Riot Games Inc. for

League of Legends and

There are special rules primarily concerning chests, but are implied to be extrapolated to other containers where applicable[2]:

Unless specifically noted, loot pools from skinlines will get updated as said skinlines expand with more items.

A Set is a two-part container comprised of a Chest and a Key, the chest being the source of loot and the key being a gateway to obtain the loot. 3 Key Fragments can be combined into a

A Mystery Token contains a random piece of content from a given category.

A Champion Capsule contains a small collection of content, potentially including one or more champion shards, and/or a modest amount of

Blue Essence. Champion Capsules are rewarded to the player when they level up. The first is rewarded at level 5, and they are then provided at every level up thereafter, with some milestone exceptions.

Blue Essence, as well as Ward skins and exclusive "Legend" emotes. Glorious Champion Capsules are rewarded to the player when they reach level 30, as well as every 10 and 25 levels thereafter.

Due to the lack of shards for TFT loot, a Little Legend Egg contains loot valued about the same as a capsule. Series eggs and Rare eggs have the same drop rate:

If all Little Legends variants are obtained, a Rare Egg is rewarded instead.

Hextech Crafting includes uncommon crafting, as well as loot from other systems.

During events, Riot usually introduce limited special crafting items. Most of them are available to be bought from Riot Store using

A Bundle Token usually offers as much loot as a Capsule, but distinguishes itself as loot from unique events.

A Bag is a rare bounty that can vary per event (e.g. 5 skin shards). An event may introduce a Jackpot instead, which offers more loot in lower denominations.

The icons depicted are an older design, used here for readability.

Champion Skin Shards
While not being directly available in the store, Mythic skins (e.g.

Prestige K/DA Kai'Sa) cost are considered to be

Medieval Twitch) are considered to be

Featuring an all-new model, textures, animations and particle effects as well as new sounds, Hextech Annie is intended to be available exclusively through hextech crafting and the loot system by acquiring 10 gemstones either in normal chests and promotional chests through rare drops or by picking up special promo chest bundles (which'll guarantee a gemstone drop). Gemstones are rare loot drops that can be crafted into a chest and key bundle or saved to combine to craft Hextech Annie.

Promo chests will only be available at limited times and may have different content inside compared to normal chests. For testing on the PBE, we've unlocked Hextech Promo Chest bundles in the store so players can pick up Hextech Annie as soon as possible. During this test, buying one of the 10-chest bundles guarantees a gemstone in addition to the gemstones you can find in the chests themselves.

Lastly, we're pretty sure everyone's used to this by now, but please keep in mind the promo chests have been heavily discounted for testing on PBE, and the drop rates of items in the chests may also change before we go live.

Leave your feedback on the skin or even the idea of a free, exclusive skin in hextech crafting below, and we'll see you on the PBE battlefields!

Hextech Chest was created when we launched the Hextech Crafting feature in 2016. It was well received, but not without a problem. We could not use the chest in Tencent region due to China's gambling regulation. We could not display any form of container that requires a key in China, so we had to create another form of loot mechanic for Tencent region, the portal.

During the MSI event of 2017, we saw an opportunity to introduce a new container that can be used in all regions without any constraints. After exploring many different concepts we have arrived at creating the Hextech Capsule.

We started off doing some sketches for different forms of container to make sure we are not missing an opportunity here. We agreed on the form of a capsule since it offered more flexibility and scalability for the future development of this container. After many iterations on the Capsule design, we've finalized the Hextech Capsule that was highly influenced by Hextech shape language that is unique to League of Legends. 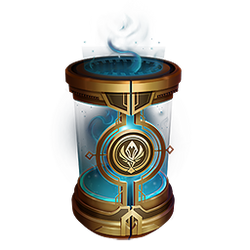 Hextech Capsule is a magical device. It's made of solid materials containing magic, which will drop loot items when opened. In order to avoid breaking the gambling regulation in China, we kept the sides of the Capsule opened, as well as the top to make it look like it's not a container. There is an energy channeling on the bottom of the capsule that shoots lase like magic to make the capsule look contained so we can convince our players that it's a container.

Creative even themed Hextech capsules following the MSI capsule was not difficult since we have a very clear set of rules for creating these capsules. Infusing event themes into these capsules were rather exciting exercises that I went through to create its unique look with the fundamentals of the Hextech Capsule design. 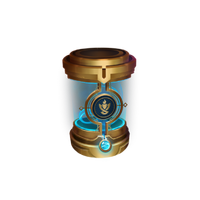 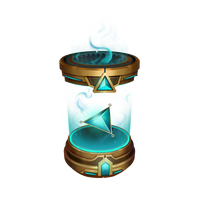 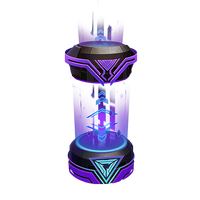 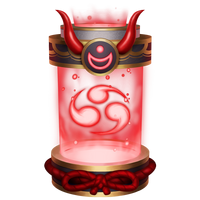 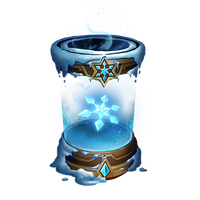 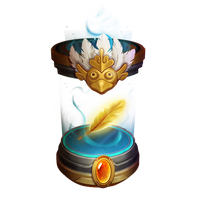 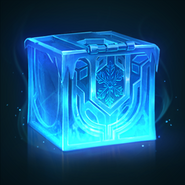 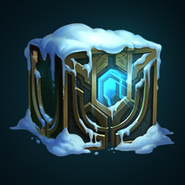 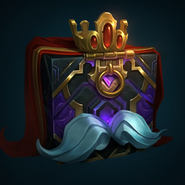 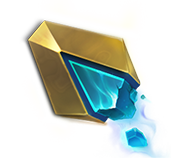 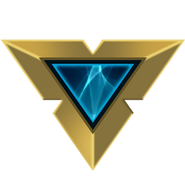 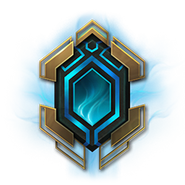 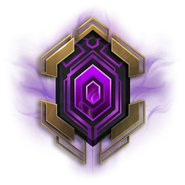 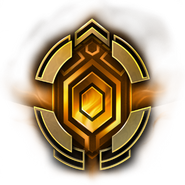 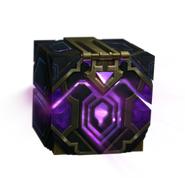 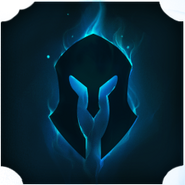