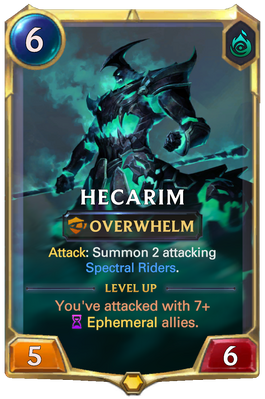 That's not thunder. The Shadow of War is on the horizon. 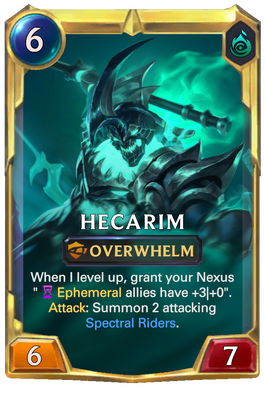 Listen. Hear him ride. The trampling of hooves. The creak of armor, long-worn and rusted. The ghostly cries of soldiers, echoes of the past. The resounding silence that follows. 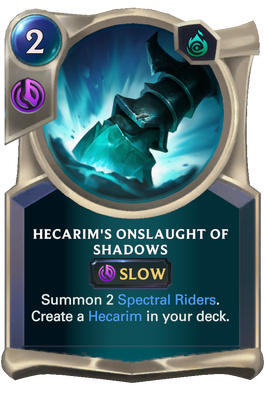 Shuffle a Hecarim into your deck.

They live now as they died then: loyal 'til the very end.

Allied Mark of the Isles

Legends of Runeterra
Retrieved from "https://leagueoflegends.fandom.com/wiki/Hecarim/LoR?oldid=3079154"
Community content is available under CC-BY-SA unless otherwise noted.